Good day, friends; it’s Friday, May 25, 2018, and the beginning of a three-day weekend in the U.S. (Memorial Day). But there’s no rest for Duck Tenders; the little ones need to be fed.

It’s a great culinary holiday for humans: National Wine Day, and I may crack a bottle of aged Rioja. Douglas Adams fans will also know it’s Towel Day, and if you know that you may want to celebrate another holiday today: Geek Pride Day.

On this day in 1521, the Diet of Worms ended (I bet the participants were greatly relieved when they could eat real food) when the Holy Roman Emperor, Charles V, declared Martin Luther to be an outlaw. On May 25, 1878, the Gilbert and Sullivan opera H.M.S. Pinafore opened in London.  Exactly 17 years later, Oscar Wilde was convicted of homosexual behavior (“acts of gross indecency”) and was sentenced to two years in prison, which broke him.

A banner day in the history of teaching evolution; on this day in 1925, John Scopes was indicted in Dayton, Tennessee for teaching that humans evolved. This day in 1955 saw the first ascent of Kangchenjunga (8,586 m.), the third-highest mountain in the world (do you know the second?). A British expedition led by Charles Evans put Joe Brown, George Band on the summit on this day, followed by Norman Hardie and Tony Streather on May 26. On May 25, 1961, John F. Kennedy declared before Congress that the U.S. would put a man on the Moon before the end of the decade. We did! Here’s what he said (the Moon part starts at 2:22):

On May 25, 1977, Star Wars was released in theaters. I still haven’t seen it. And on this day 7 years ago, Oprah Winfrey aired her last show after 25 years on television. No tears from me.

Today’s Google Doodle (below) celebrates the Chinese-American cinematographer James Wong Howe, nominated ten times for an Oscar (he won twice, for Hud and The Rose Tattoo). From C|Net:

Howe worked on more than 130 films during his career, including the 1934 comedy-mystery The Thin Man. The movie, nominated for the Academy Award for Best Picture, was added to the US National Film Registry in 1997, having been deemed “culturally, historically, or aesthetically significant.”

Howe, who served as cinematographer on the movie, was honored Friday with a Google Doodle on the anniversary of the film’s release.

. . . This doodle was scheduled to run a year ago, but was withheld out of respect when Hurricane Harvey struck the South.

“Though we don’t usually run Doodles more than once, Howe left such a unique and indelible mark on American cinema that we decided to run the Doodle this year on the anniversary of the release of one of his most notable works,” Google said in a statement. 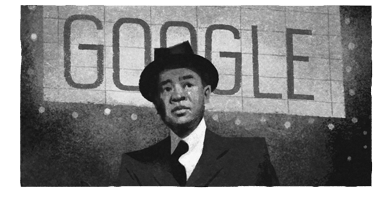 Capa was a brave man, and one of the few photographers who went ashore with troops on D-Day, snapping pictures under fire. Here’s the US. landing on Omaha Beach, June 6, 1944: 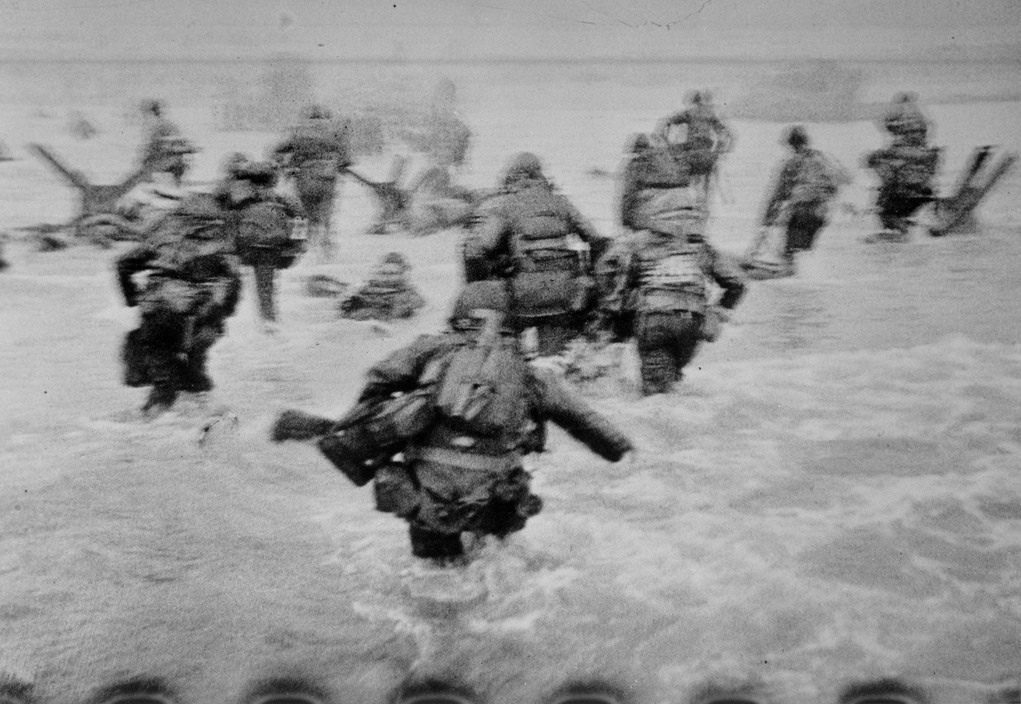 Meanwhile in Dobrzyn, for once Cyrus is smarter than Hili:

Hili: The more I think the more pessimistic I am.
Cyrus: Stop thinking. 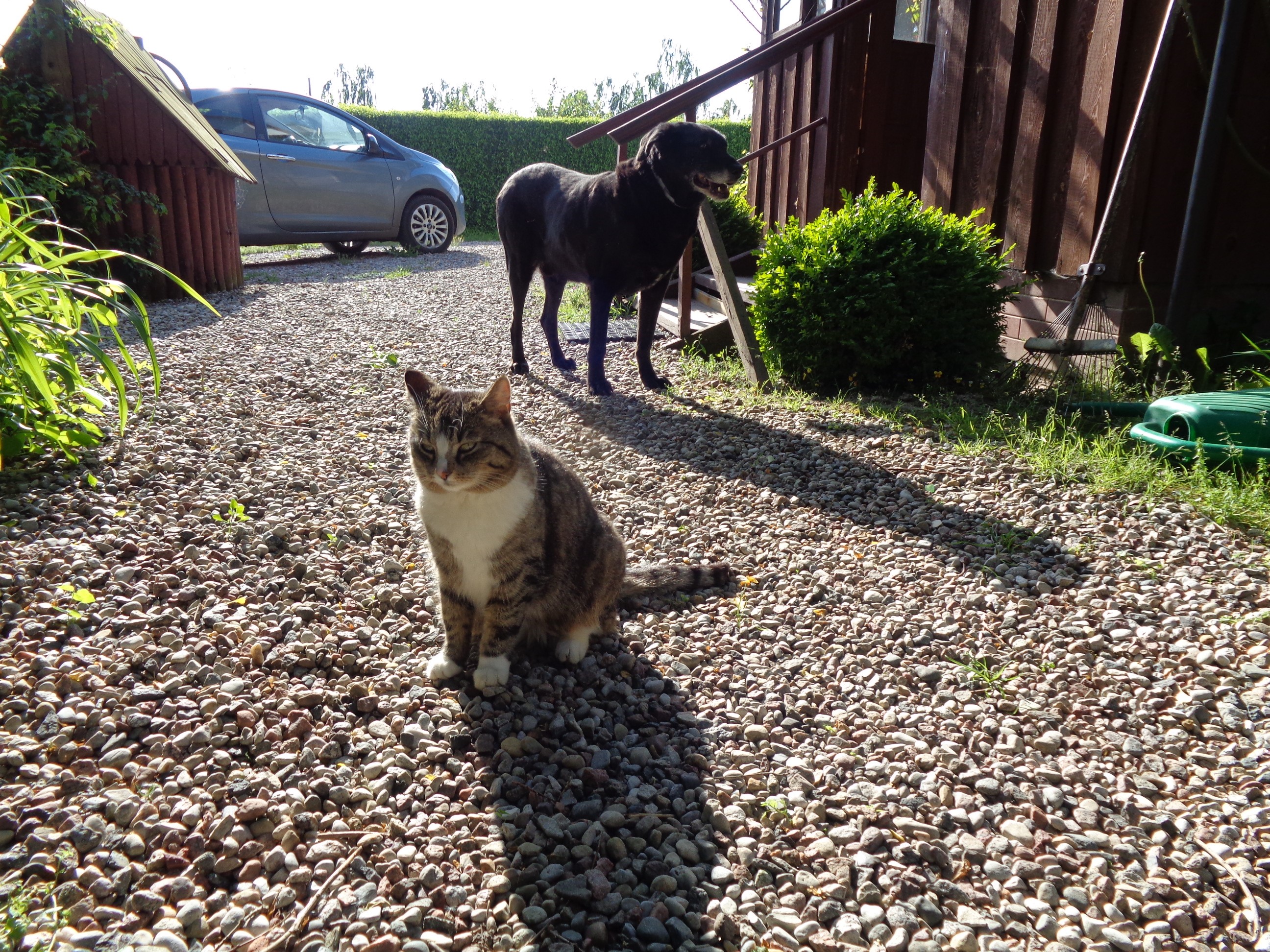 Up in Winnipeg, Gus is enjoying the balmy weather: 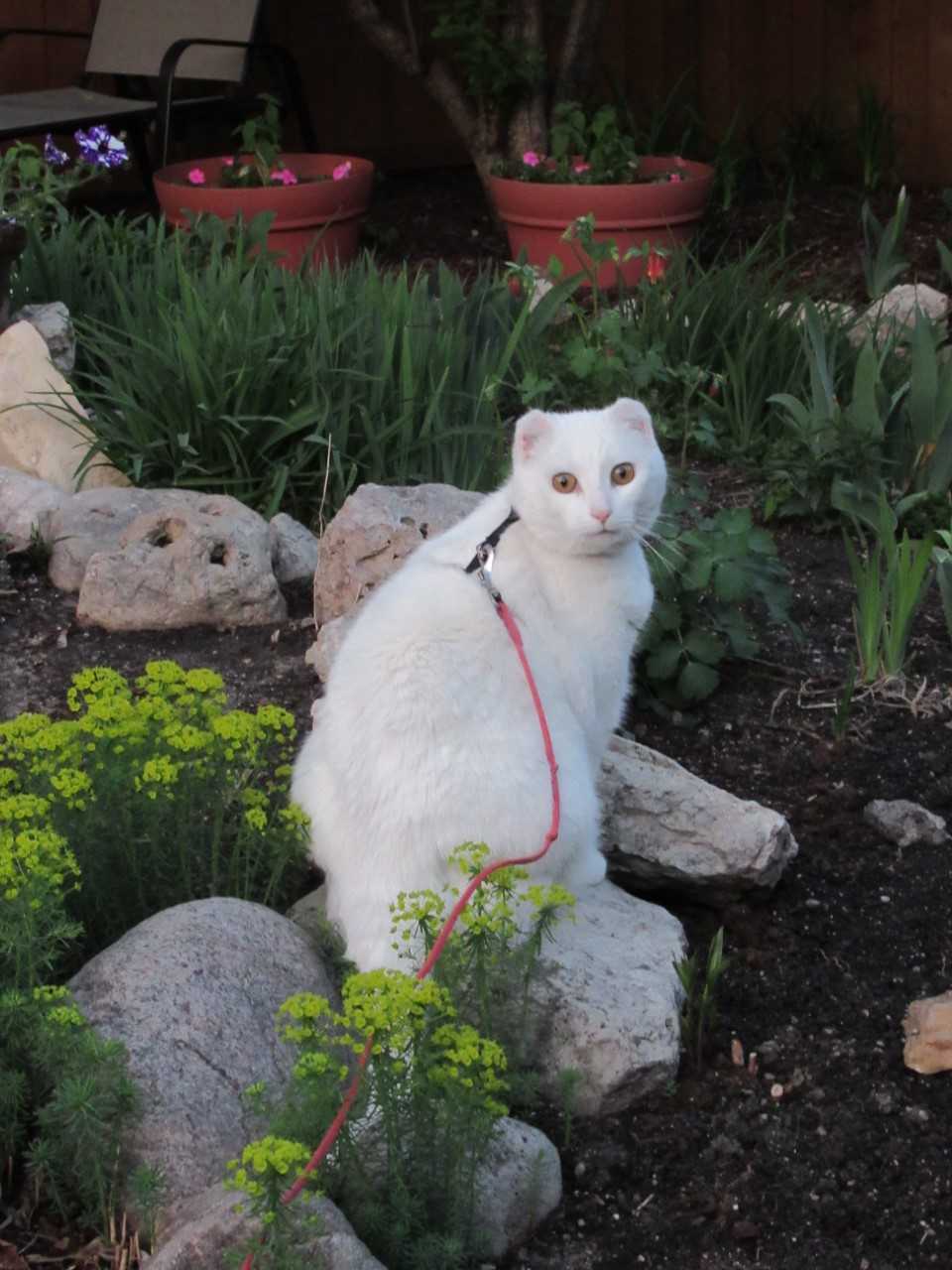 Grania says that this is an important use of Twitter. When you vote you will see the results:

The Monty Hall problem, whose solution (switch doors if you see one that you didn’t choose opened without a prize behind), is counterintuitive. I’ve never seen the problem instantiated in real life beyond the game show, but here it is. Many people still don’t believe you should switch doors, but I will bet anyone $50 (one person) that it’s the best strategy. Switching burritos gave this guy a higher chance of getting the steak.

Real life Monty Hall problem. One of these breakfast tacos has steak. I want that one. I pick the far left. Wife tells me far right taco is black bean. I switch to the middle taco. I win steak. pic.twitter.com/LgUSwFdl3c

What should have been the Trump/Kim Jong-un summit coin. I tried to order one of the real ones yesterday, but the website was overloaded.

From Matthew. LOOK AT THOSE BIRDS!

This astonishing image of roosting European Bee-eaters by @Laziobirder featured in our Photo of the Week article, which can be viewed here: https://t.co/OQGUnVFaNj pic.twitter.com/yWR6S45Byv

What is a group of wolverines called?

Wolverines are solitary (unless with dependent young), don't know what led to this grouping but wow! that is a large PACK of #wolverine.
Footage from #Russia
Video from @algis_2018 Instagram pic.twitter.com/DmHs6l8iX0

Drosophila costumes! One has a white-eye mutation.

Last night at the Eden project people were dressed as fruit flies and I took this photo for you @emilyrosech pic.twitter.com/92Vgh6IujH

There's a lot of intelligent stuff I could say about Mexican Mole Lizards, but most importantly, they have tiny little hands. pic.twitter.com/47odmCx2af

And a burning question:

Does anyone know why hyena nostrils are shaped the way they are?#MammalWatching #Hyenas #Kruger pic.twitter.com/il1WtS8xEX

And from reader Dennis: