I’m not suggesting here that a respectable news source is completely identical to the New York Times, but I have suggested that the good gray Times is becoming—despite Bari Weiss and a few conservative columnists—more Authoritarian Leftist. Witness the opprobrium that Weiss got from her fellow reporters on a backchannel discussion group. Part of this is due to their younger journalists, educated in Control-Left colleges, and part is a reaction to Donald Trump’s election.

Here are very similar articles from today’s NYT and today’s HuffPo (click on screenshots to see why The New Era is Dawning).

The “new era” stuff is bunk, of course; Prince Charles is next in line to be ruler, and after that Prince William. Prince Harry, who supposedly ushers in the New Era, has a snowball’s chance in hell to be king. Yes, it’s great that they had a gospel choir and a shake-’em-up American preacher at their wedding, and people got all excited that Oprah and George and Amal Clooney were there but in the end Harry and Meghan will retire to one palace or another and, I hope, do some good charity work. But a New Era in royalty? What would that constitute? And how would someone who will never be king even do that? 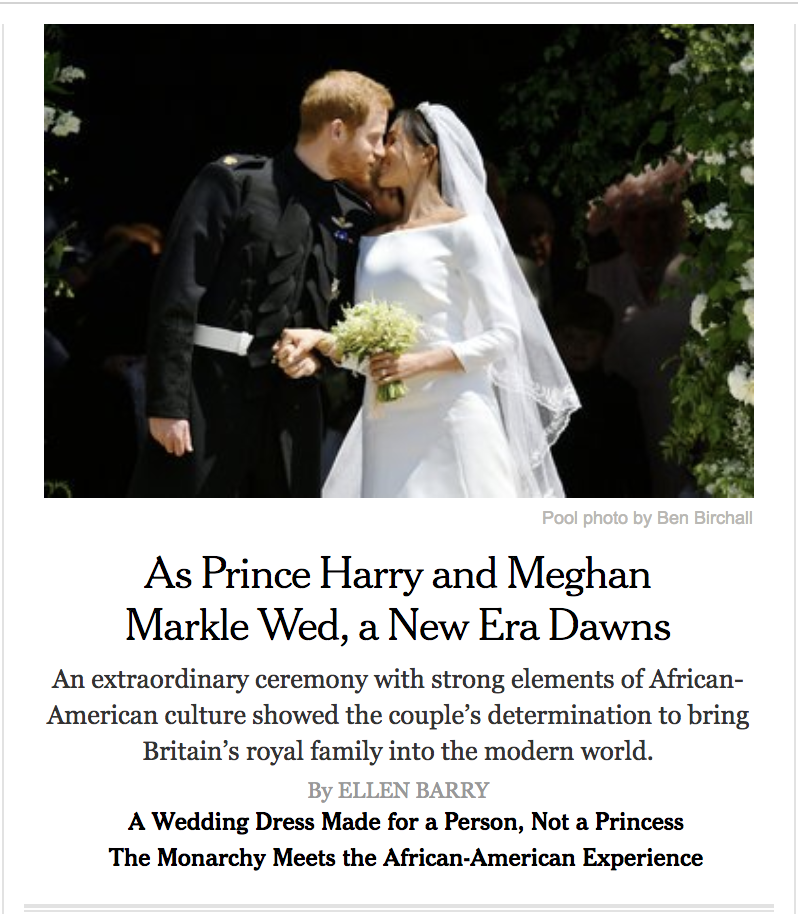 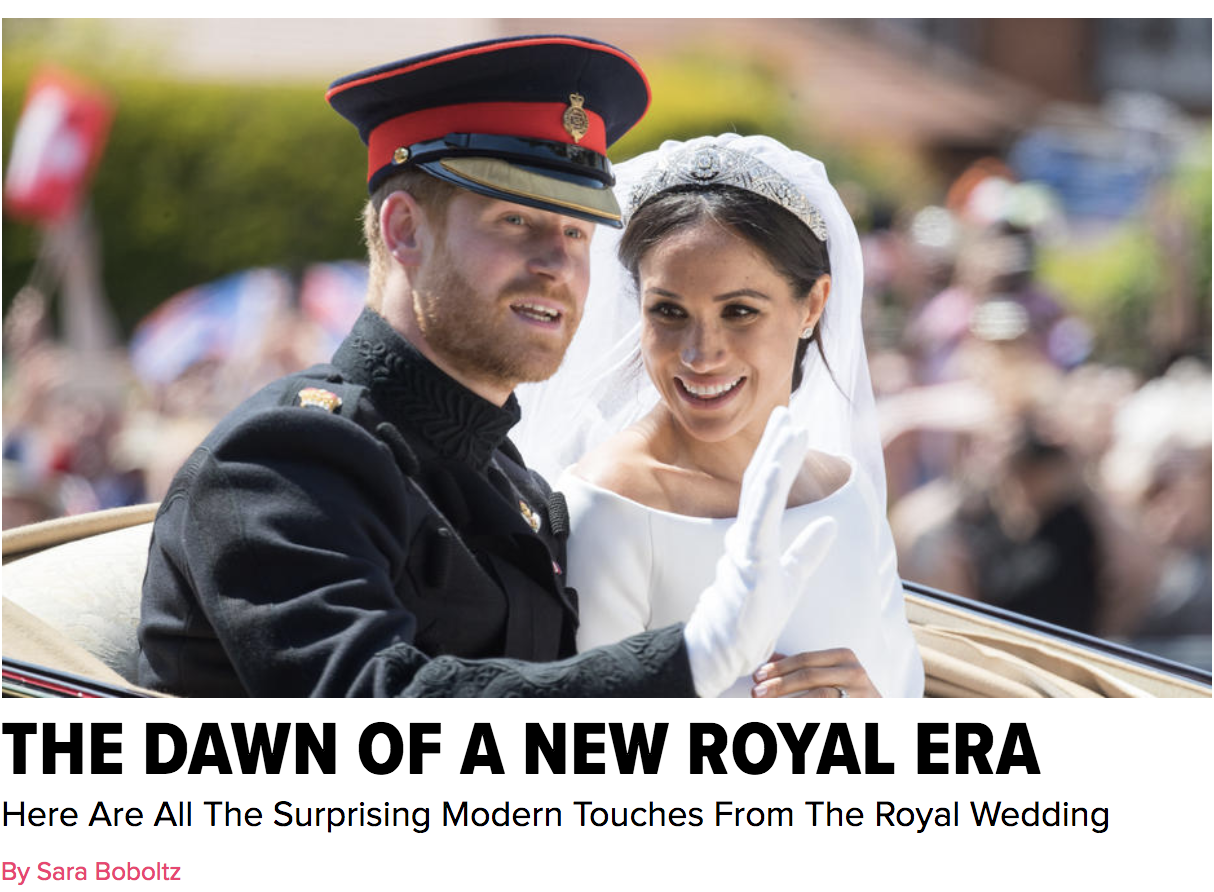 And one reader, incensed at HuffPo’s coverage of the royalty, sent me screenshots of the site’s front page. It’s becoming a tabloid, and I won’t shed any tears when it goes away. Here’s the international breakdown of readership, and the one-month drop in viewers—part of a steady decrease: 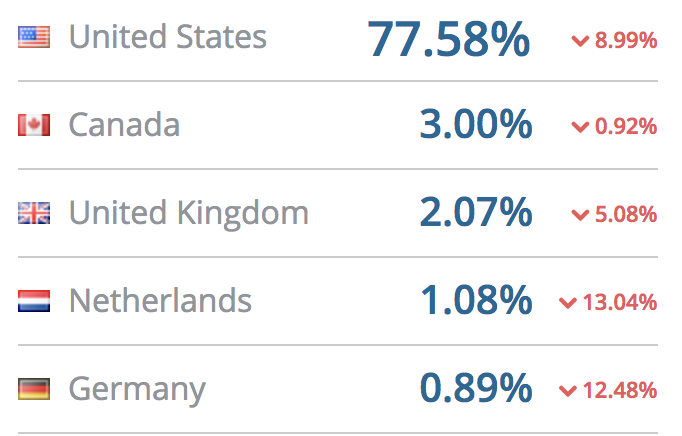 Note how many of yesteday’s front-page articles were devoted to the royal wedding. I count 15 out of 21, or 71%. The header: celebs at the wedding (the Clooneys, of course): 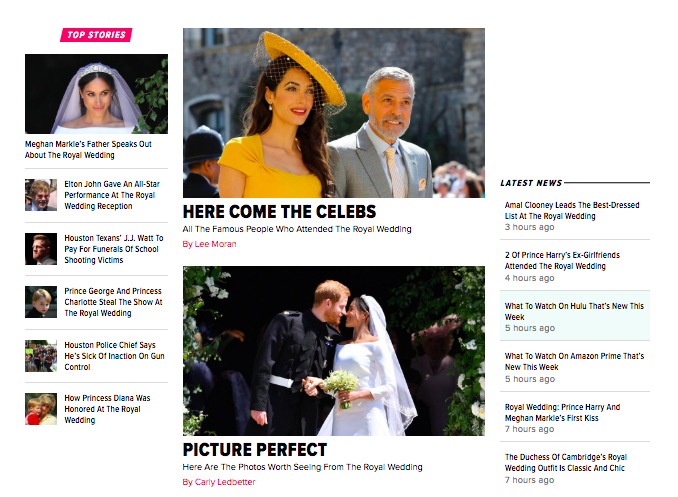 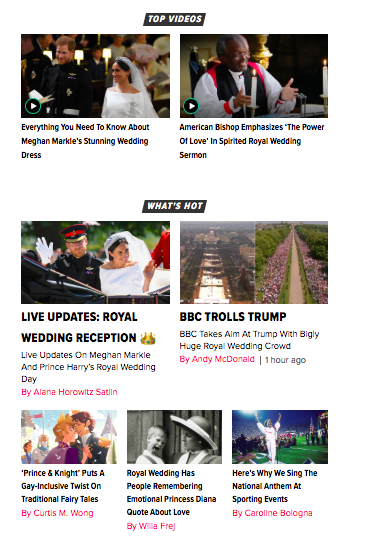