I haven’t posted much today as I’ve spent much of the day with co-duck-tender Dr. Anna Mueller, going to Home Depot to buy bricks and then putting them in the Duck Ring of Death. This morning I discovered that, as I’d feared, one duckling got trapped in the “duck island” last night, couldn’t jump out over the high lip, and died of exhaustion or drowning (picture below fold if you want to see). Physical Plant couldn’t do anything today, so we decided to put a ramp in the island so that wouldn’t happen again, and fill it up with bricks to allow egress as well as a place to rest. To do that, I had to carry heavy bricks in very cold water up to my thighs. But I’d do that for Honey and her brood of nine. I’m very sad that she’s lost one of her babies.

Here are some photos of our modifications of the duck ring, which, as I’ll relate below, will be turned into a lovely resting place tomorrow. All photos are by Anna Mueller.

Putting bricks of various sizes in the Duck Island of Death: 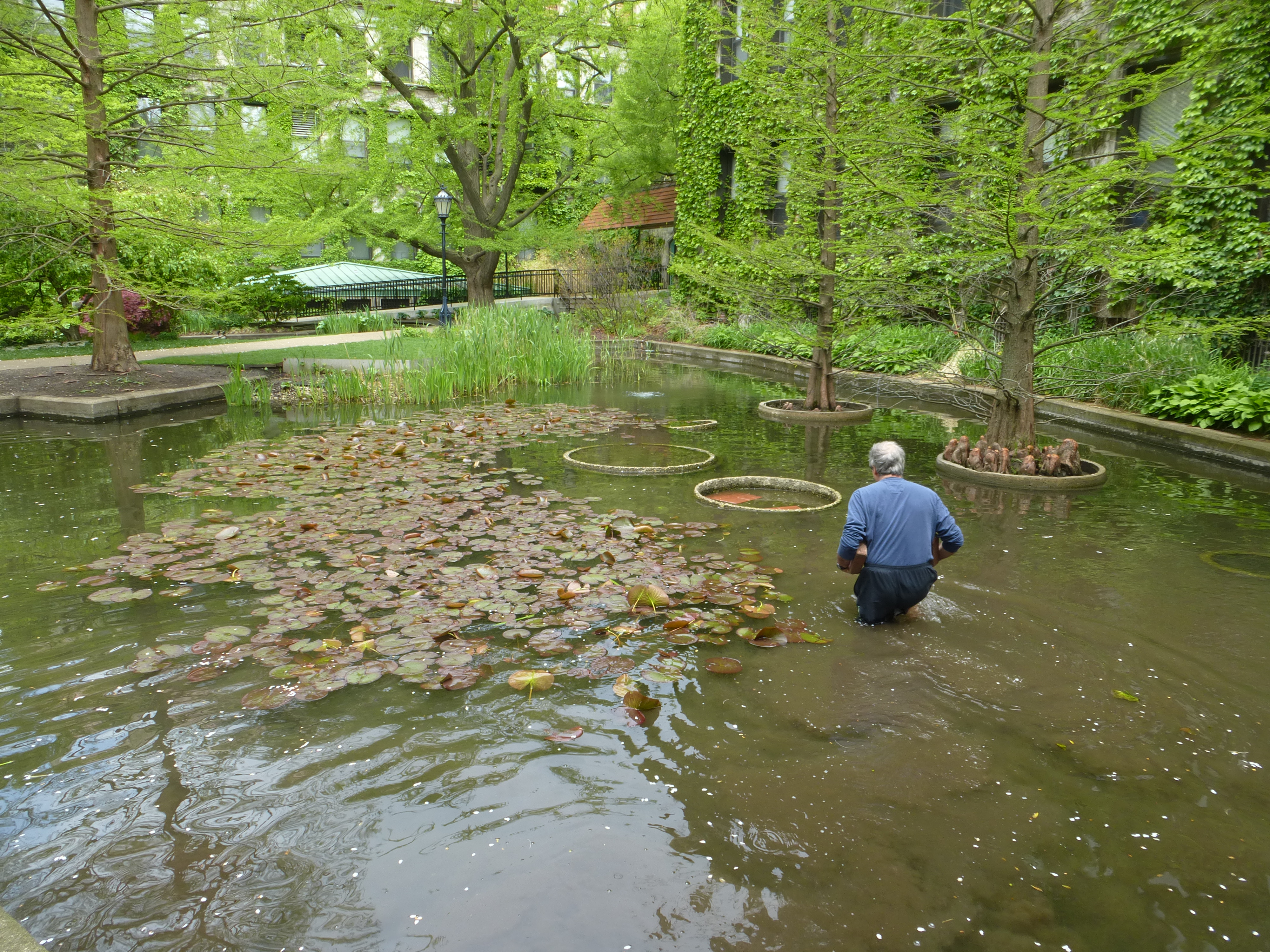 That water was cold, and the pond is uneven and muddy; it’s tricky walking with heavy bricks: 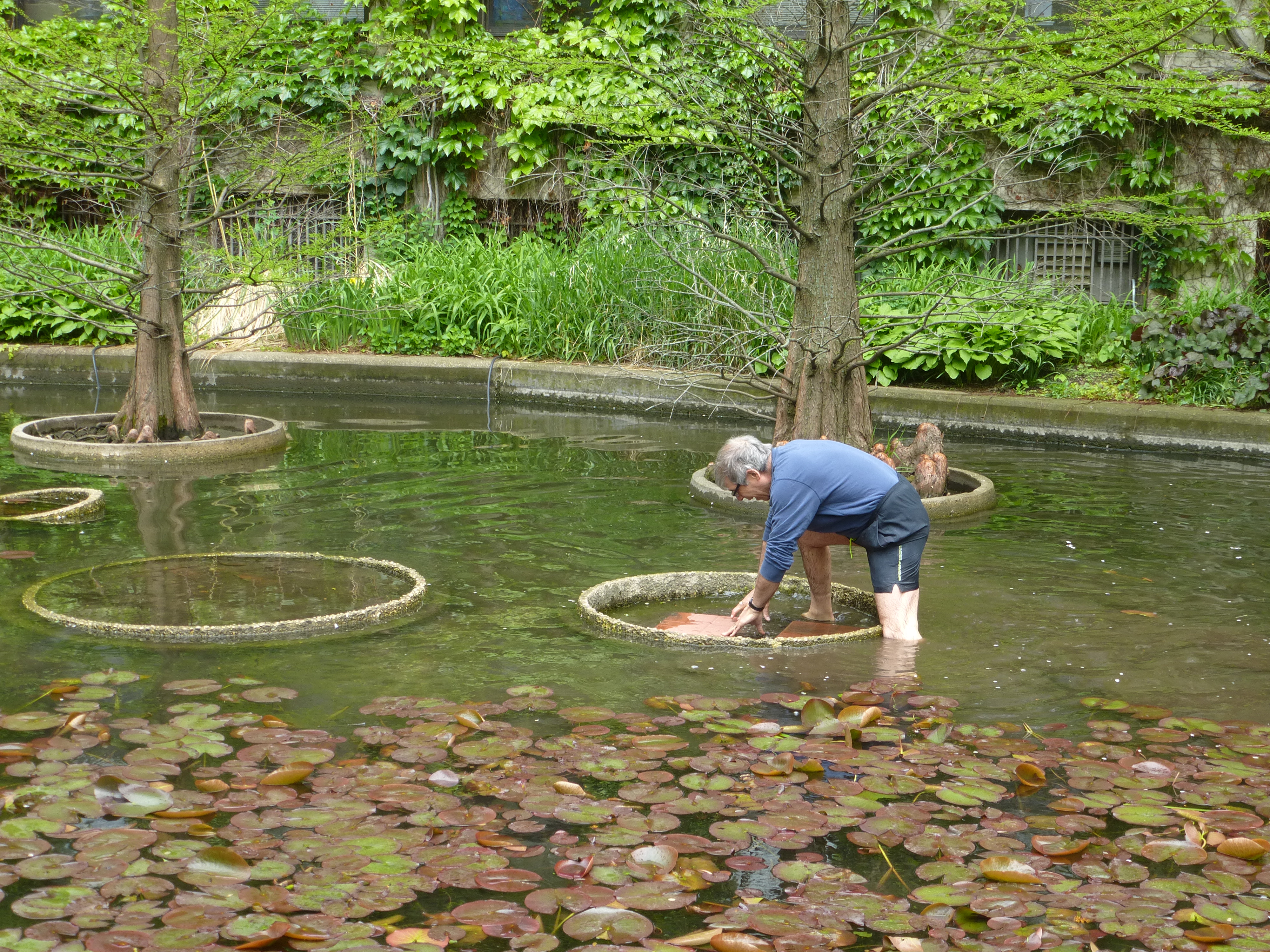 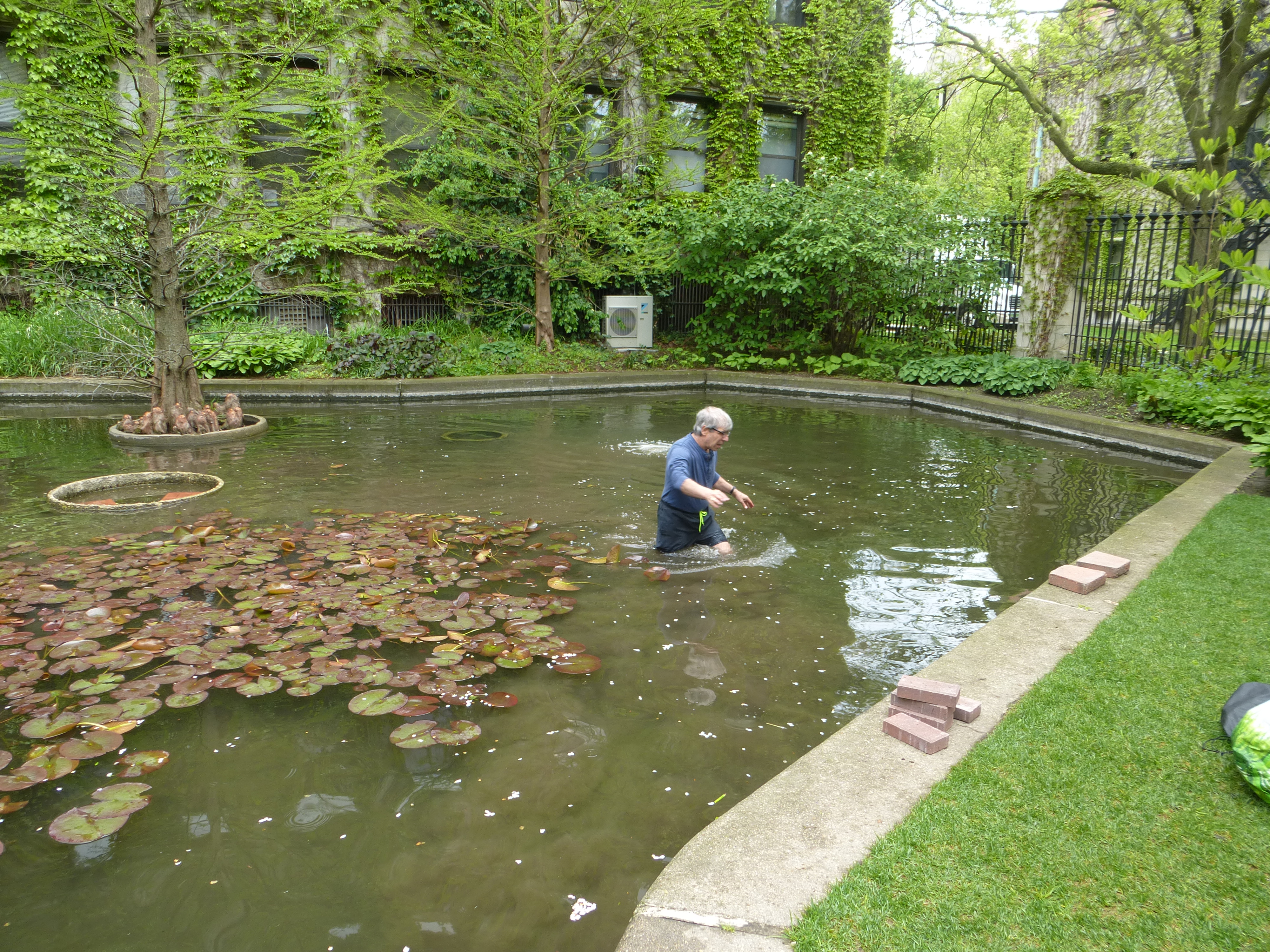 After a while, a nice guy from Physical Plant came over, and despite my telling him he didn’t need to get into the water, he did—with his uniform on! He brought a small bucket of bricks with which we filled in the ring, and a long piece of stone that served as a ramp to allow the ducks to avoid being trapped. 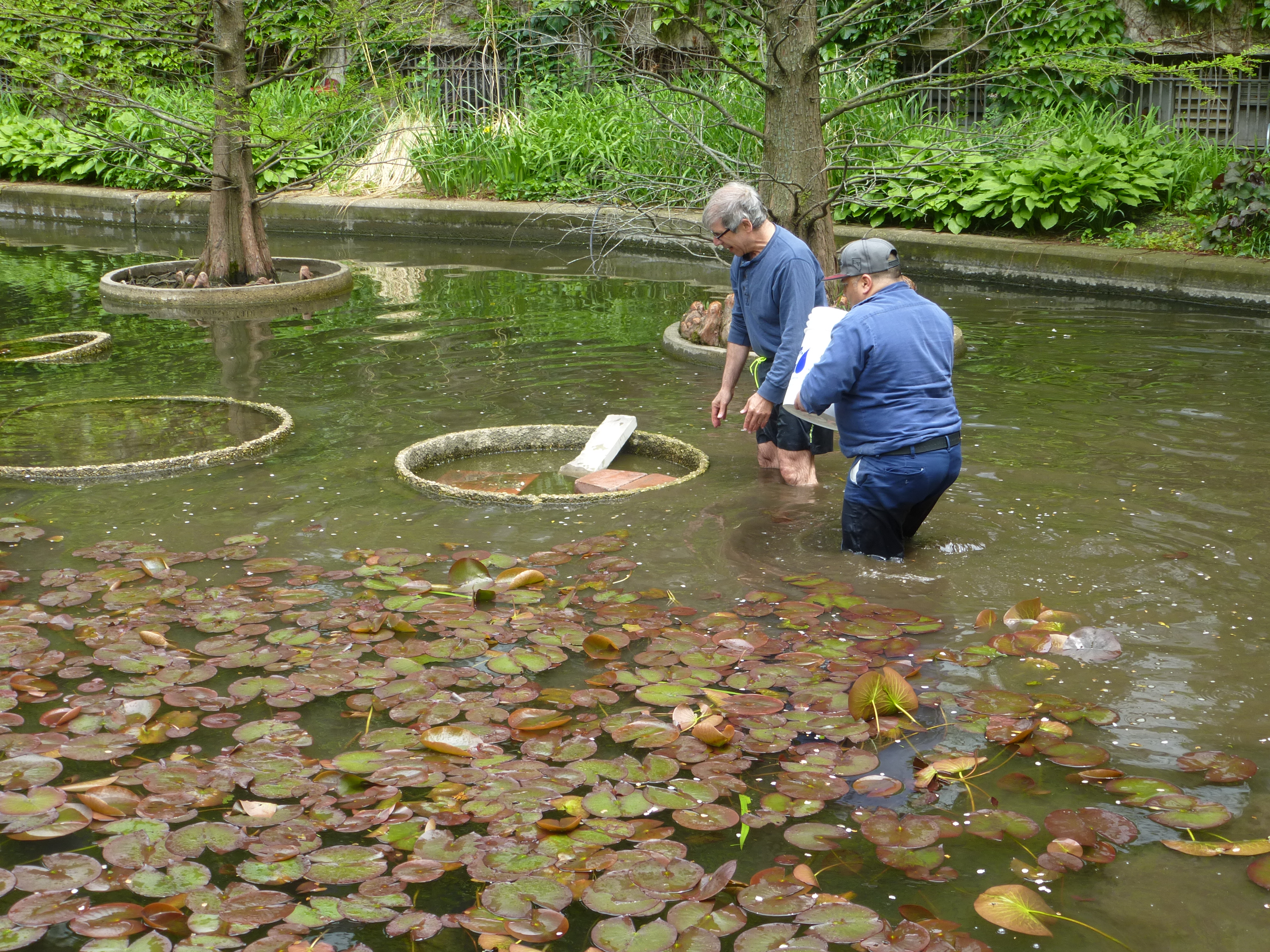 The final appearance until tomorrow: 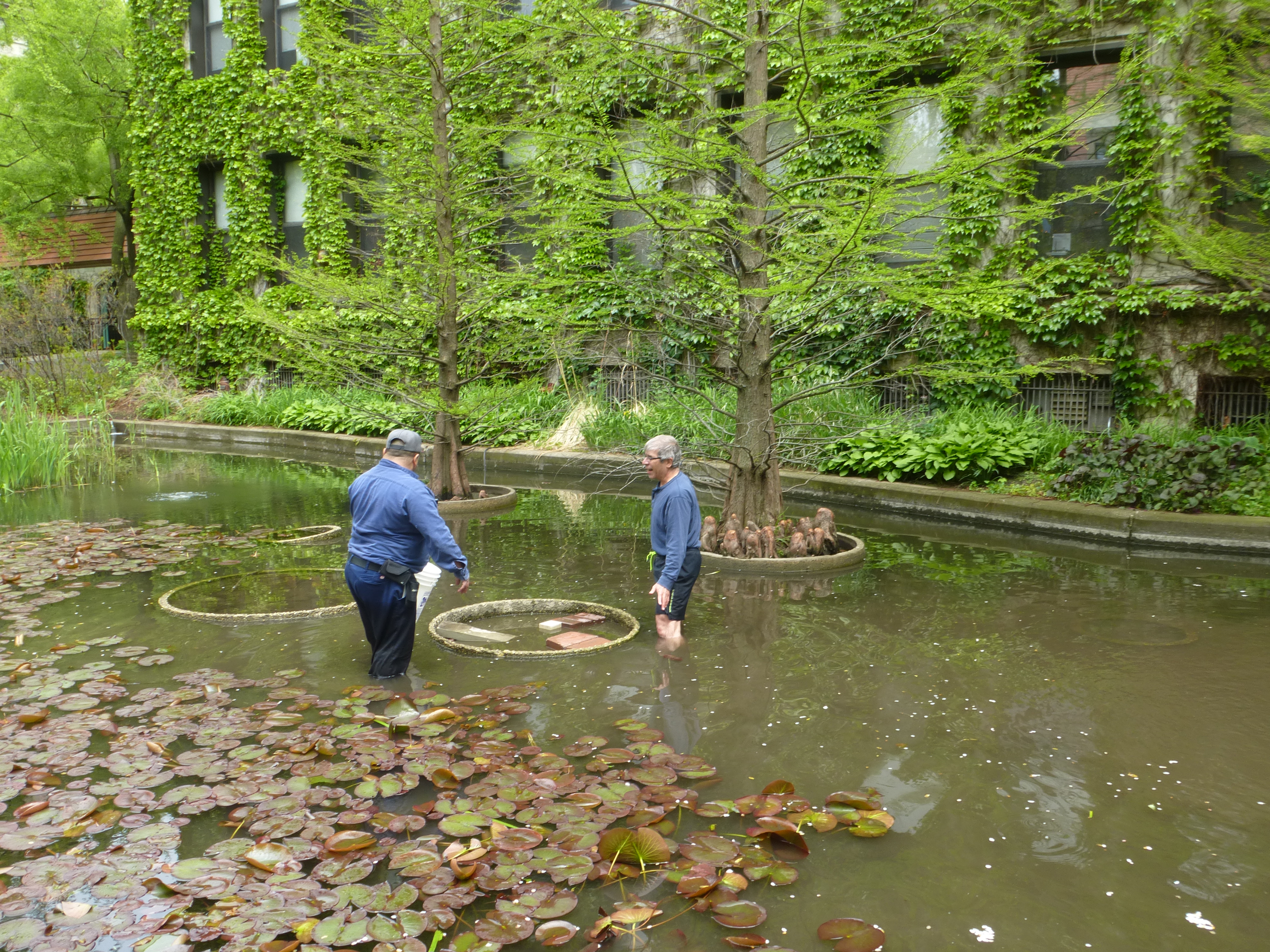 Then the Boss came over, and we worked out what will be done by Landscaping tomorrow morning.

If this is done, then the brood stands a good chance. I was assured these fixes will happen, so keep your fingers crossed. Right now Honey has to rest on the bank with her body and wings covering all nine cold babies.

Click “read more” if you want to see the poor dead duckling. 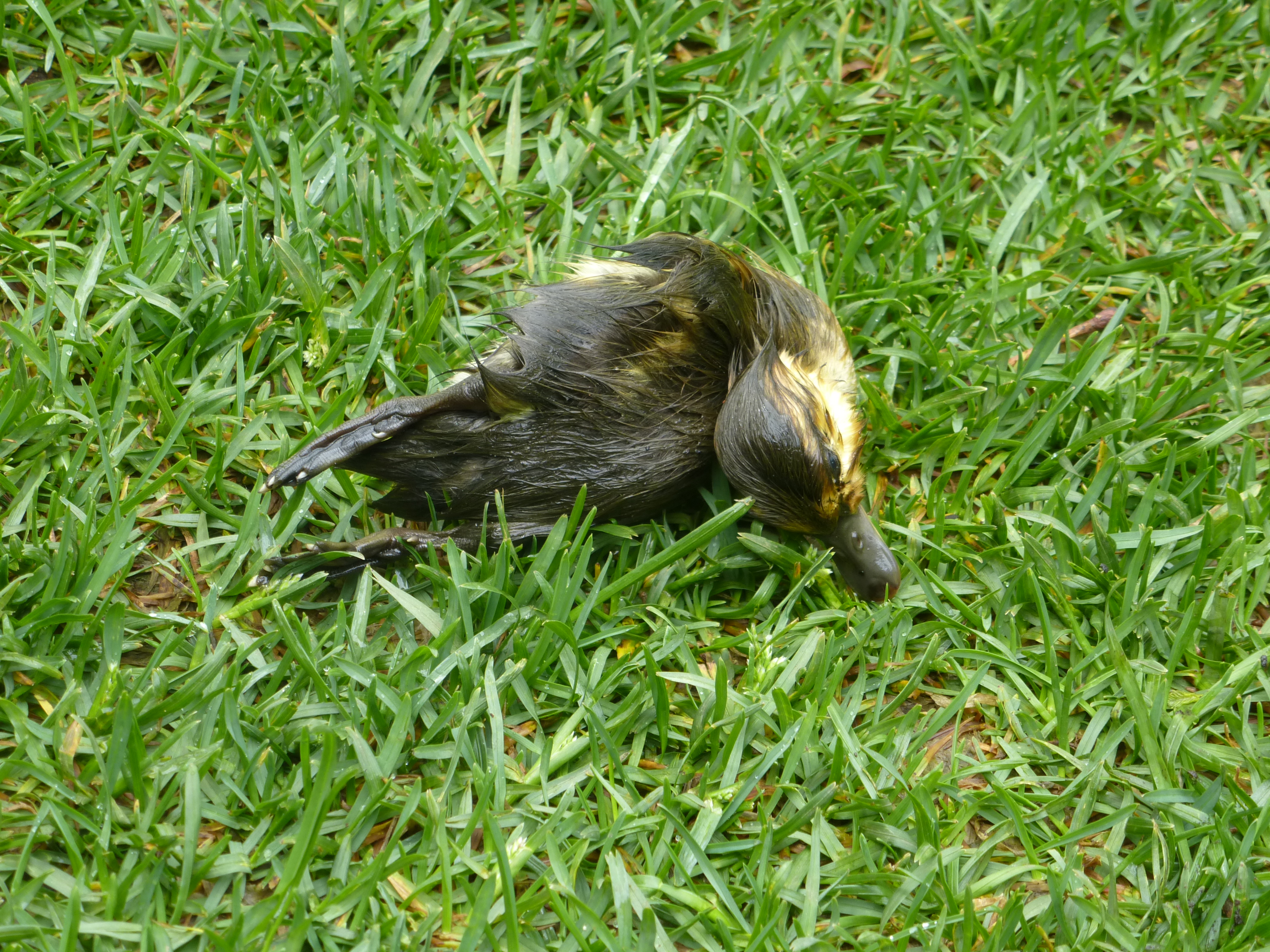