Thanks to Hassan Radwan for today’s script. The comic is basically a rewrite
of his Tweet: 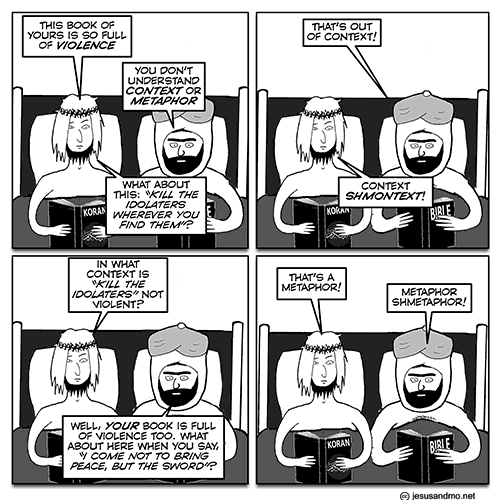 The problem here, of course, is that it implies that just as many Muslims as Christians see their scripture as metaphorical. But the data show that a far higher percentage of Muslims are Qur’anic “fundamentalists,” thinking it must be read literally. Thus, while you’ll find “metaphorizers” in both faiths, Islam hasn’t yet quashed its literalism as much as Christianity (or Judaism).