The news this morning is already grim, with a terror attack in Paris last night and another in Surabaya, Indonesia. The other predominant bit of news in Europe this morning is that Israel won the Eurovision. The song is utterly weird, but you can watch it here.

It’s Stevie Wonder’s birthday today, so that gives me the perfect excuse to listen to a couple of tracks from his prodigious catalogue.

Cats are kind and gentle and soft

A new and ingenious use for cats

It’s just as well they do not have opposable thumbs.

So my cat fucking full on just walked in and dunked a fucking dead mouse in my fucking glass of wine and honestly I'm livid pic.twitter.com/Z8AvB5zcUA

A Spanish Millipede (I think) for you. pic.twitter.com/vpBj8WD61Y

And a fossil. Noah had a lot of seriously big marine predators to consider when he built his boat.

It is a mother’s job to embarrass her children

JFK asks his Mother (after Cuban Missile Crisis) not to contact Nikita Khrushchev again without asking him first: pic.twitter.com/7zEQiPvndU

It's been two years. So it's worth revisiting the time a friend was slightly confused by her + Jews! travel charger. Before she realised it was iSmart, upside down. pic.twitter.com/rKj39UNJGh

Finally over in Poland Hili appears to be approaching apotheosis. Or at least, so she thinks.

Hili: In the beginning was the word and the word was “cat”.
A: And now you are inventing things, too. 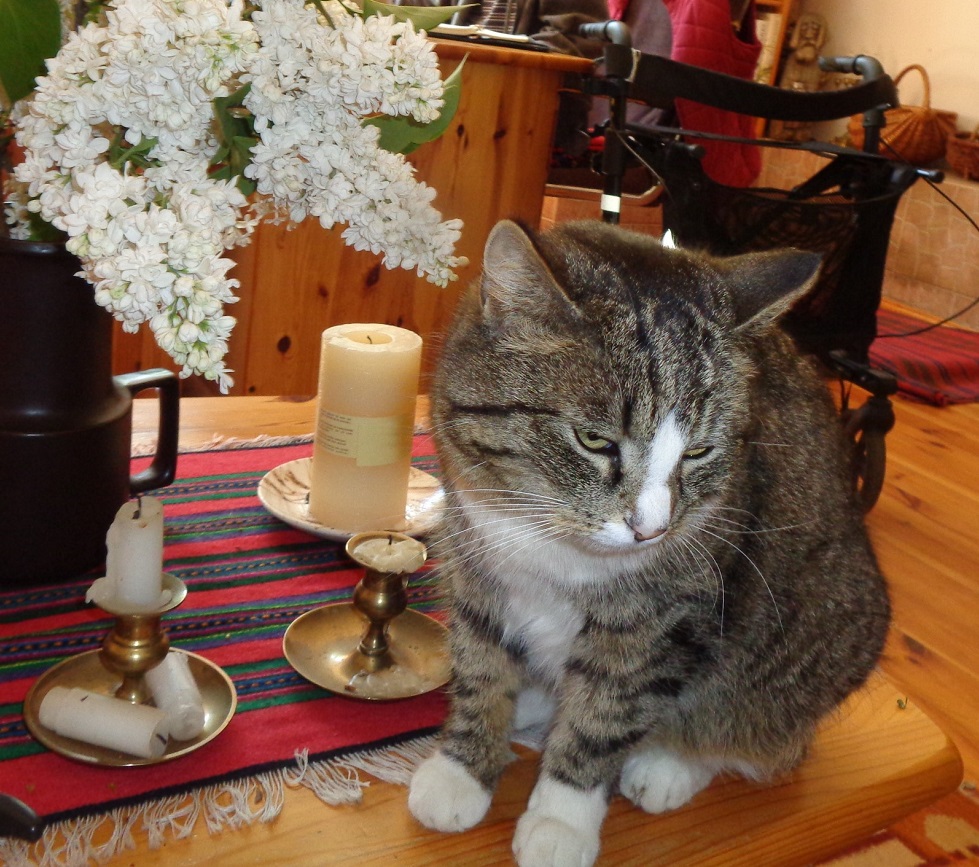