It’s the day after the socially acceptable display of cultural appropriation by the planet’s richest and most vacuous twits. I have no idea why the usual woke suspects aren’t announcing their horror and disgust at this year’s  wholesale appropriation of a religion imagery and its major characters (can you imagine the response if Lana Del Rey and Jared Leto had turned up as Muhammad and Aisha rather than Mary and Jesus). I assume that people assume that Catholicism is a white religion and therefore fair game. In the facts-based universe however, Catholicism has far more adherents in South America, Africa and Asia than the US and Europe combined. Anyway, apparently the pope doesn’t care and God knows* that the whole rotten institution doesn’t deserve a shred of respect. Still, try this as a social test over the next few days: those expressing disapproval over this stunt will be labelled entitled and intolerant by the very same people who last week were upset at a schoolgirl for wearing a qipao.

It’s Billy Joel’s birthday today (1949) which gives us a reason to listen to a couple of songs. He’s had a prolific career and it’s impossible to choose just two that would be representative of his body of work.

Lenin in the marketplace

Pollen Bomb! Eric Henderson wondered what would happen if he tapped a pollen-laden tree with his backhoe in Millville, NJ. His wife Jennifer grabbed the video. Makes you want to sneeze!#AllergySeason pic.twitter.com/L2cURSNmXf

And apparently it’s Eurovision time once again, and you guys outside Europe can watch too.
May God have mercy on your souls.

This song IS in English, it’s just beautiful gibberish. How do you spell “prrrrrmmmmm pom pom brrrruppp”? #Eurovision pic.twitter.com/vi7uag0rs6

Also, Ireland is through to the finals.

It was a tense wait, but Ireland and @Ryan_Acoustic made it to the #Eurovision final!https://t.co/vg5gfZvkIz

Finally, our furry friends in Poland are discussing the weather, as one does.

Cyrus: Is it global or local warming?
Hili: It depends on what data you are looking at. 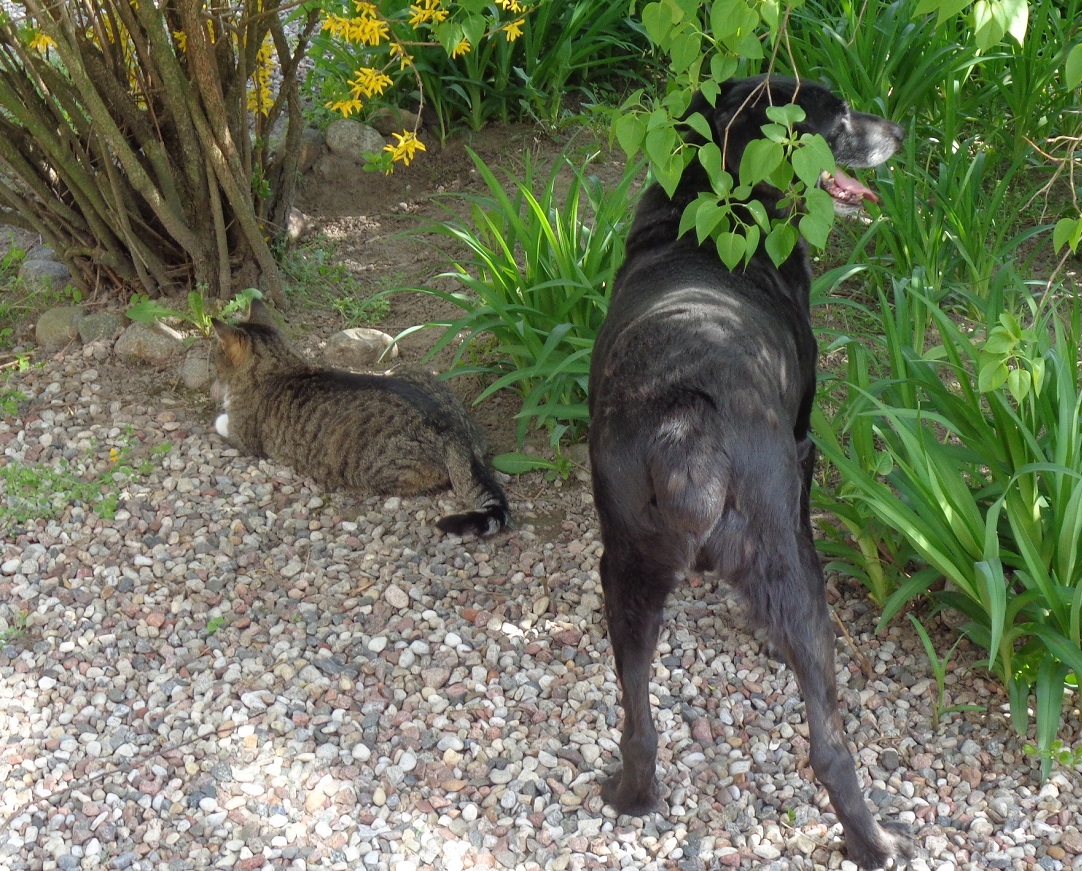