Stephen Barnard is busy documenting the pair of American kestrels (Falco sparverius) occupying a nest box he put on his garage. Today we have photos and a video, with Stephen’s notes indented:

For two days I’ve been trying to get an in-flight shot of a kestrel flying into or out of the nest box. The plan is to set the camera up on a tripod, record 4K video, and crop the photo from a frame. It’s been very difficult. I’ve tried many different camera and lens combinations and locations, shutter speeds, exposures, and so on. Getting sharp focus and no or little motion blur is a challenge.The settings are manual everything. This is my best result so far, but I expect to do better now that I’ve found the right combination. 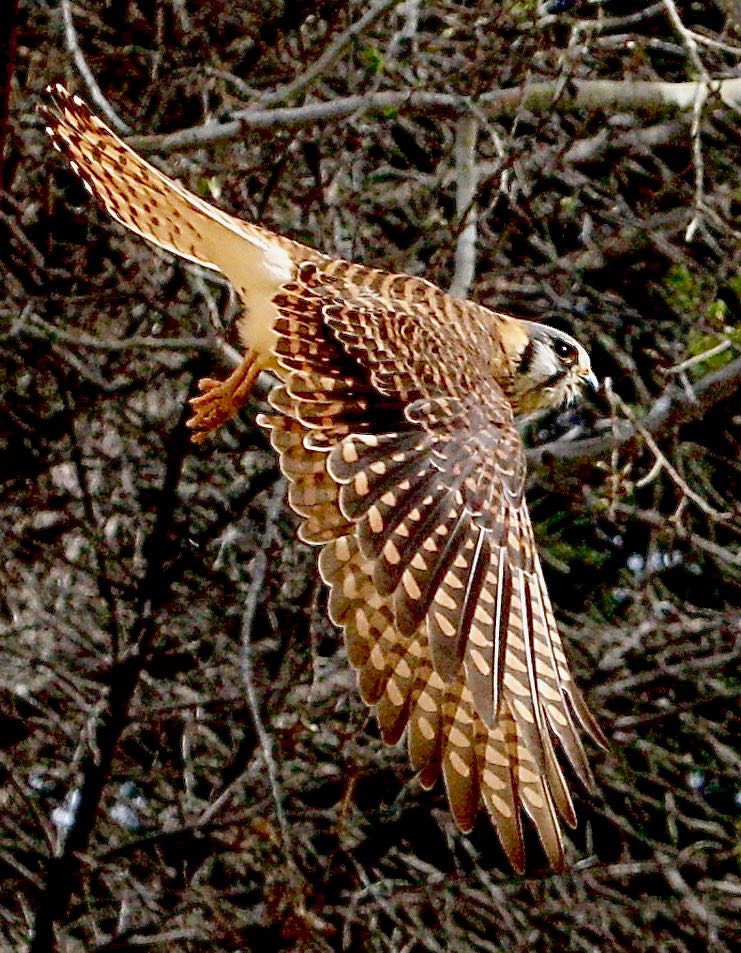 Another one of Natasha on the wing: 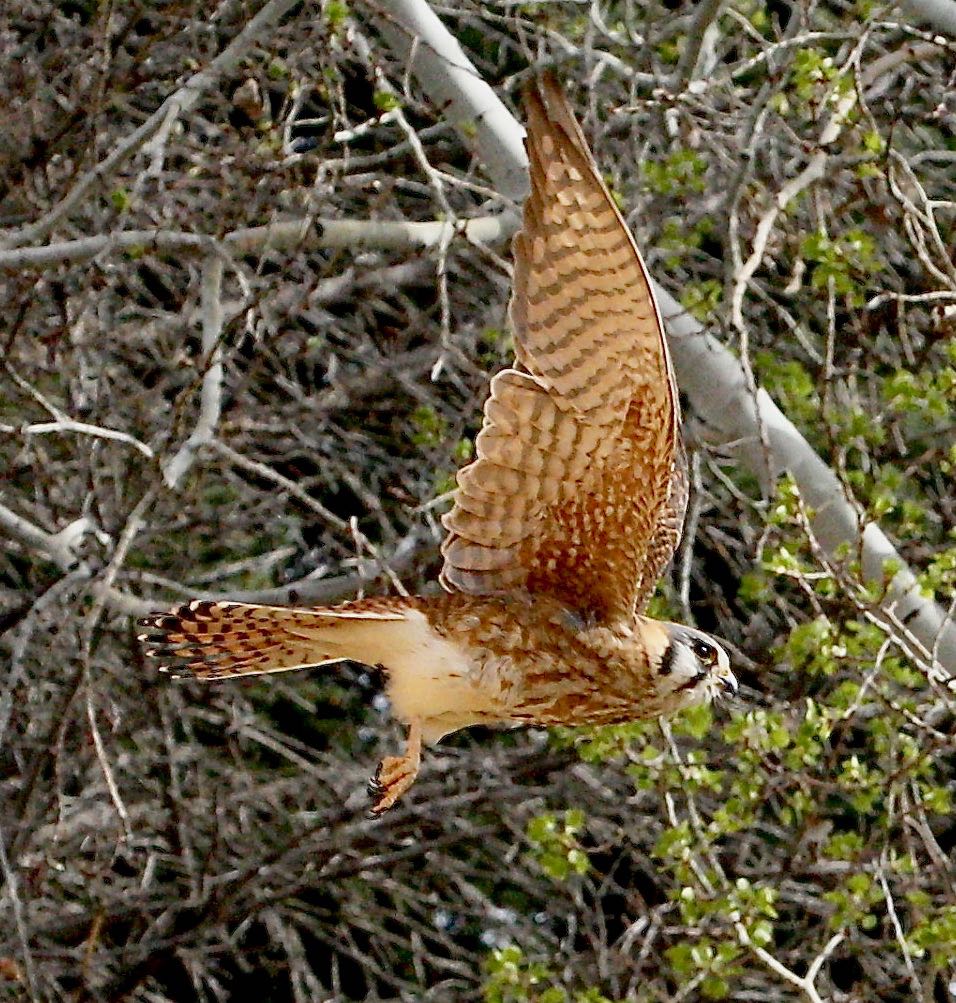 Here’s a link to a funny video. A European Starling (Sturnus vulgaris) lands on the nest box, no doubt looking for a nest site (they’re cavity nesters), and gets a rude surprise when she sees Natasha. I’ve recorded two other occasions when starlings landed on the nest box hole. As soon as they see Natasha face-to-face they freak out.

A Great Blue Heron (Ardea herodias) and in all likelihood a Rainbow Trout (Oncorhynchus mykiss). 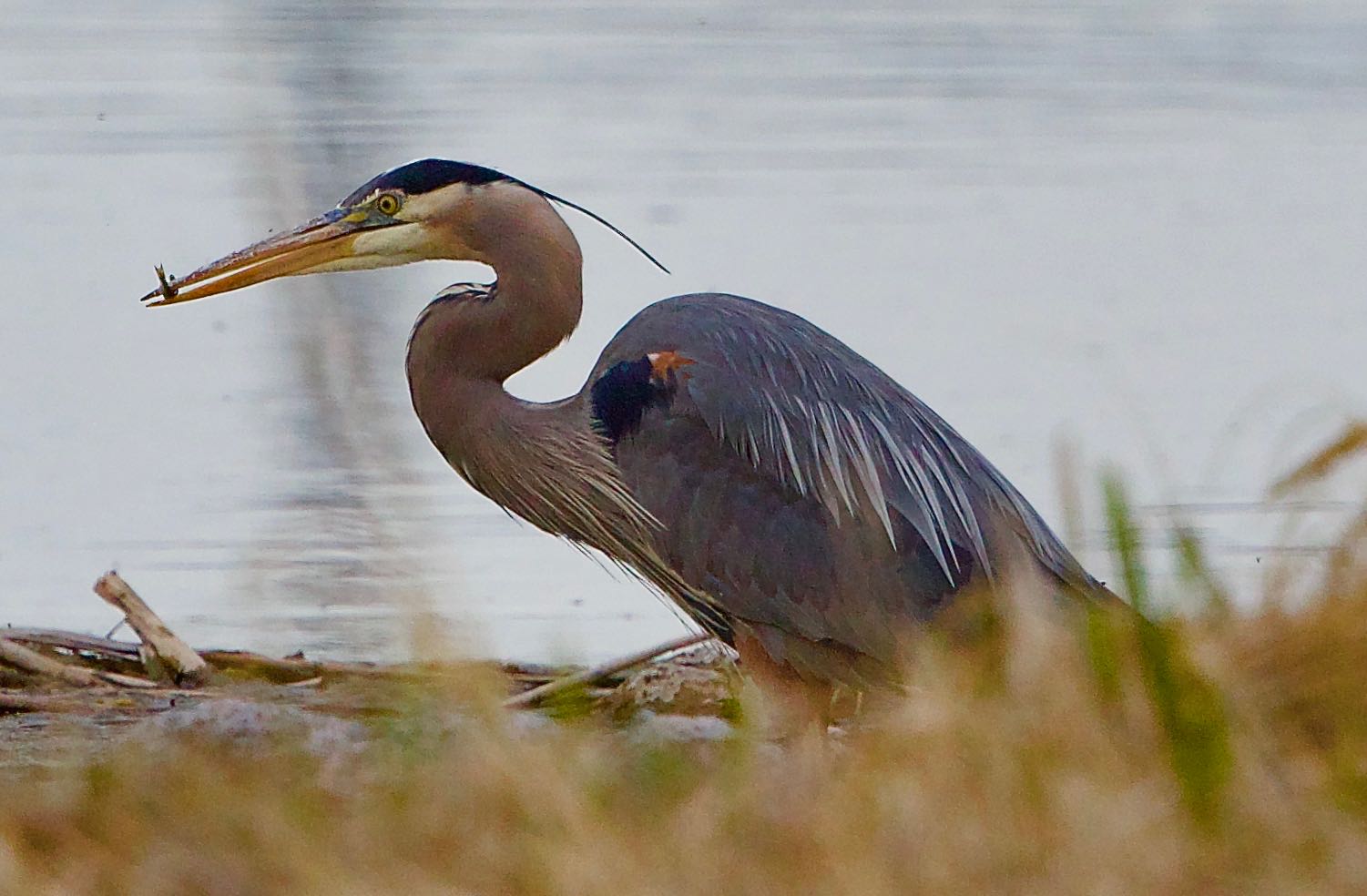 Here’s a link to a video I recorded years ago (with primitive gear) of a Great Blue Heron eating something bigger: