UPDATE: After only an hour or two, Facebook has pulled the “hate speech” icons. What gives? Did we see a planned program rolled out accidentally? Or was it a trial that quickly went wrong? Who knows—it’s Facebook, Jake.

Is this Facebook’s way of policing its site? Because if it is we’re all doomed.  As of this morning, every single post by every single person, public or privately posted, contains a box at the bottom asking if the post contains “hate speech”. It makes no difference whether the post is innocuous or inflammatory. Here’s my goose post as it appeared publicly on Facebook; check out the orange notification at the bottom: 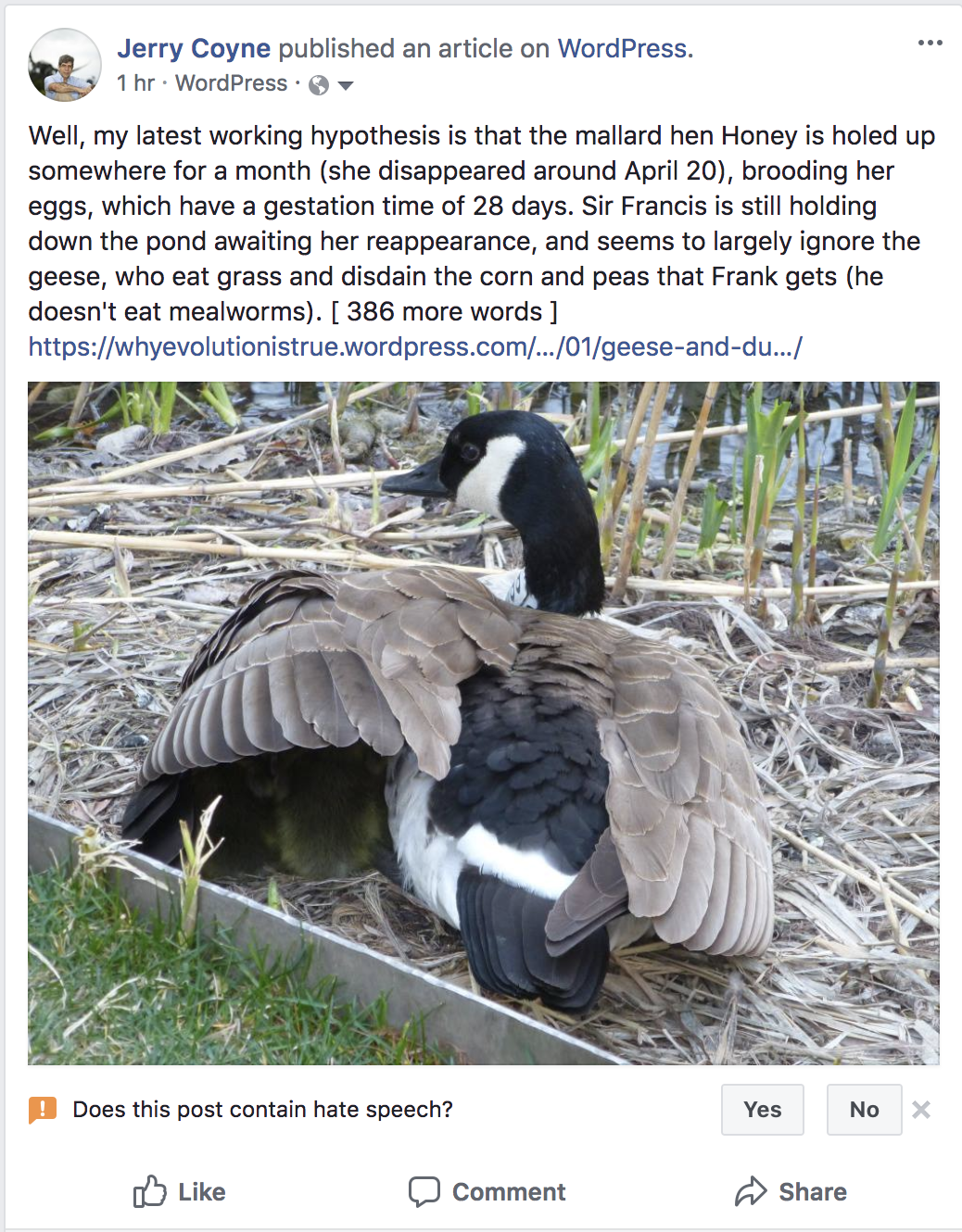 Now who is going to check “no”? (You can even do that for your own posts.) The abuse will occur when people start checking yes for political or religious posts that aren’t “hate speech” but are critical of ideologies. (I anticipate that my weekly “Jesus and Mo” posts will be flagged for hate speech.)

And, of course, Facebook gives NO definition of “hate speech”.

We don’t even know if this is an experiment that will enable Facebook to determine what is considered “hate speech.” But if they can’t do that already, crowdsourcing the criteria is about the worst way of doing it.