I’ve received several batches of wildlife photos on the road, but haven’t posted them as it takes a long time to do the travel posts, which I put together in my motel in the evening. Today’s post, from reader Don Bredes in Wheelock, Vermont, is an easy one, though, as it has only two photos. Nice ones, too: squirrels (Honorary Cats™):

The sunflower seed feeder is down for the season (more than once I have made the mistake of leaving it up too long), so during the day I feed the chickadees, bluejays, and a few more exotic birds on the deck. That routine pleases the red squirrels (Tamiasciurus hudsonicus), who trust their speed and reflexes to save them from the hulking creature with the camera. We have a single gray squirrel this year, too, heretofore seldom seen out here in the hills. He isn’t nearly so trusting. Eastern Gray squirrels (Sciurus carolinensis) have long been common the valleys and villages, but only in the last two or three years has their range expanded to these hilly rural reaches. 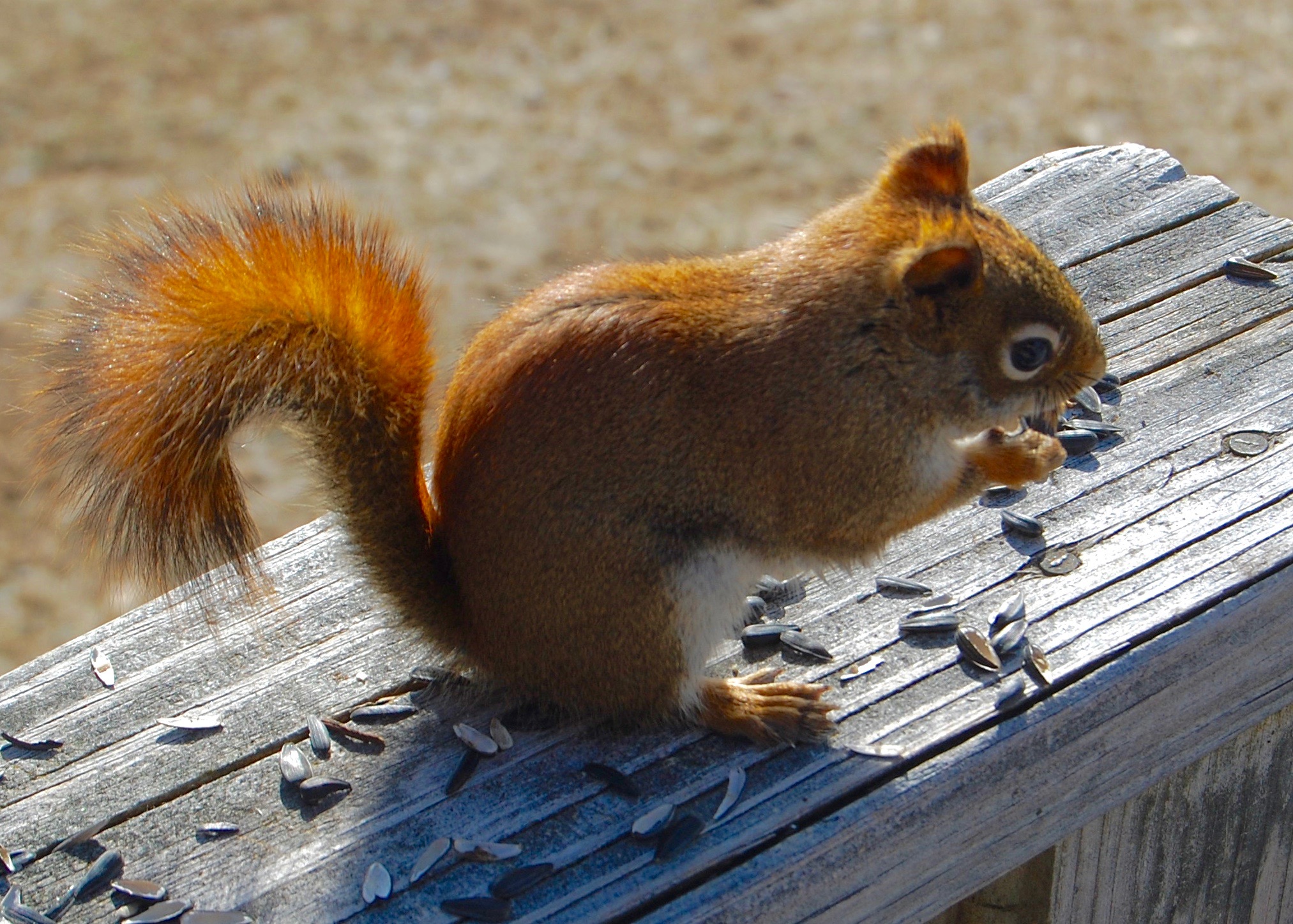 Here in the wooded hills red squirrels are numerous, and they’re not looked upon kindly by most people. They do a great deal of damage to the sugarmakers’ sap lines, for one thing. And they will invade a garage or open barn to nest and raise a litter, chewing through any wood or screen that may interfere with their purposes. 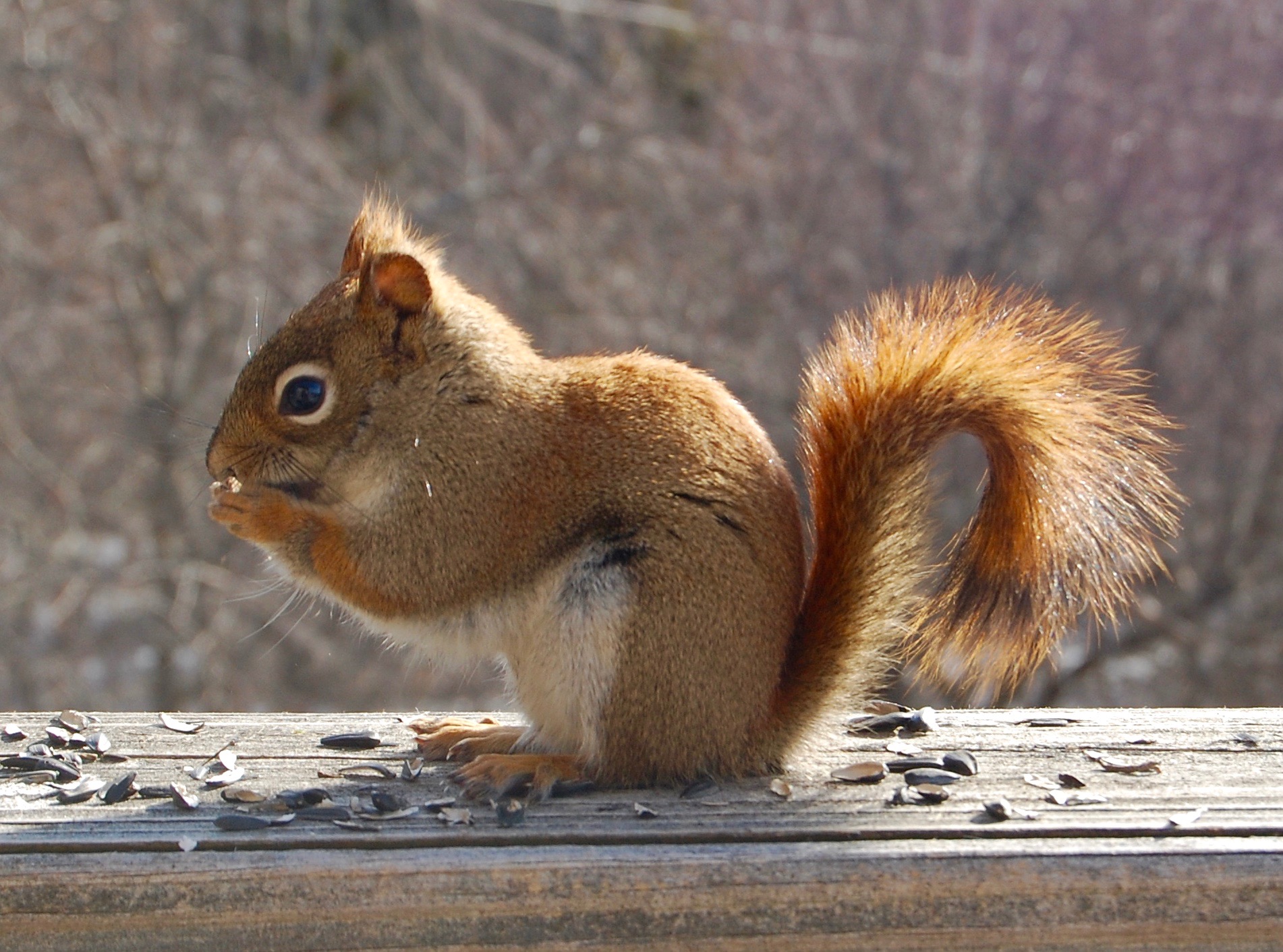