Politico has just revealed that Scott Pruitt, the new administrator of the Environmental Protection Agency (EPA), espoused some pretty bizarre and goddy views on an Oklahoma radio show in 2005. Granted, that’s 13 years ago, but have his views changed? Given his faith, probably not, and they were posted on his campaign website when he ran for Oklahoma attorney general in 2010. Nobody’s talking now, but Christian Congresspeople defend his craziness and even his right to infuse his policies with extremist Christian mores:

EPA would not say this week whether any of Pruitt’s positions have changed since 2005. Asked whether the administrator’s skepticism about a major foundation of modern science such as evolution could conflict with the agency’s mandate to make science-based decisions, spokesman Jahan Wilcox told POLITICO that “if you’re insinuating that a Christian should not serve in capacity as EPA administrator, that is offensive and a question that does not warrant any further attention.”

. . . Republicans in Congress defended Pruitt, saying his religious beliefs should factor into how he does his job.

“All of us are people of faith and obviously influenced by our faith and the role it played in our life … and continue[s] to play in our life on a daily basis,” said Wyoming Sen. John Barrasso, chairman of the Environment and Public Works Committee, which oversees EPA. “It’s a part of who we are.”

Sen. Jim Inhofe, a fellow Oklahoman, said Pruitt’s faith does and should play a role in his work.

“He’s a believer. He is a Jesus guy. He believes in the principles,” Inhofe said. “I think it does [have an impact], and I think it has to. Anyone who denies that that has an impact isn’t being totally honest.”

He’s of course a Republican. Two of the radio show’s statements tweeted out by Politico:

“There aren’t sufficient scientific facts to establish the theory of evolution, and it deals with the origins of man, which is more from a philosophical standpoint than a scientific standpoint,” Pruitt said on an Oklahoma radio program in 2005. https://t.co/20oZv5lOG8 pic.twitter.com/i8QpcYvfkQ

That’s scary for someone running a science-based department! Politico adds this:

Two years earlier [than the show], Pruitt had supported an unsuccessful bill that would have required textbooks in Oklahoma to carry a disclaimer that evolution is a theory. The show hosts joked that Pruitt had been compared to Adolf Hitler and the Taliban for backing the measure.

“I’m a bit better-looking than them,” Pruitt quipped. “My wife tells me so anyway.”

Should I send this joker my book?

But wait! There’s more! He thinks a judicial monarchy consistently misinterprets the First Amendment and is out to get religion:

Even some issues that aren’t explicitly faith-based, such as global warming and fossil fuel production, have often split different groups of religious believers. Some polls show that less than 30 percent of white evangelical Protestants believe that human activity is the driving factor behind climate change.

And Pruitt has echoed that sentiment, telling CNBC last year that he did not believe carbon dioxide was a primary contributor to climate change. Last week, he told the Christian broadcaster CBN News that he supports developing the nation’s energy resources, a stance that he believes aligns with Scripture’s teachings.

But wait! With all of that, and the steak knives, and the potato peeler, you get this, too!:

In the 2005 recordings, Pruitt also backed a broad interpretation of the Second Amendment’s right to bear arms, saying it derives from a divine mandate and thus cannot be limited.

“If you can tell me what gun, type of gun, I can possess, then I didn’t really get that right to keep and bear arms from God,” he said. “It was not bequeathed to me, it was not unalienable, right?”

Yes, of course Pruitt has the right to be religious, and espouse his views in public. He just doesn’t have the right to impose them on others. And that’s the problem with evangelical Christian lawmakers like him.

Has Trump appointed one qualified person to any high post in government? Reader/cartoonist Pliny the in Between has the answer: 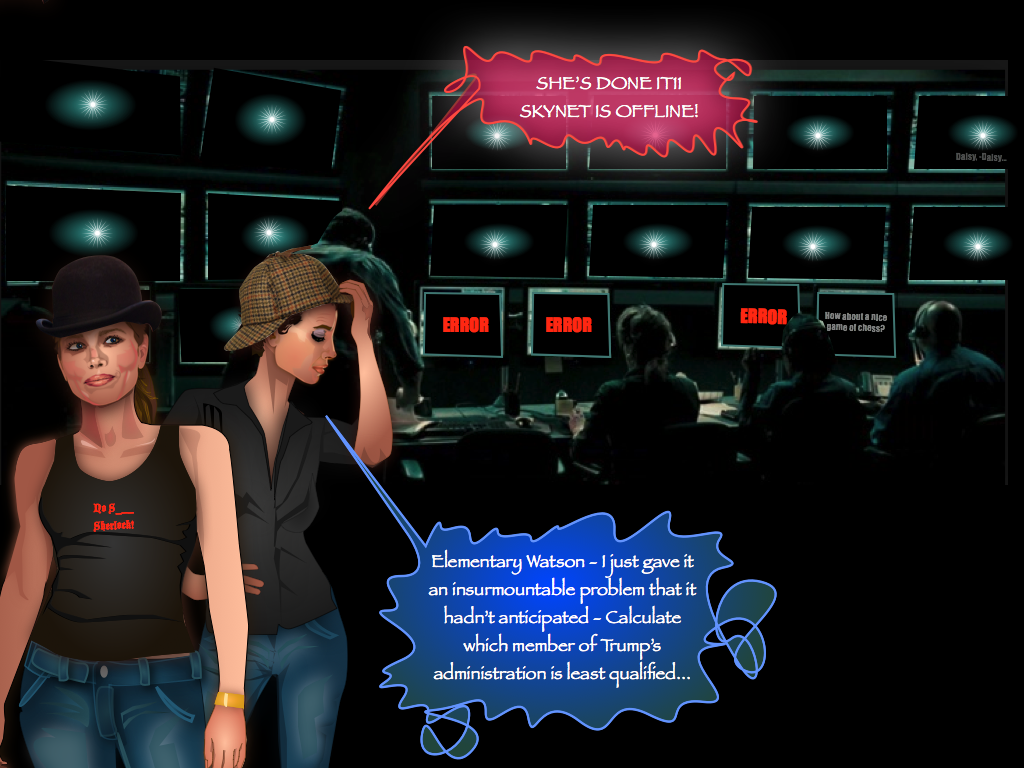