Earlier I posted this photo and asked readers to describe what’s going on. 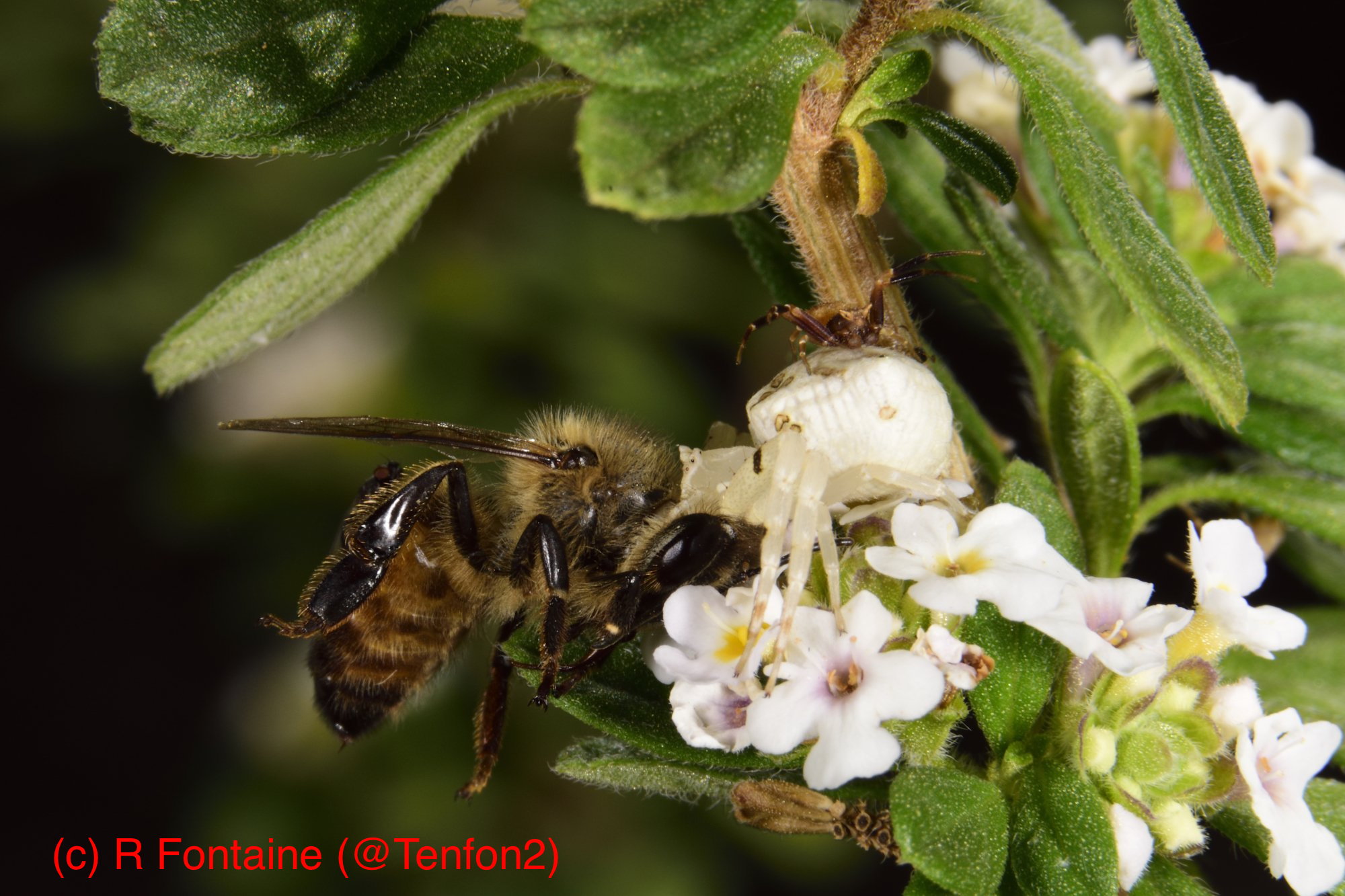 Here’s my answer: a worker honeybee was visiting a white flower to get nectar. She was attacked by a white crab spider who was remarkably camouflaged (probably chemically, as well as visually). The crab spider had another, brown, crab spider sitting on it.

Now for the bit you may have missed – no sooner had the deed been done than a kleptoparasitic fly turned up and landed on the poor bee’s abdomen (you can just make out its red eyes), hoping to slurp up some juices from the corpse. So we have two kingdoms (plants, animals), two classes in the arthropod phylum (chelicerates and insects), two orders of insect (Hymenoptera and Diptera) and two members of the chelicerate family Thomisidae (probably both in the same genus, Thomisus). If you want to know more about crab spiders, I highly recommend Douglass H. Morse’s 2007 book “Predator Upon A Flower”.

15 thoughts on “This is what’s happening…”