Breakfast at the hotel in Delhi: a dosa (they had a dosa station where a guy would make them to order), fresh fruit, baked yogurt with raisins (a dish new to me) and a passionfruit smoothie. Afterwards I had fresh watermelon juice and a cappuccino.  I ate very lightly because we were going to Karim’s for lunch (more on that tomorrow). 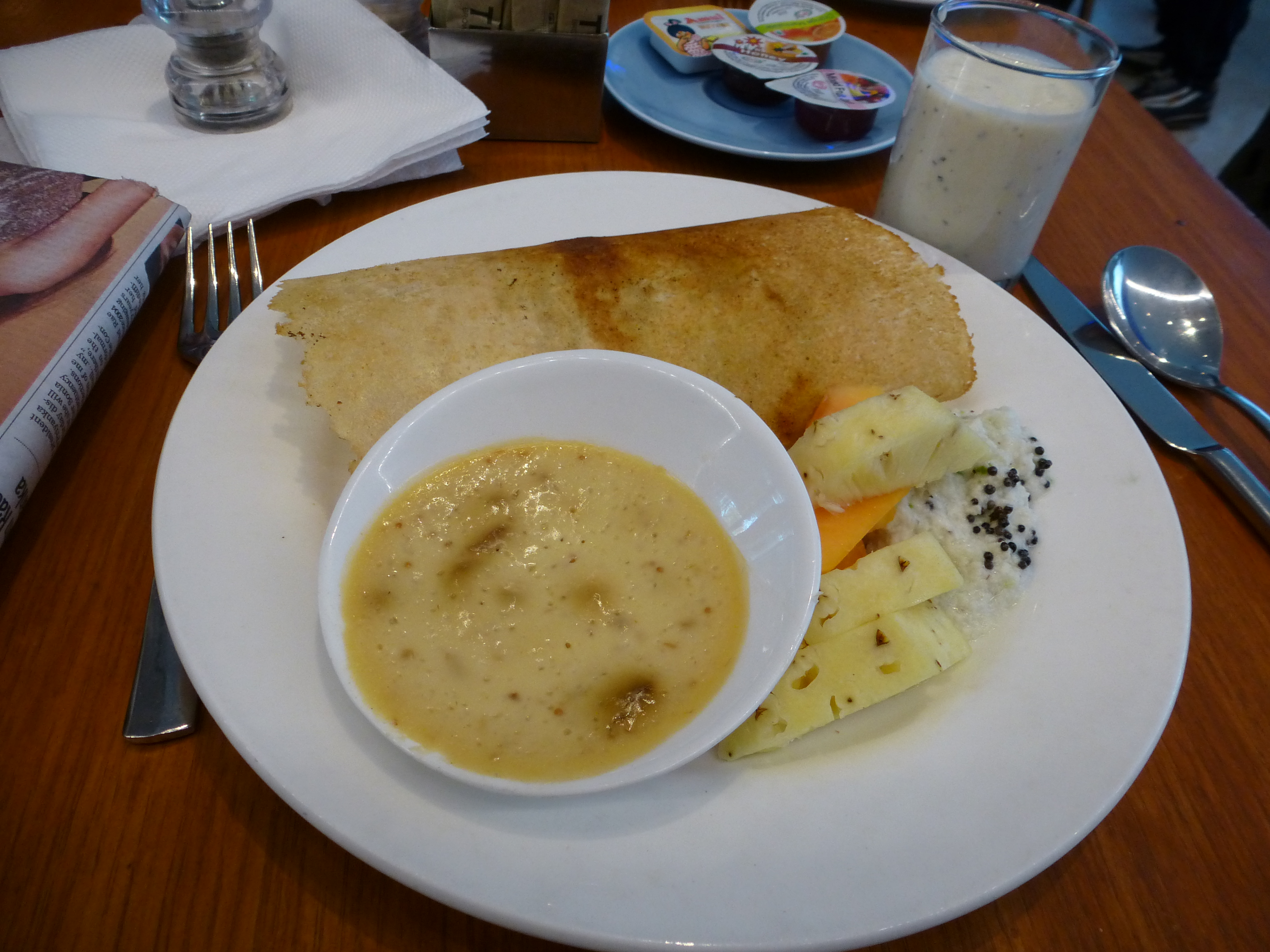 A pi dog on the street. Most revert to this yellow color in villages, but in cities they get color genes from domestic dogs and so are more varied. Don’t worry—it’s not dead (I checked); it’s just napping in the sun. 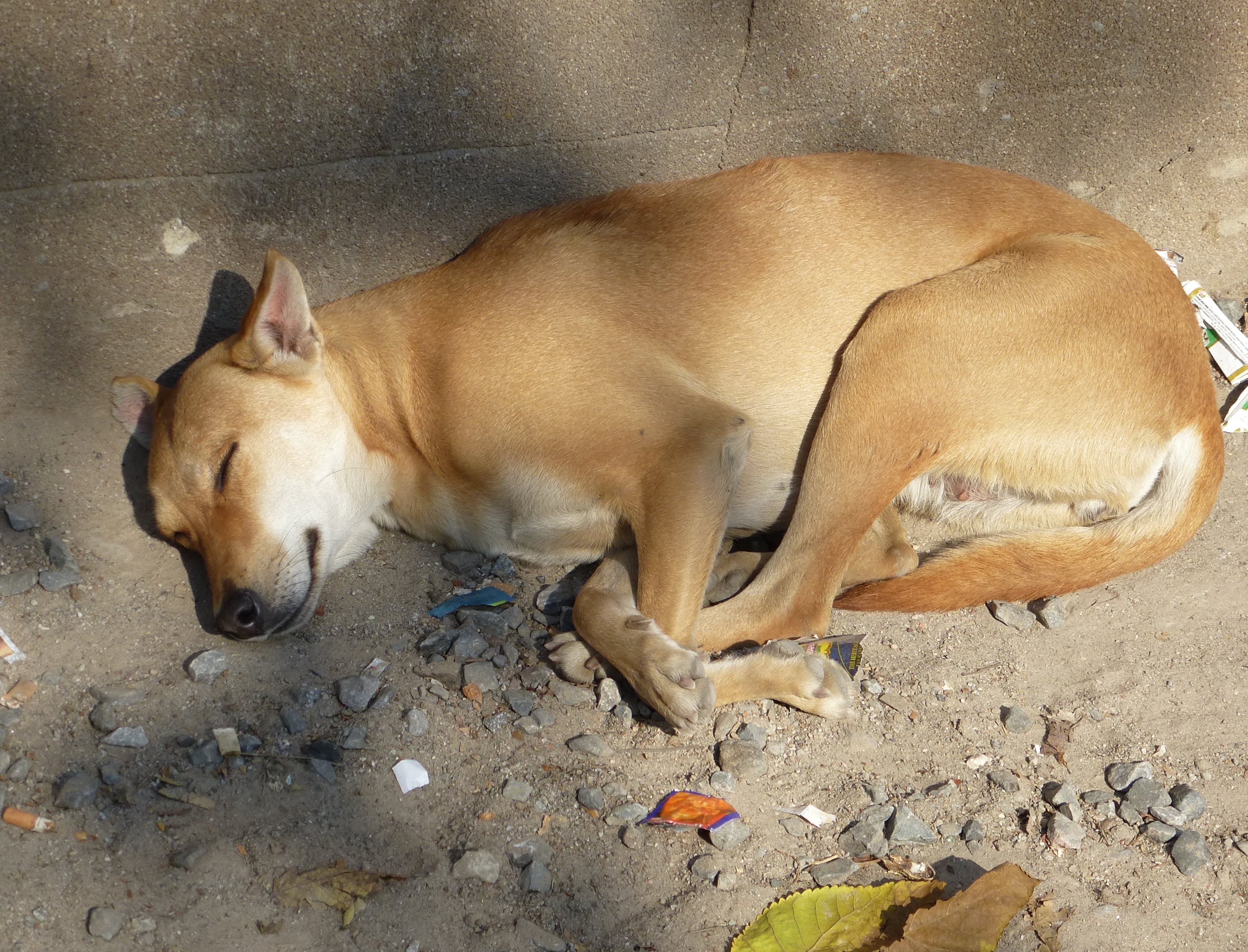 A bicycle rickshaw driver: the world’s hardest job. I tried driving one once, and it was nearly impossible. These guys work until they’re old, and then they die. Life is tough for most people here. 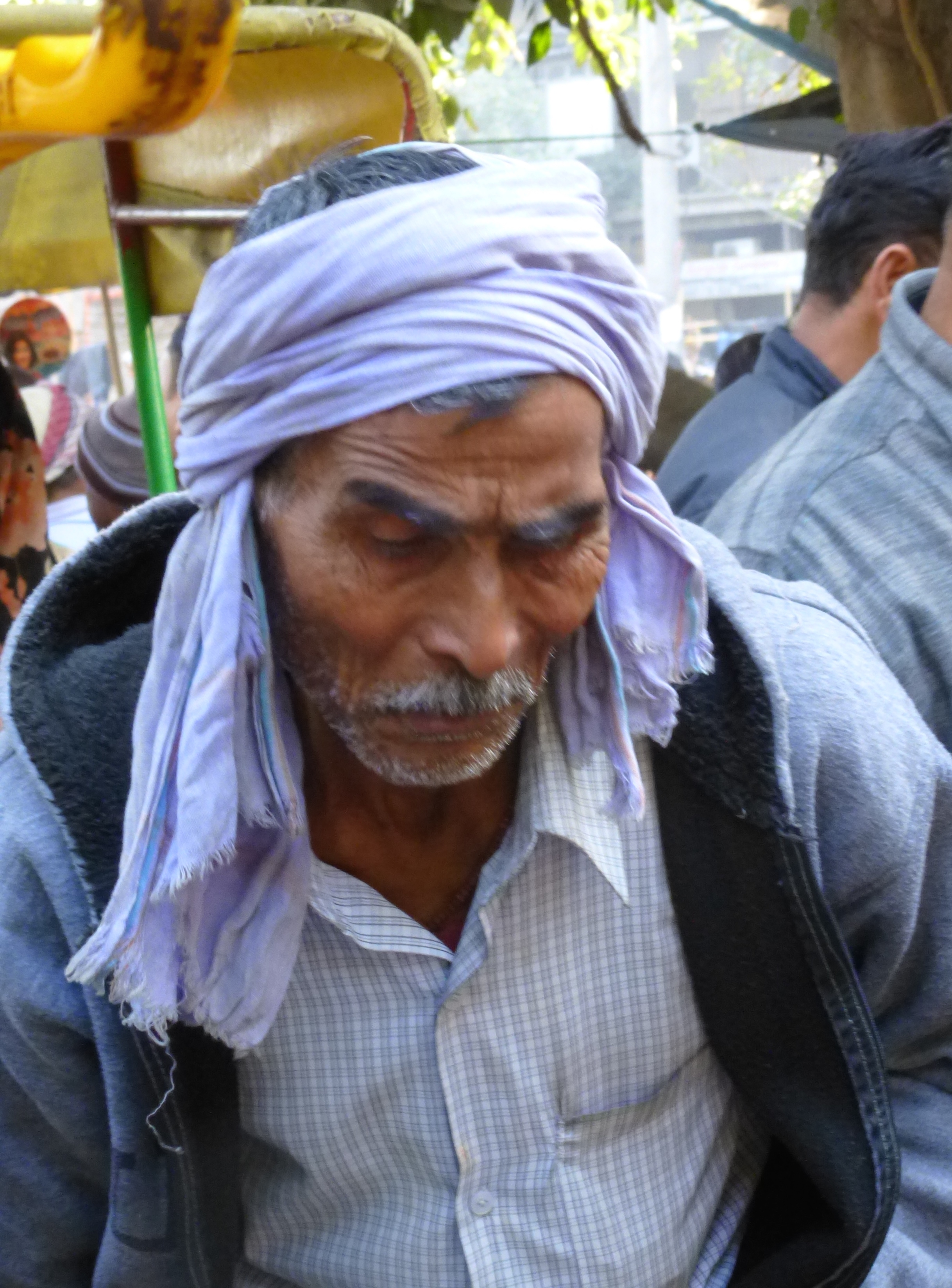 The reflected face of our motor-rickshaw driver in a terrible Old Delhi traffic jam (it’s always terrible) on the way to Karim’s. Pictures of a meaty lunch at Karim’s tomorrow. 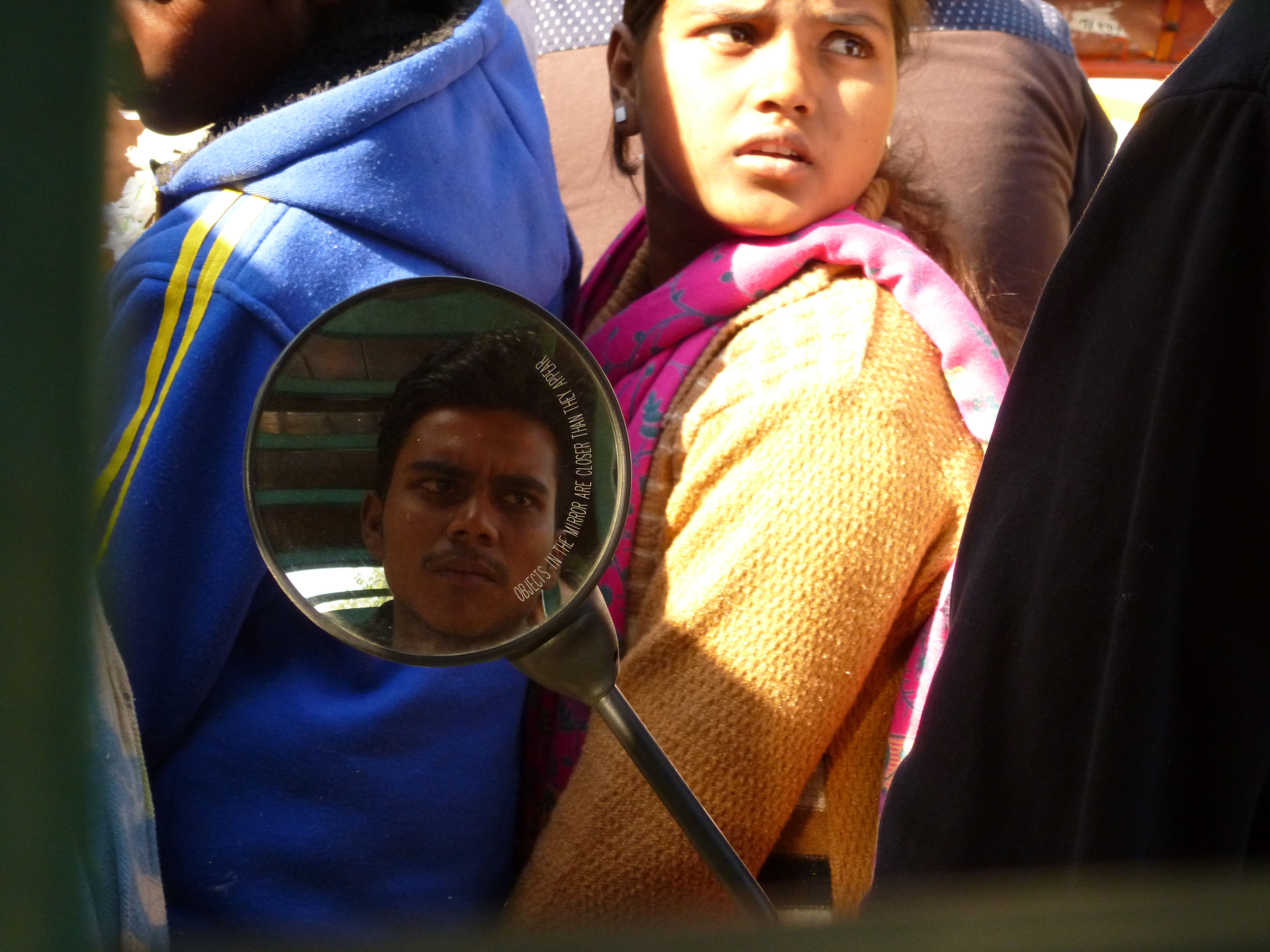 7 thoughts on “Random photos in Delhi”