Here’s a lovely Sun halo from December 1 sent to me by Matthew Cobb (be sure to click on the arrow to see the video). You can see why such phenomena were once taken to be evidence for God or the supernatural.

Spectacular Sun halo display, with a 22° halo, parhelic circle, sundogs and a tangent arc as well as 44° parhelia (sundogs) and 46° halo, spotted in Vemdalen, Sweden on December 1, 2017 https://t.co/yUgpfe2heS pic.twitter.com/Sv2OyvlC9G

What causes these things? Wikipedia says this:

The ice crystals responsible for halos are typically suspended in cirrus or cirrostratus clouds high (5–10 km, or 3–6 miles) in the upper troposphere, but in cold weather they can also float near the ground, in which case they are referred to as diamond dust. The particular shape and orientation of the crystals are responsible for the type of halo observed. Light is reflected and refracted by the ice crystals and may split up into colors because of dispersion. The crystals behave like prisms and mirrors, refracting and reflecting light between their faces, sending shafts of light in particular directions.

And here’s a 22-degree halo seen from Annapurna Base Camp. I’d love to see something like this: 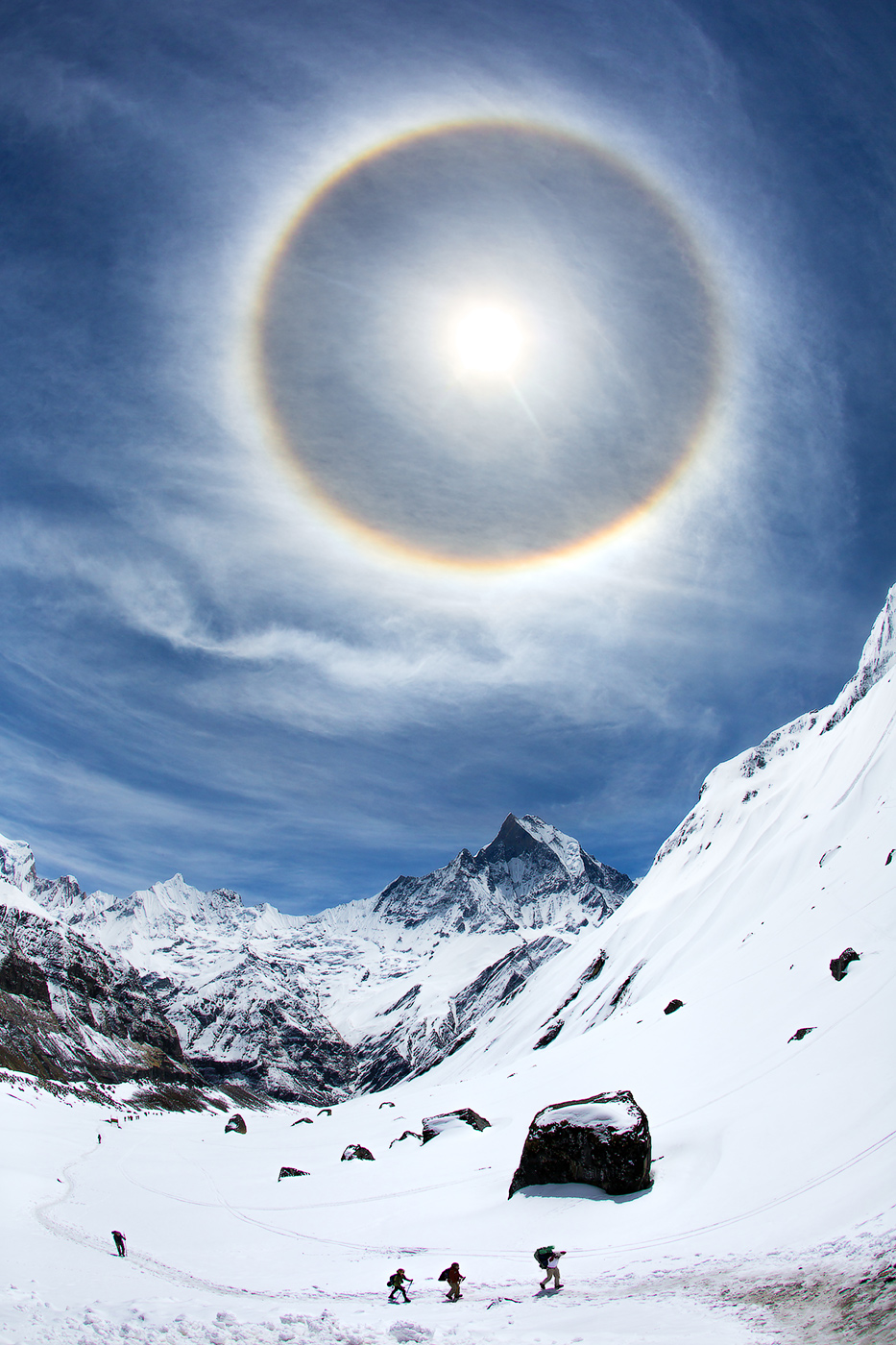 Among the best-known halos is the 22° halo, often just called “halo”, which appears as a large ring around the Sun or Moon with a radius of about 22° (roughly the width of an outstretched hand at arm’s length).

But what’s really amazing is this from EarthSky (my emphasis):

These clouds contain millions of tiny ice crystals. The halos you see are caused by both refraction, or splitting of light, and also by reflection, or glints of light from these ice crystals. The crystals have to be oriented and positioned just so with respect to your eye, in order for the halo to appear.

Here’s a longer video of the event at the top, courtesy of reader Vera:

19 thoughts on “Sundogs and halos!”