I’m sure you’ve wondered which cat has the world’s longest tail. Well, according to the 2018 edition of the Guinness Book of World Records, it’s Cygnus!:

The honorees include a cat from Ferndale, Michigan, named Cygnus that boasts a tail that stretches more than 17 inches (46 centimeters). It set the world record for longest tail on a domestic cat.

Look at that tail! Is that a cat or a squirrel? 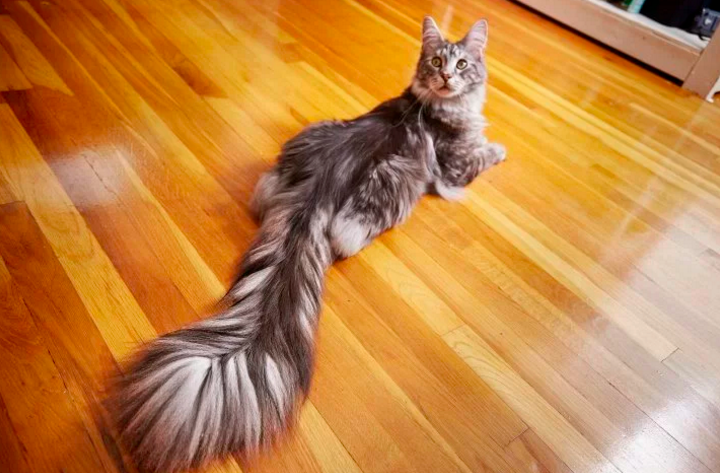 More photos of Cygnus from a tw**t:

@tauriqmoosa Have you seen Cygnus? He has kind of a long tail. pic.twitter.com/uHCrZFJ4qj

I posted a tw**t of this the other day, but here’s the full YouTube video posted at TheMindCircle. It shows what happened when a couple from Houston, out on a hike, ran into four abandoned kittens. Needless to say, this story has a happy ending:

The video maker added a note that this video is a year old and all four kittens have found loving homes.

Finally, from the ever-reliable site Love Meow, we hear of a nice man who rescued a crying kitten from the rising flood waters in Houston after Hurricane Harvey: 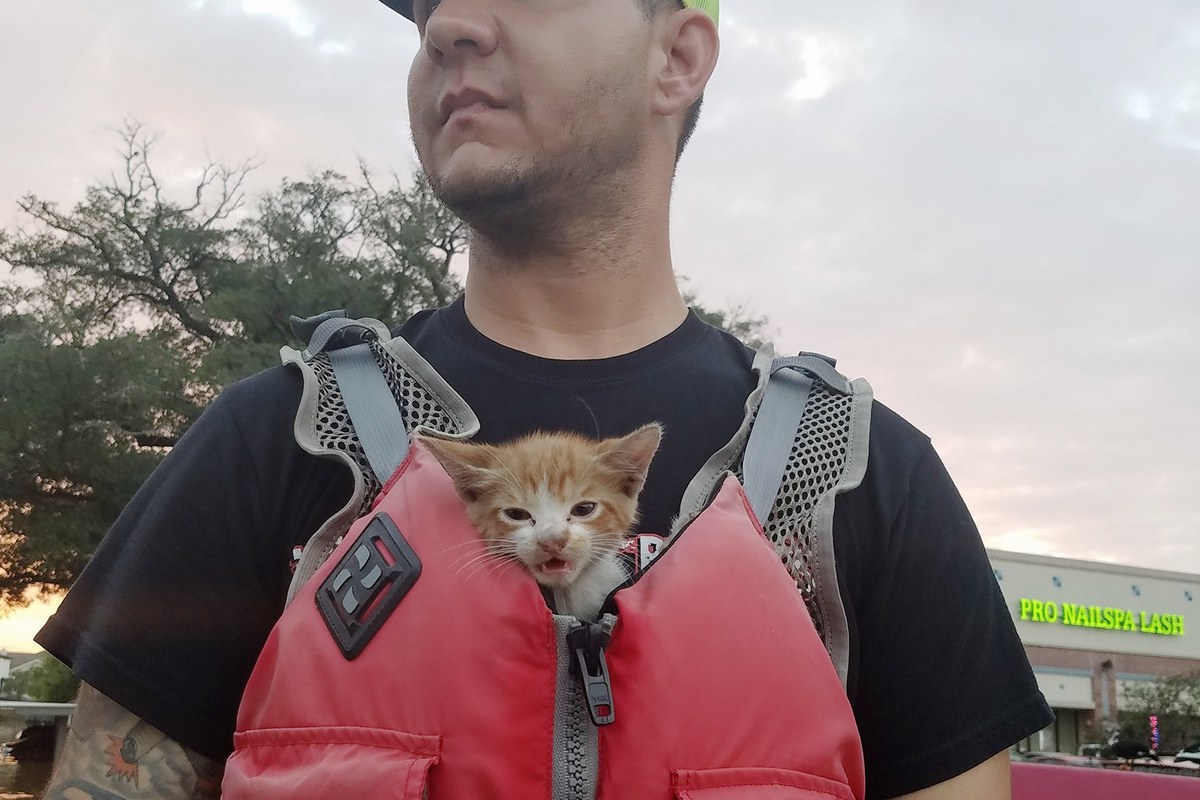 Gregory Pletcher, Austin Summers and Cameron Shiakh went back on a boat to the flooded areas to help animals and humans alike. “We were making our way through an apartment complex when we heard a cat meowing,” Gregory told Love Meow.

They thought it was coming from a ground level apartment that was under 2ft of water. As they got closer to the source of the cries, Cameron pointed at the car hood.

The doors were locked. “There was no way to get to the cat without breaking a window.”

After several attempts to break the window to no avail, Gregory asked Austin to get him his toolbox from a storage compartment.

“As we were standing in waist deep water, I asked Austin to hand me my boat anchor. With one good swing of the anchor I was able to bust a hole in the window,” Gregory told Love Meow.

They unlocked the door, popped the car hood open and found the kitten on top of the manifold cover. “I grabbed him before he had a chance to crawl down between anything and set him in the boat.”

“Once I crawled back in the boat I picked him up and set him down inside my life vest. He rode in there for about an hour before he calmed and became comfortable enough to come out and explore.” 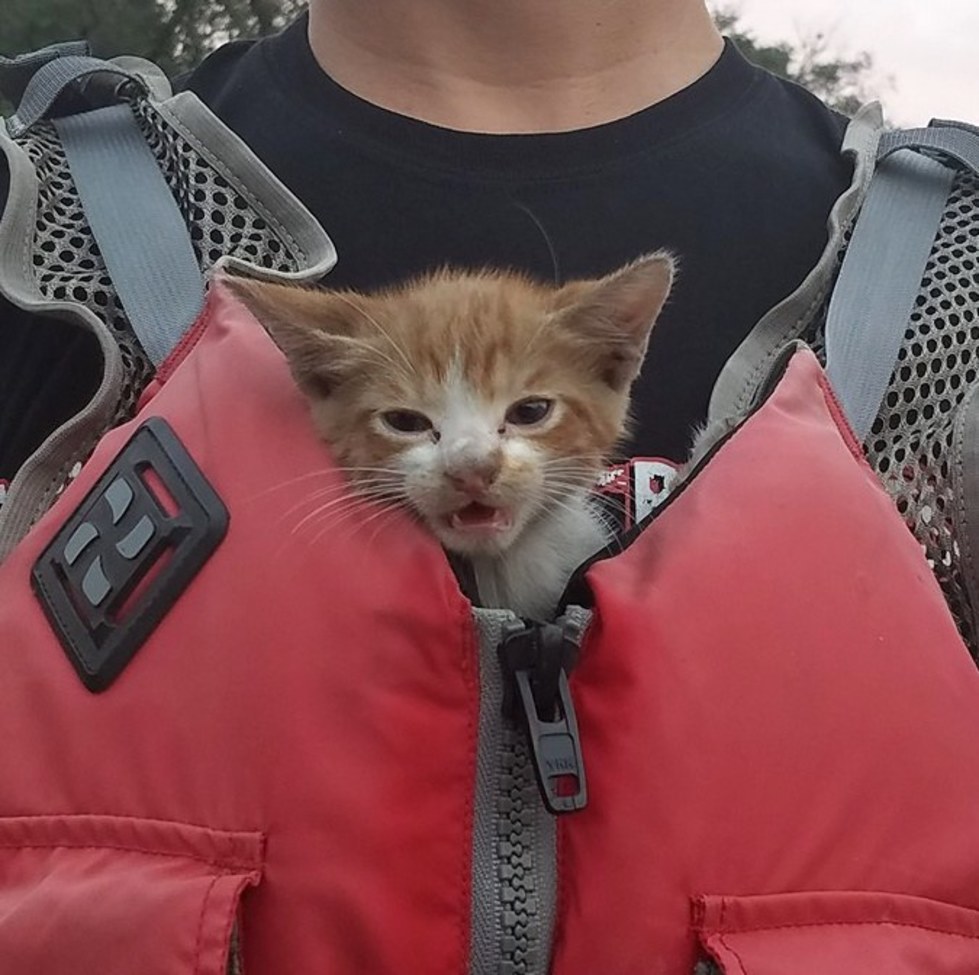 The kitten was of course named Harvey, and has been adopted by Pletcher’s daughter.