Until early this morning, the only place this item appeared was the right-wing site Campus Reform, but I sincerely doubt that this is a hoax because I have other information substantiating it, and because they produce documents. [Also, several sites now substantiate the story, including The Washington Times.] And those documents (some are below) show that Bret Weinstein, the Evergreen State College biology professor who refused to leave campus on the Day of Departure, and then was demonized by faculty and students alike, is filing a lawsuit against his college for $3.8 million. Joining him in the suit is his wife Heather Heying, also a biology professor who was subject to abuse (see all my posts on the subject here.)

What has been filed is a “tort claim form,” announcing an impending suit and demanding that the College preserve documents that might be relevant to that suit. In the state of Washington, such forms must be filed 60 days before any suit is initiated.

The form asserts that Evergreen State College created “a racially hostile and retaliatory work environment,” and adds that “Through a series of decisions made at the highest levels, including to officially support a day of racial segregation, the College has refused to protect its employees from repeated provocative and corrosive verbal and written hostility based on race, as well as threats of physical violence.”

Here are the two pages reproduced by Campus Reform: 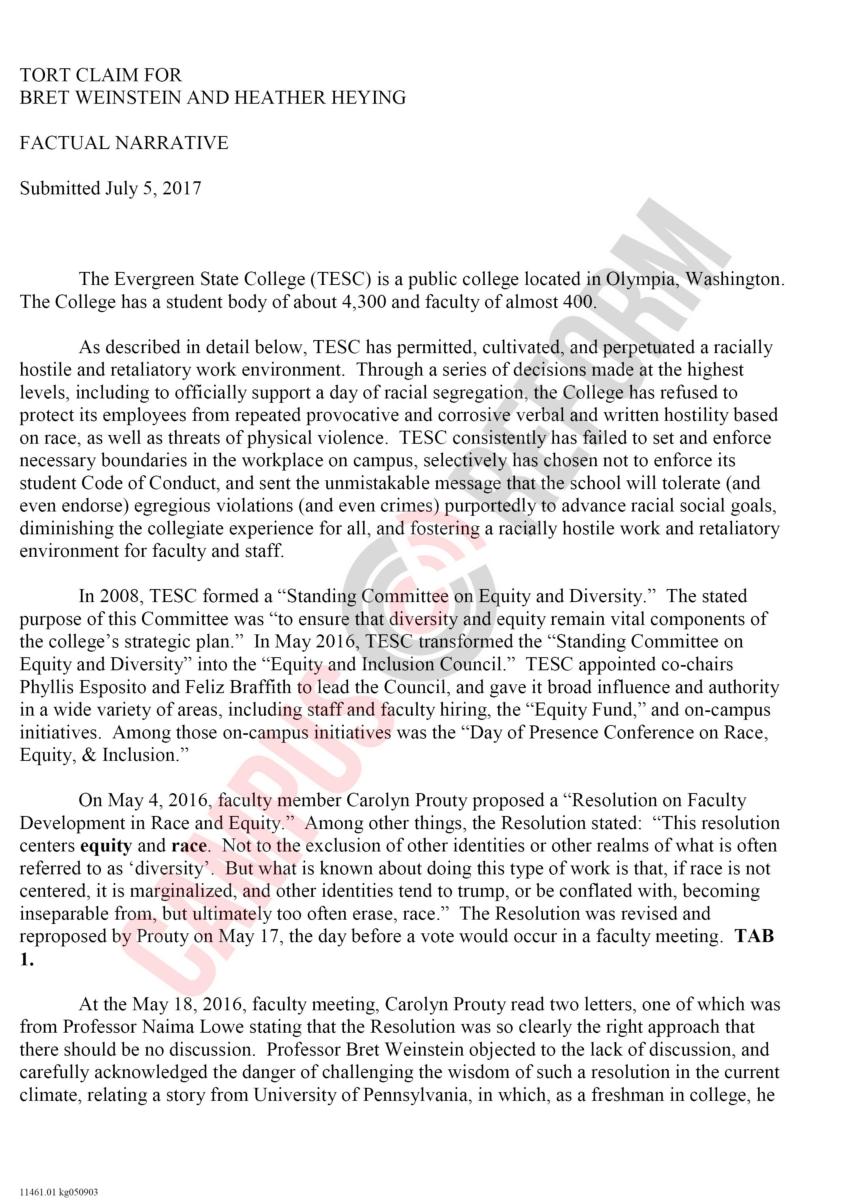 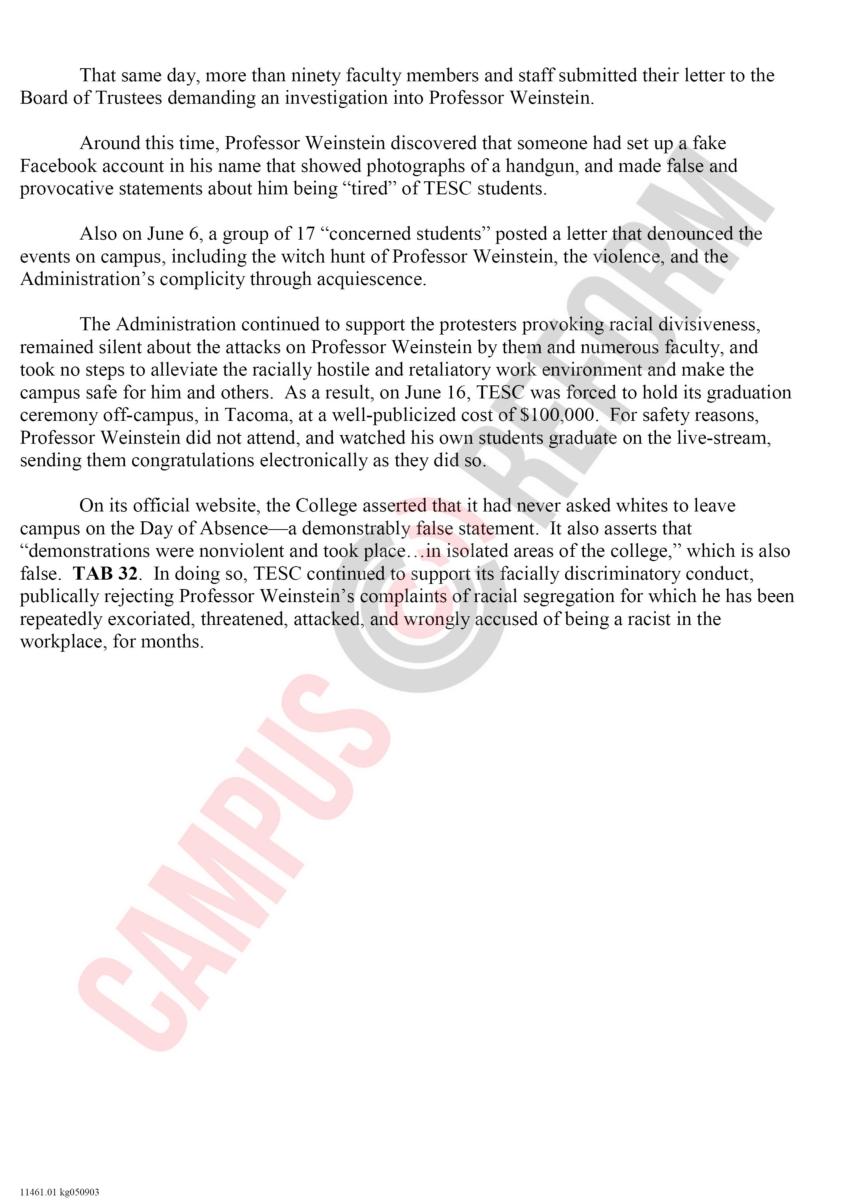 I’ve reported a lot more about this, including about a professor who posted with approbation a student document claiming that Weinstein was a white supremacist (he’s a secular Jew). The suit certainly has merit, especially when you consider that the college’s invertebrate President, George Bridges, ordered the campus police to “stand down” during the student riots and that those police said they couldn’t do anything to protect Weinstein and Heying, suggesting that they leave campus (they not only did that, but left town).

It’s pretty clear now that the careers of Weinstein and Heying at Evergreen State are done, much as they loved teaching there. (They both had very high teaching ratings.) The College’s failure to protect them and prevent them from both faculty and student hostility has cost them their jobs and perhaps their future livelihood as teachers.

I absolutely support this lawsuit, and wish it had been for even more money. I hope, in fact, that it bankrupts that intellectually flawed college (it won’t), or at least leads to the firing of Bridges and substantial reforms. This will send a message to all colleges who let Authoritarian Leftism get out of control to the extent that it creates a hostile workplace—something that, of course, violates the law.

Now let’s see if the New York Times reports this. This is, after all, important news by any account, as it bears on the intellectual climate of American colleges and universities.