I was under the weather with an incipient cold for one day in Taumarunui, but I recovered quickly, and Heather suggested a drive to Tongariro National Park, about an hour away. It’s the oldest national park in New Zealand, the fourth oldest in the world, and is a UNESCO cultural/natural heritage site due to its beauty and prevalence of sites sacred to the Māori.

On the way, we drove past idyllic little valleys with streams and farms; it’s like one big Hobbiton. In the distance you can see the mountains and volcanoes of the Park: 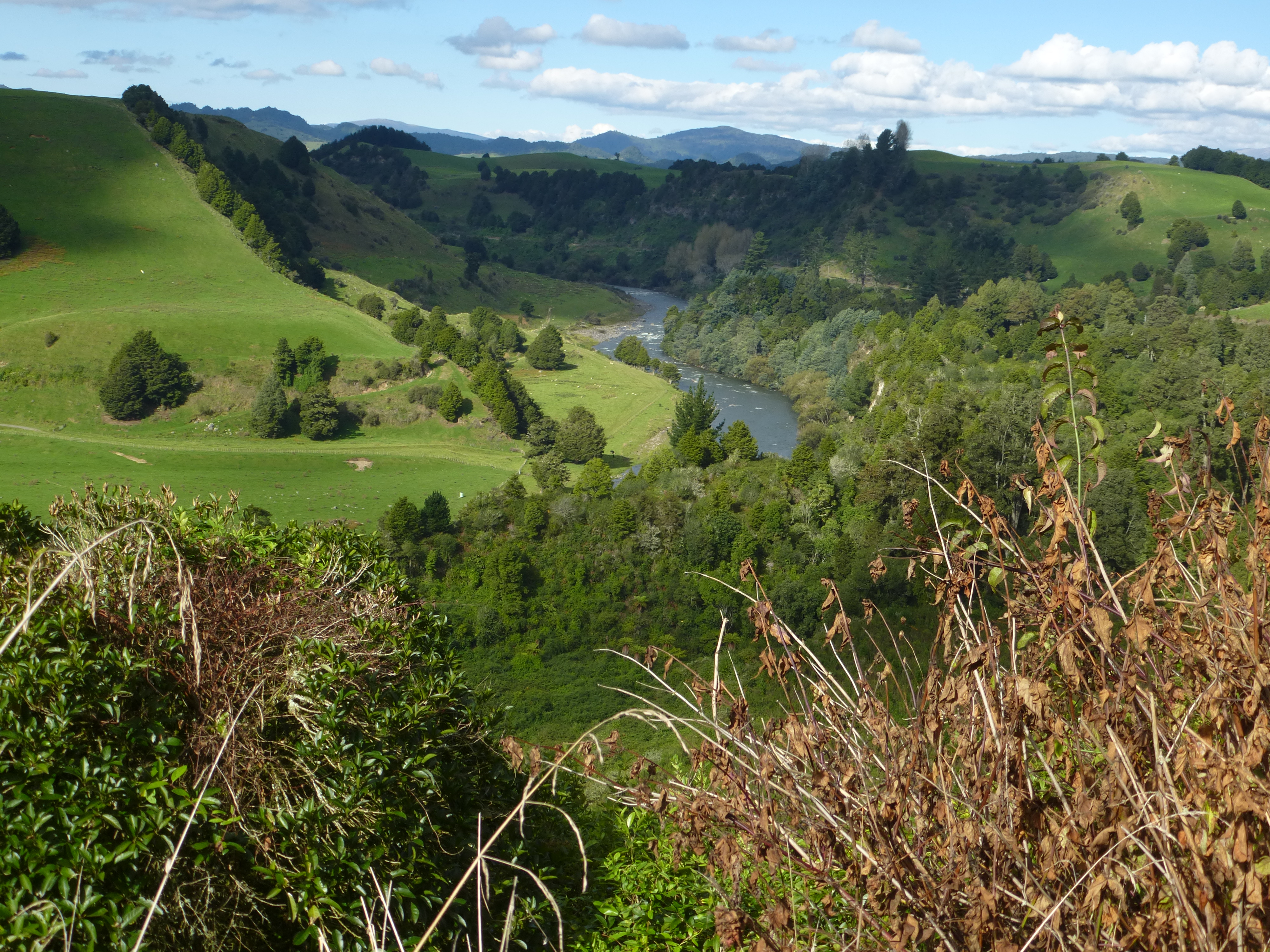 I’ve shown this before and will show it again. Only in New Zealand! 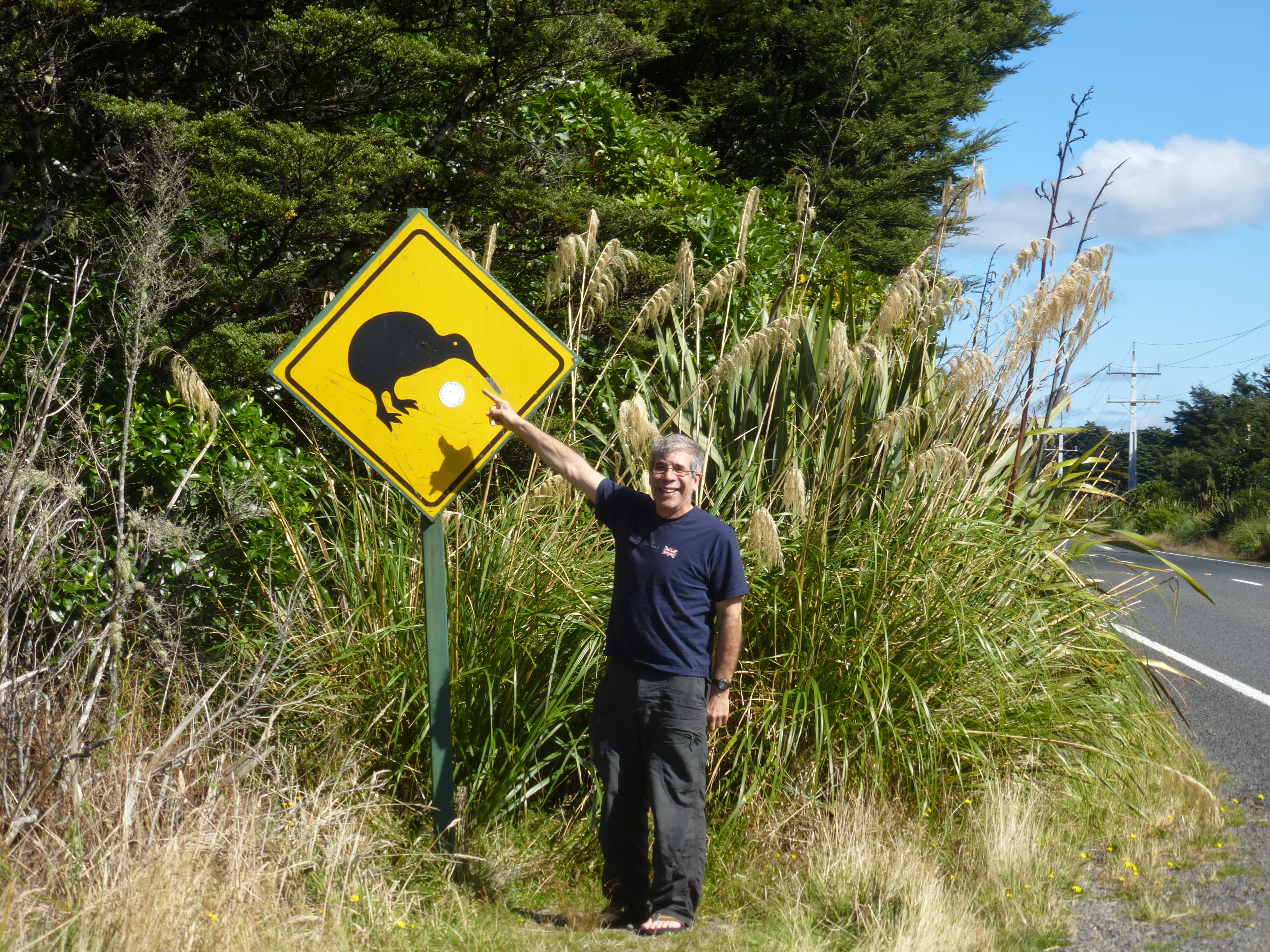 Two of the three famous volcanoes in the Park: the cone is Ngauruhoe and the one to the left is Tongariro: 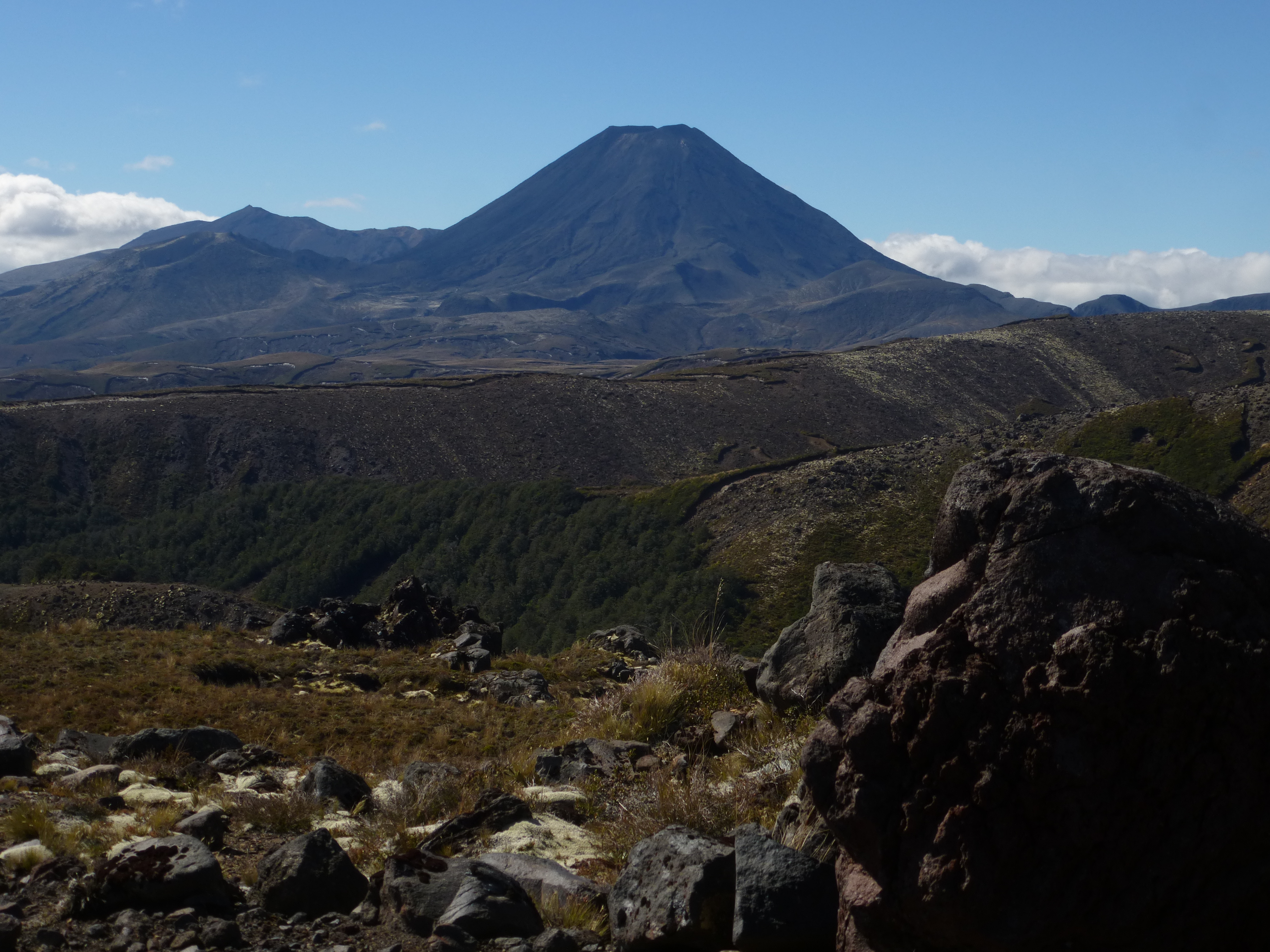 Mount Ruapehu. At 2797 meters (9177 feet), it’s the tallest mountain on New Zealand’s North Island. It’s also an active volcano.  If you’ve seen the Lord of the Rings movies, some of the Mt. Doom and Mordor scenes were filmed in the barren rocky areas above tree line on this mountain. 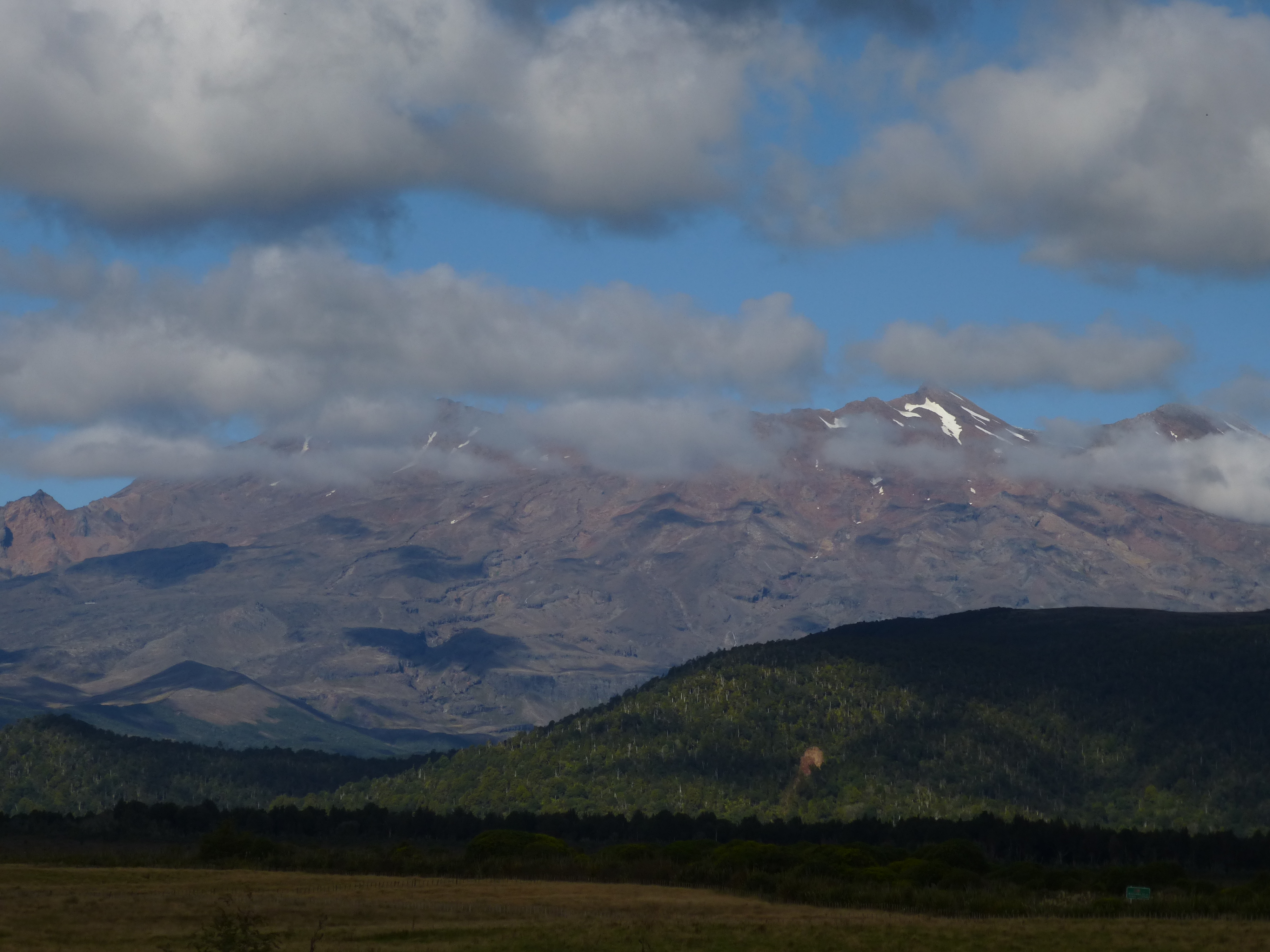 A view down to the valley from the slopes of Ruapehu. 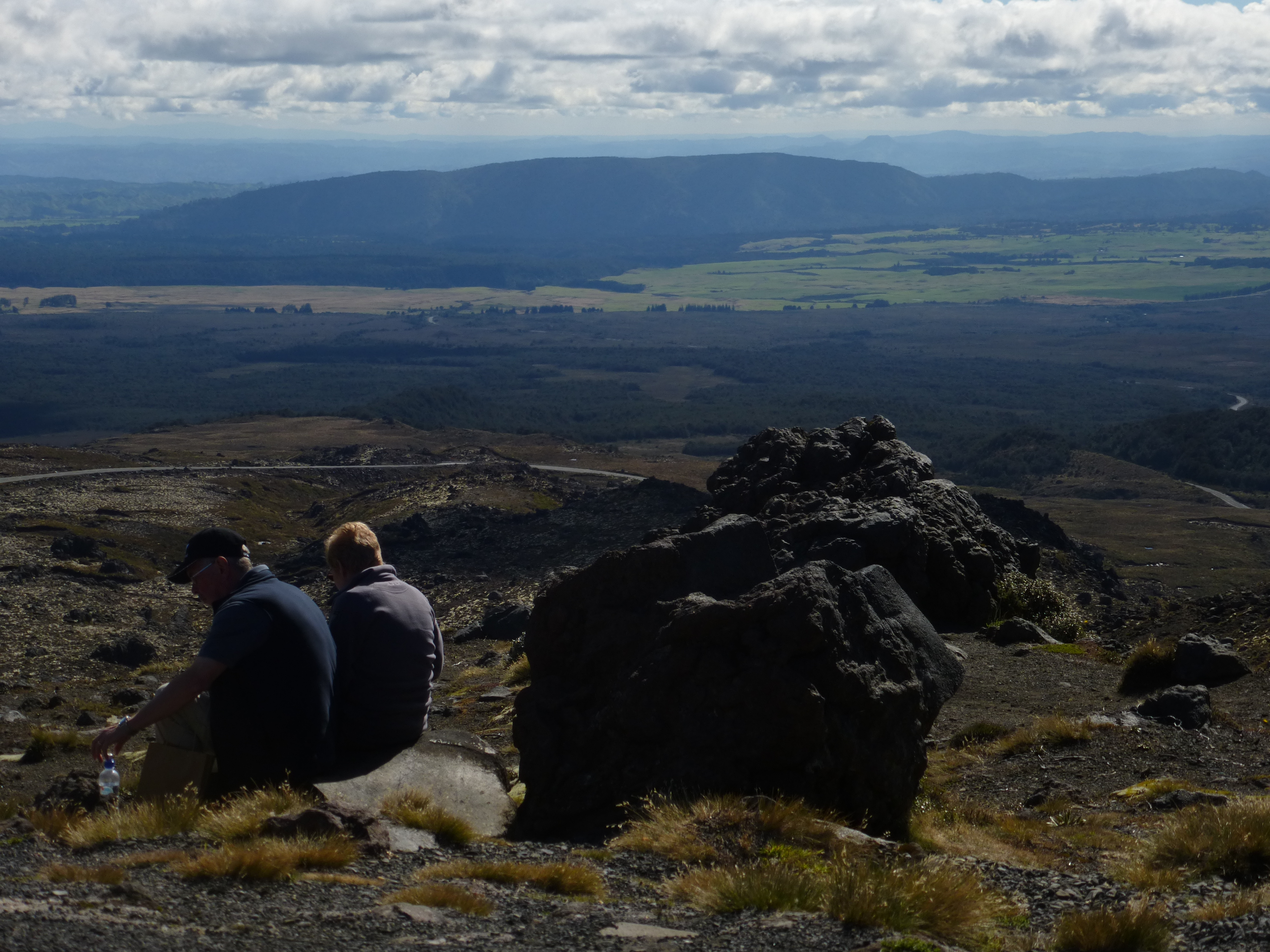 There’s a very fancy hotel, the Chateau Tongariro Hotel, near the base of Ruapehu. This is where Peter Jackson and his crew stayed while filming the Mordor and Mt. Doom scenes: 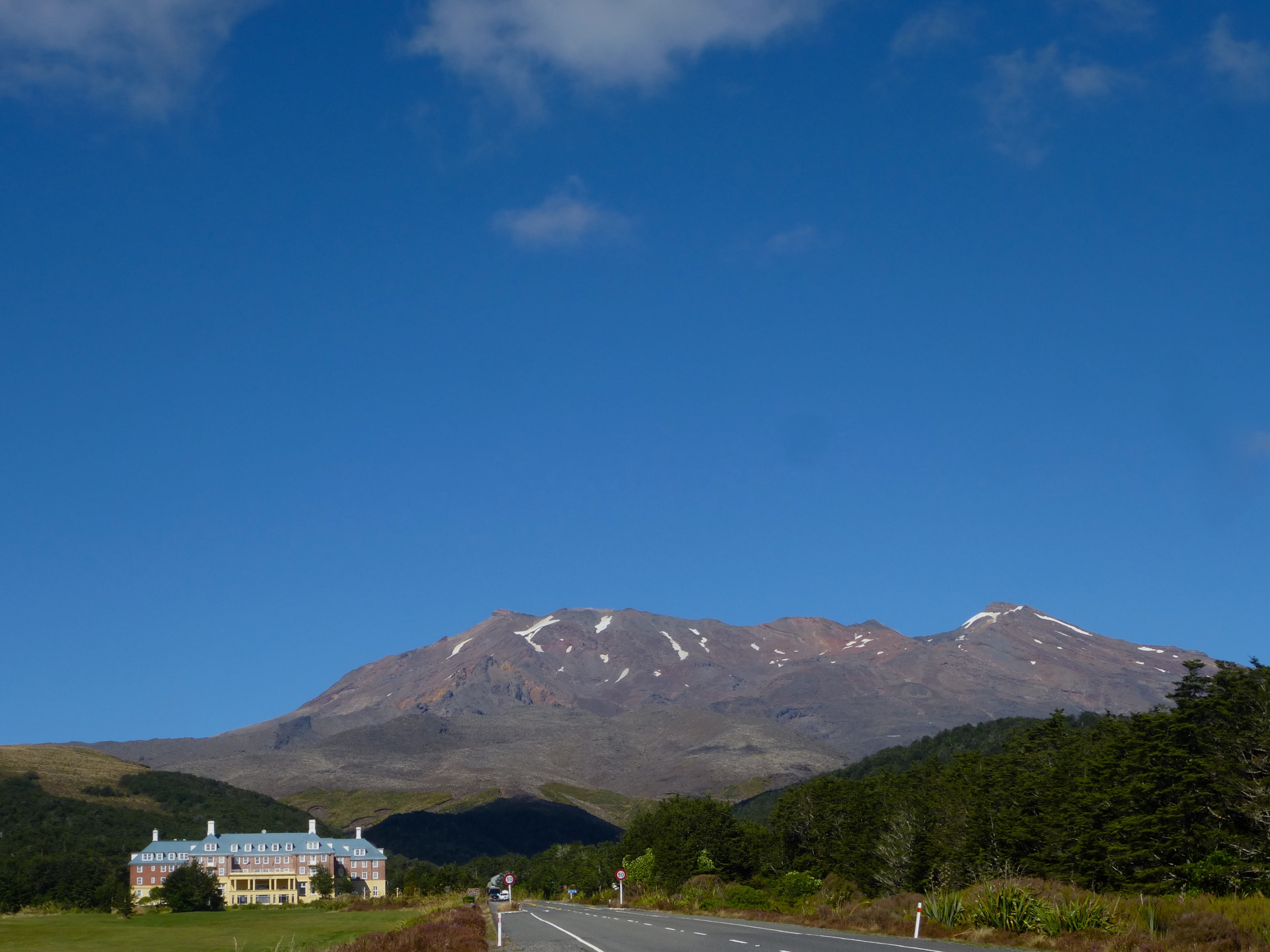 The area is a big ski resort, getting many more visitors in winter than summer. When we visited, helicopters were flying in fresh loos for the upcoming winter season: 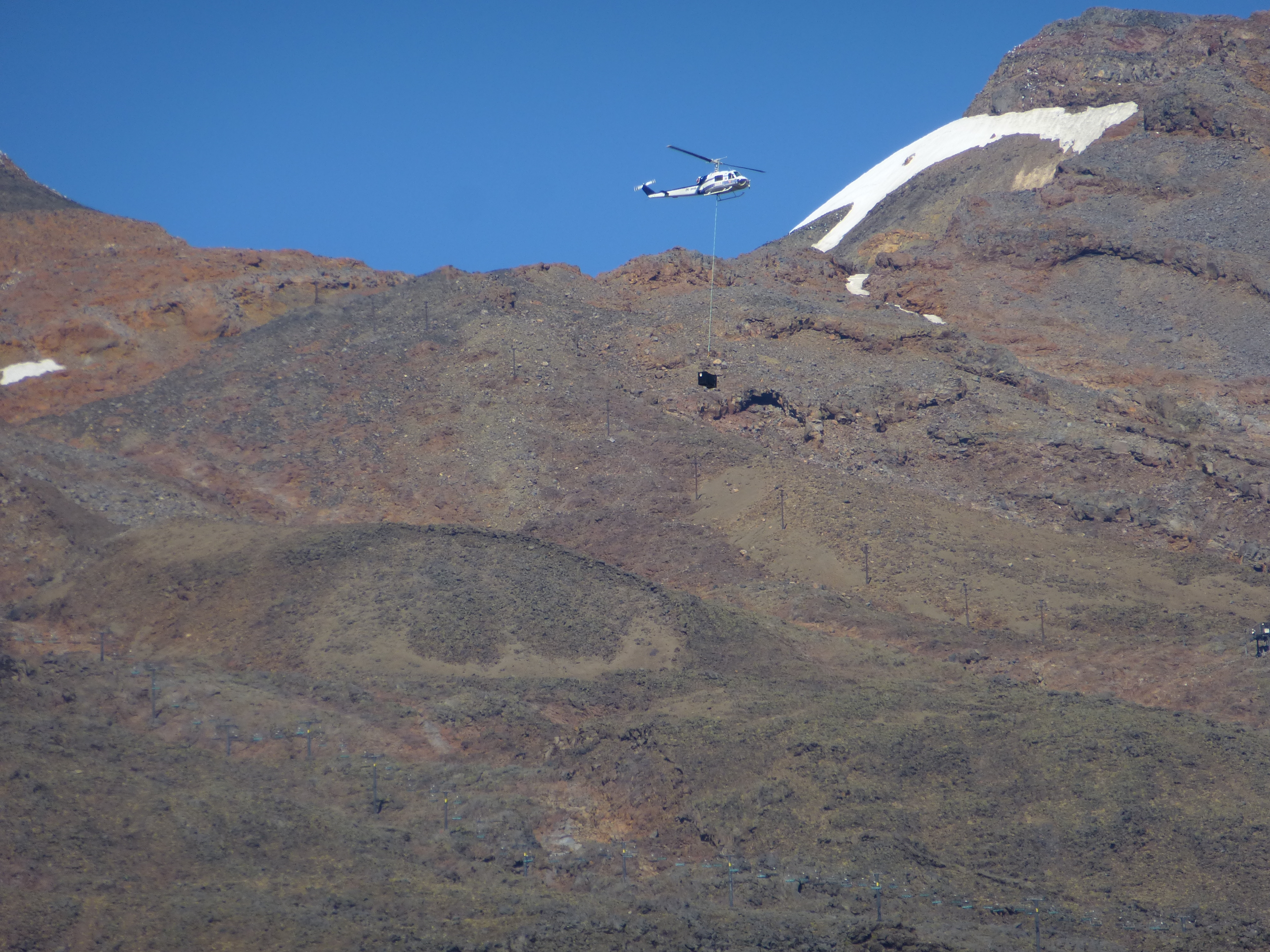 This is the only stuff that can live on the high-altitude volcanic slopes: 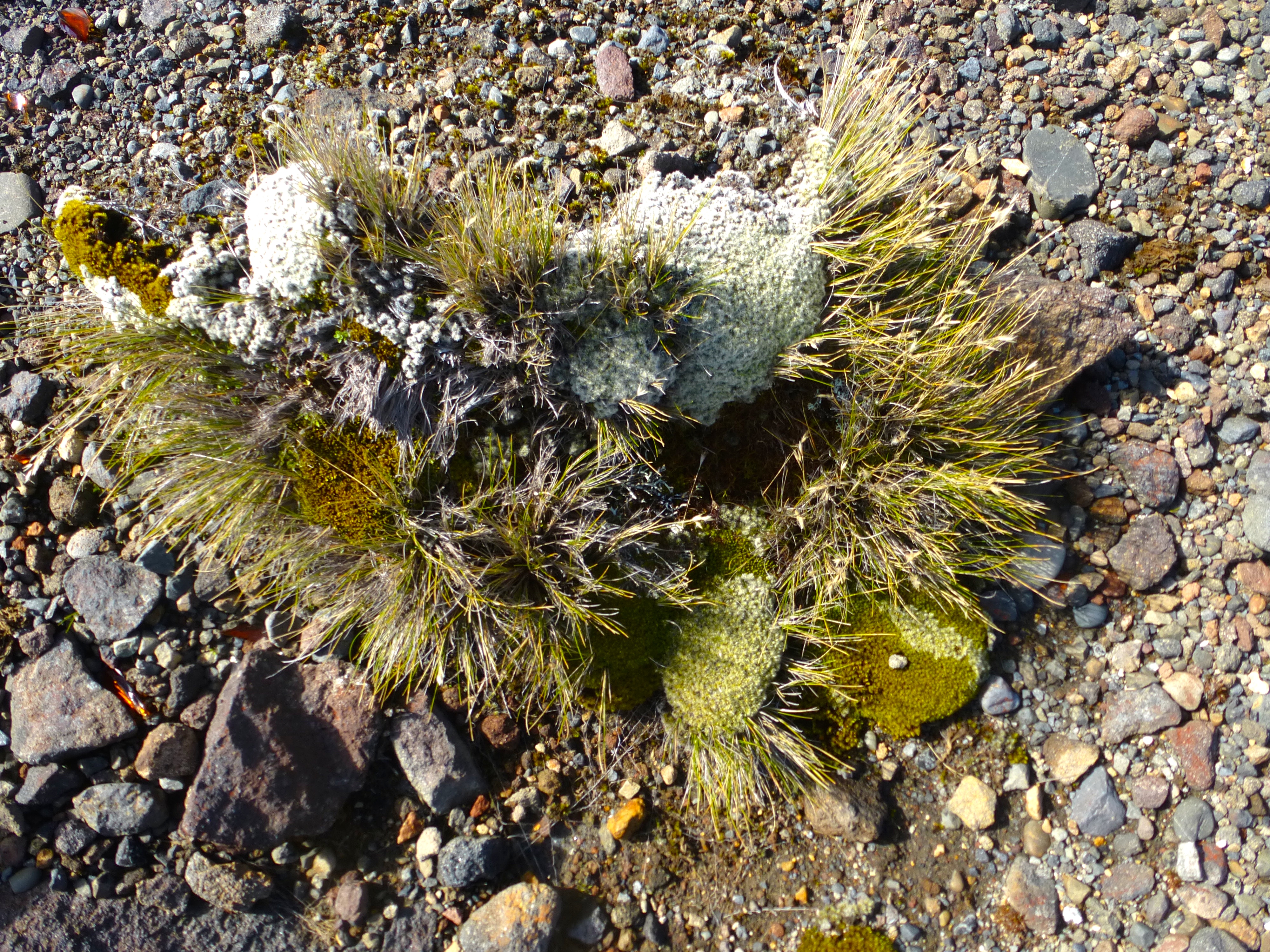 Some flowers a bit lower down. I don’t know what the species are, or whether they’re endemic, but please identify them if you know: 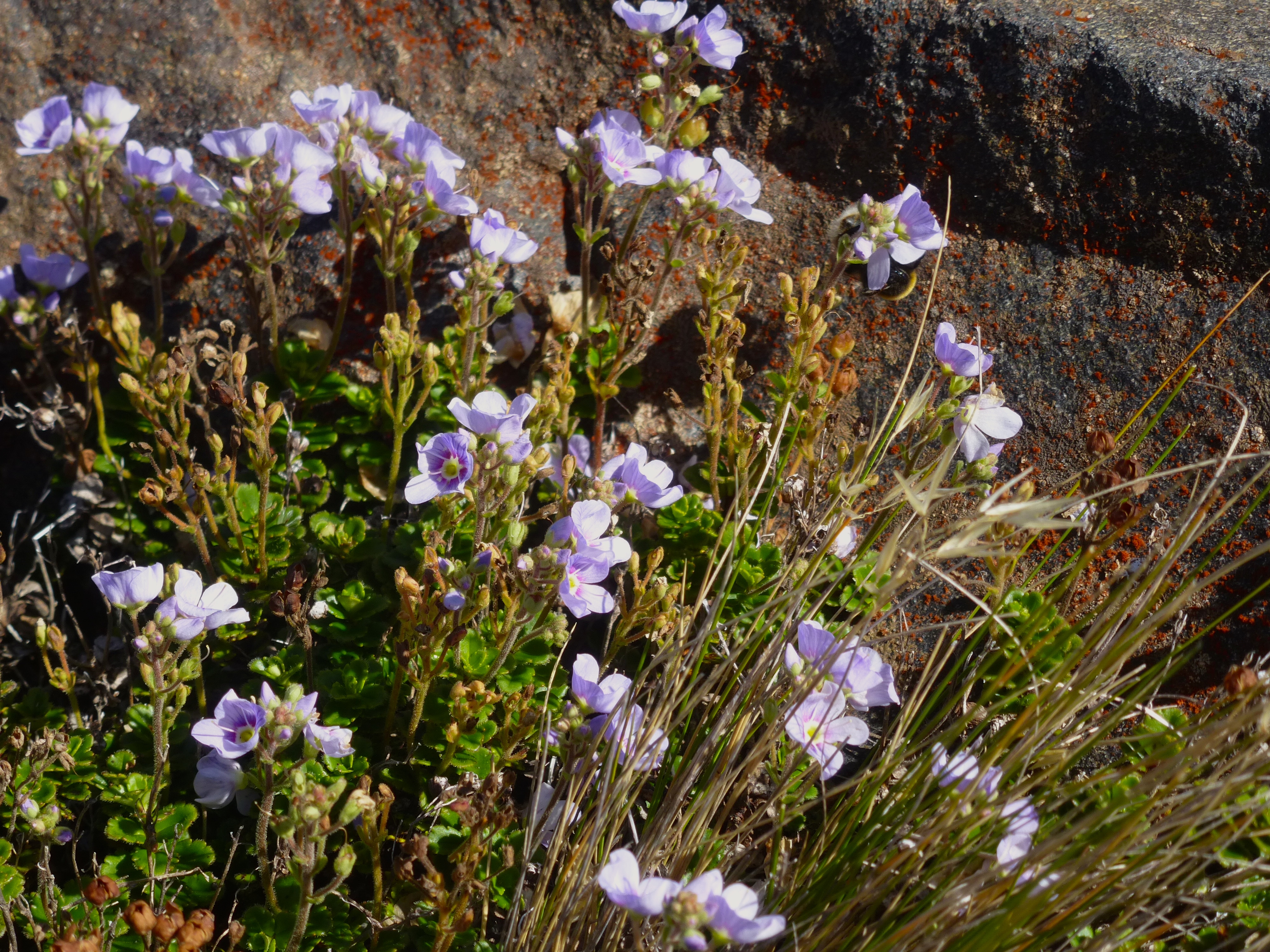 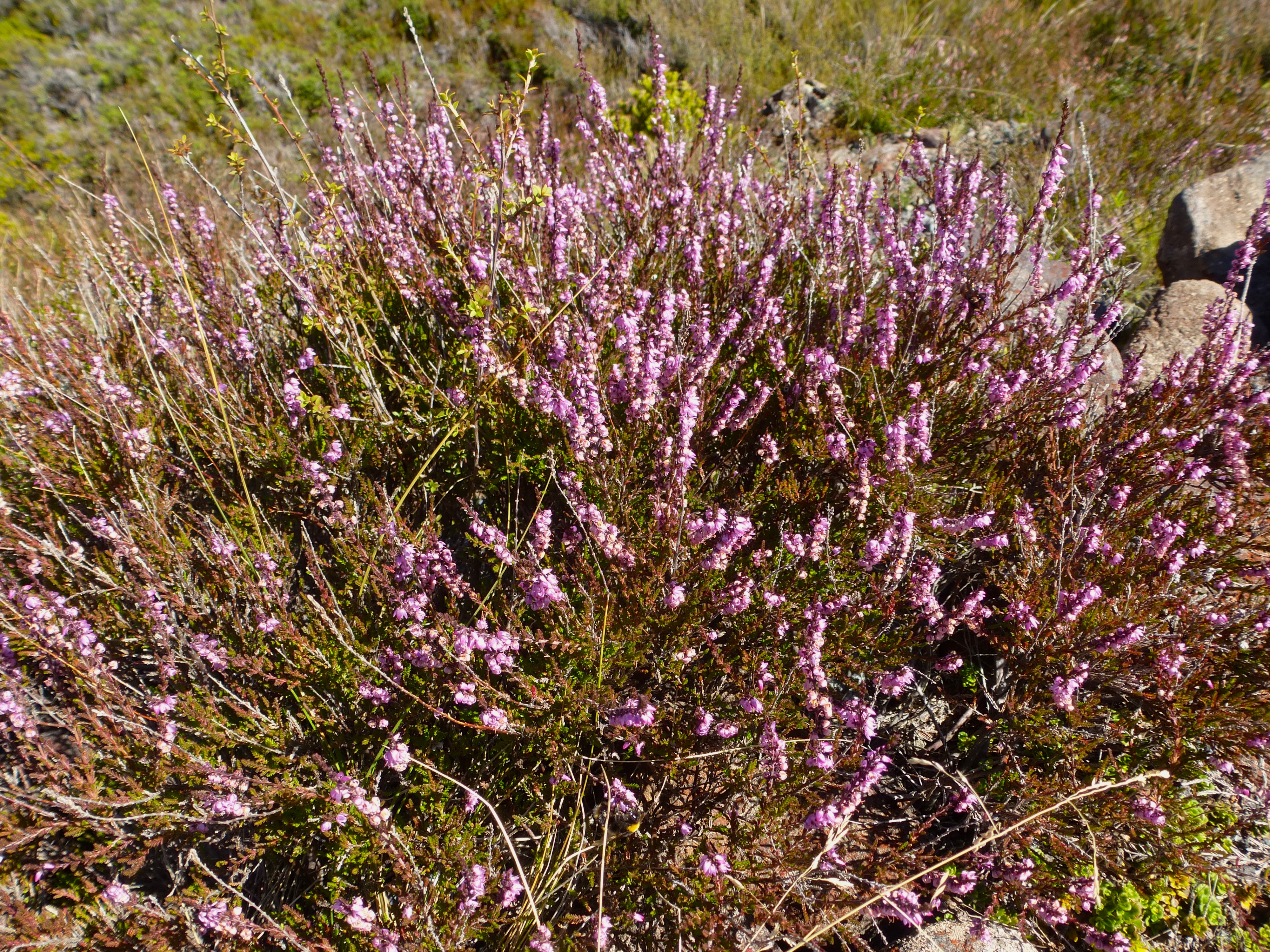 And, back near Taumarunui, we visited a farm that bred sheep with unusually long necks. (Yes, yes, I know they’re alpaca.) 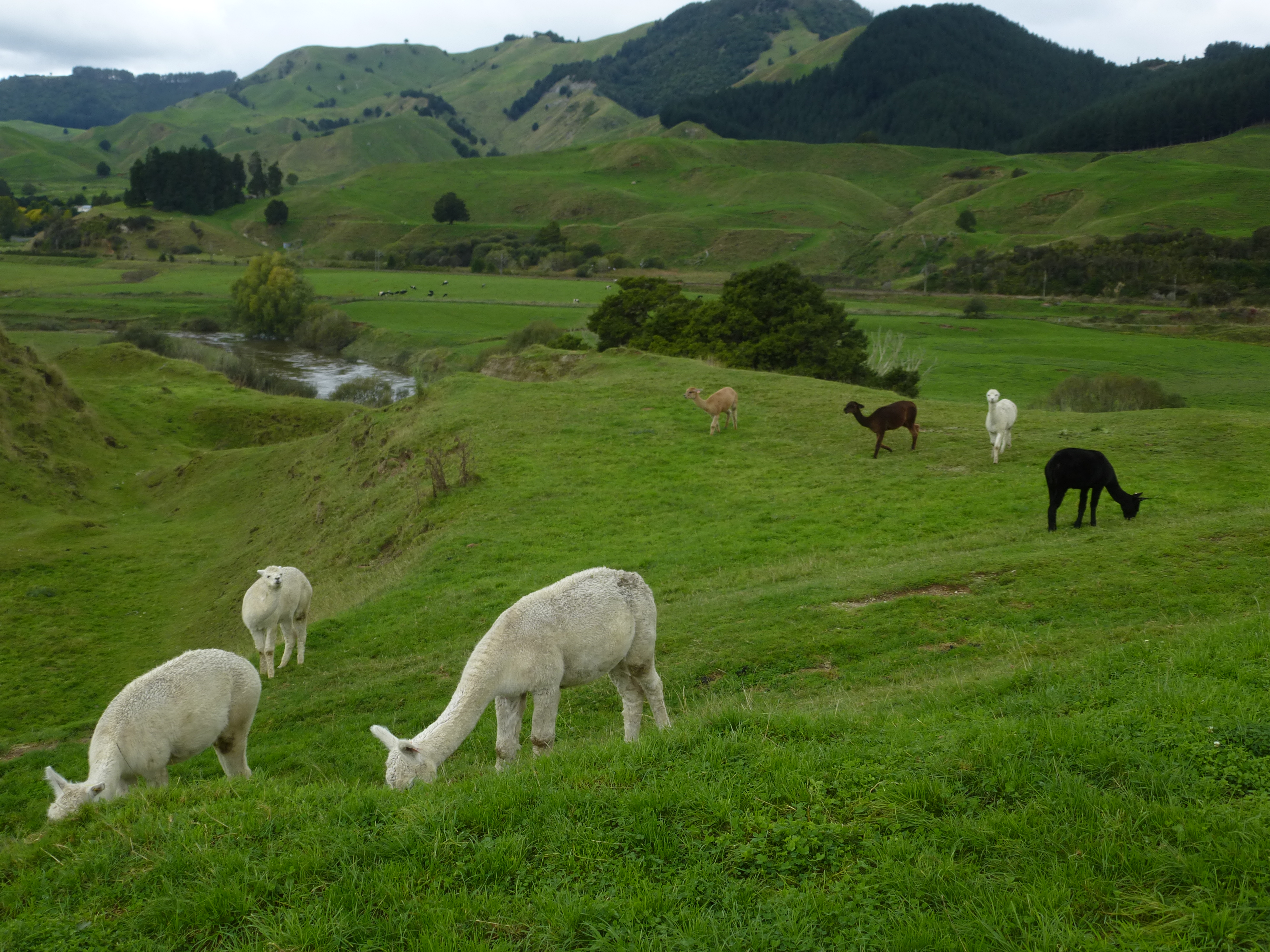 Heather has a friend who, along with a sheep station, grows lavender to make soap, oil, perfume, and other things. Here’s the field photographed by Heather shortly before I arrived: 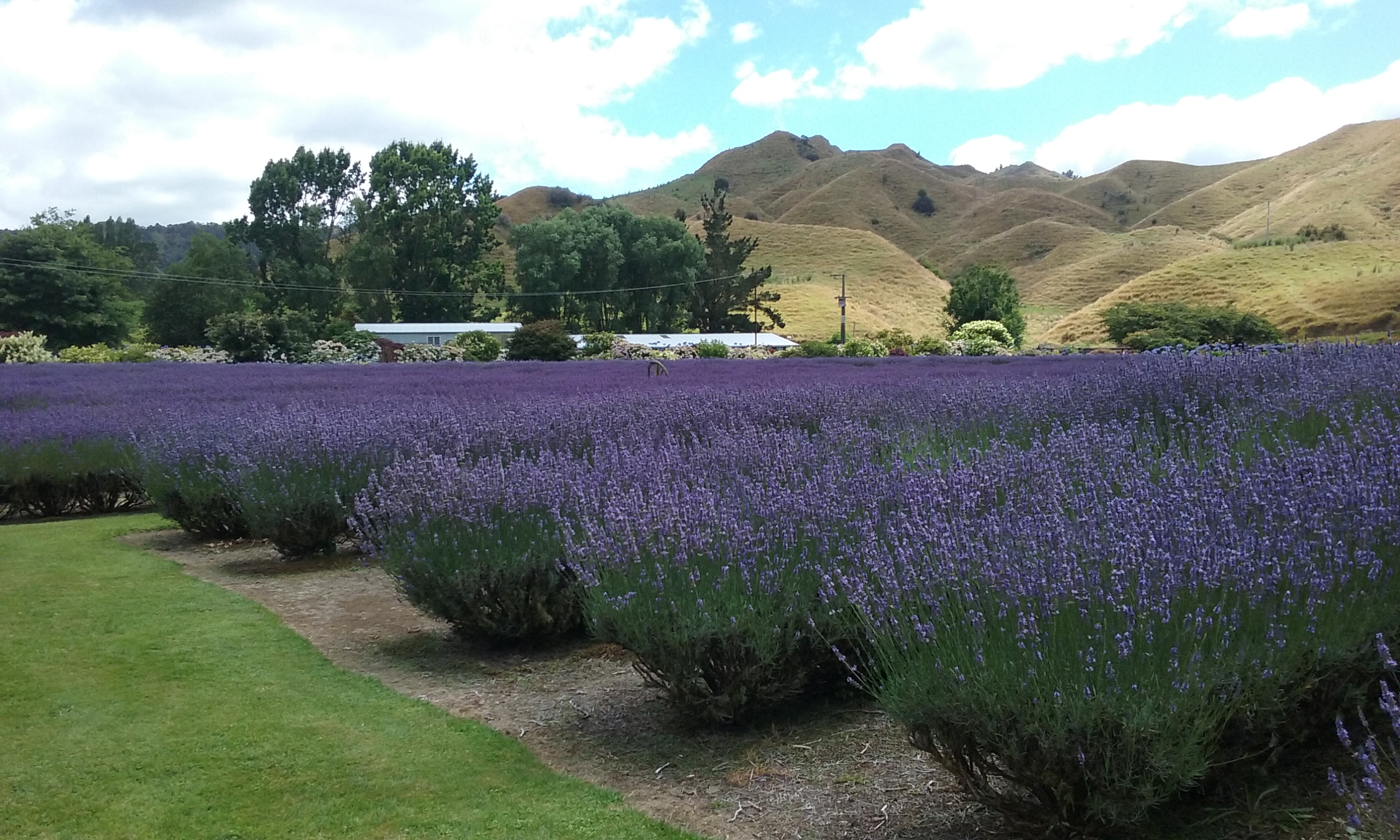 It was rainy when we visited, so the flowers were mostly closed. But I saw a bunny: 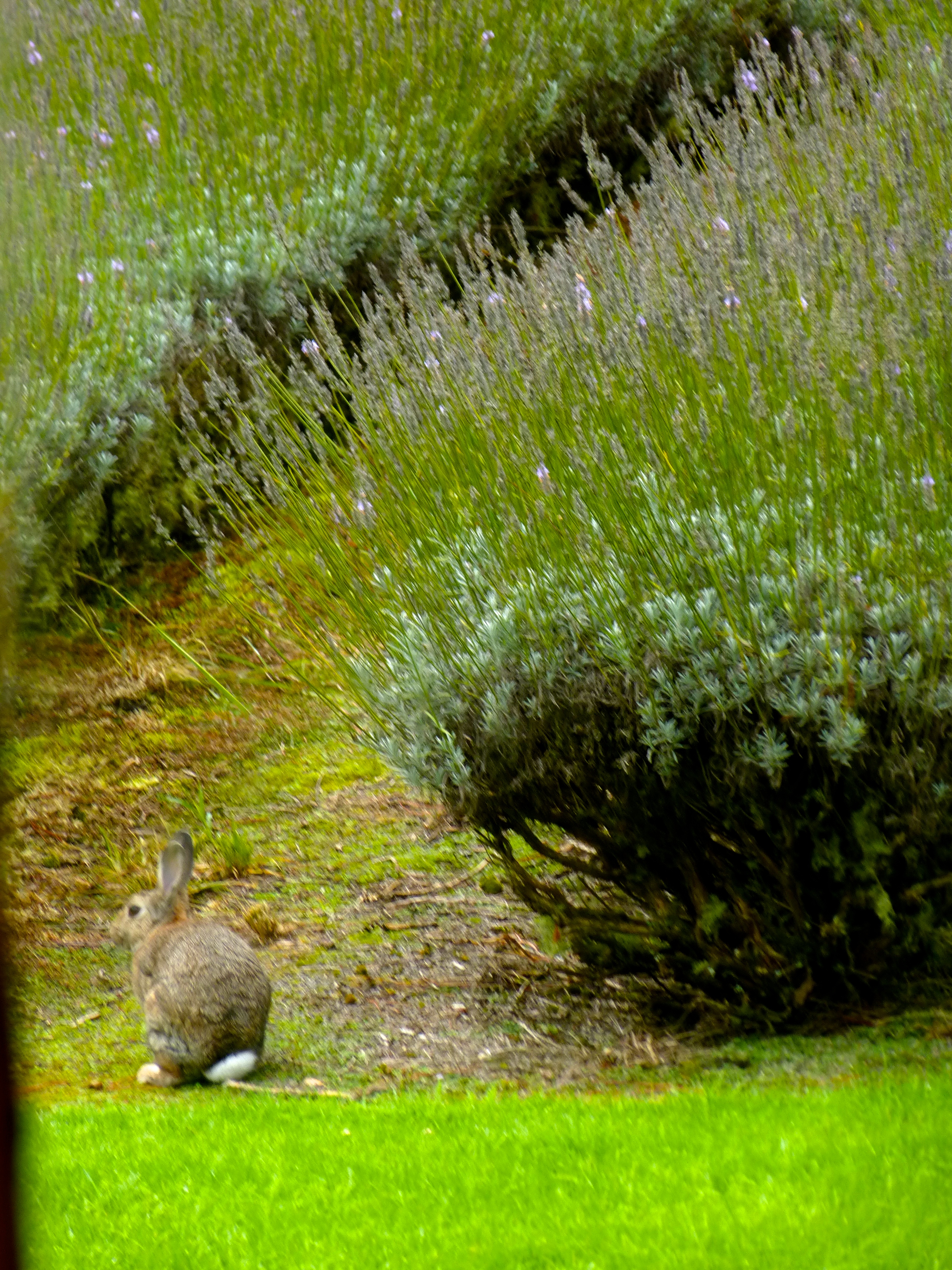 A bee-mimicking hoverfly on lavender: 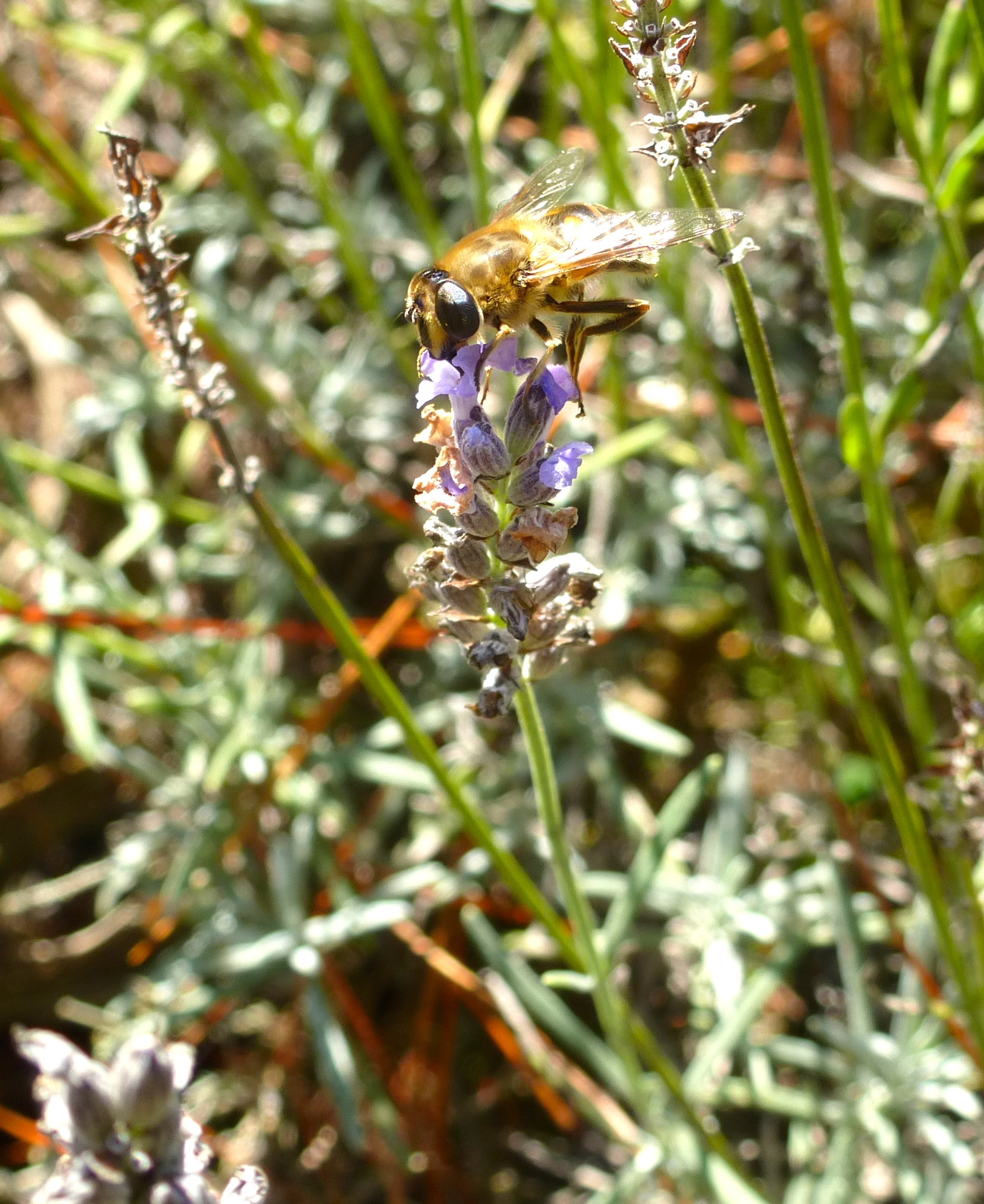 We had scones and a drink at the farm, and they harbored a friendly farm cat named Smoky: 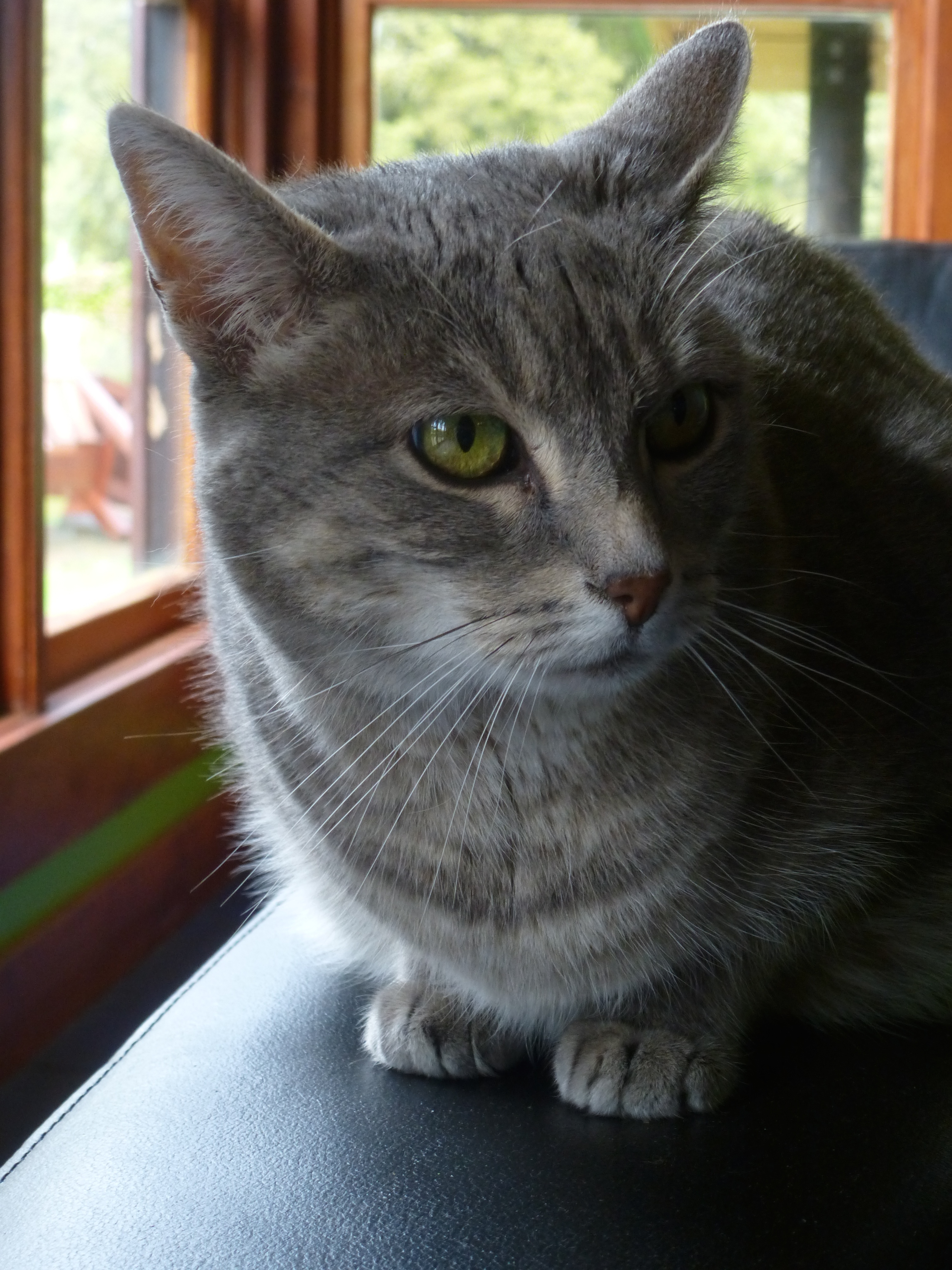 And so I got my cat fix, as I had a bad Cat Jones by this point: 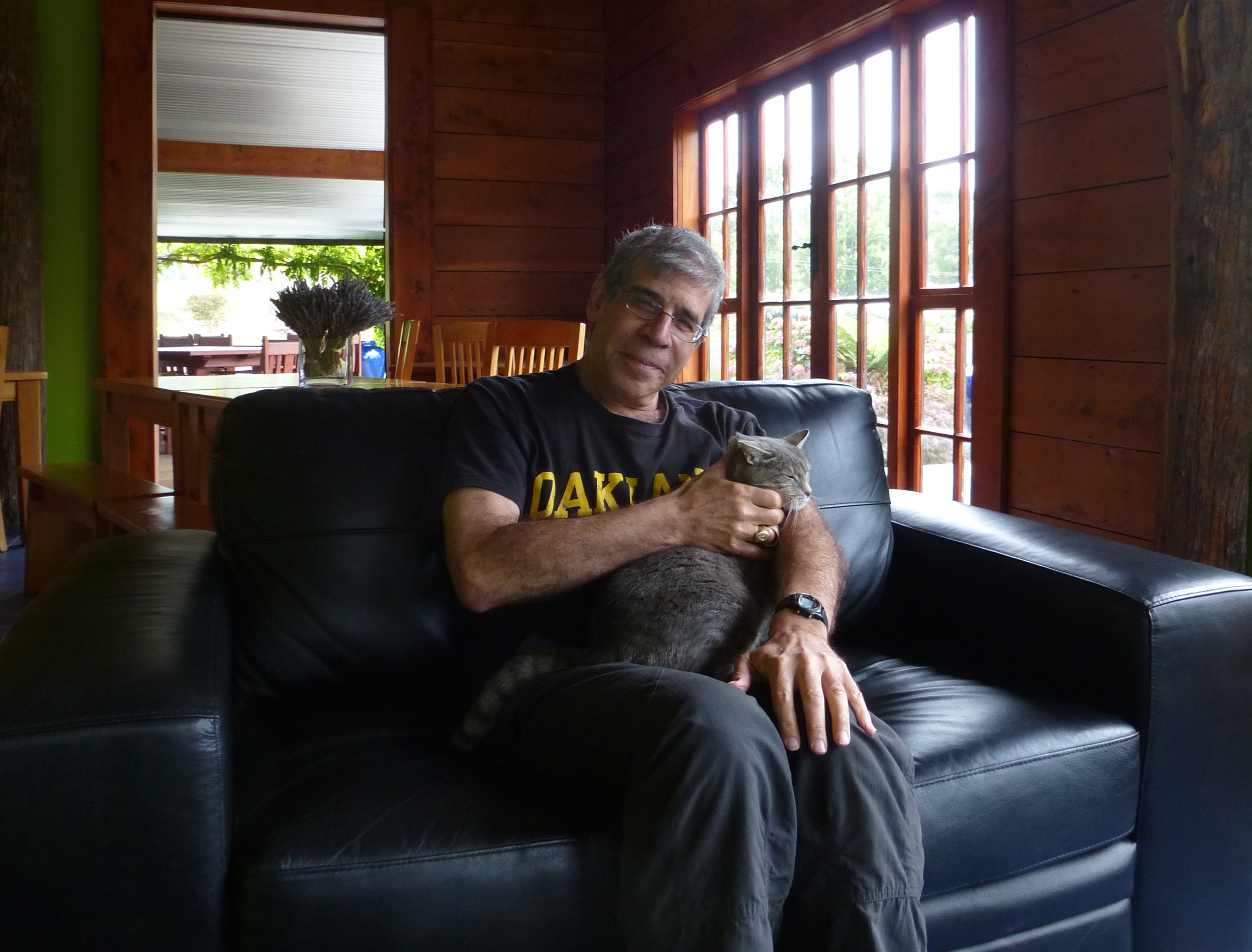 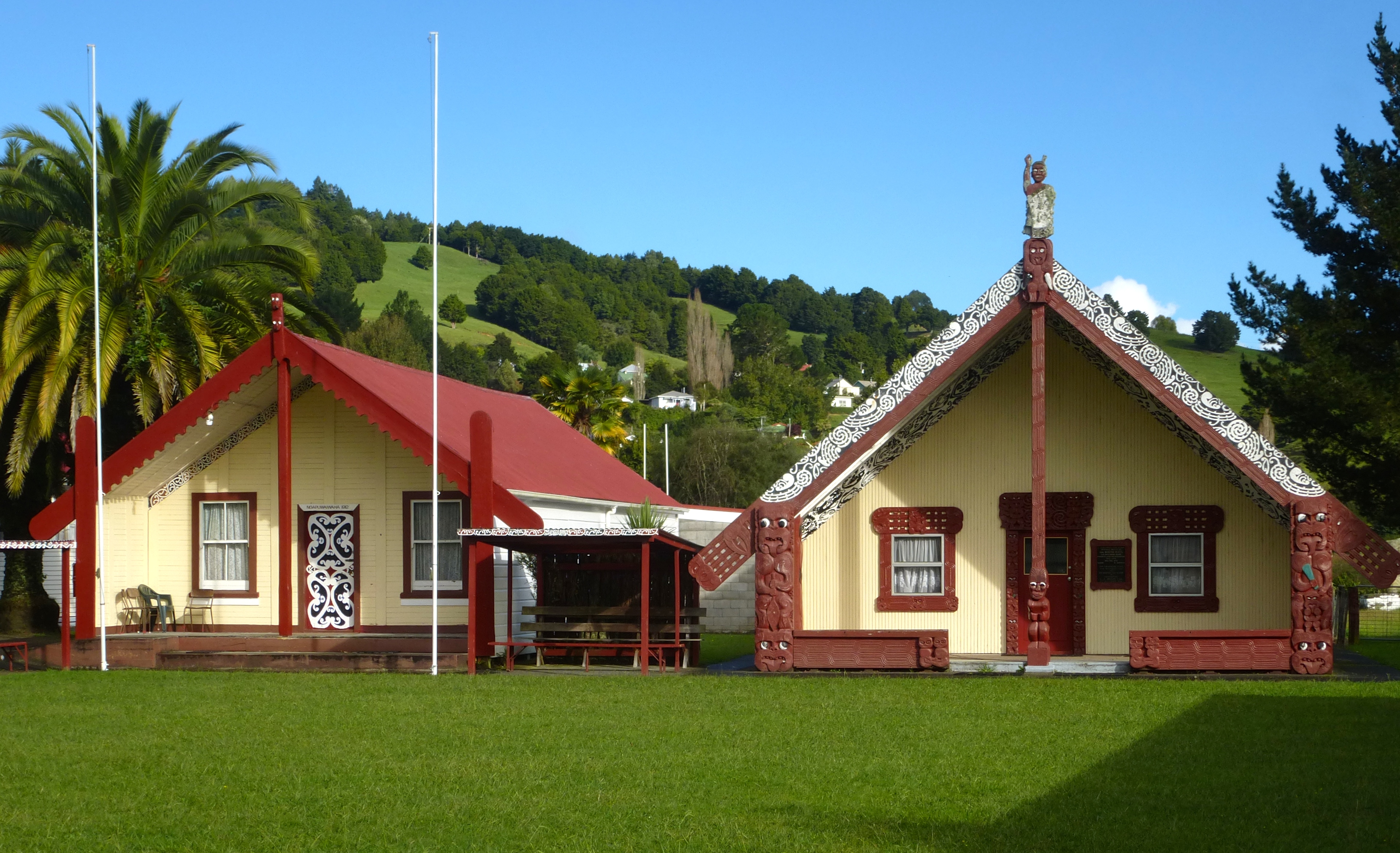 The carved sign over the door of the wharenui:

Not over an hour had passed after I arrived at Heather’s when we heard a knock at the door. Sure enough, there were two Mormon missionaries from Canada, there to convert us. When Heather told them they were at the wrong place, as they had encountered two atheists, they kept on with their palaver. I then began photographing them. 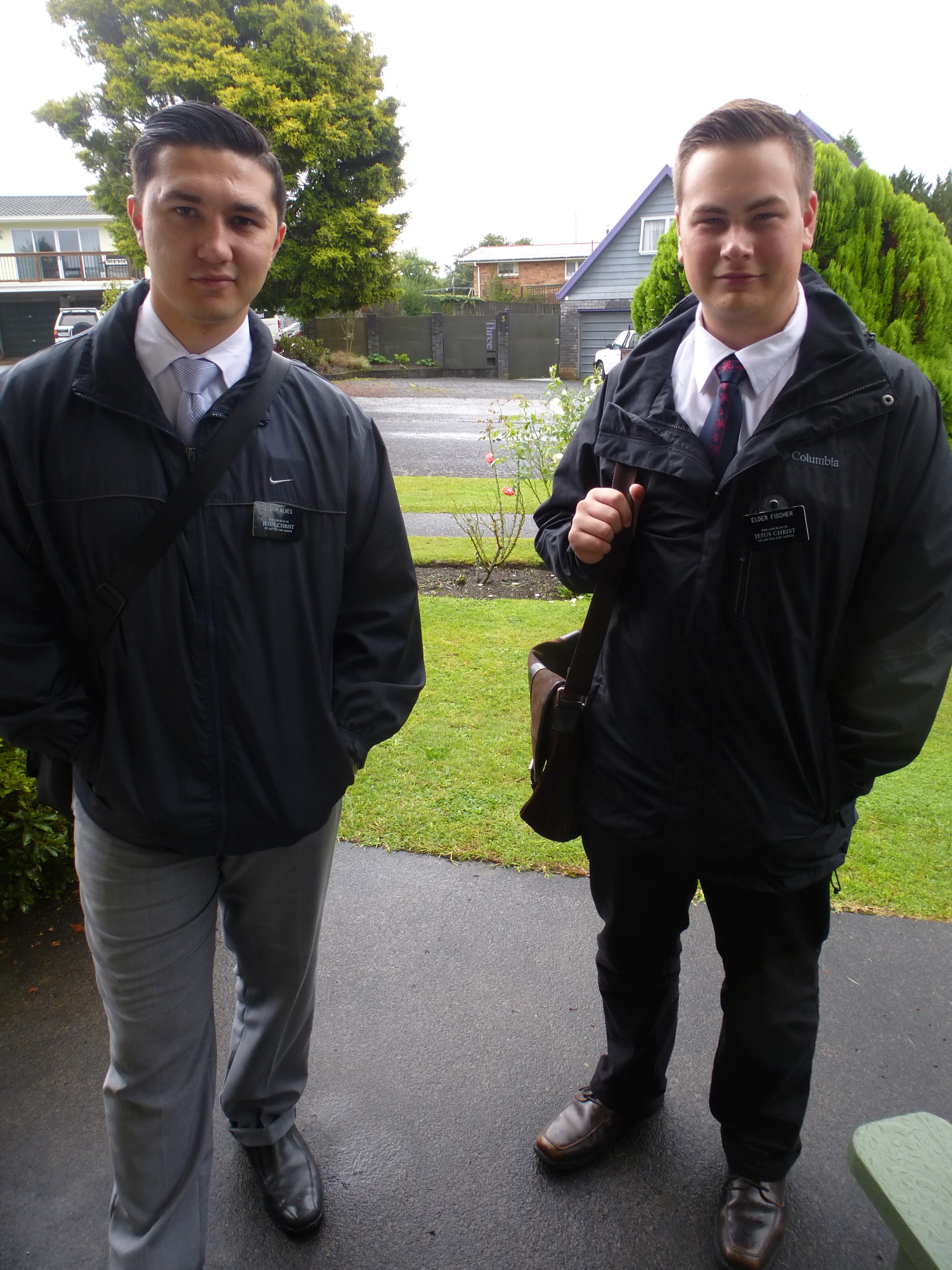 At first they waved, but when I kept taking photos they asked me to stop and then to delete the photos. I told them that I wouldn’t do that because I was allowed to photograph them on Heather’s property. 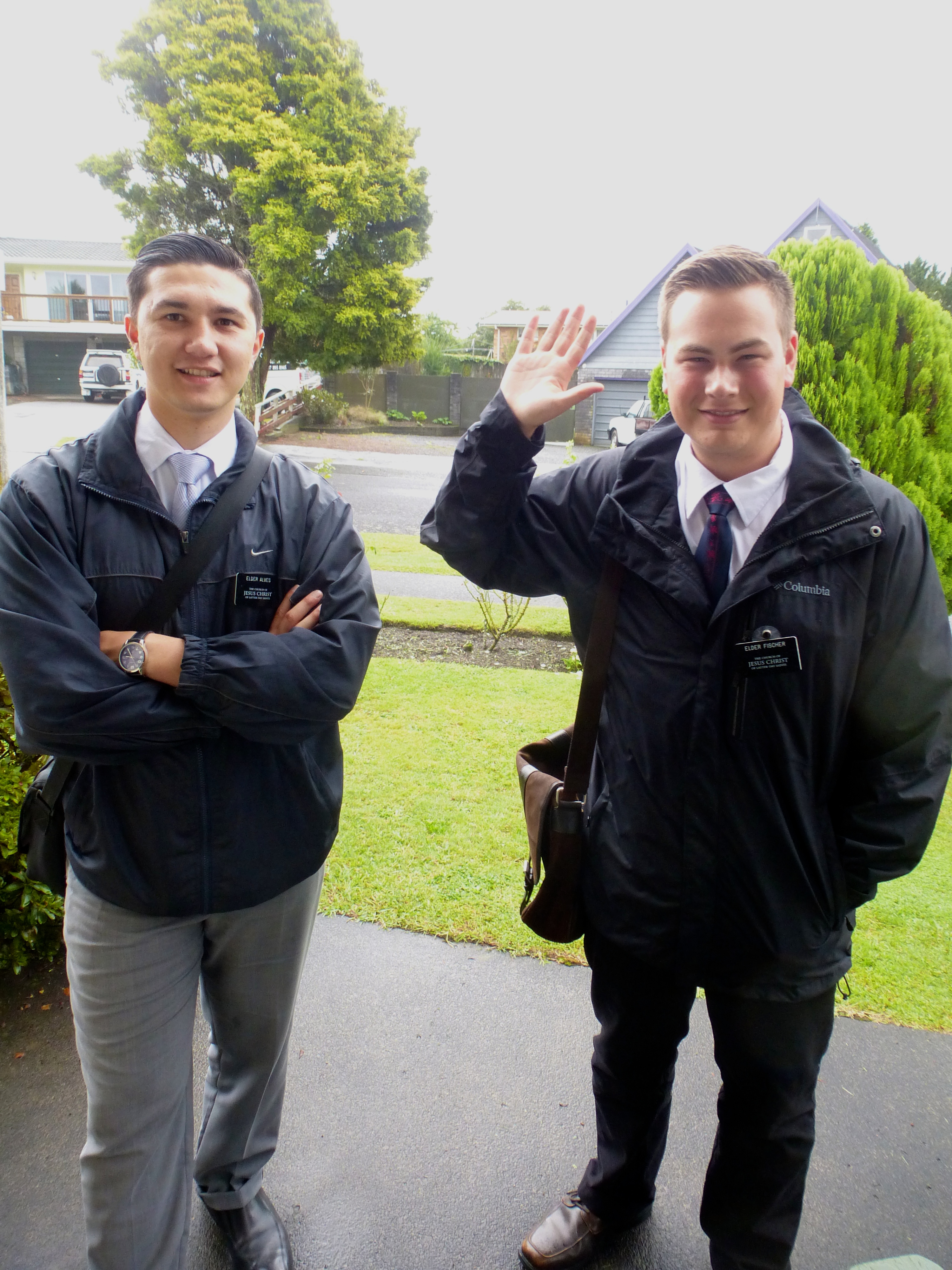 Local lunch on the way to Taumaranui: a chicken and leek pie with salad and a caramel-nut muffin. The standard of cafe food in New Zealand is very high, and I love the various kinds of savory pies. 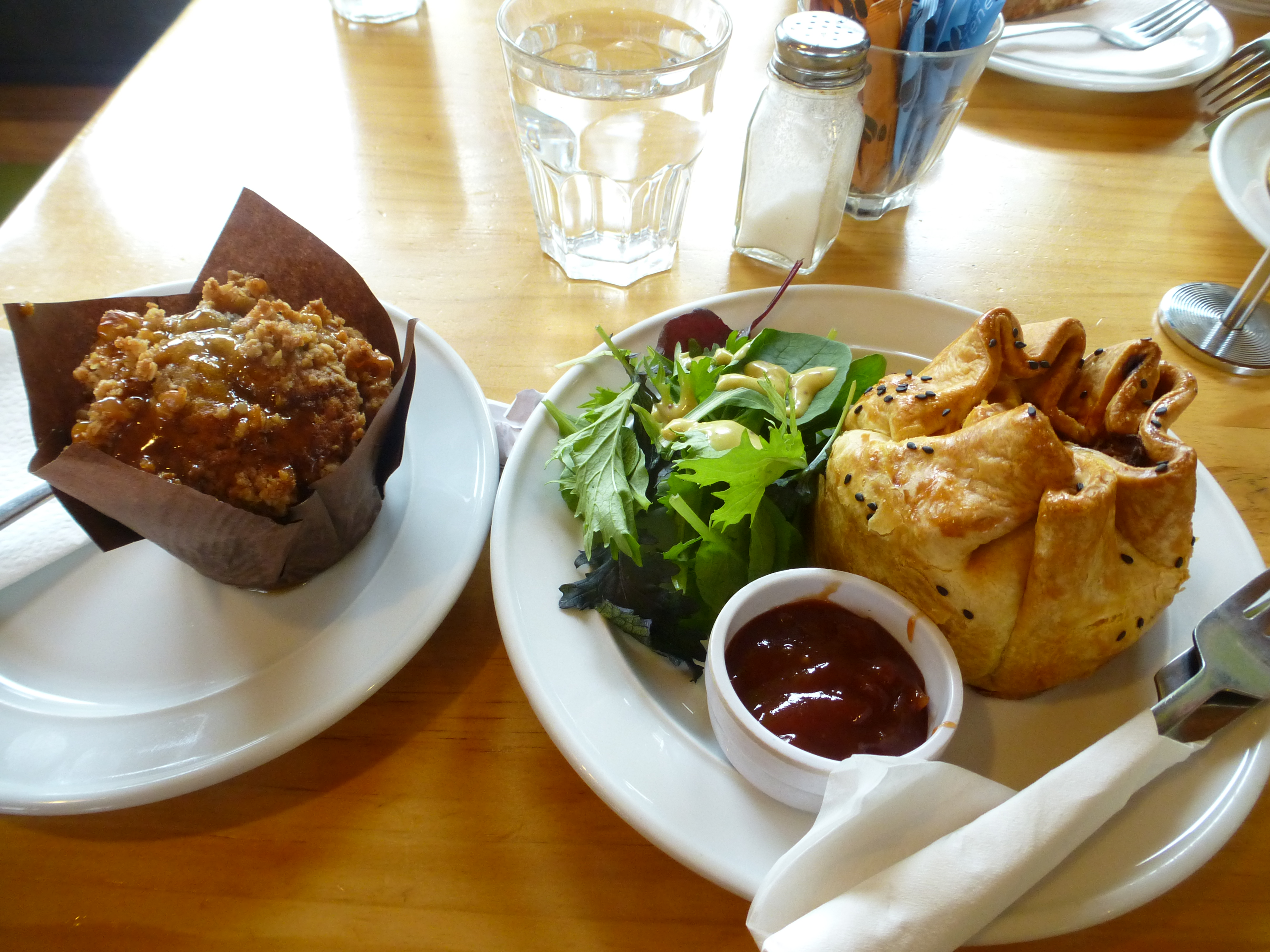 Heather is an excellent cook, and made us a vegetable and ham quiche one night: 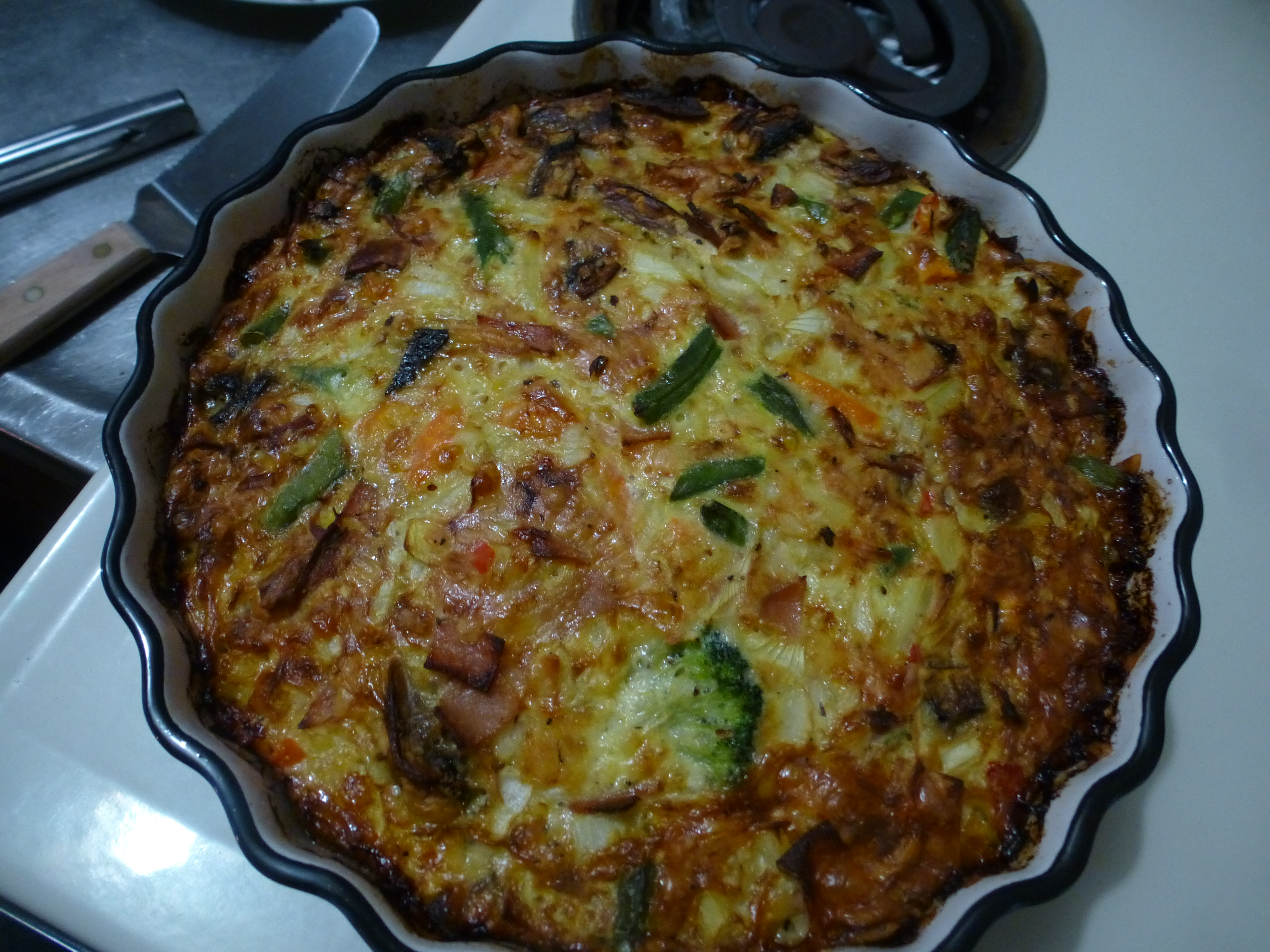 Green-lipped mussels at the grocery store, where several patrons were barefoot. We had them (the mussels, not the patrons) pickled in a salad; and they were superb: 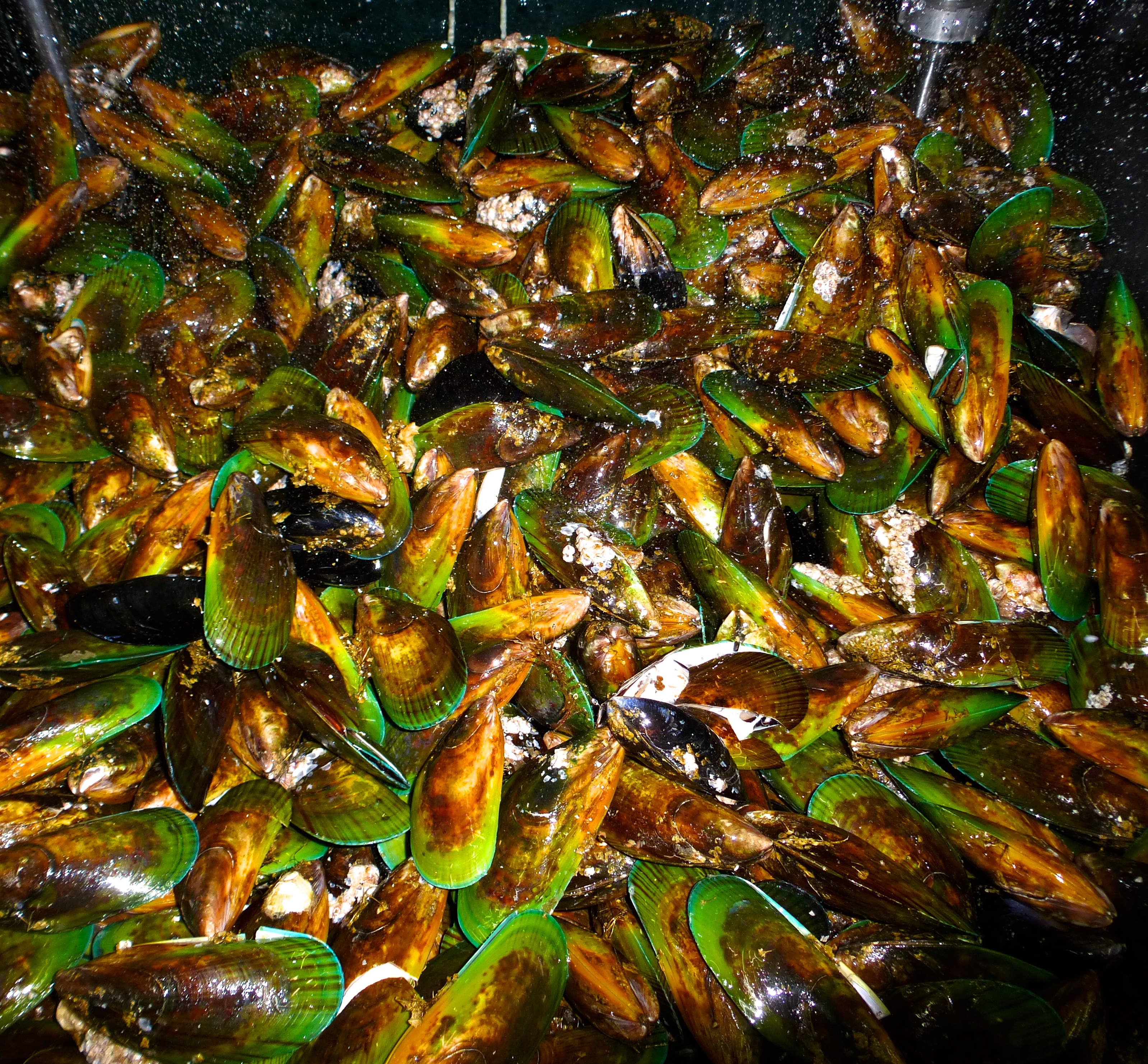 Another product of Heather’s culinary skills: a bacon and egg pie with vegetables. Americans need to adopt more savory pies, as the only indigenous food like that we have the ubiquitous chicken pot pie. 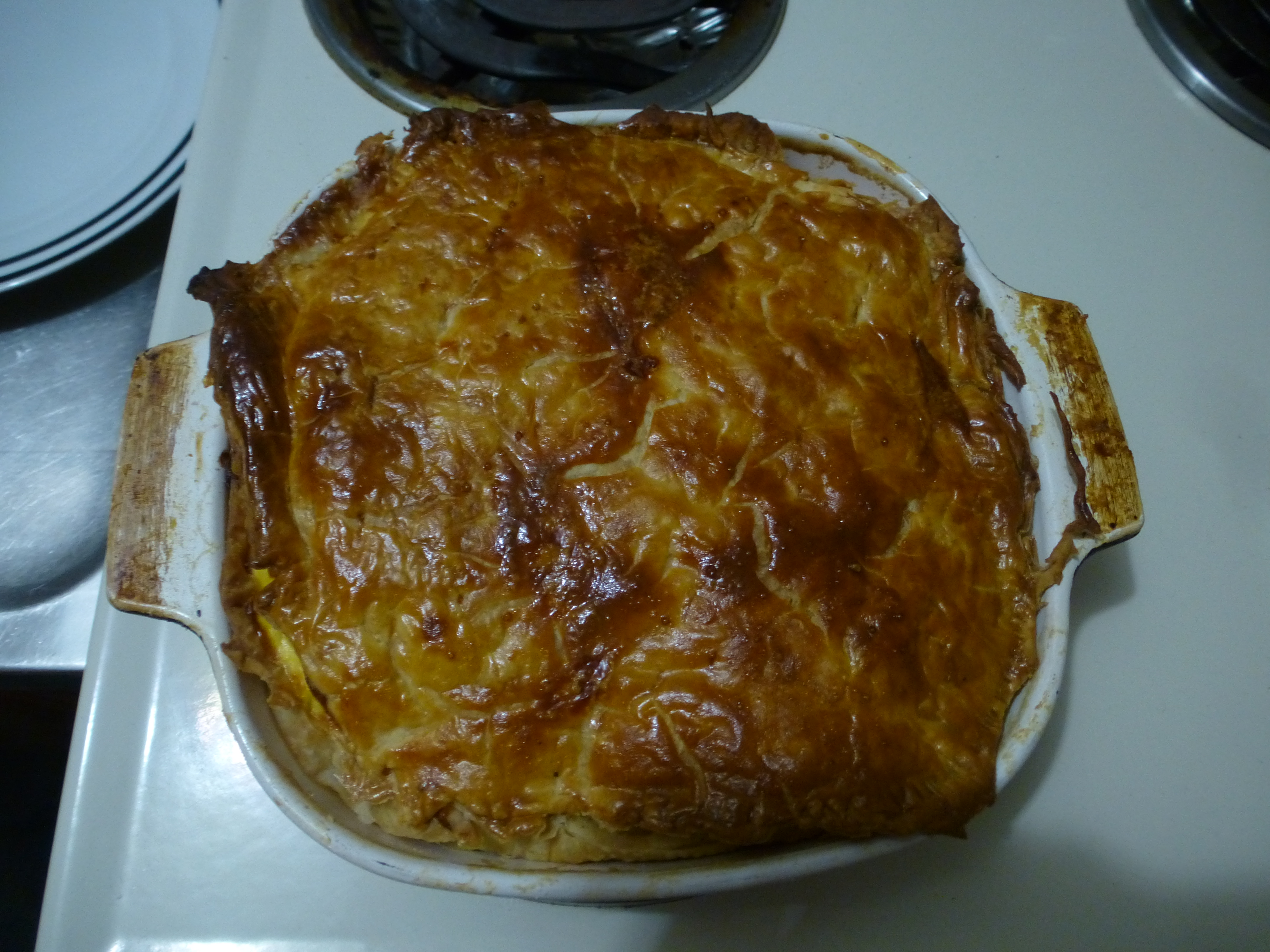 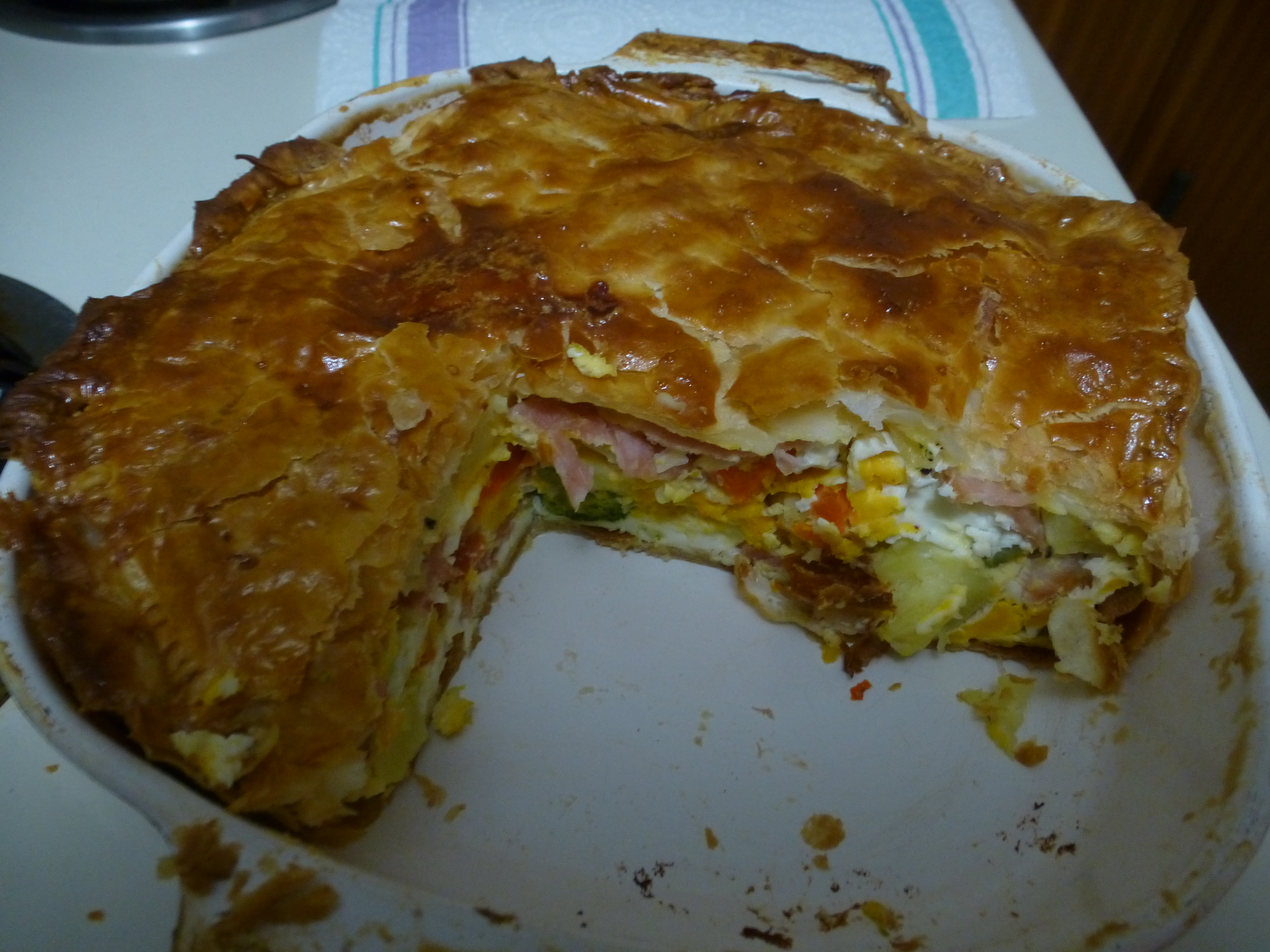 Heather’s car battery went dead before I left, and, while waiting in the garage for a new battery, I took the obligatory self-portrait: 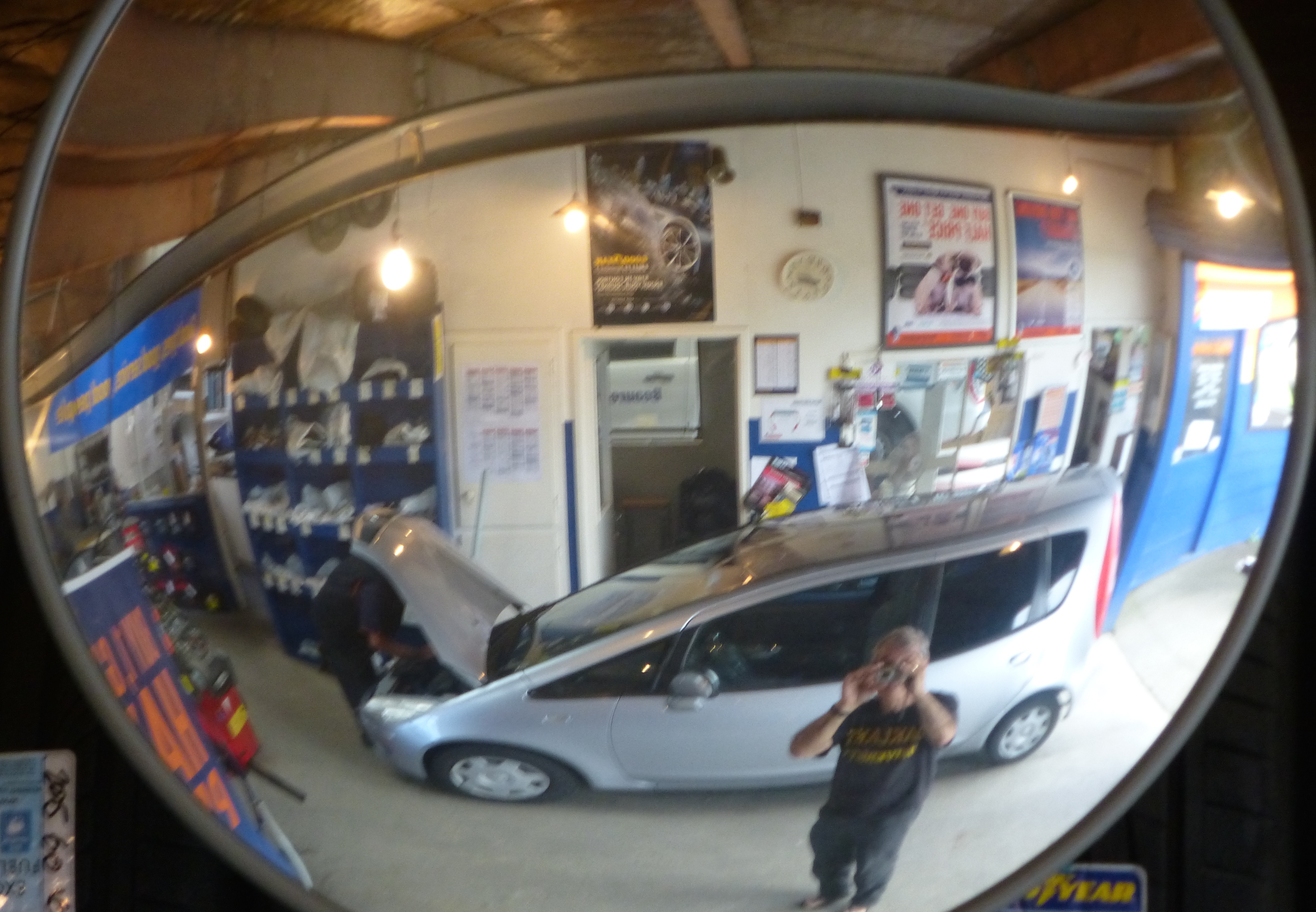 And so farewell to the small town of Taumarunui, population 4640. Here’s the main street: 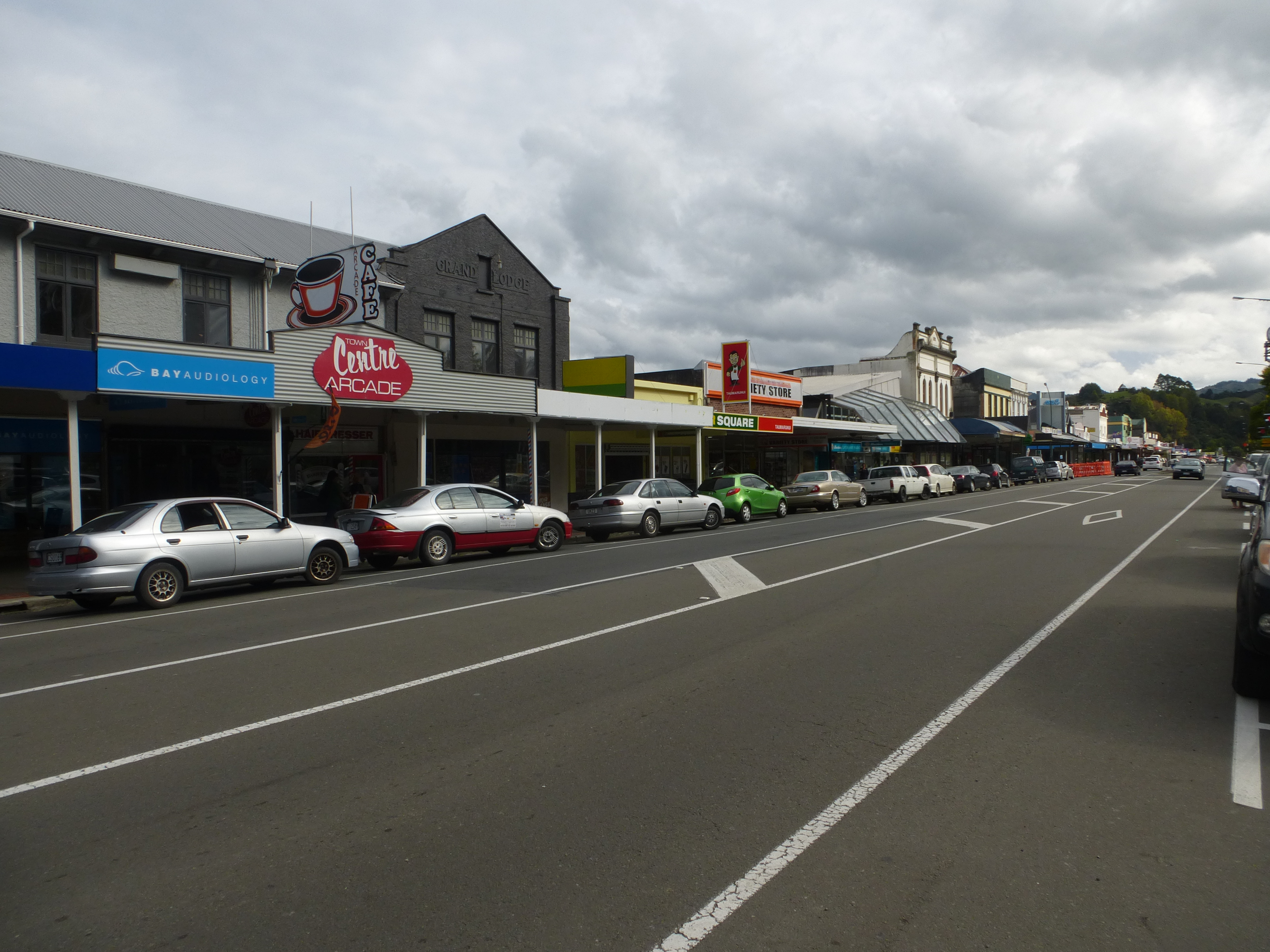 And thanks to Heather for her hospitality!

65 thoughts on “Around Taumarunui, part 2”