Here are some photos from my recent trip to Tanzania. I will start with cats. Lions, leopards and cheetahs are the big draws, and the guides all communicate by radio whenever there is a sighting and swarms of vehicles converge at the site and jockey for position so their clients can get a good picture.

The first three are of a lion (Pathera leo nubica) we managed to spot in Tarangire National Park when there were no other vehicles around, which is extremely lucky.  Our guide said that she probably had cubs hidden somewhere while she was hunting as she is obviously nursing. We watched her stop to take a drink and then she walked directly toward our vehicle. She stopped just under the window where I was sitting. Except for my fondness for having my arm and hand attached at the shoulder, I could have reached out the window and touched her. She paused and then went around the back of the vehicle and started moving towards some zebras. Before she could do anything, the zebras moved off. We were able to follow her as she stalked some other zebras and wildebeest. She waited patiently crouched low in the grass waiting for stragglers when another safari vehicle drove through the herd and spooked the wildebeest, which all ran off.  A while later, we, and a dozen or so other vehicles, saw her with two cubs, but I was unable to get any pictures of her and the cubs due to so many vehicles crowding around and blocking the view. As she had the cubs with her, it is likely that she had made a kill. 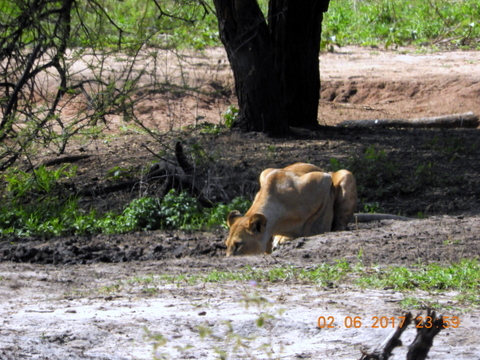 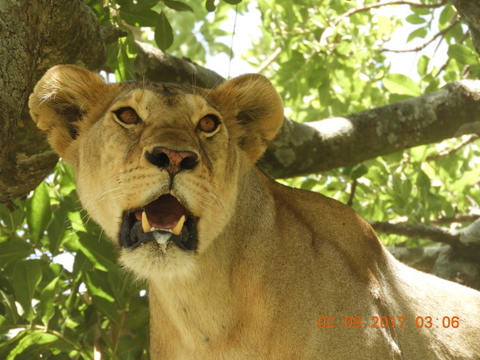 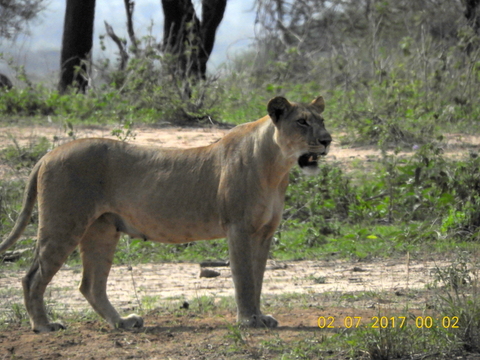 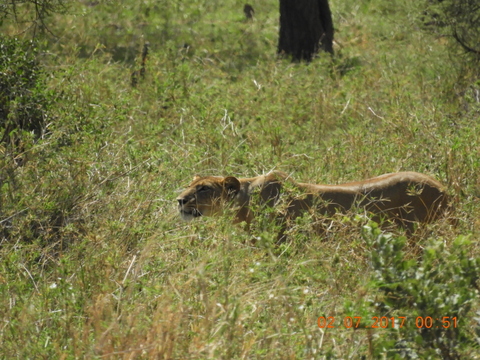 Next are two photos of two cheetahs (Acinonyx jubatus raineyi) in Serengeti National Park. Our guide identified them as brothers. We first saw them just lying on a rock, but then they got up and started moving towards some wildebeest. They stopped and watched as a young wildebeast, possibly an orphan, tried unsuccessfully to join a group of adults. They watched as the youngster started to move away from the group and as it moved off alone, they started to close in.  We saw one of the cheetahs put on an amazing burst of speed and take the wildebeast down, but it was too far away to photograph. The second cheetah joined in to finish the kill and then they took turns eating. 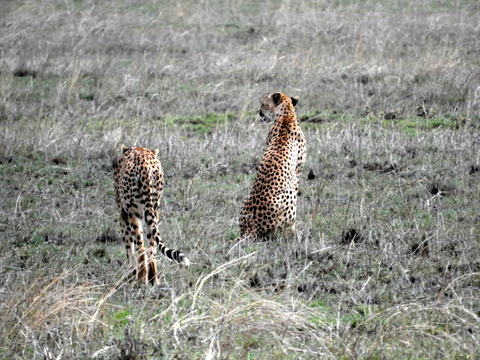 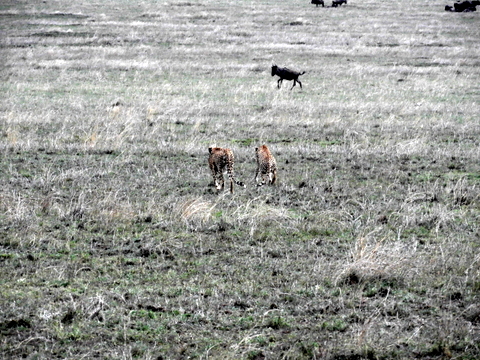 We saw lots of lions, mostly sleeping and a few leopards (Panthera pardus). I include a few shots of both. In one photo of two lions eating a carcass it is clear that one has a radio collar. 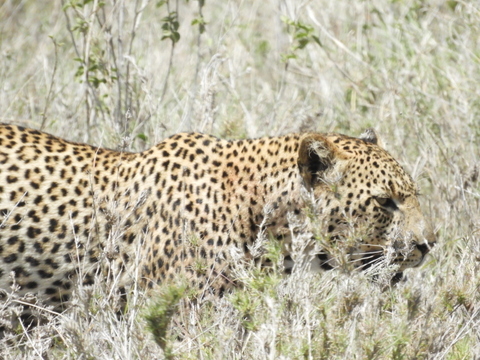 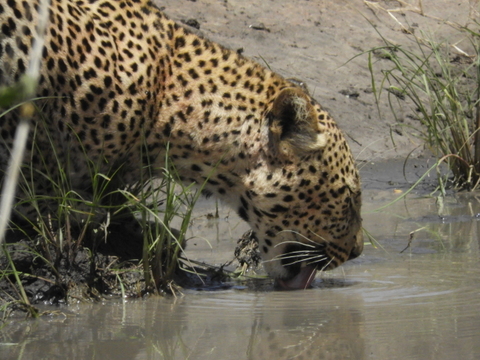 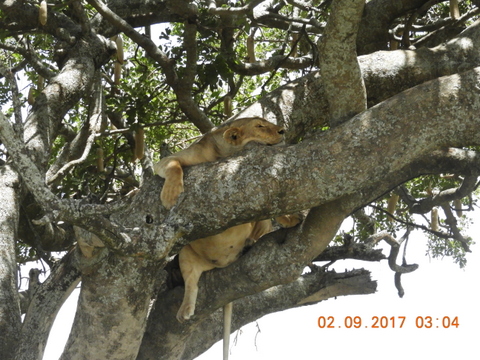 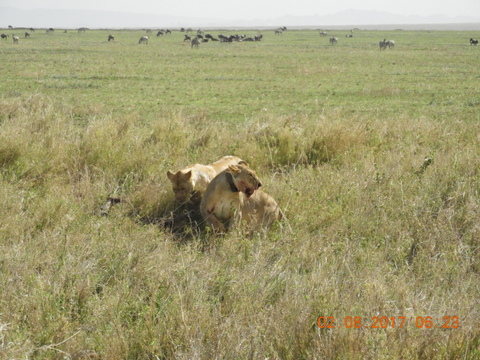 A real treat, however, was getting to see an African Wildcat (Felis sylvestris lybica). It is rare to see this small cat during the daytime, and this one was quite close to the road. [JAC: this is thought to be the ancestor of the housecat.] 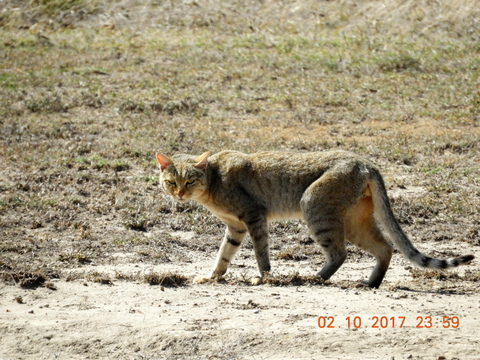 Finally is  picture of our first cat sighting in Africa at the Arusha Hotel, where the local moggie joined us for our initial briefing by our guide. 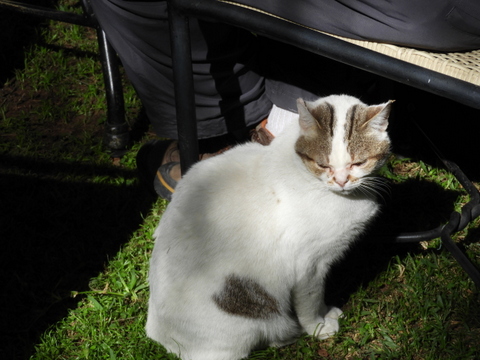