Today’s Jesus and Mo strip, called “their,” commemorates International Women’s Day, but in the way that only these two saviors can. The barmaid clearly didn’t approve: 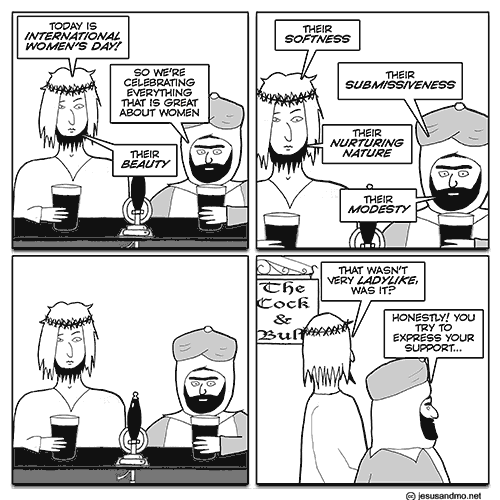