Here are two items I call to your attention. The first is reader Heather Hastie’s new post, “Atheists are becoming more popular!“, reporting the heartening results of a new Pew Survey.

The other is a long and truly superb piece in The Atlantic by David Frum on what’s likely to happen under the Trump Administration, and how we can fight against it. Click on the screenshot to go to the piece: 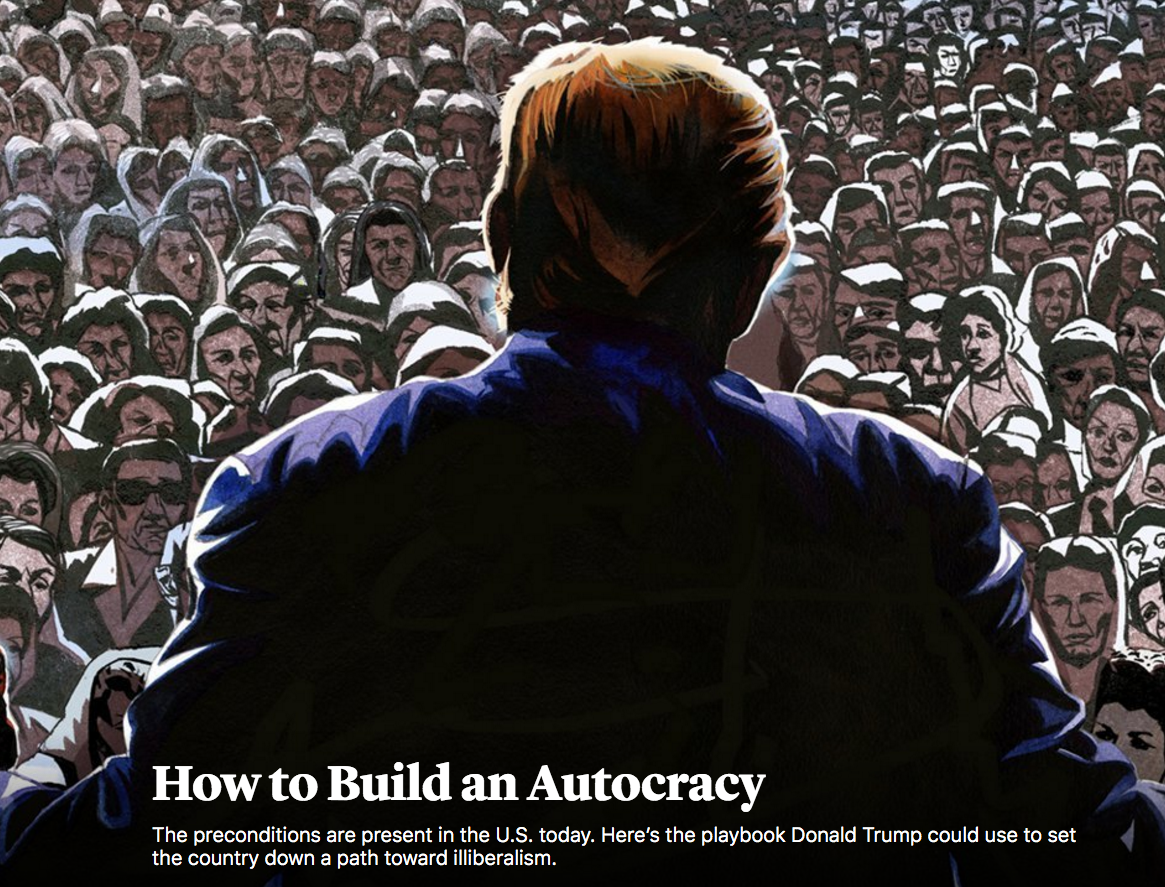 Trump has scant interest in congressional Republicans’ ideas, does not share their ideology, and cares little for their fate. He can—and would—break faith with them in an instant to further his own interests. Yet here they are, on the verge of achieving everything they have hoped to achieve for years, if not decades. They owe this chance solely to Trump’s ability to deliver a crucial margin of votes in a handful of states—Wisconsin, Michigan, and Pennsylvania—which has provided a party that cannot win the national popular vote a fleeting opportunity to act as a decisive national majority. The greatest risk to all their projects and plans is the very same X factor that gave them their opportunity: Donald Trump, and his famously erratic personality. What excites Trump is his approval rating, his wealth, his power. The day could come when those ends would be better served by jettisoning the institutional Republican Party in favor of an ad hoc populist coalition, joining nationalism to generous social spending—a mix that’s worked well for authoritarians in places like Poland. Who doubts Trump would do it? Not Paul Ryan. Not Mitch McConnell, the Senate majority leader. For the first time since the administration of John Tyler in the 1840s, a majority in Congress must worry about their president defecting from them rather than the other way around.