Today’s Google Doodle celebrates someone I’d never heard of, but should have: Ida Lewis (1842-1911). She tended the Lime Rock Lighthouse off Newport Rhode Island, and saved many lives, winning her the monicker of “the bravest woman in America.”

The Doodle (click on screenshot below to see it) gives ten scenes from her life, which you can see by clicking on the arrows to advance the pictures:

Here’s a bit of her biography from Wikipedia:

Ida Lewis was born in Newport, Rhode Island, the oldest of four children of Captain Hosea Lewis of the Revenue Cutter Service. Her father was transferred to the Lighthouse Service and appointed keeper of Lime Rock Light on Lime Rock in Newport in 1854, taking his family to live on the rock in 1857. When he had been at Lime Rock for less than four months, he had a stroke and became disabled. Ida expanded her domestic duties to include caring for him and a seriously ill sister and also, with her mother’s assistance, tending the light: filling the lamp with oil at sundown and again at midnight, trimming the wick, polishing carbon off the reflectors, and extinguishing the light at dawn.

Since Lime Rock was completely surrounded by water, the only way to reach the mainland was by boat. By the age of 15 Ida had become known as the best swimmer in Newport. She rowed her younger siblings to school every weekday and fetched supplies from town as they were needed. She became very skillful at handling the heavy rowboat. Responding to criticism that it was unladylike for women to row boats, Ida said that “None – but a donkey, would consider it “un-feminine”, to save lives.”

Ida and her mother tended the Lime Rock Light for her father from 1857 until 1873, when he died. Her mother was then appointed keeper, although Ida continued to do the keeper’s work. By 1877, her mother’s health was failing, leaving Ida with increased housekeeping and care-giving responsibilities. Her mother eventually died of cancer in 1878. Ida finally received the official appointment as keeper in 1879, largely through the efforts of an admirer, General Ambrose Everett Burnside, a Civil War hero who became a Rhode Island governor and United States senator. With a salary of $750 per year, Ida was for a time the highest-paid lighthouse keeper in the nation. The extra pay was given “in consideration of the remarkable services of Mrs. Wilson in the saving of lives”.

Lewis made her first rescue in 1854, coming to the assistance of four men whose boat had capsized. She was 12 years old.

Her most famous rescue occurred on March 29, 1869. Two soldiers, Sgt. James Adams and Pvt. John McLaughlin, were passing through Newport Harbor toward Fort Adams in a small boat, guided by a 14-year-old boy who claimed to know his way through the harbor. A snowstorm was churning the harbor’s waters, and the boat overturned. The two soldiers clung to it, while the boy was lost in the icy water. Ida’s mother saw the two in the water and called to Ida, who was suffering from a cold. Ida ran to her boat without taking the time to put on a coat or shoes. With the help of her younger brother, she was able to haul the two men into her boat and bring them to the lighthouse. One of them later gave a gold watch to Ida, and for her heroism she became the first woman to receive a gold Congressional medal for lifesaving. The soldiers at Fort Adams showed their appreciation by collecting $218 for her.

Because of her many rescues, Ida Lewis became the best-known lighthouse keeper of her day. During her 54 years on Lime Rock, she is credited with saving 18 lives, although unofficial reports suggest the number may have been as high as 36. She kept no records of her lifesaving exploits. Ida’s fame spread quickly after an 1869 rescue, as a reporter was sent from the New York Tribune to record her deeds. Articles also appeared in Harper’s Weekly and, Leslie’s magazine, among others. The Life Saving Benevolent Association, of New York, sent her a silver medal. A parade was held in her honor, in Newport, on Independence Day, followed by the presentation of a sleek, mahogany rowboat with red velvet cushions, gold braid around the gunwales, and gold-plated oar-locks. When she was 64, Ida became a life beneficiary of the Carnegie Hero Fund, receiving a monthly pension of $30. 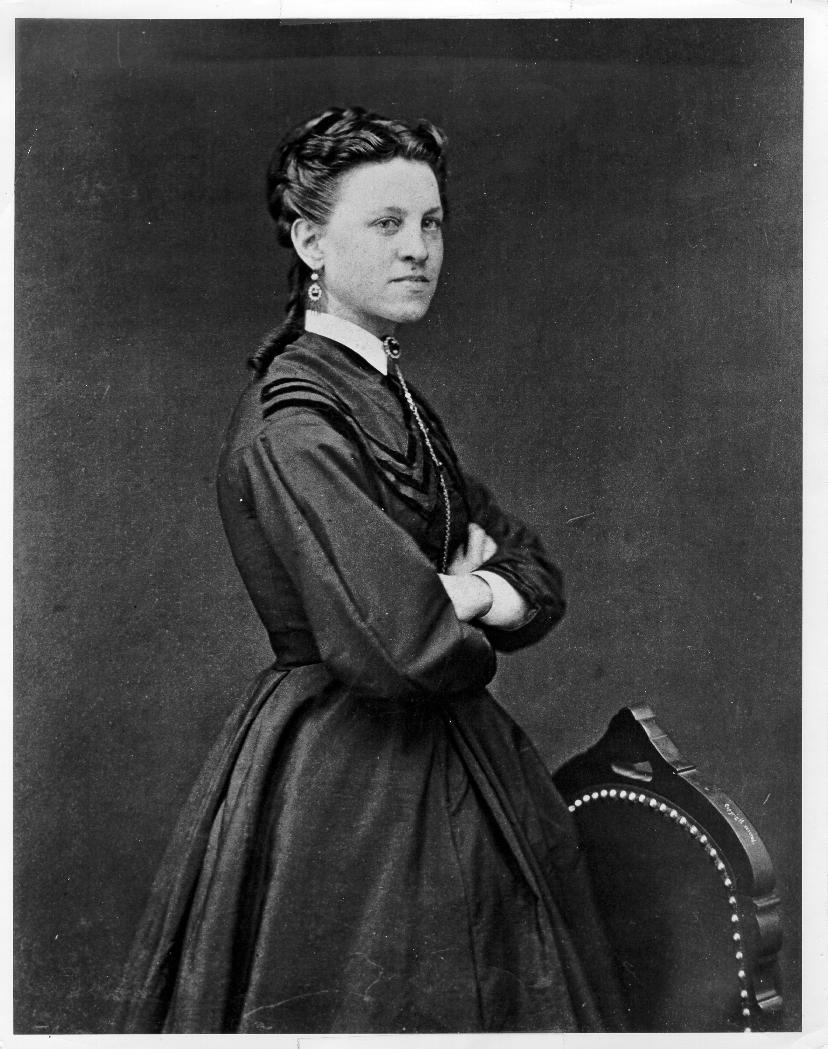 And here’s the lighthouse. The house was 13 feet tall, and the light was 40 feet above the water, but rested on a small island: 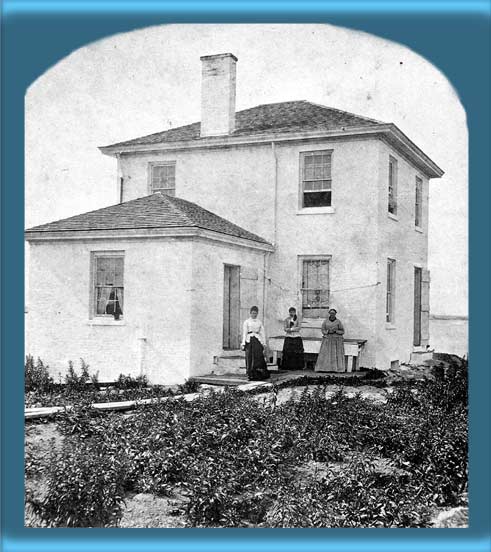 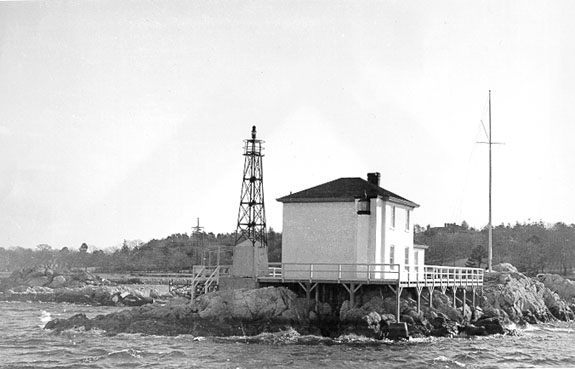 8 thoughts on “Today’s Google Doodle: The Bravest Woman in America”