Good morning on Saturday, February 25, 2017. The warm weather is over in Chicago, at least for the nonce, and temperatures will hover around the freezing point today, not rising much for most of the week. Today is an odd combination of food holidays: National Chocolate-Covered Peanuts Day and National Clam Chowder Day: a pairing guaranteed to make you ill. I’ll have the chowder, thank you, but only the New England “white” variety without tomatoes. Today is also celebrated as Meher Baba‘s birthday in honor of the amiable guru (1894-1969) who never uttered a word for the last 44 years of his life, communicating via an alphabet board or hand gestures (he didn’t write by hand, either). Nevertheless, he collected many followers, including The Who’s Pete Townshend, who dedicated the rock opera “Tommy” to Meher Baba.

Here’s the guru in a short 1932 newsreel, when he had already been silent for for 7 years. He’s shown using his alphabet board, though I must say that I don’t see how he could point fast enough to convey the translated message:

And here’s a card I still have on my office wall, given to me by my friend the biologist Russ Lande, who got it from a Baba acolyte. The guru’s smile is so infectious that simply looking at this card would cheer me up. (I wonder if his words inspired the Bobby McFerrin song.) 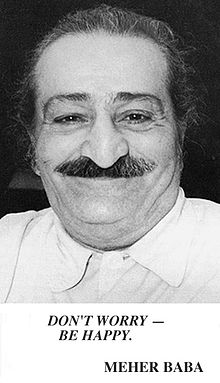 On February 25, 1870, Hiram Rhodes Revels became the first African American to ever join the United States Congress; he was a Republican from Mississippi. Here’s his photo:

And on this day in 1932, Hitler obtained German citizenship (he was born in Austria), allowing him to begin his ascent to power in Germany. On this day in 1994,  Baruch Goldstein, an Israeli-American Jewish extremist, killed 29 Palestinians and injured another 125 after firing an automatic rifle at Muslim worshipers in the city of Hebron. He was beaten to death on the spot, and it’s a sign of sickness and hatred that his grave is still worshiped by Jewish extremists.

Hili: My feline ancestors liked to sit beside kerosene lamps.
A: Probably.
Hili: Don’t argue with me. 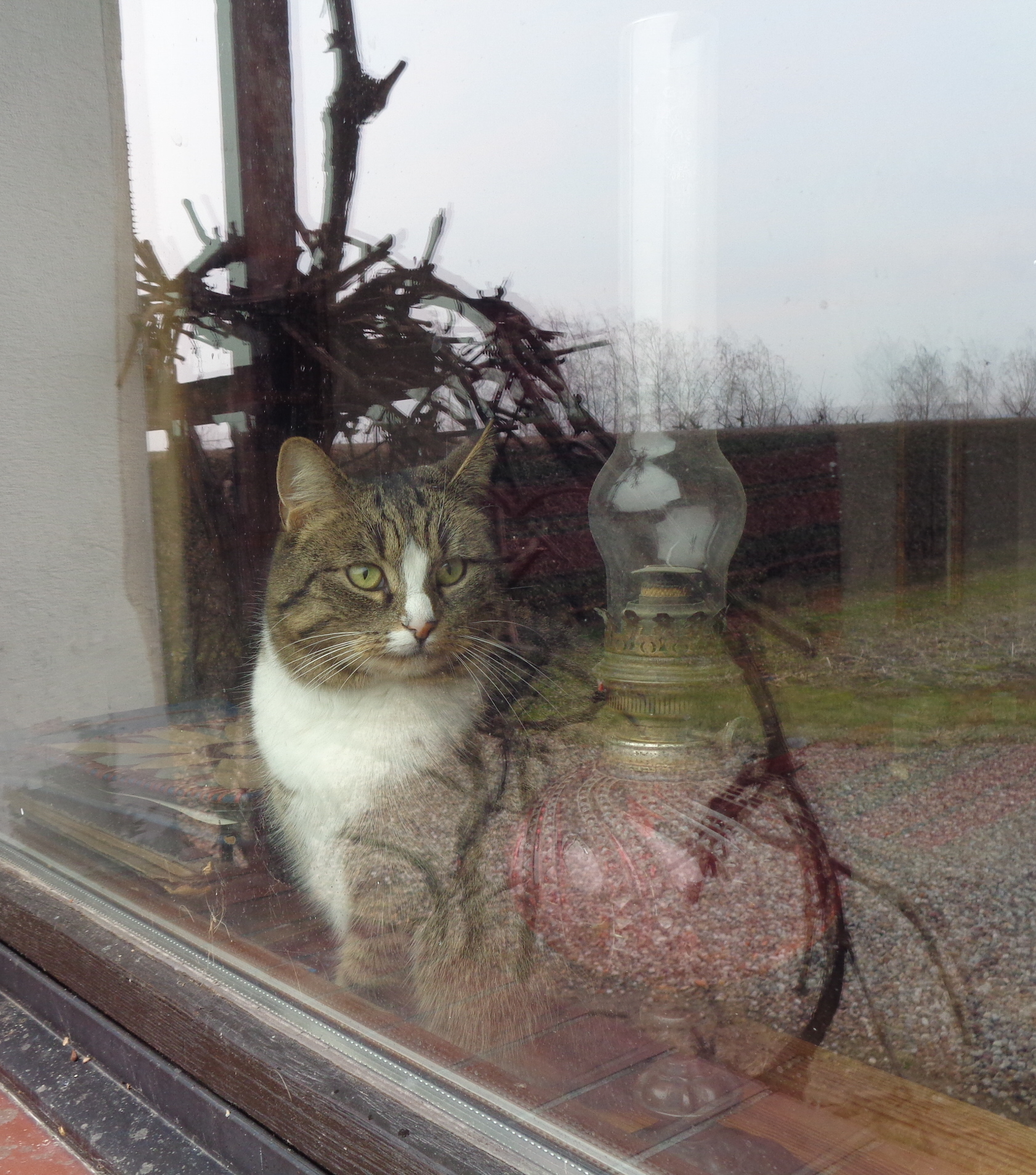 Sarah Lawson, who is visiting Andrzej and Malgorzata, is taking lots of pictures of Hili (no visitor can resist!), and here are three of her snaps:
Cyrus and Hili on the sofa (my sofa!): 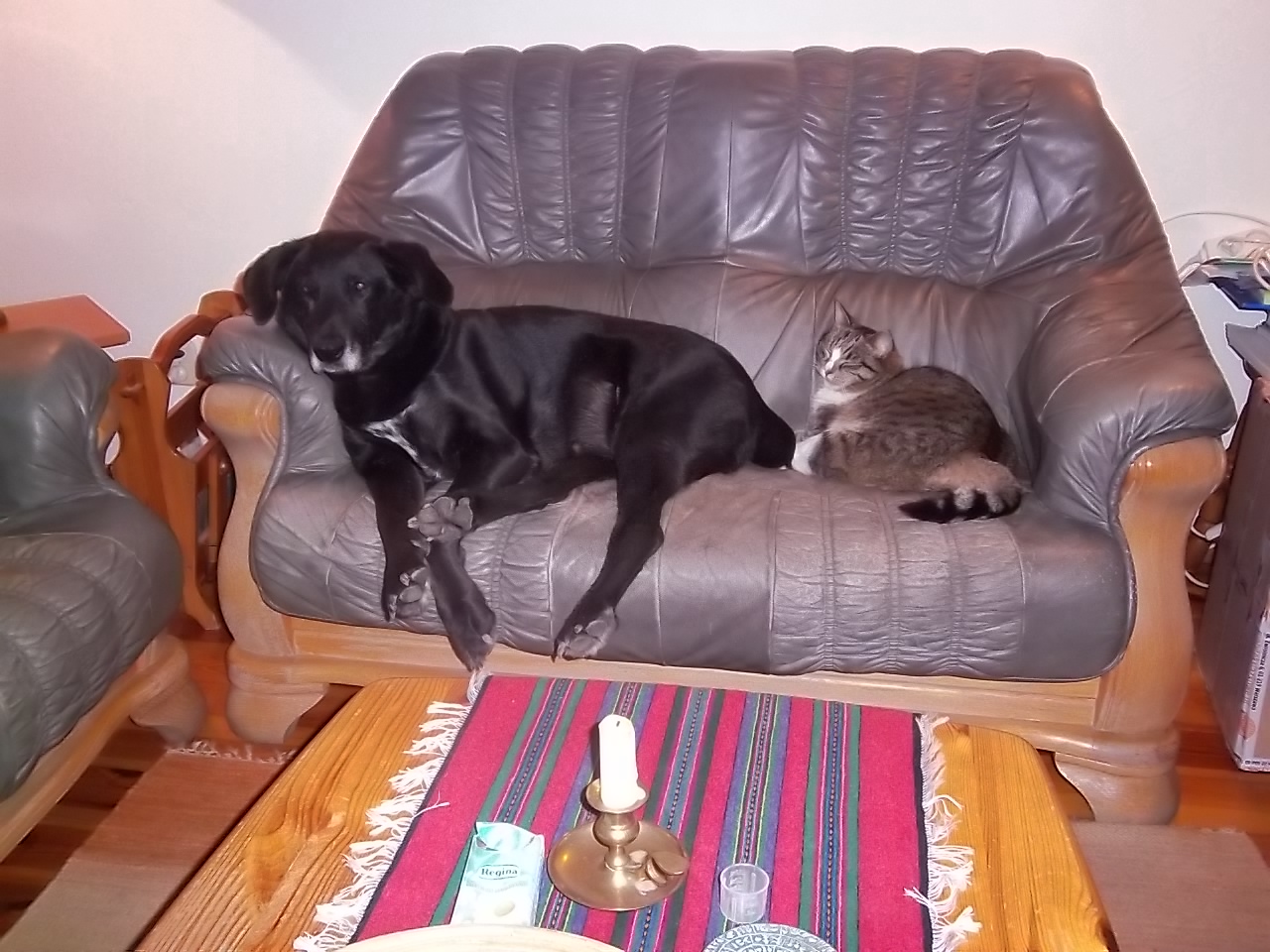 Hili on a red blanket, pleased that it complements her fur coat: 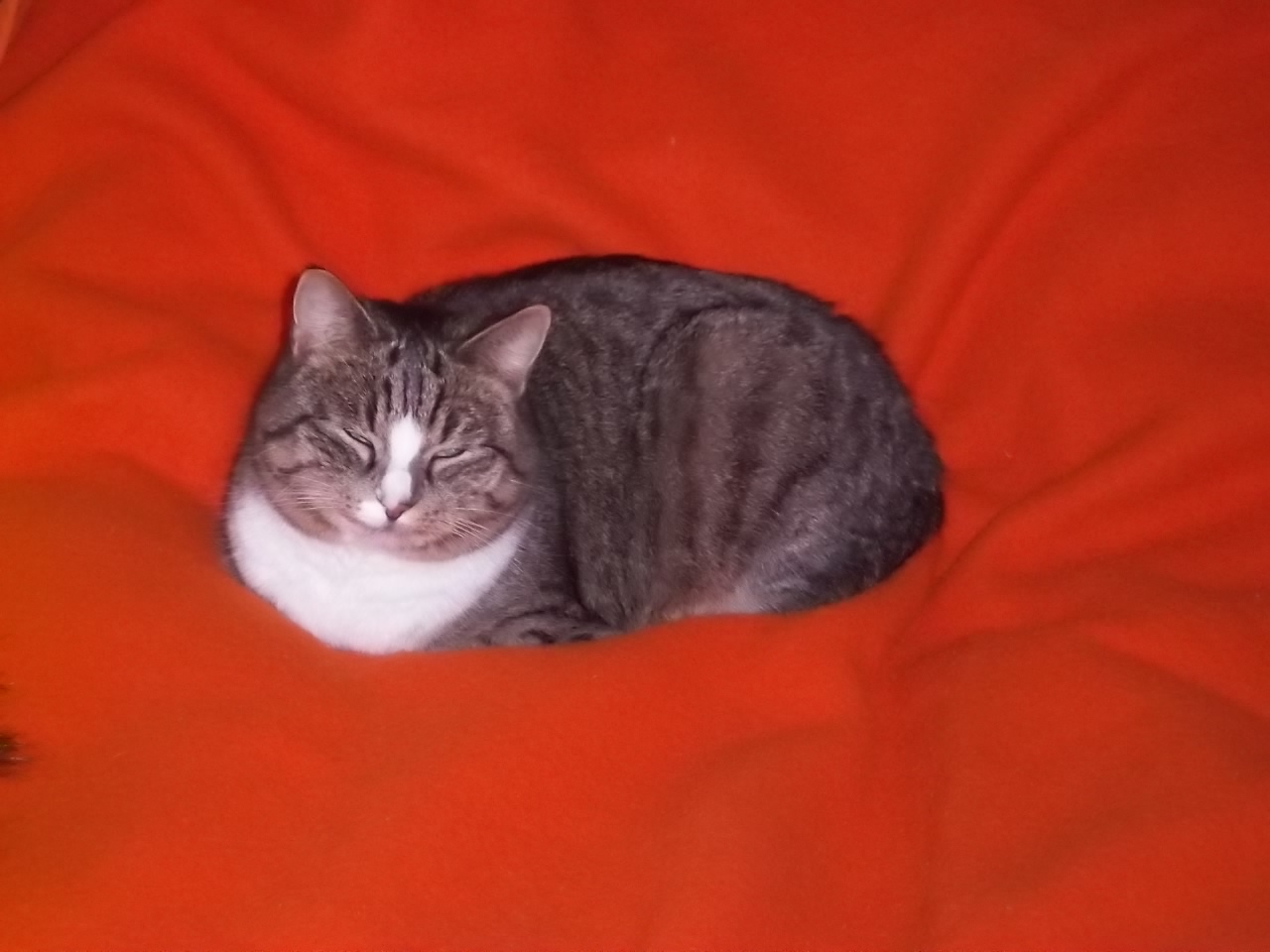 Malgorzata and Hili at the kitchen table: 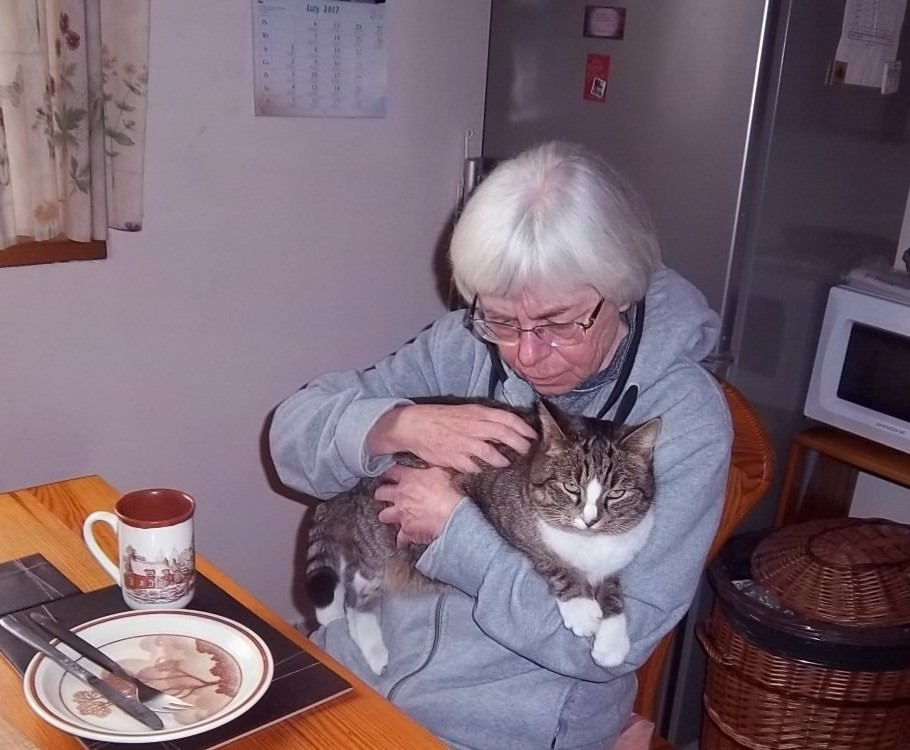