The Women’s World Chess Championship is underway in Iran, and, as I’ve mentioned repeatedly, the country (and the World Chess Federation) is requiring that all women wear hijabs. This is not only an infringement on women’s freedom (both the foreign players and the Iranians themselves), but I can imagine that playing in a hijab could be an annoyance if you’ve never worn one before.

In response to World Chess Federation’s (FIDE’s) refusal to contest the hijab requirement, several important players have pulled out of the tournament, most notably U.S. champion Nazi Paikidze-Barnes, who simply refused to wear the covering because she saw it as a symbol of women’s oppression.

Reader Will G., whose words were previously posted in a piece on the Women’s World Champion, took the time to write me an email discussing whether forcing women players to wear hijabs actually advanced the cause of Iranian women, as some people maintained. It appears that it didn’t. I am publishing his email with permission, and note that Will is himself an accomplished amateur chess enthusiast, ranking in the upper 5% of players, so he knows something about the game. And now to his email:

Yeah, so that change.org petition to FIDE about moving the Women’s championship from Tehran had the expected effect. It’s good that so many people made themselves known (17,000+ signed!), but the train went a-rolling along anyway. Right now, we’ve reached the quarterfinals in Tehran. (Just look at the pics. Is there anything more depressing outside of war zone photojournalism?)

Remember some of the arguments made for why the free women of the chess world should swallow their pride and play in Iran?:

“It’s not right to call for a boycott. These games are important for women in Iran; it’s an opportunity for us to show our strength.”

“I am firmly against the international community using the compulsory hijab as a means to put pressure and isolate Iran.”

“If Iran can host this event, it will be a big step for us; it will help our women chess players and it will boost women in other sporting fields. It will pave the way for them, too.”

“Calls for a boycott will only disappoint Iranian women and destroy their hopes.”

So, now that some of the strongest female players have shown up and shown they can fianchetto with the best of them, things are looking up for women in Iran right? At least, the ones who play chess?

The Iranian National Chess Team dismissed 18-year-old Dorsa Derakhshani for appearing at the Tradewise Gibraltar Chess Festival 2017, which ran from January 23 to February 2, without the Islamic head scarf that became compulsory in Iran after the 1979 Islamic Revolution.

Her 15-year-old brother, Borna Derakhshani, was banned for playing against an Israeli opponent at the same event. . .

“Unfortunately, what shouldn’t have happened has happened. Our national interests have priority over everything,” [Iranian Chess Federation Head Mehrdad] Pahlevanzadeh said. He added that there would be no “leniency” for those who trample on Iran’s “ideals and principles.”

“Our national interests have priority over everything. . . ” In these days when a stubby-fingered Caligula occupies the White House, I take solace in the fact that a totalitarian statement like this still has the power to shock me.

Here’s a video of the offending temptress, doing her wicked post-match interview after holding International Grandmaster Damian Lemos to a draw, in a disgraceful attempt to undermine the Islamic State of Iran’s good reputation.

And here’s the offending game her little brother played against an Israeli Grandmaster. To an onlooker, it looks like a painfully dull French defense exchange variation with a significant blunder in a probably drawn endgame (85. g3??), but apparently the real blunder was showing up like some kind of competitor and not feigning illness.

So I ask the pious folk quoted in The Guardian, and everyone who thinks they may have a point: What the hell is wrong with you? How many women’s championships will have to be held in Iran before the misogyny and antisemitism ends? When would you say we are no longer reaching out in love and understanding, but enabling intolerance and hatred?

And finally, I think that the Derakhshani siblings should be made automatic American citizens, if they so wish. 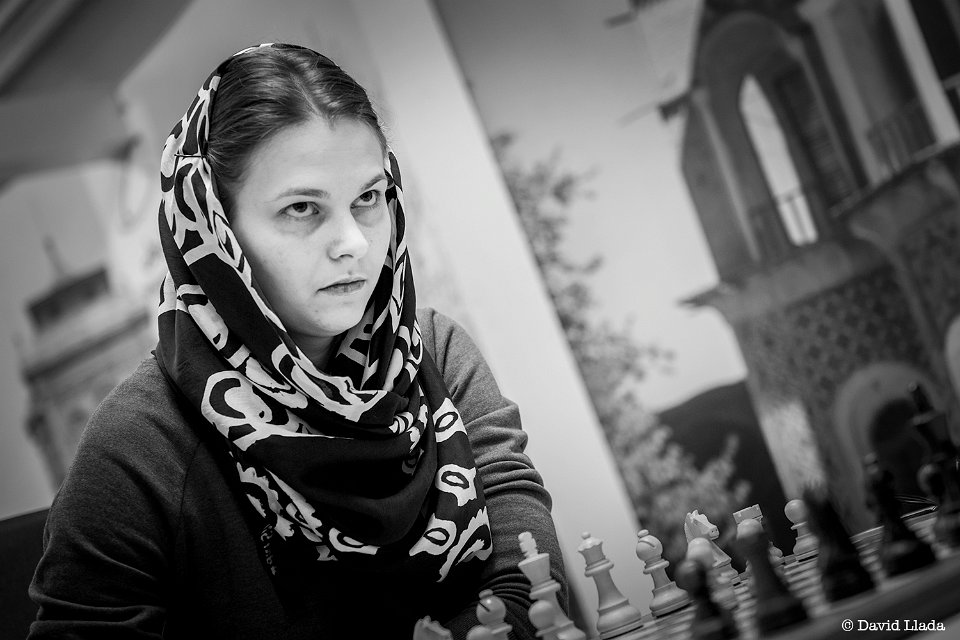 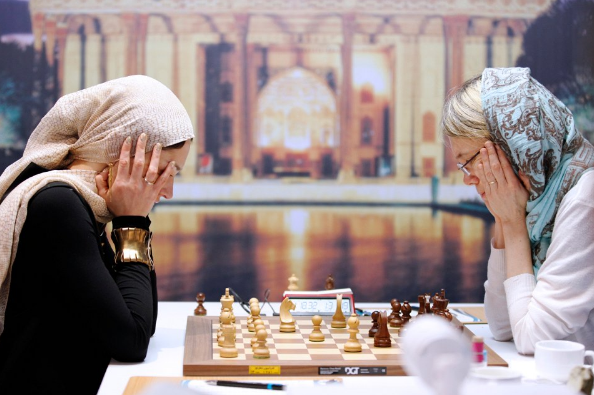 20 thoughts on “Did women chess players’ wearing of the hijab help Iranian women? A reader weighs in”