Good morning on another balmy winter day in Chicago: it’s February 20, 2017, and National Muffin Day. It’s also Presidents’ Day, formerly George Washington’s Birthday, and a federal and state holiday. Though Washington was born on February 22, 1732, the day is celebrated on the third Monday of February, i.e., today. Other Presidents can be celebrated on this day, like Jefferson or Lincoln, but those don’t include Trump. It’s also, as proclaimed by the United Nations, World Day of Social Justice, a day for bloggers to flaunt their moral purity. (Only kidding! It is a day for social justice, but one that recognizes the need to do something about it.)

On this day in 1792, George Washington signed the act establishing the U.S. Post Office. In 1816, Rossini’s opera The Barber of Seville premiered in Rome, spawning a million parodies of the Figaro song. Here’s one of them, starring Tom and Jerry:

In 1835, the Concepciòn Earthquake took place in Chile; Darwin, on his Beagle voyage, was in the area and wrote about the damage. On February 20, 1877, Tchaikovsky’s ballet Swan Lake opened at the Bolshoi Theatre in Moscow. And on this day in 1942, Edward “Butch” O’Hare shot down several Japanese bombers to become the first “ace” in World War II. He was later killed in combat, but gave his name to Chicago’s largest airport. Below is a photo of him; note in the caption that his insignia was censored out of the picture, probably so the Japanese couldn’t identify him. (The Japanese flags on the plane represent the number of enemy aircraft he shot down.)

But. . . here he is with Felix. Note that the cat is carrying a bomb with a lit fuse: 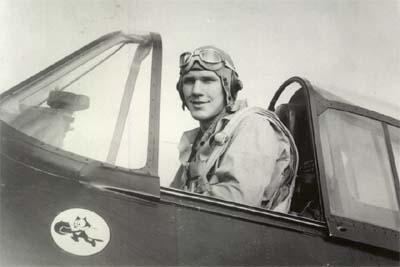 A: What are you looking at?
Hili: I’m waiting to see whether this is a stone or a mouse pretending to be a grey stone. 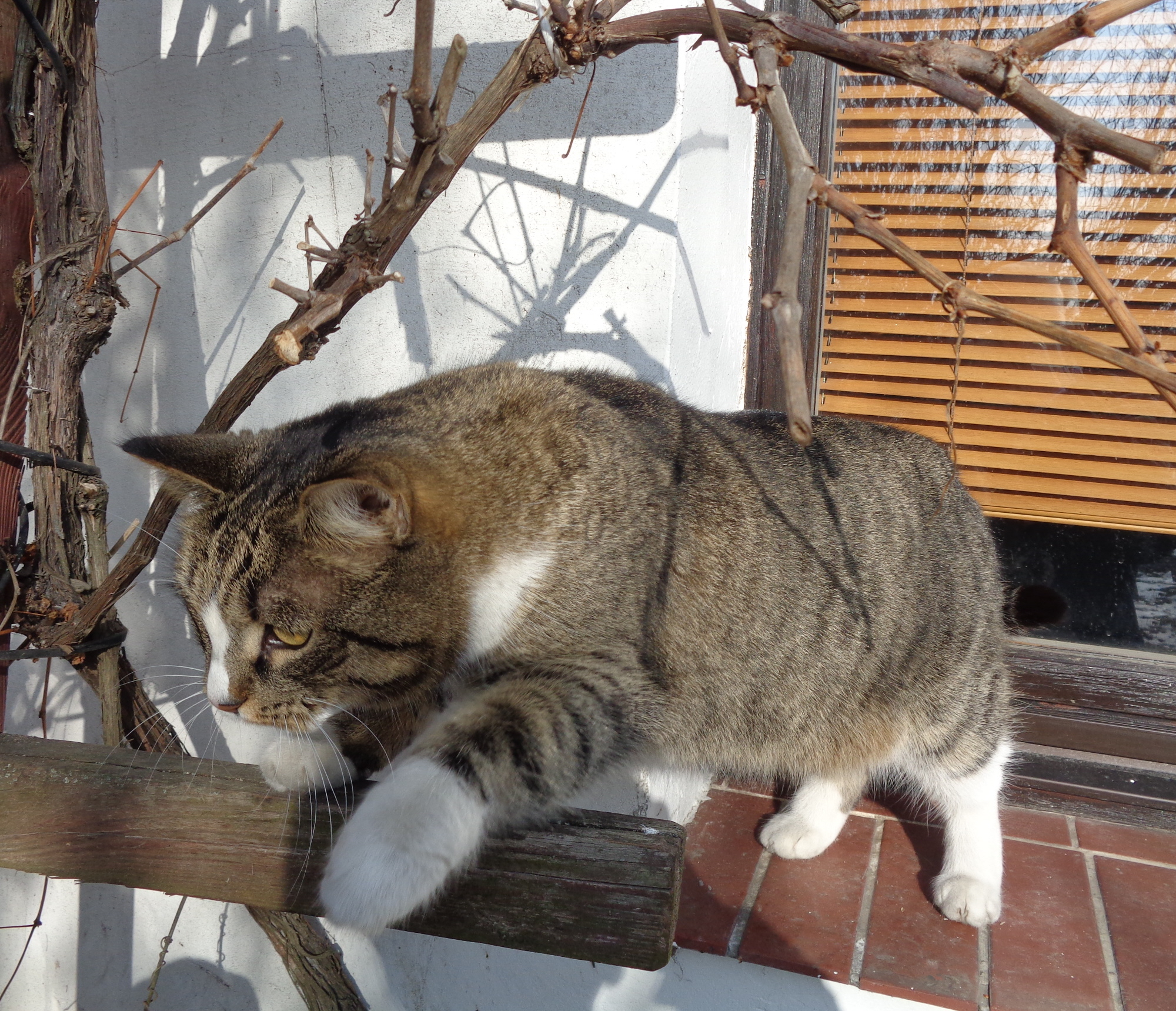 Lagniappe: A LOL submitted by reader Glenda, who says this:

The photos were taken June 2016. If you can’t use them at least you might get a chuckle.

The black carved cat is a treasured gift from a son who has since died. He loved cats too. My cats are Kofi – in honour of Kofi Annan -and Minky (aka Badass and Ditzy) . They are Devon Rex half sisters who are going on nine years old now. The scene takes place on their observation tower (the fridge) where they monitor most household activities – especially food preparation, of course. 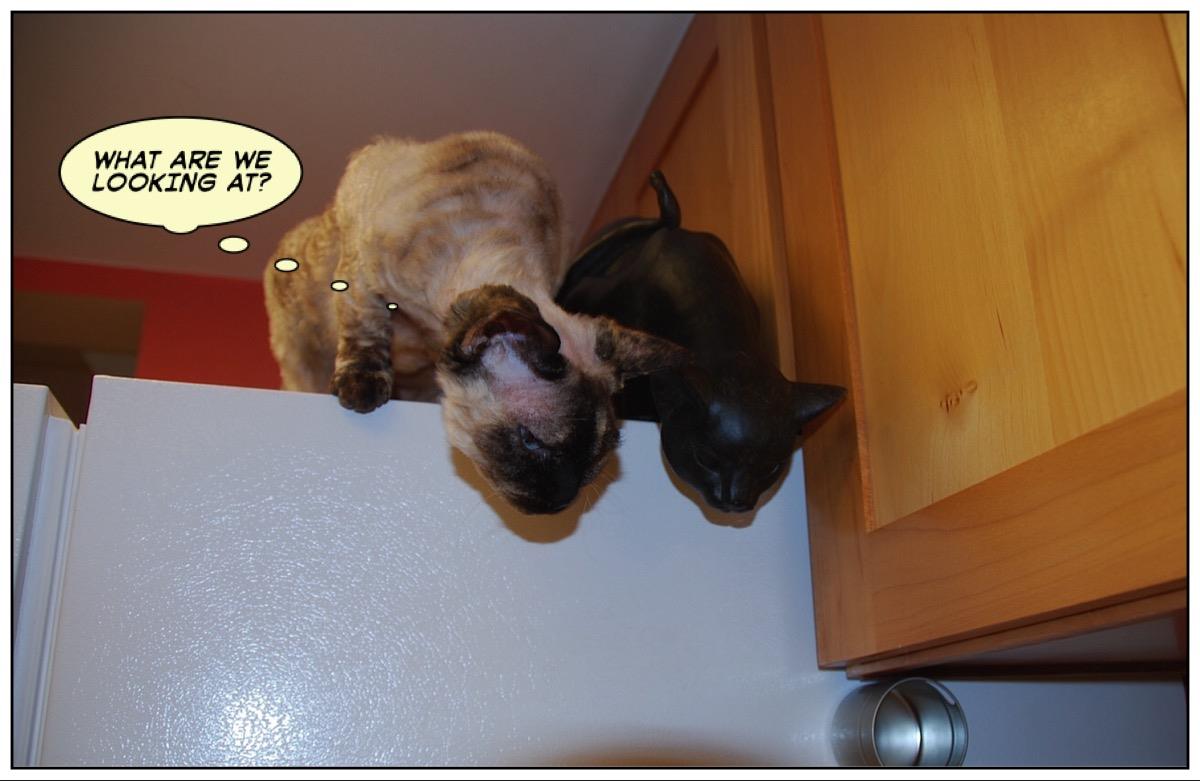 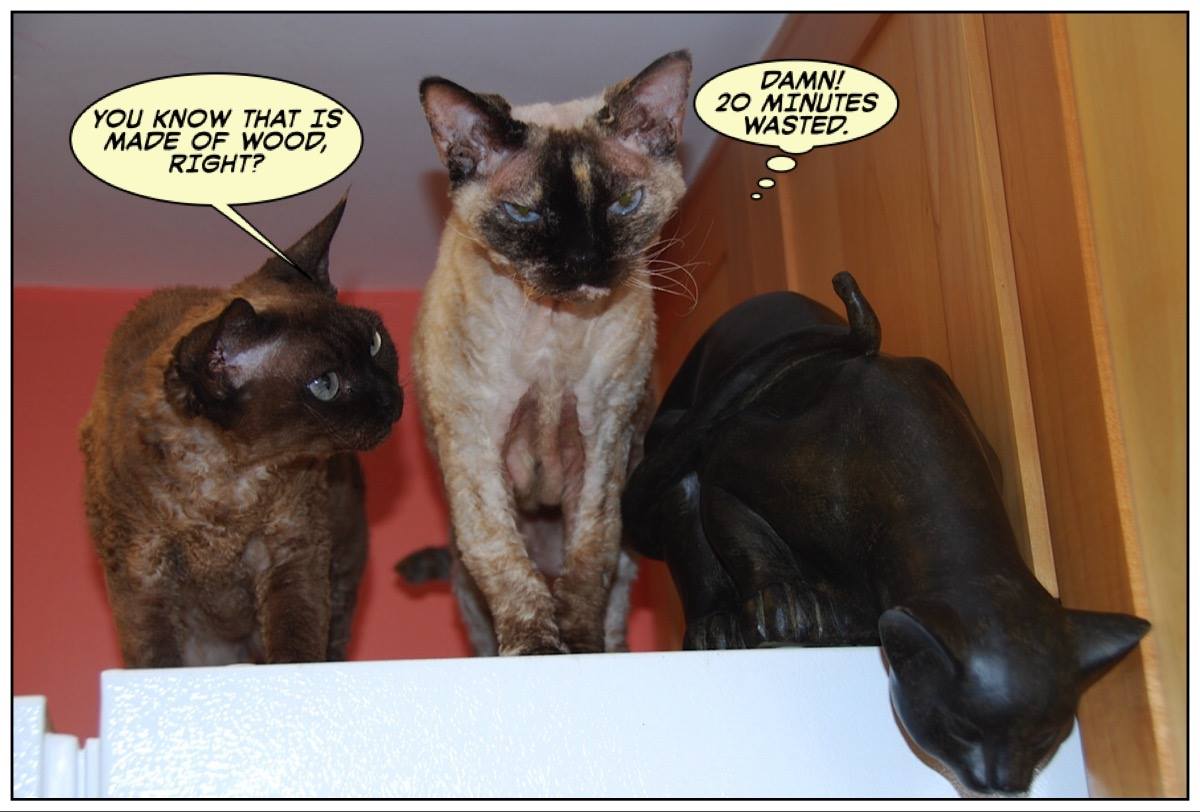