Dangerous, Milo Yiannopoulos’s new book, doesn’t come out until March 14, but it’s already #34 on Amazon, and #1 in 3 categories. On Friday, based on preorders, it had risen briefly to #1.  Milo was paid $250,000 as an advance by Simon and Schuster, and stands to earn much more than that given the sales.

What’s in the book? It’s hard to tell, for there’s precious little information on the Amazon site, and even USA Today‘s article “What we know (and don’t know) about Milo Yiannopoulos’s ‘Dangerous’ book” doesn’t tell us what it’s about. I suspect it’s a combination of his views and his experiences on his “Dangerous Faggot” tour. 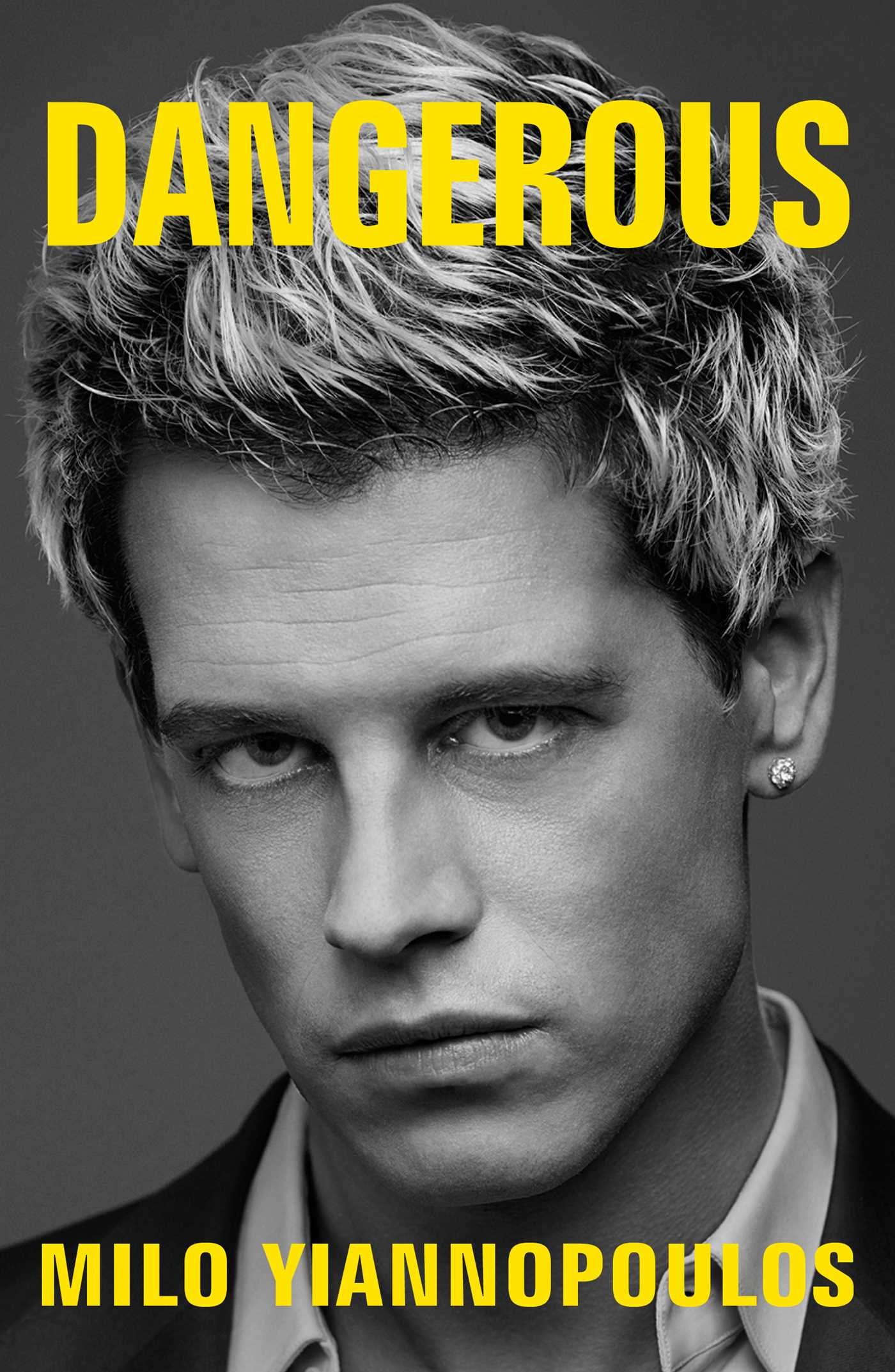 Those many people who have protested Milo’s appearances will be angered by the Dangerous‘s sales, and Sarah Silverman and Judd Apatow even called for boycotting of the book. What was clear to some of us, however, is that these kinds of protests against Milo merely call attention to him and his message, and are grossly counterproductive. It was after the boycott calls, for example, that the book went to Amazon’s #1 spot.

Those who oppose Milo vocally and publicly, and especially those who call for him to be “shut down”, or censored, are actually responsible for his success. If you want to see a good analysis of this, read Ryan Holiday‘s piece at the Observer, “I helped create the Milo trolling playbook. You should stop playing right into it.” Holiday, an author and marketer, wrote the book Trust Me, I’m Lying: Confessions of a Media Manipulator, about how to take advantage of the media’s penchant for controversy to sell products and books. (You can hear an interview with Holiday about Milo here.)  Holiday doesn’t much like Milo’s message, but he doesn’t hate the man, either, and certainly doesn’t think he should be censored. I’ll give you Holiday’s diagnosis of the books’s sudden popularity, which I agree with, and his solution to Milo’s problematic message—a solution I largely disagree with.

The diagnosis (quotes from Holiday are indented) is twofold: 1) Milo gets  publicity by being controversial and inflammatory, and that draws him new followers along with new detractors, and 2) attempts to shut him down on college campuses win him additional sympathizers by giving him the moral high ground. Emphases are as in the original piece:

Most brands and personalities try to appeal to a wide swath of the population. Niche players and polarizing personalities are only ever going to be interesting to a small subgroup. While this might seem like a disadvantage, it’s actually a huge opportunity: Because it allows them to leverage the dismissals, anger, mockery, and contempt of the population at large as proof of their credibility. Someone like Milo or Mike Cernovich doesn’t care that you hate them—they like it. It’s proof to their followers that they are doing something subversive and meaningful. It gives their followers something to talk about. It imbues the whole movement with a sense of urgency and action—it creates purpose and meaning.

You’re worried about “normalizing” their behavior when in fact, that’s the one thing they don’t want to happen. The key tactic of alternative or provocative figures is to leverage the size and platform of their “not-audience” (i.e. their haters in the mainstream) to attract attention and build an actual audience. Let’s say 9 out of 10 people who hear something Milo says will find it repulsive and juvenile. Because of that response rate, it’s going to be hard for someone like Milo to market himself through traditional channels. His potential audience is too spread out, and doesn’t have that much in common. He can’t advertise, he can’t find them one by one. It’s just not going to scale.

But let’s say he can acquire massive amounts of negative publicity by pissing off people in the media? Well now all of a sudden someone is absorbing the cost of this inefficient form of marketing for him. If a CNN story reaches 100,000 people, that’s 90,000 people all patting themselves on the back for how smart and decent they are. They’re just missing the fact that the 10,000 new people that just heard about Milo for the first time. The same goes for when you angrily share on Facebook some godawful thing one of these people has said. The vast majority of your friends rush to agree, but your younger cousin has a dark switch in his brain go on for the first time.

That’s what’s so misguided about what happened at UC Berkeley [violent protests, largely from outsiders, attempting to get the talk canceled, which were successful]. From what I understand, most of the violence was perpetrated by infiltrators who were looking to sow chaos and destruction. Yet many of the peaceful protesters and organizers have admitted that they too were attempting to shut down Milo’s talk. The last thing you ever want to do is give an opponent the moral high ground—and attempts to suppress, intimidate and revoke constitutional rights do exactly that.

There is absolutely nothing that Milo has said (and more importantly, done) that ought to revoke his First Amendment right to give a speech on a college campus. It’s profoundly hypocritical for the same activists who demanded safe spaces against microaggressions to march en masse and aggressively shut down a nerdy, gay conservative immigrant with a funny name (a minority if there ever was one) until he flees under armed guard. As much as you might dislike what he’s saying—and I personally dislike it a lot—I promise, you are not setting a good precedent by preventing him from saying it. Worse, you’re giving him more people to say it to when the ensuing media coverage explodes.

The solution: Flood his events with peaceful protestors who don’t try to get his talks canceled, and discuss the issues with Milo and his followers.

If you actually want to fight back against these trolls, here’s a strategy to consider: Organize all you want, get as many people as you can to show up at their events, but don’t try to shut them down. In fact, the only thing you should try to shut down are the instigators who try to incite violence. Regain the moral high ground by saying that you absolutely respect their right to free speech.

And then, actually listen and talk to them. To me, the most effective retorts against the alt-right were when Trevor Noah had Tomi Lahren on his show and when Elle Reeve profiled Richard Spencer for Vice. Both came off looking mostly like jokes. Tomi Lahren showed her age. Richard Spencer revealed his movement to be mostly a collection of a few thousand sad dorks. Wale’s Twitter exchange with Tomi was effective too—there was no outrage, no opposition, just teasing.

They say sunlight is the best disinfectant. But it is also what allows you to see whether the emperor has any clothes. And it’s this sad, and often pathetic reality, that the collective hysteria has beneficently covered up in those it’s trying to fight. What should be seen as farce somehow looks like real fascism.

I agree with this only in part. While I think that odious speech should be checked by counter-speech, I’m starting to think that simply ignoring Milo would be more effective than protesting him. Further, I don’t think talking to people like Milo or Spencer or their followers in private conversation will change their minds: after all, their profession is being provocative. Further, putting them on television is only partly effective. Richard Spencer may come off poorly in that medium, or in a profile (I didn’t hear that one, nor Trevor Noah’s interview with Tomi Lahren), but Milo is eloquent and charming, and I haven’t seen him bested in television interviews and debates. Perhaps the best way to deal with people like Milo and Spencer, given that you oppose their message, is just to ignore them completely.