JAC: This is from Grania, and will remain so as I’m going into China tomorrow for two days. Then I’ll be back in Hong Kong until the 16th, but busy, so Grania is handling Hili.

Today is Guy Fawkes day in the UK, the anniversary of the Gunpowder Plot in 1605 which essentially aimed to install a Catholic on the British throne. It always makes me cringe slightly when I see one of those “V for Vendetta” masks that are so popular with certain types of activists, for those people almost certainly know nothing about the politics or religious zealotry of the man whose face they wear.

On this day in 1872 in the U.S.,  Susan B. Anthony became the first woman to cast a vote, illegally of course. She was fined $100. How this fierce activist’s name became linked with an opportunistic “pro-life” lobby in recent years is obscene.

Finally, it is Art Garfunkel’s 75th birthday today (hard to believe the cherubic lad is that old!). Here he is singing Paul Simon’s For Emily, Whenever I May Find Her. [JAC: One of my friends in New York, who dated Simon for a while, says that this song was written about her.]

This is the cutest thing on the internet today:

Three-Banded Armadillo Rolls Around on the Floor with His Favorite Pink Toy https://t.co/loKkMKNWoT pic.twitter.com/PIX1wWjKIj

And possibly the coolest photograph on the internet today:

Photo of the Day: Sea Things in a New Lighthttps://t.co/Xq5EeBndcN #photography #pod

Meanwhile in Dobrzyn, Hili once again encountered her nemesis, who shows up but rarely:

Hili: In principle a progressive cat shouldn’t have any prejudices.
A: I can hear a “but”…
Hili: I don’t like this black cat. 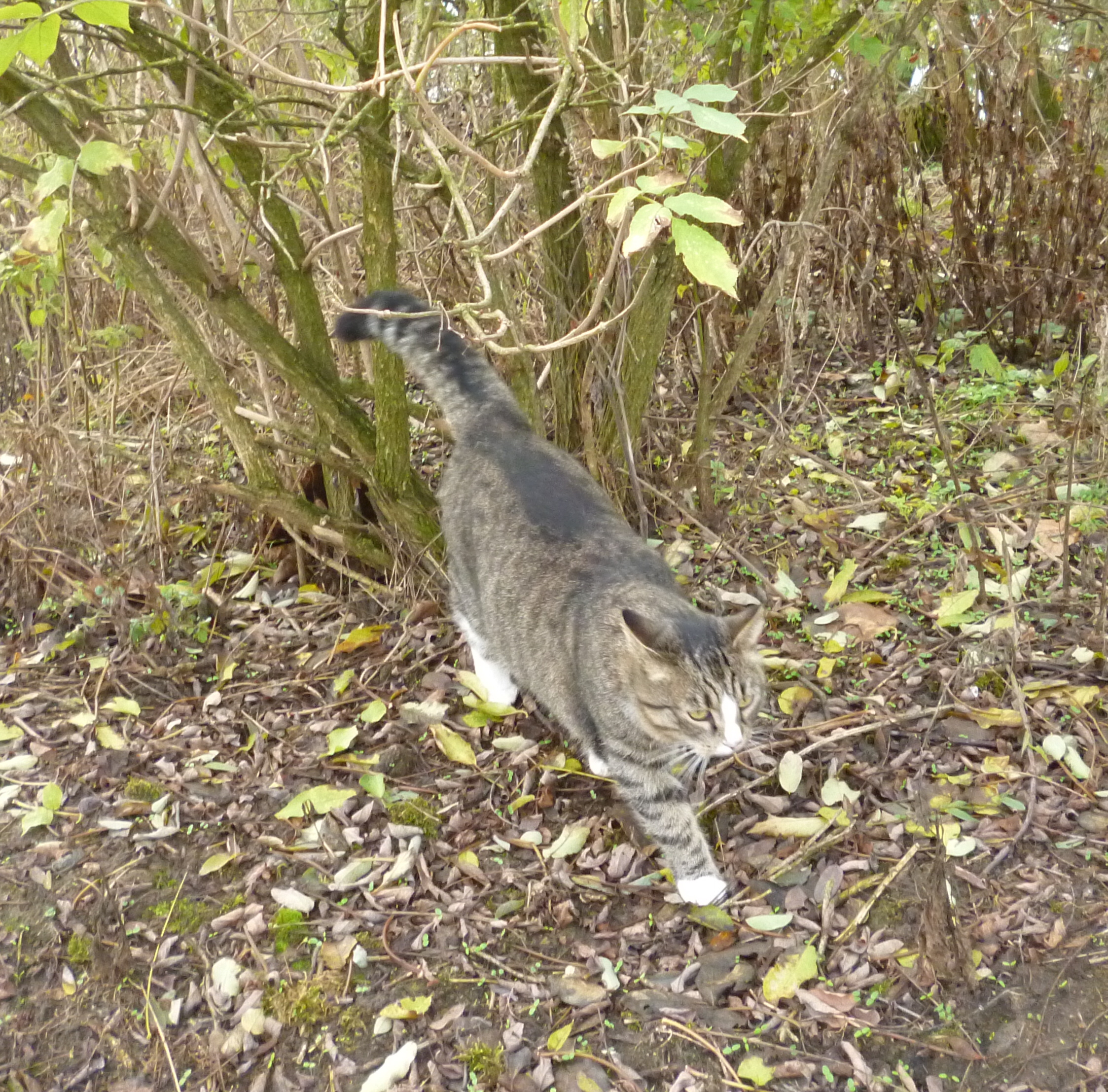 And a lagniappe from Carol, who sent us a video of Gus with some notes:

We’ve been having unseasonably warm weather and Gus and I went in the front yard to do some tidying up. Occasionally, a rabbit hangs out under the front steps although I have not seen one for some time. Gus knows very well about rabbits and he often looks under the steps but this is the first time he decided to go right in and see if anyone was there.