I know I’ve concentrated on the food and sights in Singapore rather than my academic duties, but there’s not much to say about those. On Monday I gave a talk at the National University of Singapore (NUS)—co-sponsored by the Humanist Society of Singapore (HSS)—on the evidence for evolution and why it’s not accepted in America (religion!).

Several biology professors who teach evolution at NUS told me that they estimate 30-50% of their students to be young-earth creationists. That’s far more than I thought, but evangelical Christianity is making big inroads in Singapore and of course many Muslims are creationists. Still, there’s never been a national survey in Singapore of how widely evolution is accepted. And I doubt the government would want that to happen, especially if the outcome shows a lot of creationists.

That talk had a good turnout–between 400 and 600 people, with many students (WEIT is required for some of the biology courses at NUS). You can see 21 photos of that event at this flickr site. The post-talk photo below is my favorite, for I was inundated with curious students (and more than one creationist) after the talk, many of whom wanted their copy of WEIT signed as well as a photo. They were a great bunch! 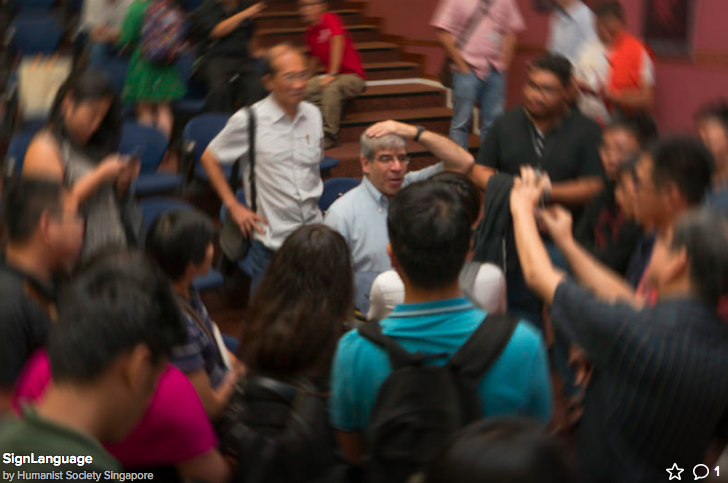 After that talk, the Humanists to me to a local hawker center, and we had a huge feast of traditional Singaporean food (pictures coming soon).

The next night I was back at NUS, but this time at Yale/NUS College, a separate four-year college that’s a collaboration between Yale University and NUS. It was quite fancy, and this time I had a discussion about Faith Versus Fact with Philip Johns, a professor at the school who was also a Ph.D. student at Chicago about 20 years ago. He was, in fact, in my speciation class then. After our talk, during which Philip asked some good questions, I answered audience questions for about a half an hour.

The flickr photos of that second event are here. The first shows the discussion with Philip (note the luxurious auditorium), the second shows the post-talk Chinese buffet in which I appear to be ignoring the conversation and eating dessert, and the last shows Melissa, me, and John van Wyhe in conversation. 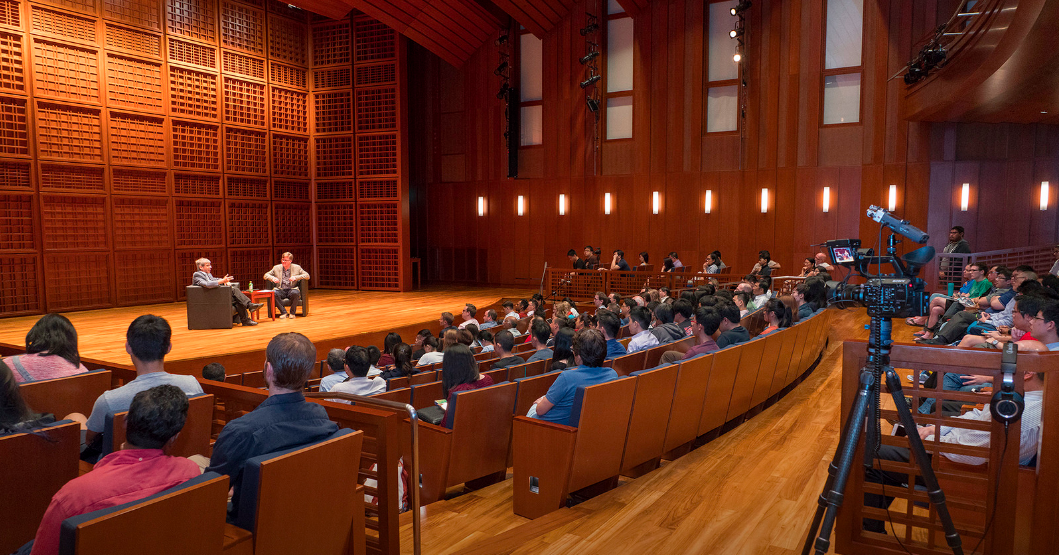 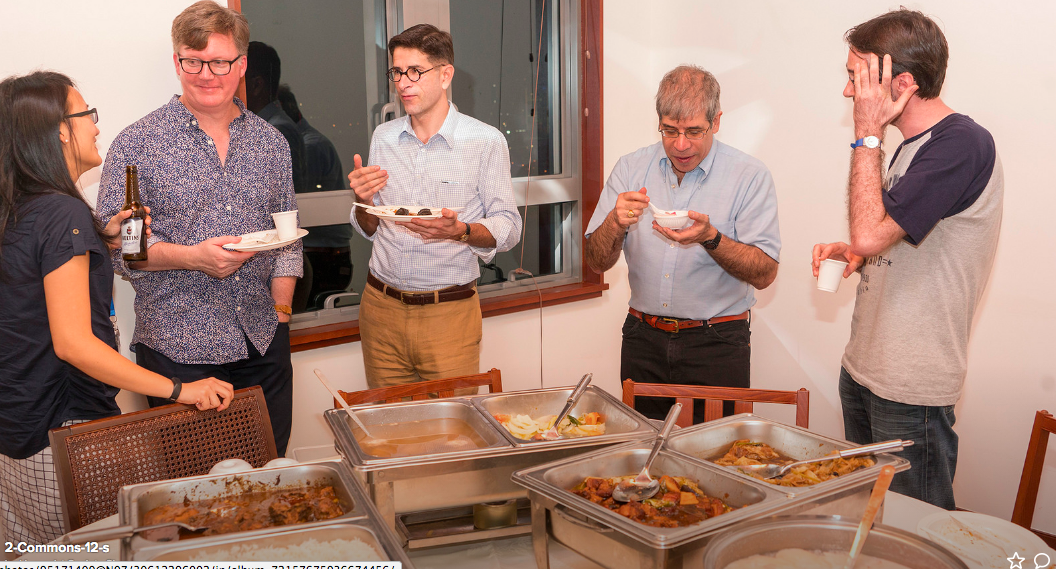 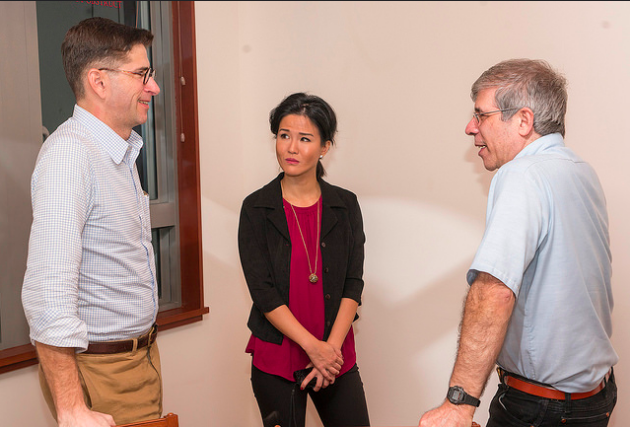 h/t: Tatt Si, head of the HSS, for providing the photos and link, and the indefatigable Melissa Chen for helping arrange all this. I would be remiss to not mention her parents, Michael and Annie Chin, who put me up in their home for a week, proffered lavish hospitality, and introduced me to many of the sights and culinary delights of their country.

12 thoughts on “My talks in Singapore”