This is the kind of post I originally intended to go on this site. When I started this website, I thought that every few weeks I’d publish a bit of new (or old) evidence for evolution, supporting Why Evolution Is True, which was a new book in 2009. Well, as you see, things kind of got out of hand. . .

But here is some information and links imparted by reader Charleen about the famous Texas blind salamander, Eurycea rathbuni. As you might suspect from its name, it lives in dark underground abysses, caves, and artisian wells, and has retained into adulthood its juvenile gills. It’s also lost pigmentation, as is the case for many cave-dwellers. Finally, it’s endangered, its distribution limited to the Balcones Escarpment near San Marcos, Hays County, Texas You can find this animal only in the green area below; it’s been listed as endangered since 1967. As the U.S. Fish and Wildlife Service (USFWS) notes:

The Texas blind salamander has been listed as endangered since 1967. It remains vulnerable, says San Marcos ARC director, Dr. Ken Ostrand. “They are impossible for scientists to sample underground, so we collect them in nets when they pop out in wells and springs, young ones, too small to fight currents,” said Ostrand. The young go into captivity at San Marcos ARC where they are held in refugia as a guard against potential harm that could come in the wild. Ostrand says their habitats, which he describes as a ‘limestone honey-combed sponge,’ are quick to recharge with surface precipitation, which could be accidentally laden with unwanted chemicals or spills. Preserving Texas blind salamanders in captivity is a security measure. 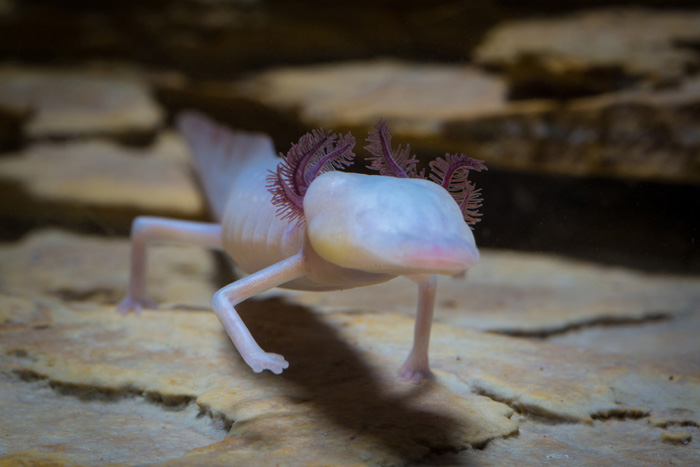 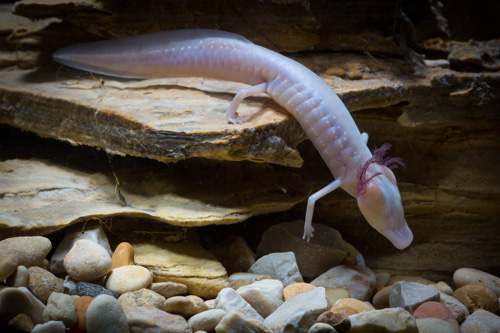 Behold it in its habitat; the first salamander shows up at 3:44. What weird creatures they are!

The USFWS has just put out an information sheet about the species, first discovered in the 1890s, giving notes about its morphology, behavior, and adding that 135 of these beasts are being kept at the San Marcos Aquatic Resources Center.

What’s relevant for our purposes is the salamander’s vestigial eyes, which appear to be small black dots of pigment below the skin, accompanied by a vestigial optic nerve that doesn’t appear to carry any impulses to the brain. As the USFWS notes:

Recent research on the salamander has yielded other useful information. San Marcos ARC scientists collaborated with Texas State University faculty on a study of eye development in the Texas blind salamander and two other salamander species that live in the Guadalupe watershed: the San Marcos salamander and Barton Springs salamander, both of which are sighted animals that live near sunlight.  Both are held in refugium at the ARC as well.

The research revealed that the blind salamanders retained a vestigial optic nerve with no eyes while the other species had well-developed eyes with structures for focus and variable light adaptation. The findings will be published in a peer-reviewed scientific journal, and have already yielded a master’s thesis.

It’s hard to imagine anything but evolution that would explain the presence of these vestigial eyes and nerves. Here are three photos I found of the pigment-spot “eyes,” which, like many vestigial traits, vary in their degree of development (e.g., human wisdom teeth and ear muscles). 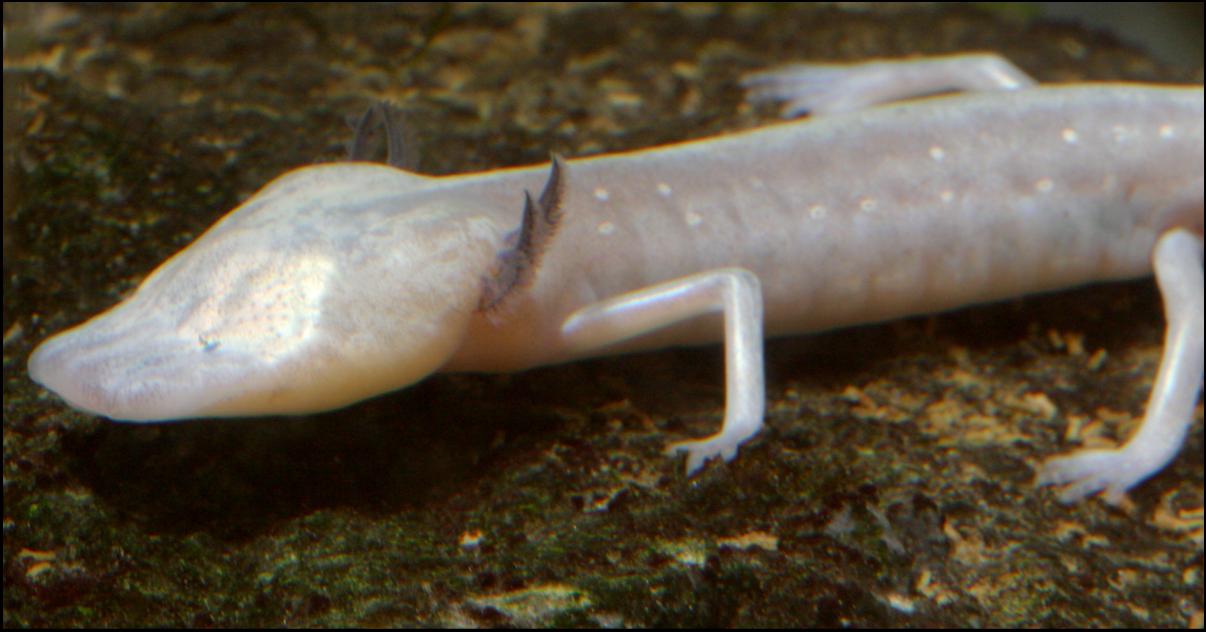 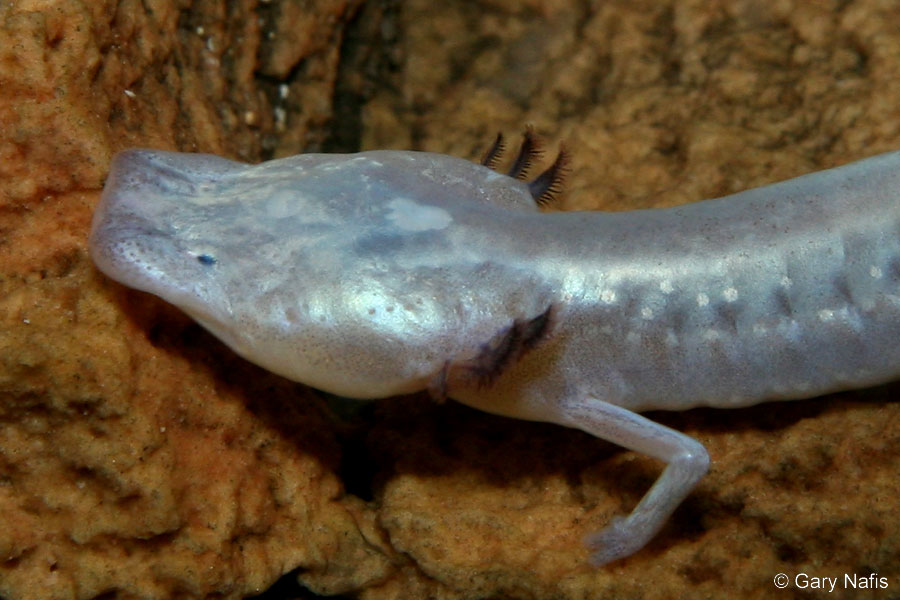 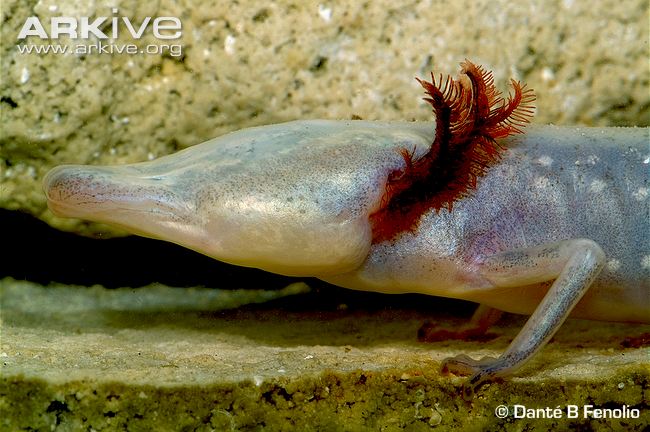 The last one has no visible eyespots at all.  Now I could write some more about eye loss and how it gives evidence for evolution, but I’ll ask you, the readers, to answer two questions:

Put your answers below; there is no prize save the joy of thinking.