Today’s Jesus and Mo strip is a good one, particularly timely, and speaks directly to the notion of the degree to which Muslim women “choose” to be covered. When a Western Muslimah (not one in Iran or Saudi) declares that she wears the hijab “by choice,” I never accept that claim at face value. Was she brought up wearing one? Did she go to school where other girls wore them? Are her friends mostly hijabis? This whole notion of “choice” in Islamic dress needs to be examined, yet I haven’t seen a single article on it. It’s the rhino in the room.

But I digress (well, not really, since this strip makes the same point): 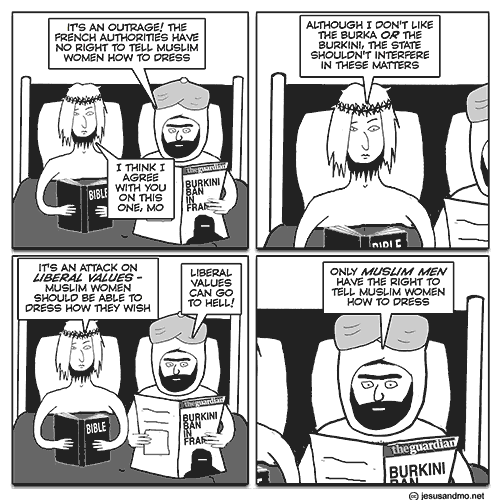