It’s Thursday, June 30, the 181st day of the year (another two days until we’re halfway through), and it’s Asteroid Day, in honor of the Tunguska Event (a small asteroid strike in Siberia), which occurred on this day in 1908. On this day in 1860, the Oxford Evolution Debate took place, during which Huxley supposedly pwned Bishop Wilberforce, and, in 1997, Britain transferred control of Hong Kong (where I’ll visit in November) to China.

Notables born on this day include Susan Coyne (my sister—happy birthday Sis!), born in 1952, exactly 2.5 years after me. Those who died on this day include Lillian Hellman (1984), Chet Atkins (2001) and Buddy Hackett (2003). Meanwhile in Dobrzyn, Hili poses sweetly while ponder whether Mice are Truth, and Truth Mice—all ye know on Earth, and all ye need to know: 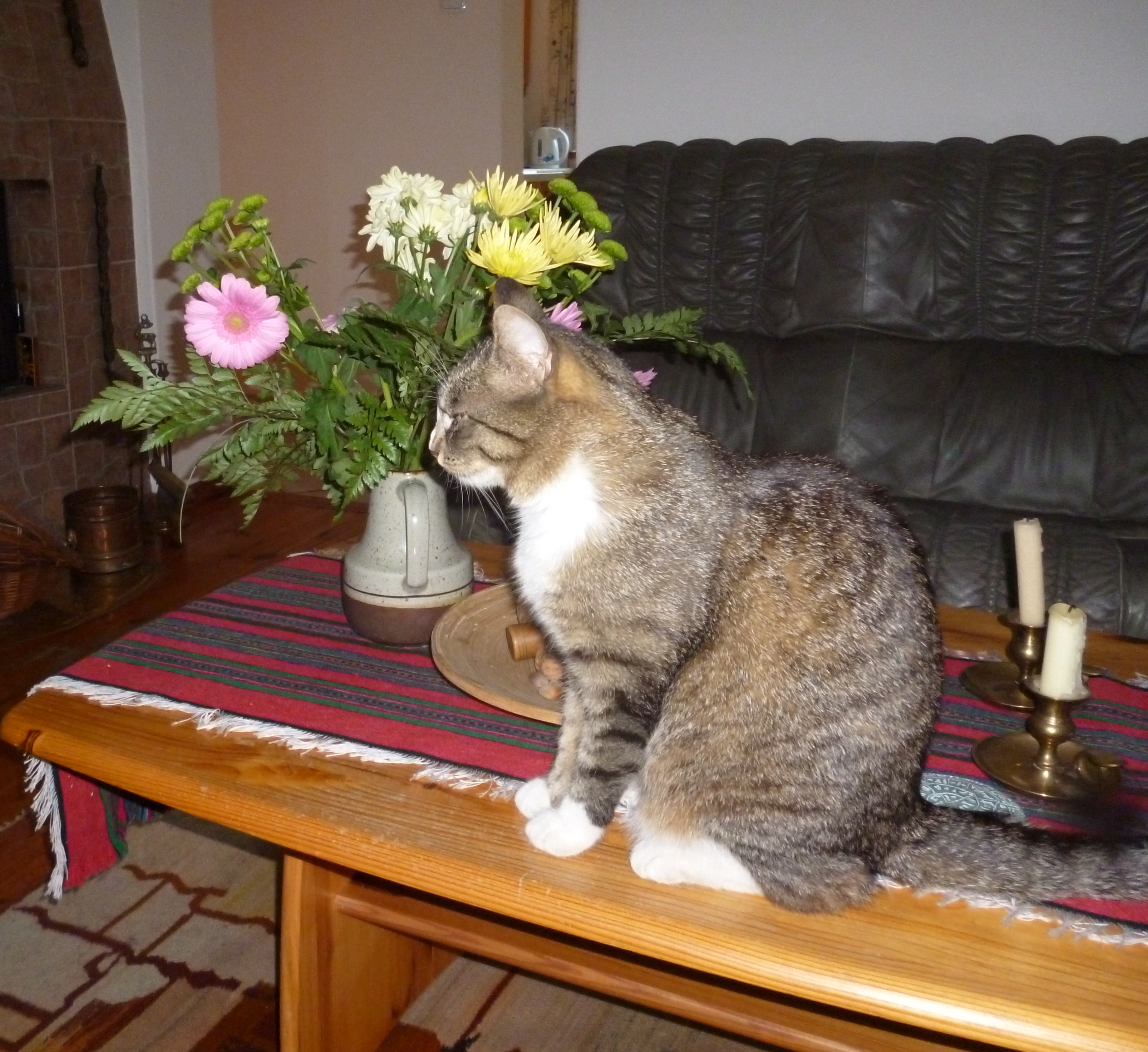 In other news, there is now a new cat named after me, making a total of five (Jerry cats live in New Zealand, London, Colorado Springs, Bangalore, and now Chicago). My friend Melissa, who lives in town, adopted two cats: a ginger tom named Jerry and a calico (obviously female) named Lilith. Here they are:

Finally, over at Ten Cats, Reuben, the new d*g bellhop at Cats’ Inn, is not doing a good job: