It’s Monday already, and the hot weather is continuing: today’s high in Chicago is predicted to be 92º F (33º C), making it hard to exercise outdoors. I feel fat.  It is June 27, Helen Keller Day in the U.S. and Mixed Race Day in Brazil. On this day in 1844, Joseph Smith, the founder or Mormonism, was killed by a mob in Carthage, Illinois and, in 2007, Tony Blair resigned as PM after ten years of holding the position.

Hili: What do you see out there?
Cyrus: Nothing special but it’s interesting anyhow. 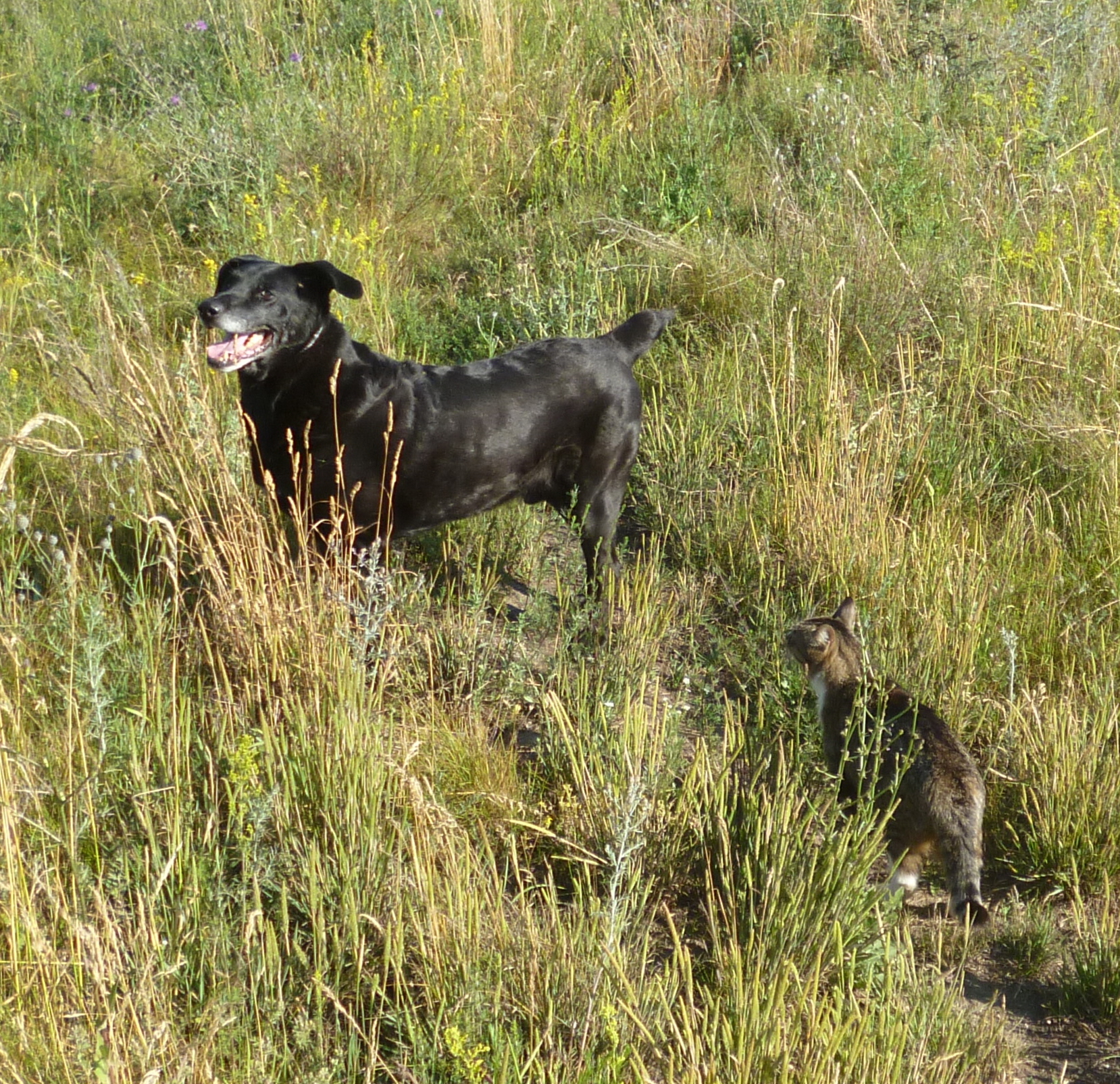 Out in Winnipeg, Gus was filmed yesterday getting his breakfast. He meows twice, a rarity in Gus videos (it’s funny, but because he’s earless—but can hear fine—I somehow assume he’s mute). He also likes to crunch.