Reader Gayle Ferguson, you may recall, is a biologist at Massey University in Aukland, New Zealand (she once worked with Matthew in Manchester), and rescues batch after batch of orphaned kittens, for which she gets the title of Official Website Kitten Rescuer™. (One of the kittens she saved is Jerry Coyne the Cat.) She also does scuba diving, and took this photo of a camouflaged baby scorpionfish.

Gayle’s notes say “Photo taken on a scuba dive at the Poor Knights Islands off Tutukaka on the East Coast near Whangarei.”

Can you see it? It’s not terribly hard, but does show some nice camouflage: 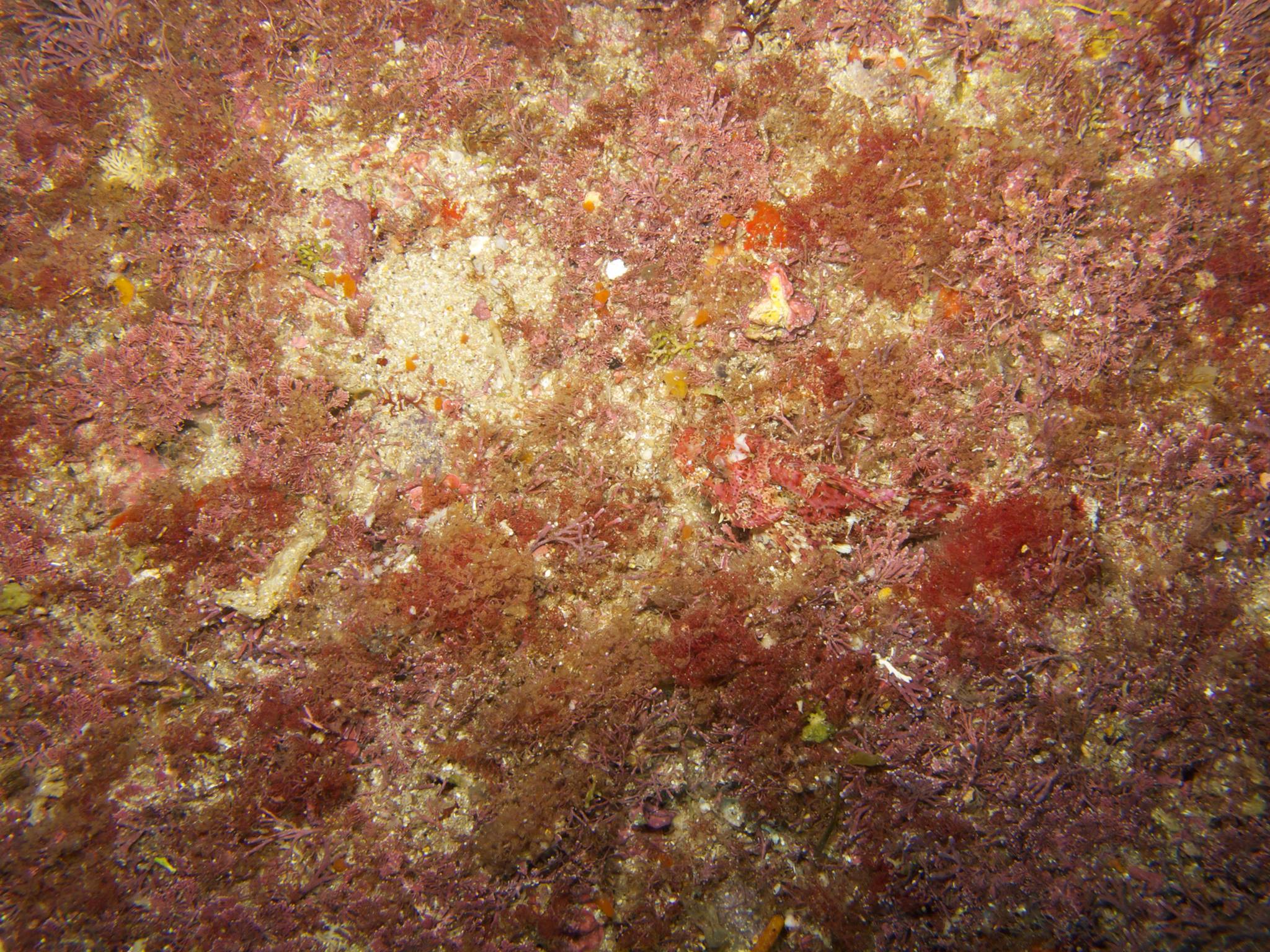 10 thoughts on “Spot the scorpionfish”