It’s March 8: International Women’s Day (see next post), so women should be demanding cakes and goodies and stuff along with their rights. On this day in history, Johannes Kepler discovered his third law of planetary motion: “The square of the orbital period of a planet is proportional to the cube of thes emi-major axis of its orbit.” In 1910, French flyer Raymonde de Laroche became the first woman to receive a pilot’s license. In 1971, this was the day of the famous Joe Frazier/Muhammad Ali fight, won after 15 rounds by Frazier. In 1974, the execrable Charles de Gaulle airport opened outside Paris, and, five years later, the first CD was publicly demonstrated. Two years ago on this day (was it that long?), Malaysia Flight 370 from Kuala Lumpur to Beijing disappeared, presumably crashing into the Indian Ocean, where debris has since been found. Births on this day include Oliver Wendell Holmes, Jr. (1841), Otto Hahn (1879), John McPhee (1931), Lynn Redgrave (1943), Carole Bayer Sager (1947), and Rabbi Sacks, Templeton Prize Winner and gay marriage opponent (1948). Those who died on this day include William Howard Taft (1930), Billy Eckstine (1993), and Joe DiMaggio (1999).

Meanwhile in Dobrzyn, Hili has read the translation on Listy from Faith Versus Fact about whether the evolution of humans was inevitable:

Hili: Did humans had to appear in the process of evolution?
A: Probably not.
Hili: See? And cats had to.
(Photo: Sarah Lawson) 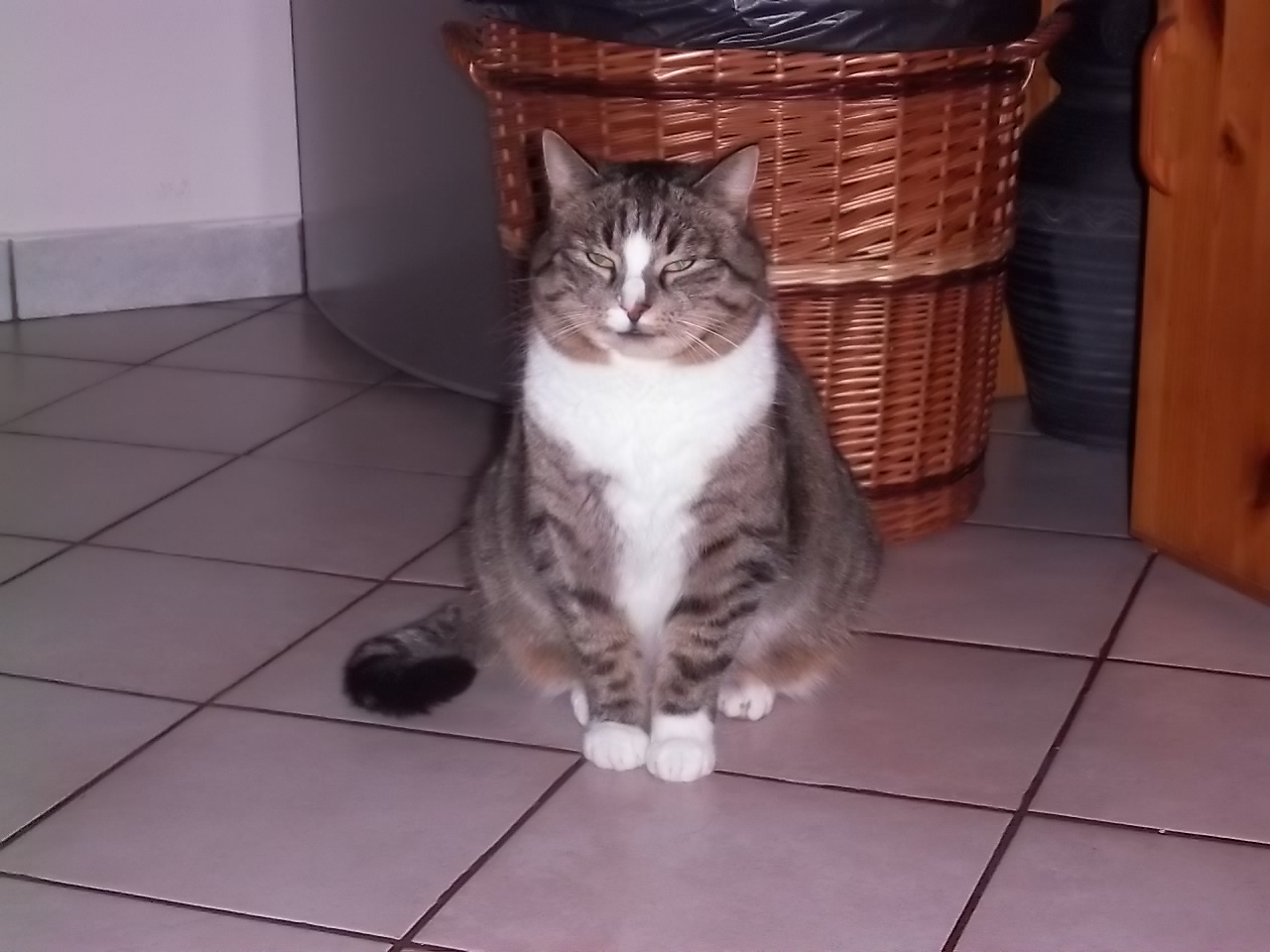 A wild otter mom, seeking shelter from stormy seas, gave birth to her pup in our Great Tide Pool with guests and staff looking on. It was an amazing moment. Not that long ago, southern sea otters were hunted to near extinction but now, thanks to legislative protection and a change of heart toward these furriest of sea creatures, the otter population in Monterey Bay has rebounded.

Our sea otter researchers have been watching wild otters for years and have never seen a birth close up like this. We’re amazed and awed to have had a chance to witness this Monterey Bay conservation success story first hand in our own backyard. Welcome to the world, little otter!