Talk about bimodality of opinion! I thought I had it for Faith versus Fact, but if you go over to Amazon and look at the reviews for the Book of Mormon edition published in 1981, you see this: 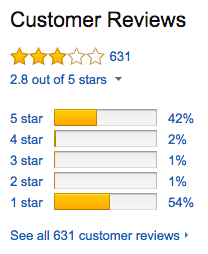 That’s right: 631 reviews, with 96% being either five-star or 1-star—the lowest possible ranking. Clearly something strange is going on here. An article in Thursday’s Guardian explains it, pointing out that more than 300 of these reviews were produced within the last week.

What’s happening is a culture war, or rather a war between Mormons and everyone else:

The face-off on Amazon over the book follows an article from Salt Lake City’s KUTV, which claimed that students at the Church of Jesus Christ of Latter-day Saints University Brigham Young had been asked to praise the book online. The news source quoted a Facebook post, which told students that “many people against the Church have, sadly, written negative comments about the Book”, urging them to write a review in response, because it would be “a great opportunity to share your testimony to the world and do online missionary work”.

“Please accomplish this challenge by the end of the week,” said the post. “Thank you for serving the Lord!”

While KUTV pointed out that not all of those asked agreed with the request, reviews started to flood in. “Inspired! Jesus Christ on every page!” said one user on 1 March. “An absolute masterpiece of divine origin!” said another.

But the positivity was soon rebutted by non-believers – and by those who disagreed with the request – and deluged the Amazon page with one-star write-ups. “I was instructed to come here and leave a positive review. That was the last straw … I’m done with this cult, thus the one-star review,” wrote one. “Waste of a good tree,” said another, adding: “Besides the issue of ethics with the Mormon church urging members to post positive reviews, The Book of Mormon has about as much to do with religion as the demented writings of L Ron Hubbard. I actually give it zero stars… It DOES come in handy when you run out of TP.”

Well, it’s hardly a fair fight, or rather an objective one. The five-star reviewers are responding to a call to praise their holy scripture, i.e., proselytizing; and I strongly suspect that hardly any of the one-star reviewers have read the book. But I’ve read quite a bit of it, though not the whole, for the damn thing is the most soporific scripture I’ve ever read—and I’ve read the Bible, the Qur’an, and the Bhagavad Gita.

In fact, the Bhagavad Gita is well worth reading; it’s a real piece of literature, and quite absorbing.

The Bible is overrated: I’ve always taken issue with Dawkins’s claim that it’s “a great work of literature“. Yes, we should read it, at least in the West, because it’s so heavily influenced our culture, but don’t expect unadulterated beauty. There are lovely bits, of course, but I claim that if only a single copy of the Bible existed, and if that it had not been adopted as Holy Writ, and if it were found in a dusty bin in a Bloomsbury bookshop, someone reading it would find it tedious and uninspiring. And of course much of the beauty that is there was due to King James’s translators.

The Qur’an is far worse: it’s not only tedious but contains a lot more acrimony, violence, and hatred. I can’t remember any parts of it that were beautiful.

And the Book of Mormon is not only a ripoff of the Bible (Joseph Smith clearly cribbed its language), but is boring and repetitive: I can’t even begin to tell you how many times it contains the phrase “And so it came to pass. . . ”

You can amuse yourself by reading the reviews. I’ll put up just four: two positive and two negative. The negative ones are much funnier, but note that some of the five-star reviews were actually written by critical nonbelievers making fun of the book.

Knock yourself out. Although website comments are often tedious, I find these dueling Amazon reviews clever and inventive. 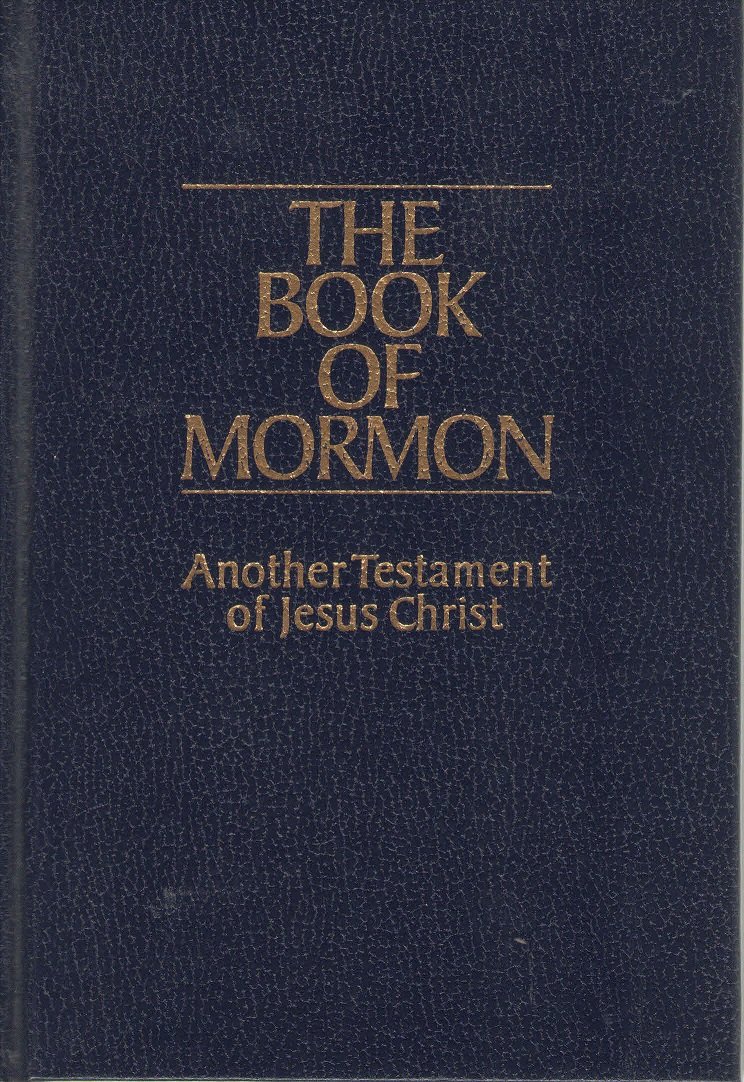