Today we have a set of diverse photos from reader Susan Heller, along with her notes (indented):

Here are a few pix from the San Diego area in California for you, showing some of the things I’ve run into in recent years.

A Bighorn Sheep [Ovis canadensis] in the Anza Borrego Desert.  There’s a canyon there where you are guaranteed to see them.  Last time I was there I watched 16—a couple of rams, 6 females and 6 babies—make their way across a bouldery hillside. They are so nimble! 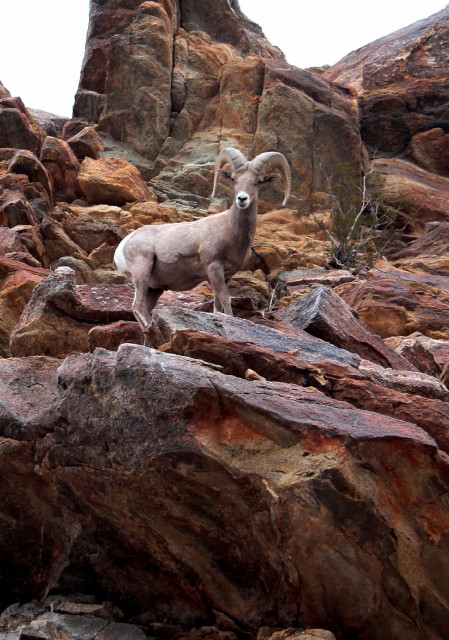 The little possum [Didelphis virginiana] showed up on a lawn behind my house, so I left him there thinking his mother would return. Two hours later I found him in my house!  So I took him to a possum rescue lady in Valley Center, who told me he needed a couple more weeks of bottle feeding and she’d take him on.  She graduates them from her house to a pen where they can practice digging for food, before she releases them. 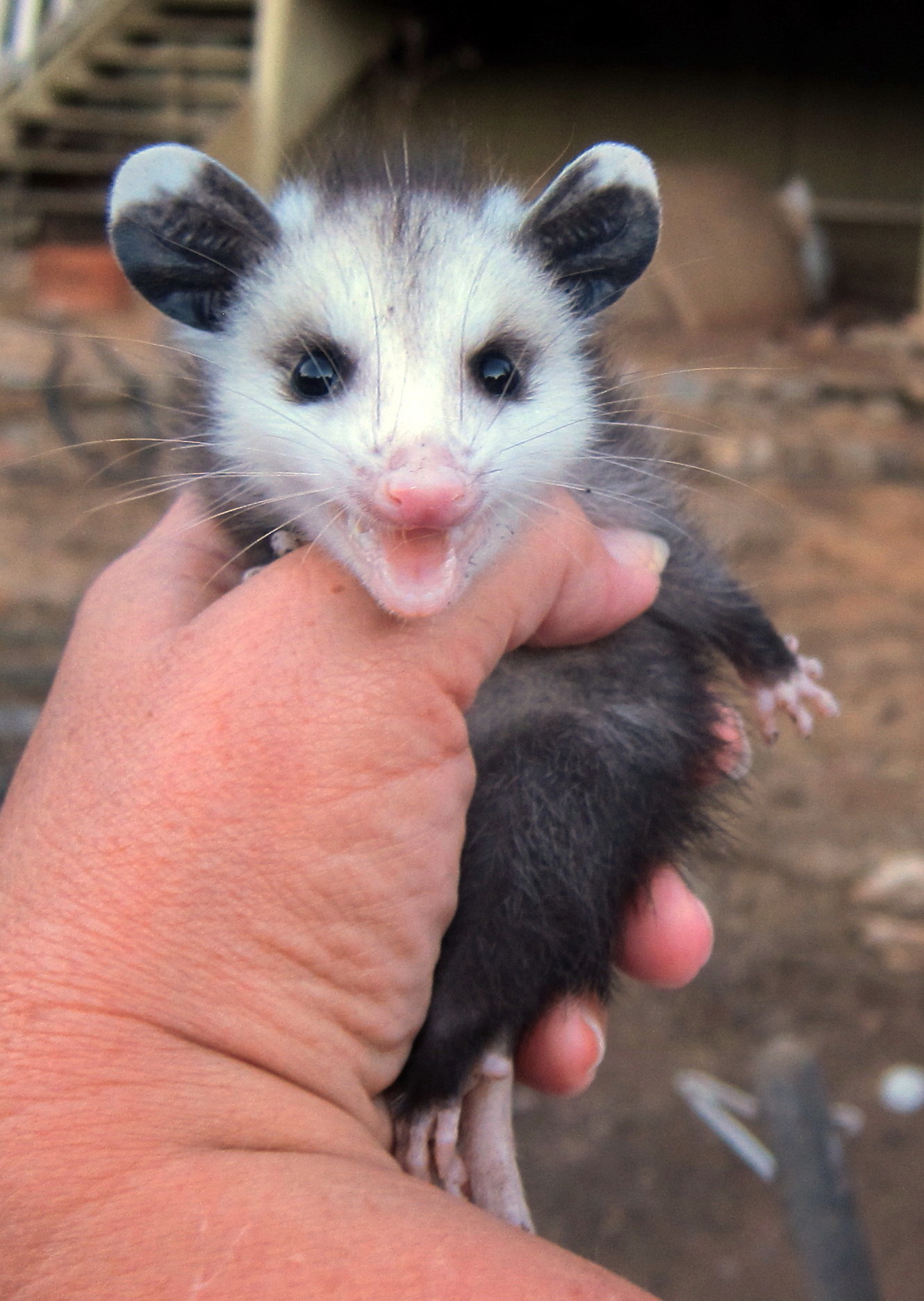 The huge crab (?) spider lived on a rosebush in my front yard for a long time.  I don’t know spiders, so I’m guessing what he was. 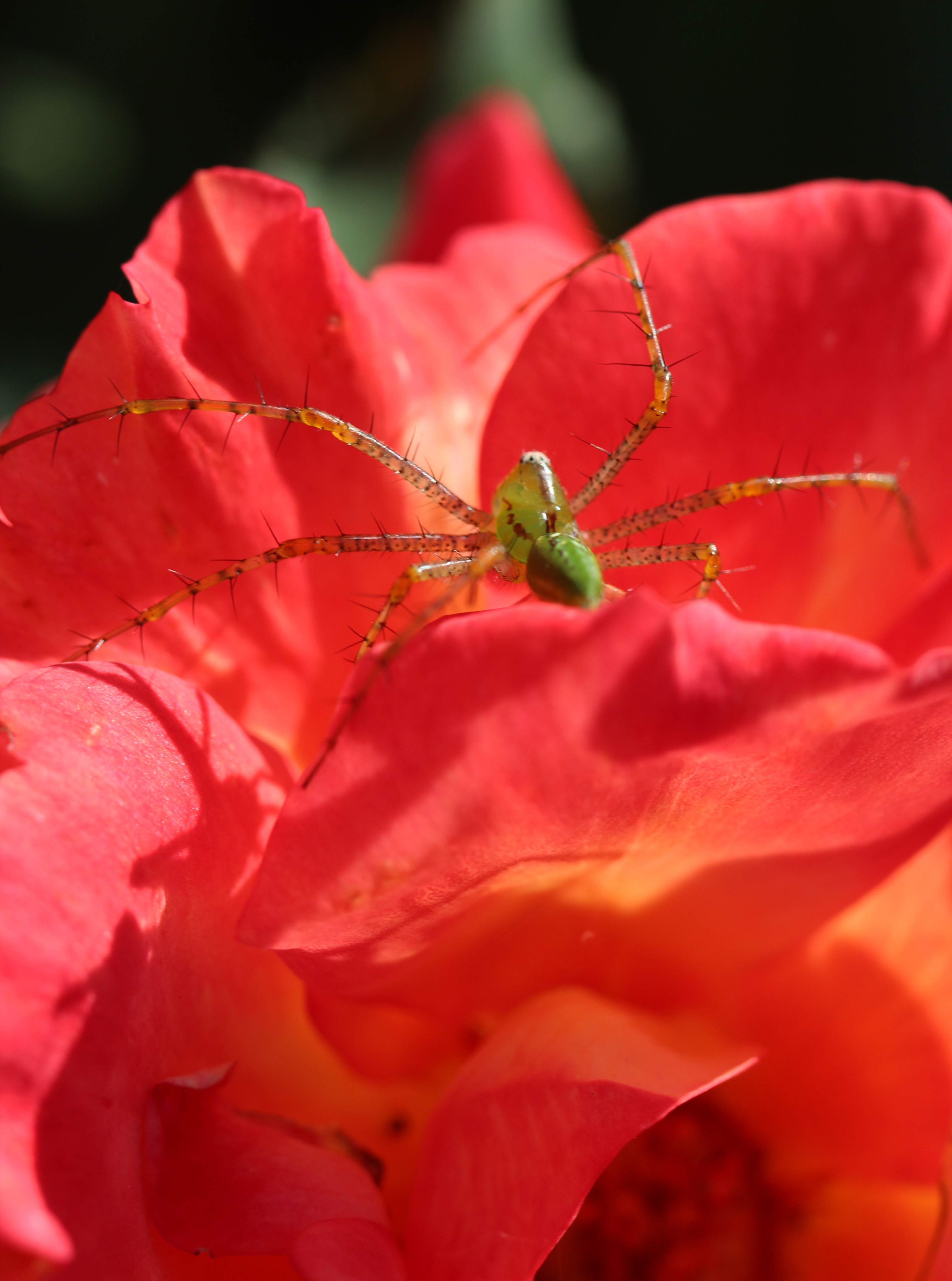 The long-eared owls (Asio otus) appeared in a small flock in a camp ground in the Anza Borrego desert a few years ago.  They hung around for a couple weeks, then disappeared and we haven’t seen them since.  The dimorphism is wonderful! 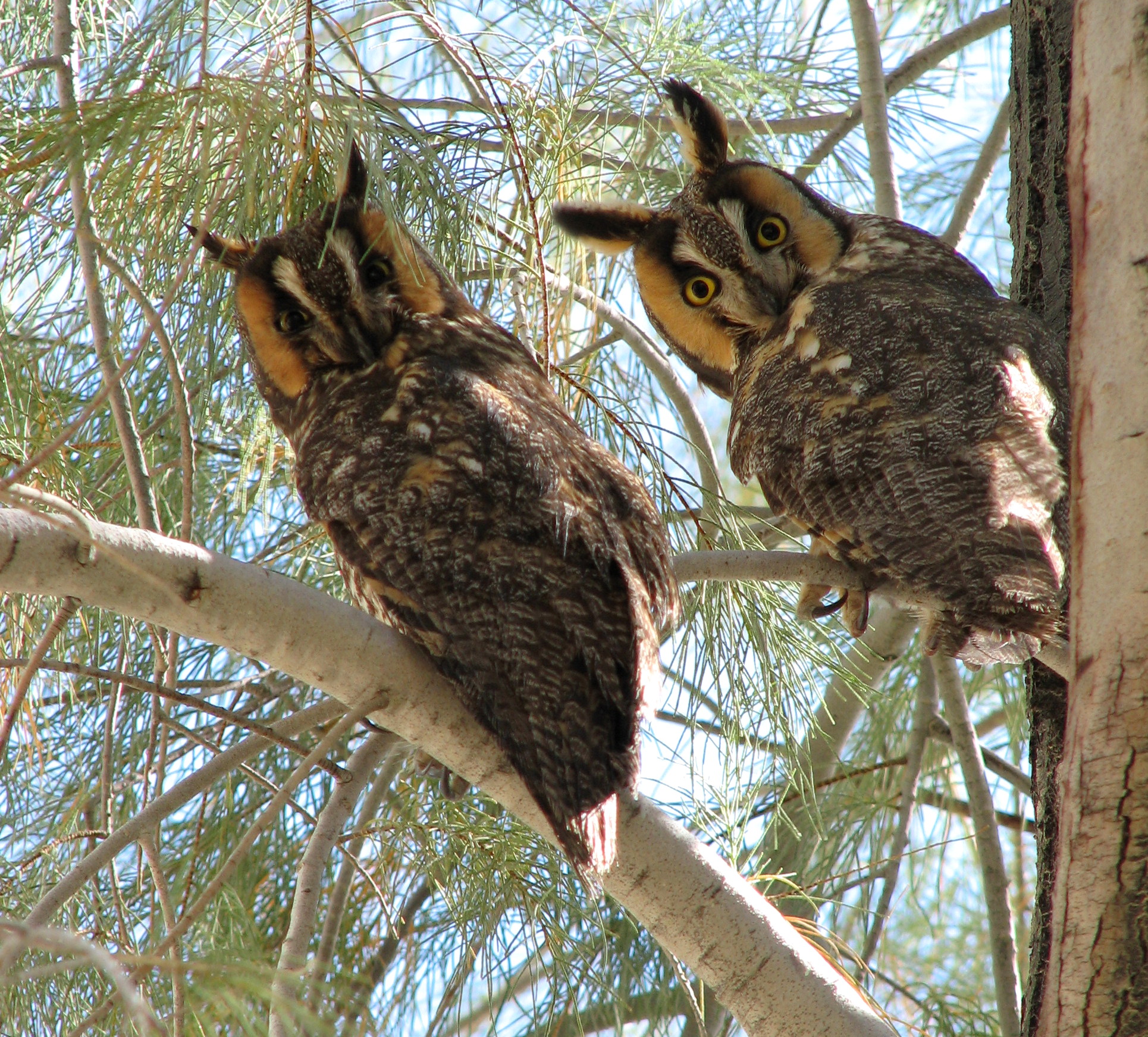 The lazy raccoon [Procyon lotor] eating dog food lives under my sister’s deck: it’s one of several mothers who raise litters there, and last time I visited she had five babies with her. 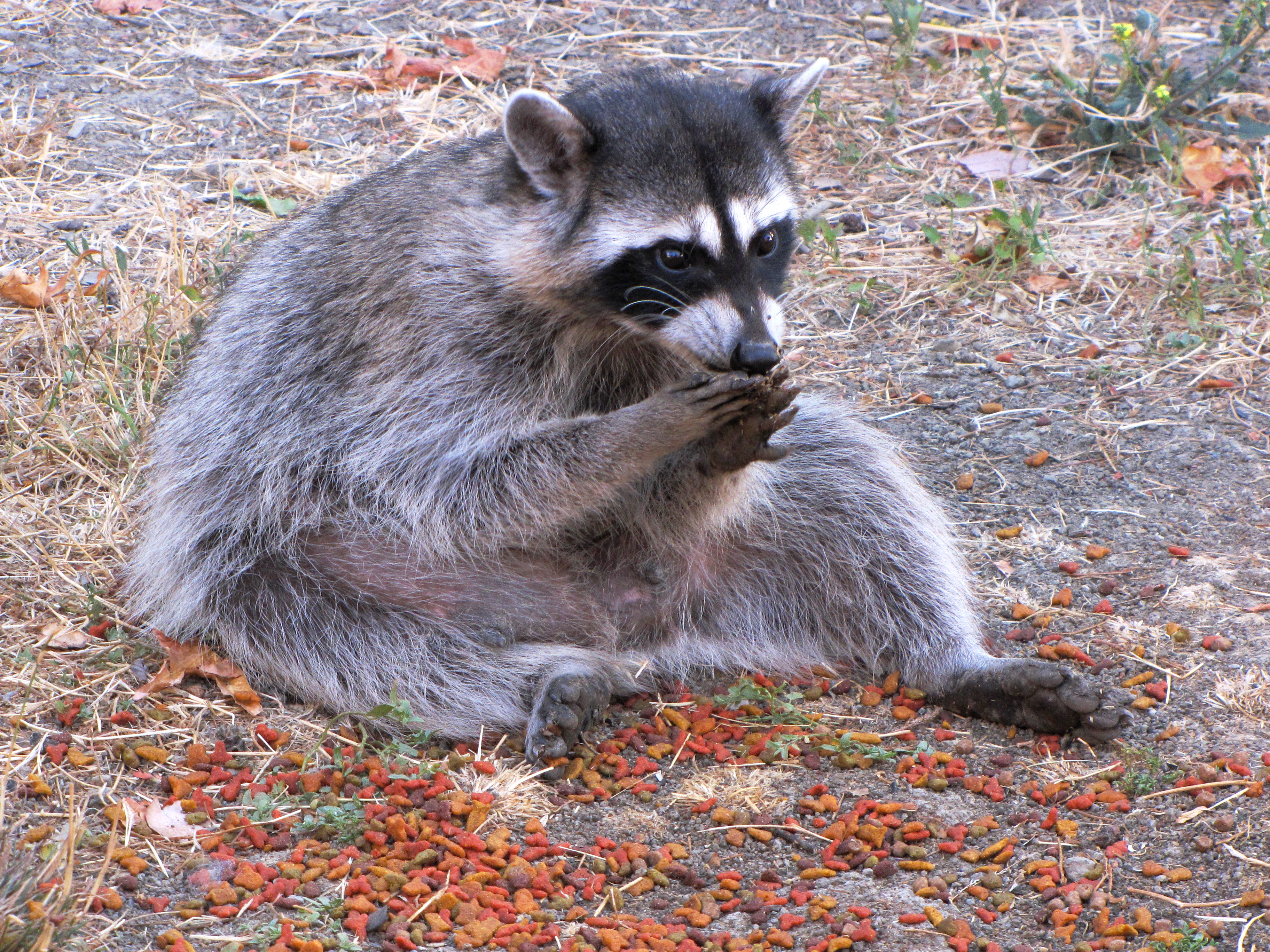 The Allen’s Hummingbird [Selasphorus sasin] has been a resident in my backyard all summer; it’s interesting that Allen’s seems to be nudging the Anna Hummingbird out of the area. This one is a feisty little guy, guarding his feeder with twittering attacks on the interlopers, who are often house sparrows (how they learned to slurp up the sugarwater is beyond me. No one else has this problem here but me – and the Allen’s). 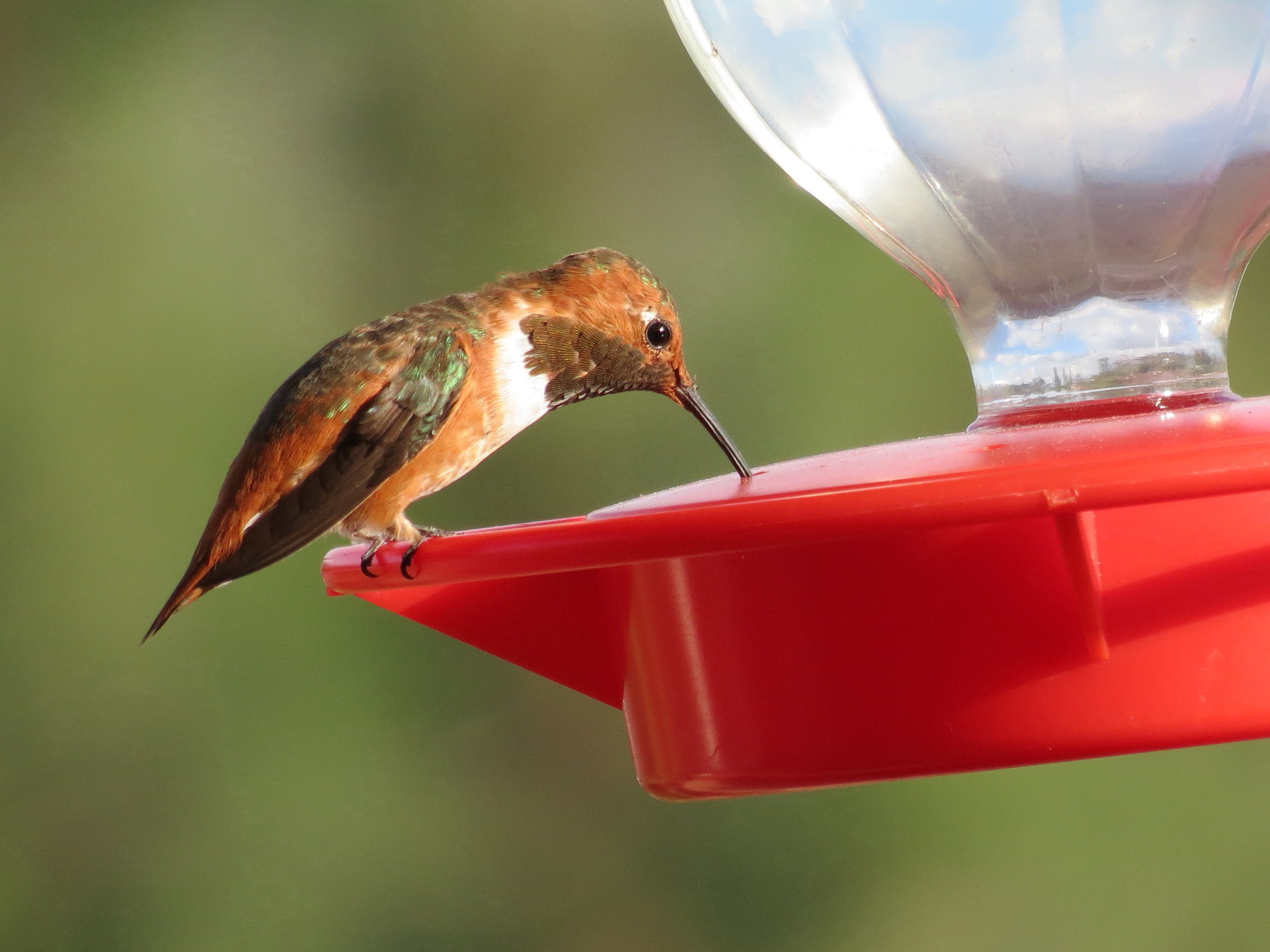 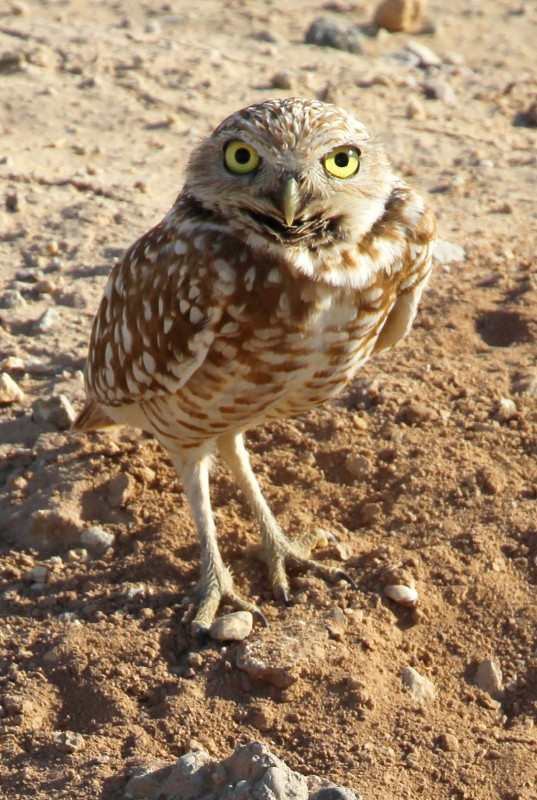 My old moggie, Shelly.  I got him as a rescue cat when he was 8 years old and it took him several years to calm down (the scars on my arms attest to this). That’s why he’s included here in ‘wildlife.’ He was a great kitty, and lived to 20. 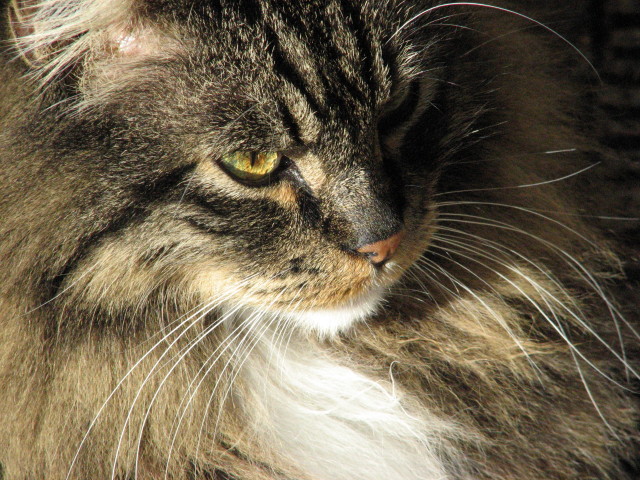