Today we have a grab-bag of diverse photos from several readers, some sans wildlife. The first is from Brandon Cooper, who collaborates with my ex-student Daniel Matute collecting Drosophila flies in Africa:

I recently returned from Zambia, Malawi, and Namibia where Matute and I collected a nice transect of melanogaster and simulans. While collecting in the South Luangwa area of Zambia, I took these two pictures that I think you will enjoy. Needless to say it was a lot of fun collecting flies in areas where big cats randomly walk past. [Leopard: Panthera pardus.] 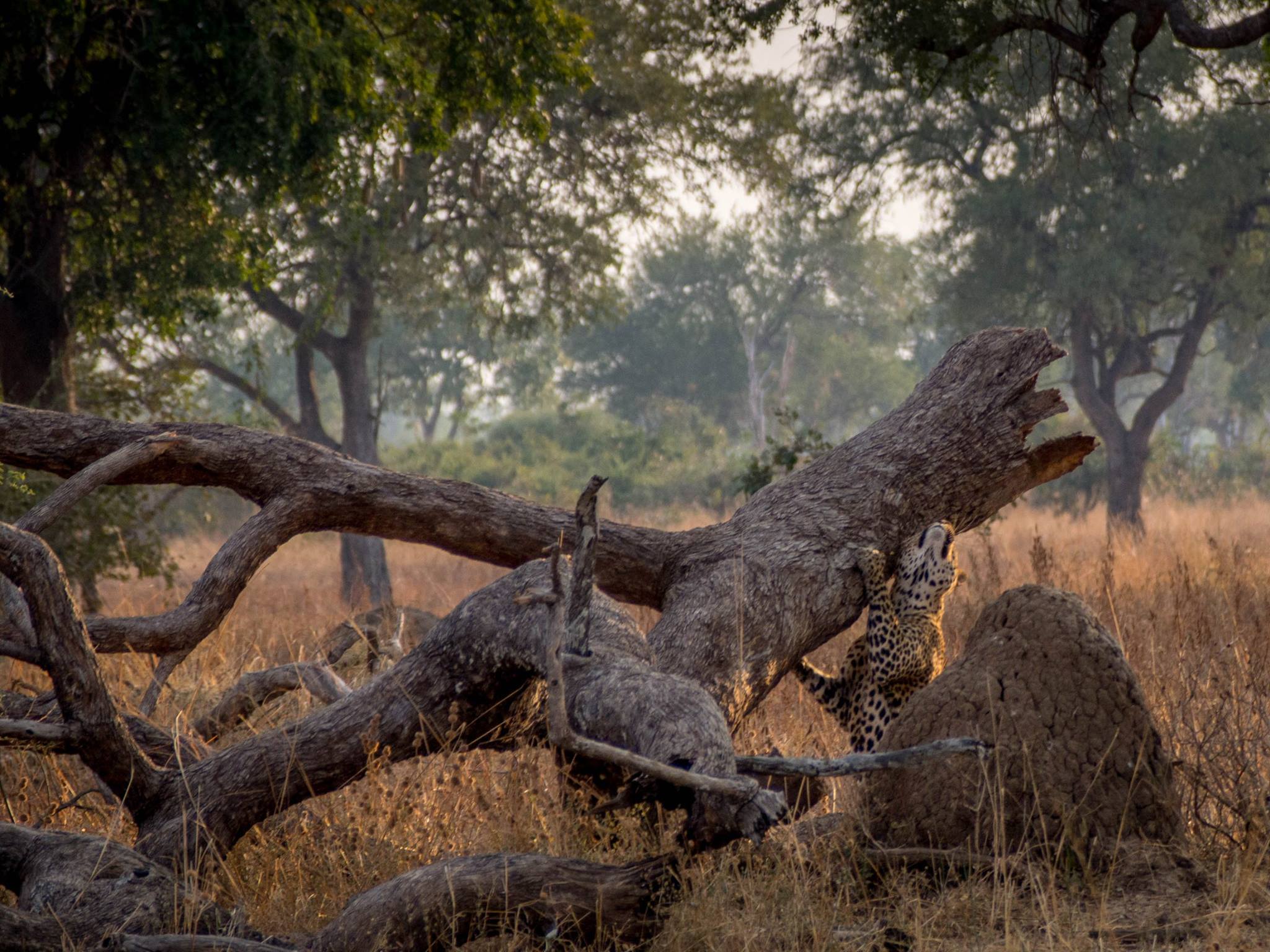 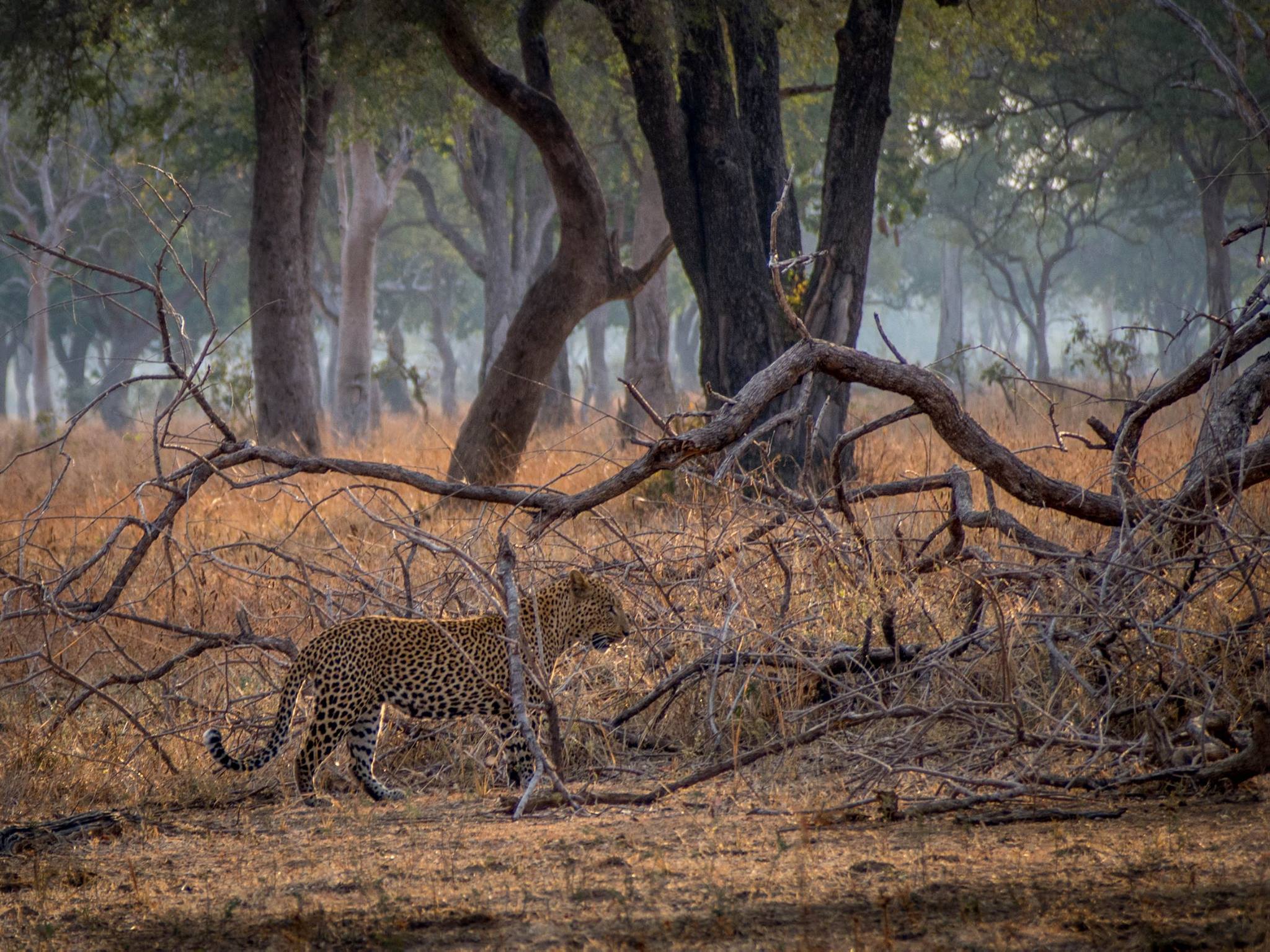 Belted kingfisher (Megaceryle alcyon).  This (?) female was being mobbed by crows on an otherwise serene Seattle day.  After landing next to this pillar at the Fred Hutchinson Cancer Research Center, she shut her eyes for about a minute.  I kept the crows away until she came to.  In a burst, which relieved me tremendously, she flew off. 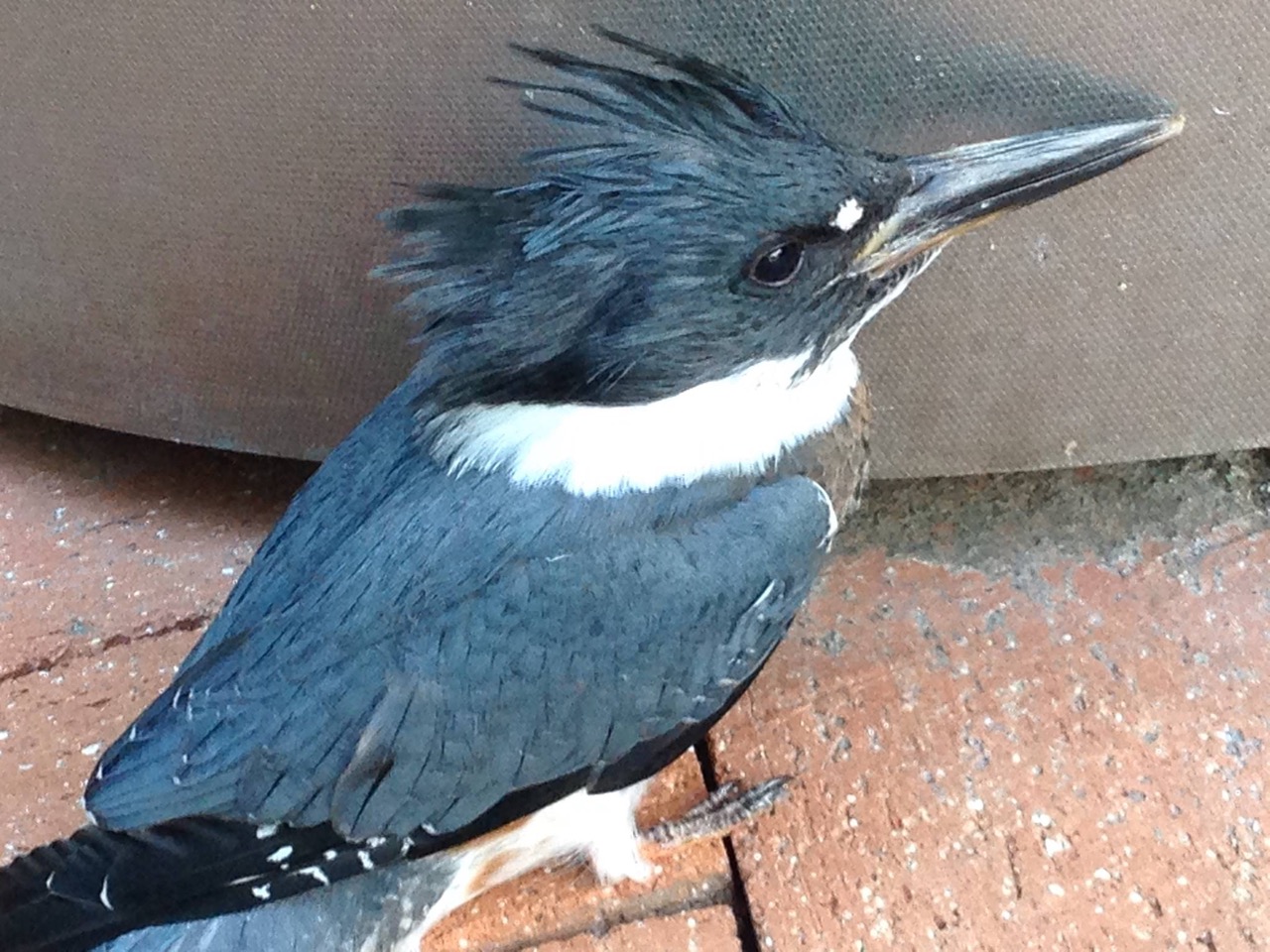 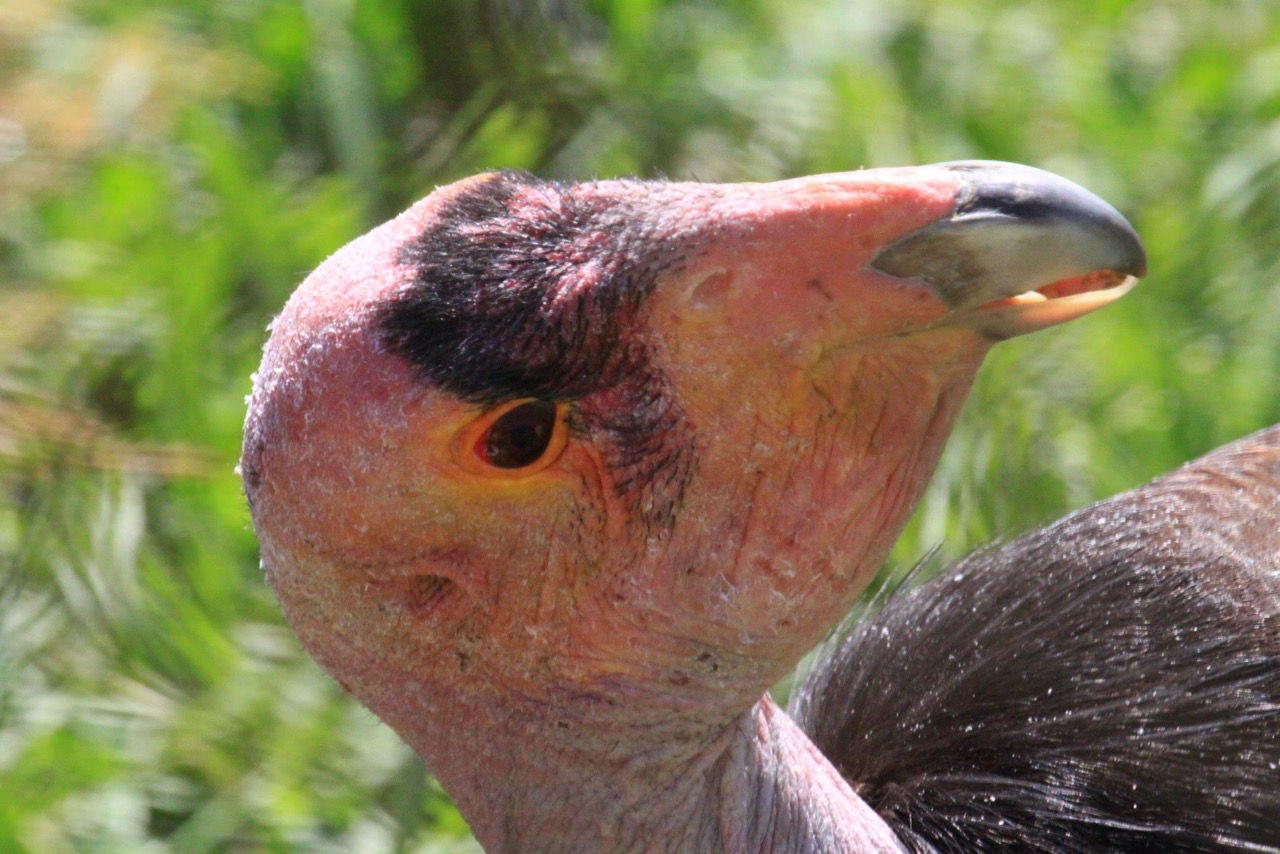 From Stephen Barnard, a bird butt.

I had a little too much lens for this Red-tailed Hawk (Buteo jamaicensis): 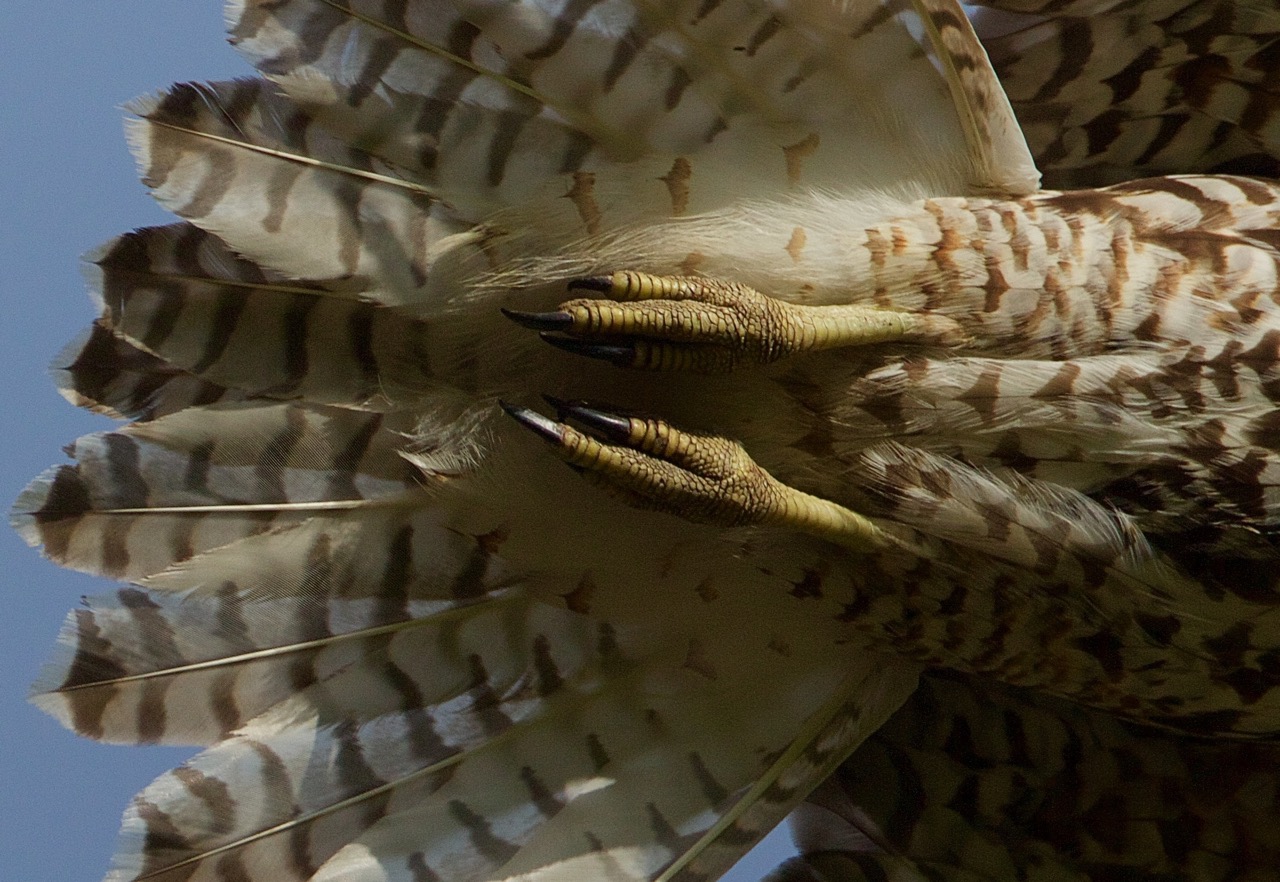 And some stellar stunners from reader Tim Anderson in Oz:

The first shows the Small Magellanic Cloud and the Large Magellanic Cloud. These are two irregular galaxies visible to the naked eye in the southern hemisphere close to the South Celestial Pole.
These objects are among the closest galaxies to the Milky Way and are both areas of vigorous new star formation. The prominent star at the top of the picture is Beta Hydri, which appears to be similar to the sun, though much later in its evolution, being a red giant. 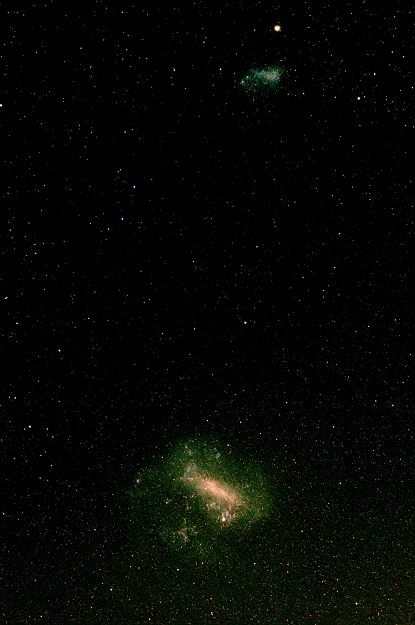 The second picture shows gas and dust clouds in part of the Milky Way visible at this time of year in Australia.
Each picture was compiled from a set of about thirty 8-second photographs taken with a 15mm focal length lens on a Canon 70D camera. The details of the LMC and SMC is borrowed from the commentary in the Sky Safari program (whic I recommend for stargazers). 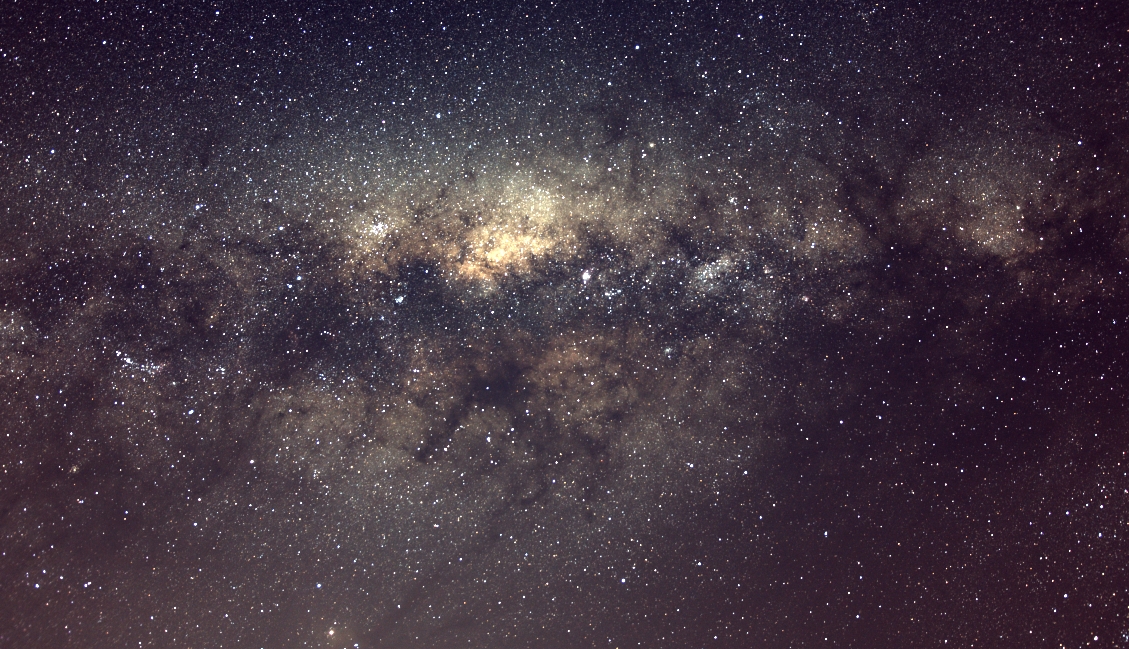