The photo tank is beginning to empty, so do send any GOOD photos that you have. Meanwhile, today we have a treat for arachnophiles: two lovely spider photos and video today from reader Al Denelsbeck. His notes:

Sending along photos of a magnolia green jumping spider, Lyssomanes viridis. This is a juvenile female, 4mm in body length. The translucent chitin allows light to shine through the cephalothorax so the internal motions of the retinas can easily be seen, and they can move independently. I provided food for this one to convince it to hold still – jumpers are such hyperactive spiders – and even got video of the wandering eyes. 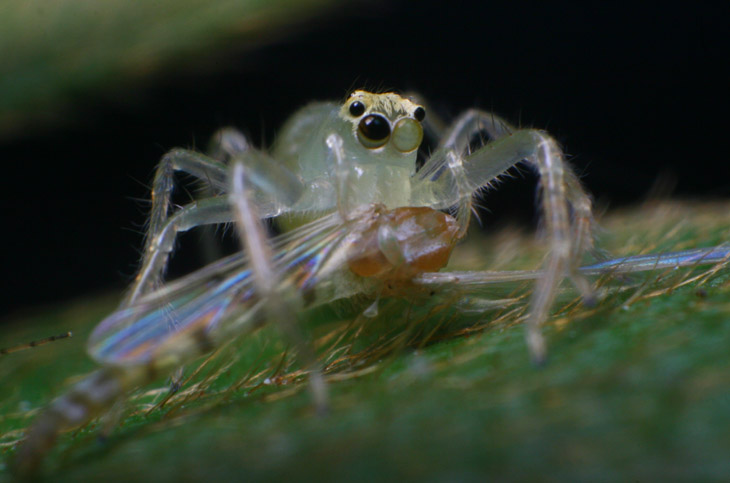 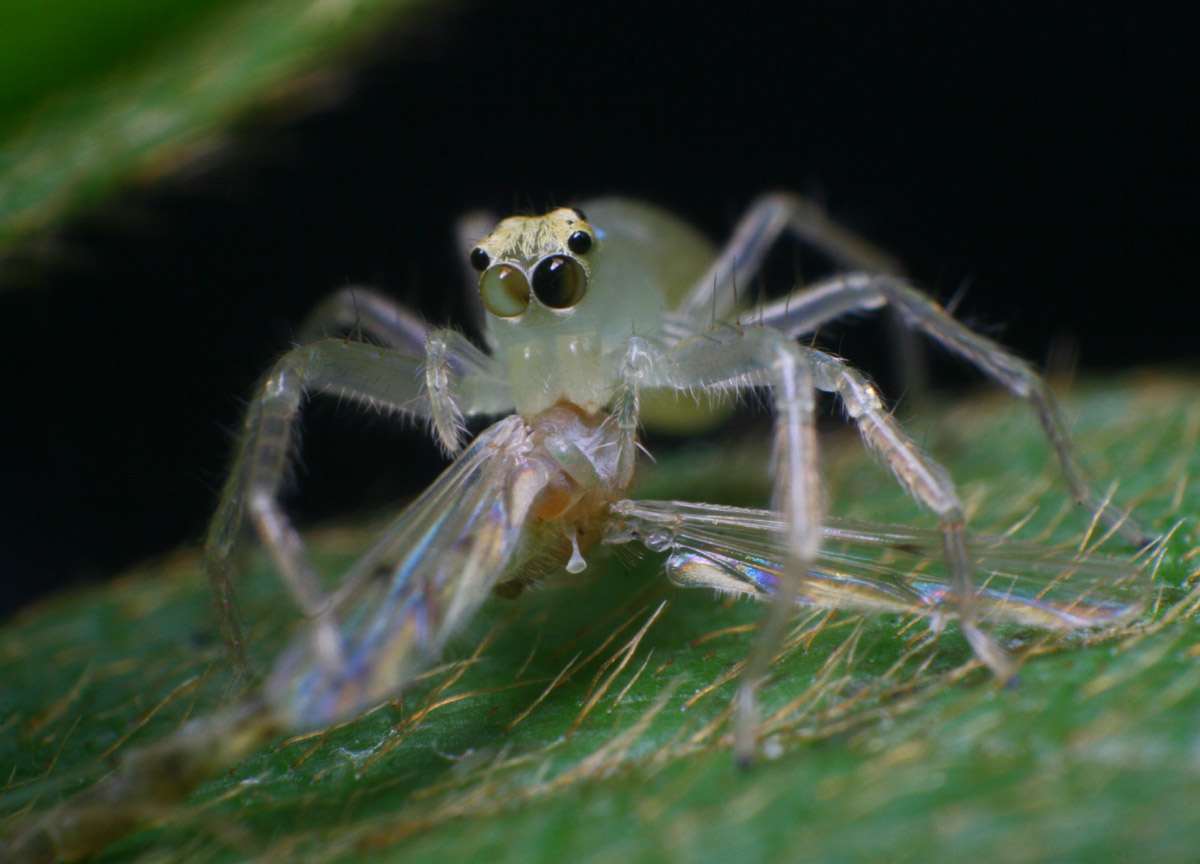 Here’s the video, which clearly shows the moving eyes:

And his own writeup on the spider, which appears on Al’s website Walkabout.

You may recall that in August I put up a video showing the moving eyes of another jumping spider, as well as an explanation of how we’re able to see the eyes, which are long tubes, moving about.

This is one of my captured bees. I had to chill it down in the refrigerator to get it to hold still for pictures, but I only got maybe two minutes before they regained mobility and flew away. I later learned that they are called the European wool-carder bee (Anthidium manicatum), named after their habit of collecting hairs from furry plants to line their nests. These bees were accidentally introduced from Europe. They are very territorial, and this explains why they were so keen to chase other bees away from the lambs ears. 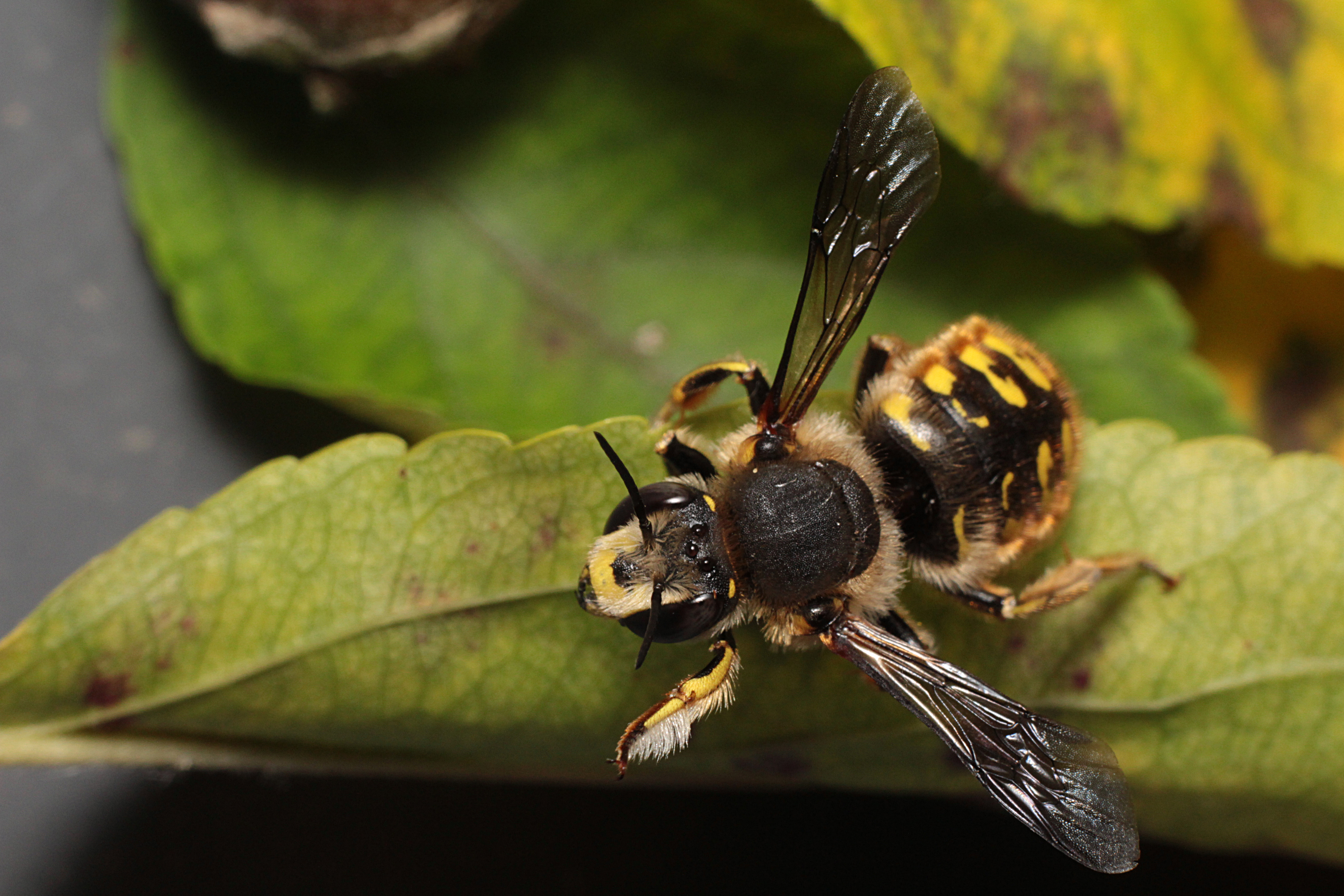 The final bee also had me fooled since it looked more like a wasp. From the picture you can see it has an enlarged basitarsus, and it was that character that informed me that it was a bee of some kind. It turns out to be a species of cuckoo bee (Nomada maculata). These bees are so-named because like the cuckoo birds they practice kleptoparasitism. That is, they lay their eggs in the nests of other bees! Perhaps this explains why these bees are not particularly hairy, since they are only collecting pollen to feed themselves. I have since learned that there are kleptoparasitic bees in several of the bee families. 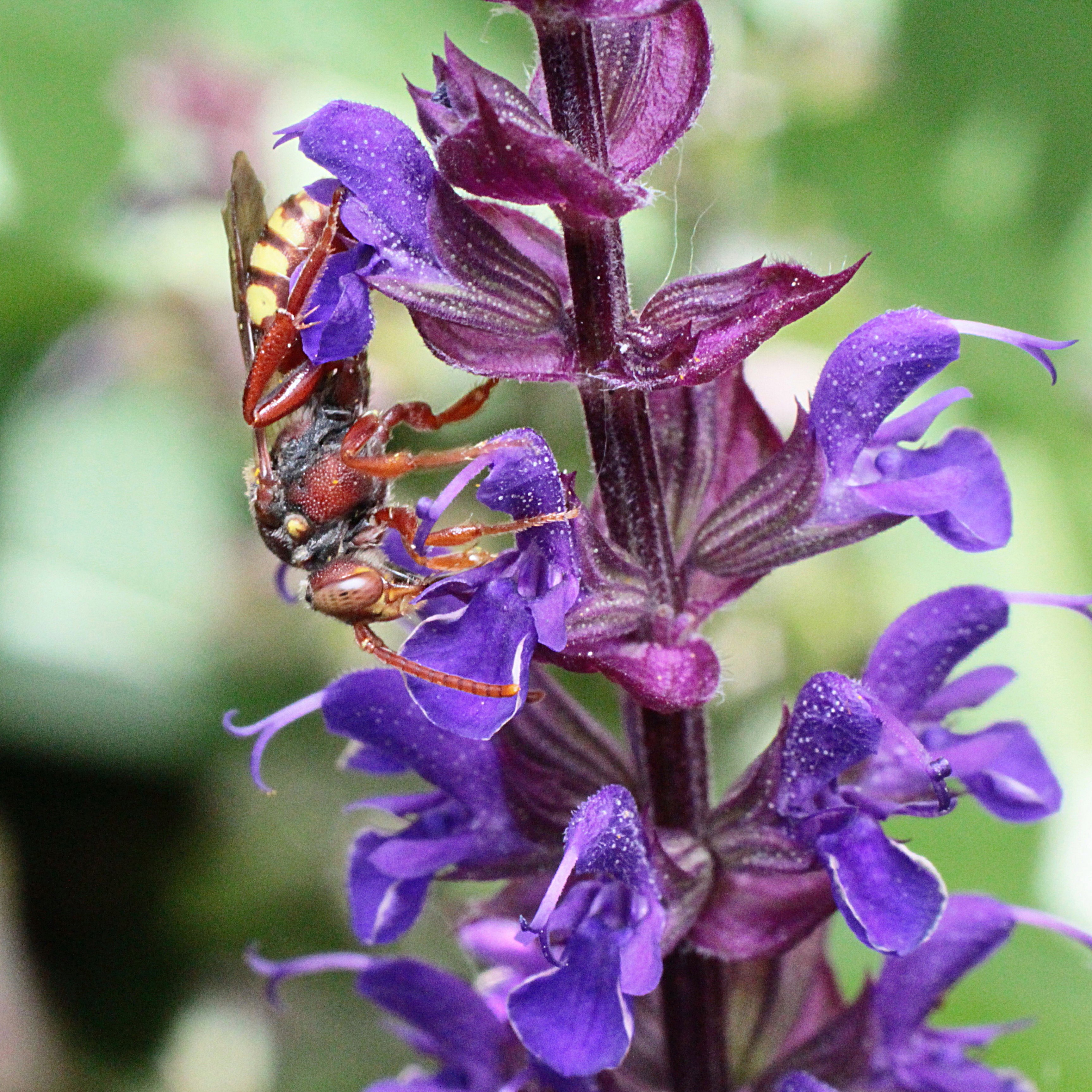 For those of you unfamiliar with the basitarsus, here’s a diagram of an insect leg (a sandfly). You can see the enlarged basitarsus on the rear leg of the bee above. 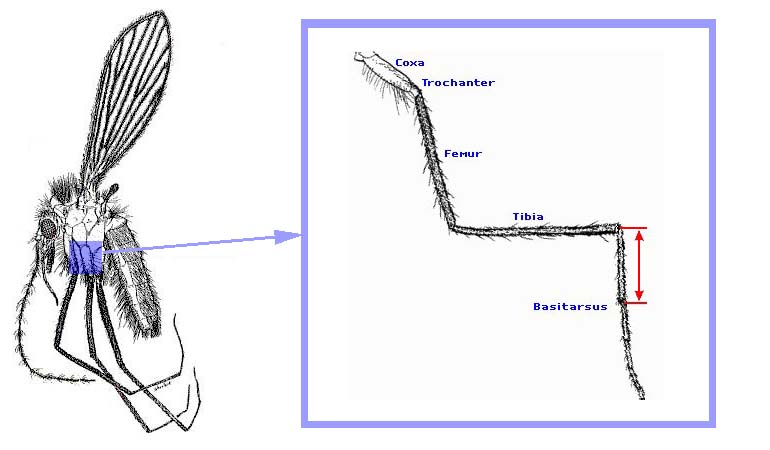