I have brought my photo file with me, and a few others arrived when I was in transit. Let me put those up first. One set was by regular contributor Stephen Barnard, who sent moose photos (Alces alces):

This cow and what must be a yearling calf (healthy by the looks of it) were browsing across the creek all morning. They’re on to Deets [the border collie] and know he won’t go in the water, and they regard me and the camera more with curiosity than alarm. 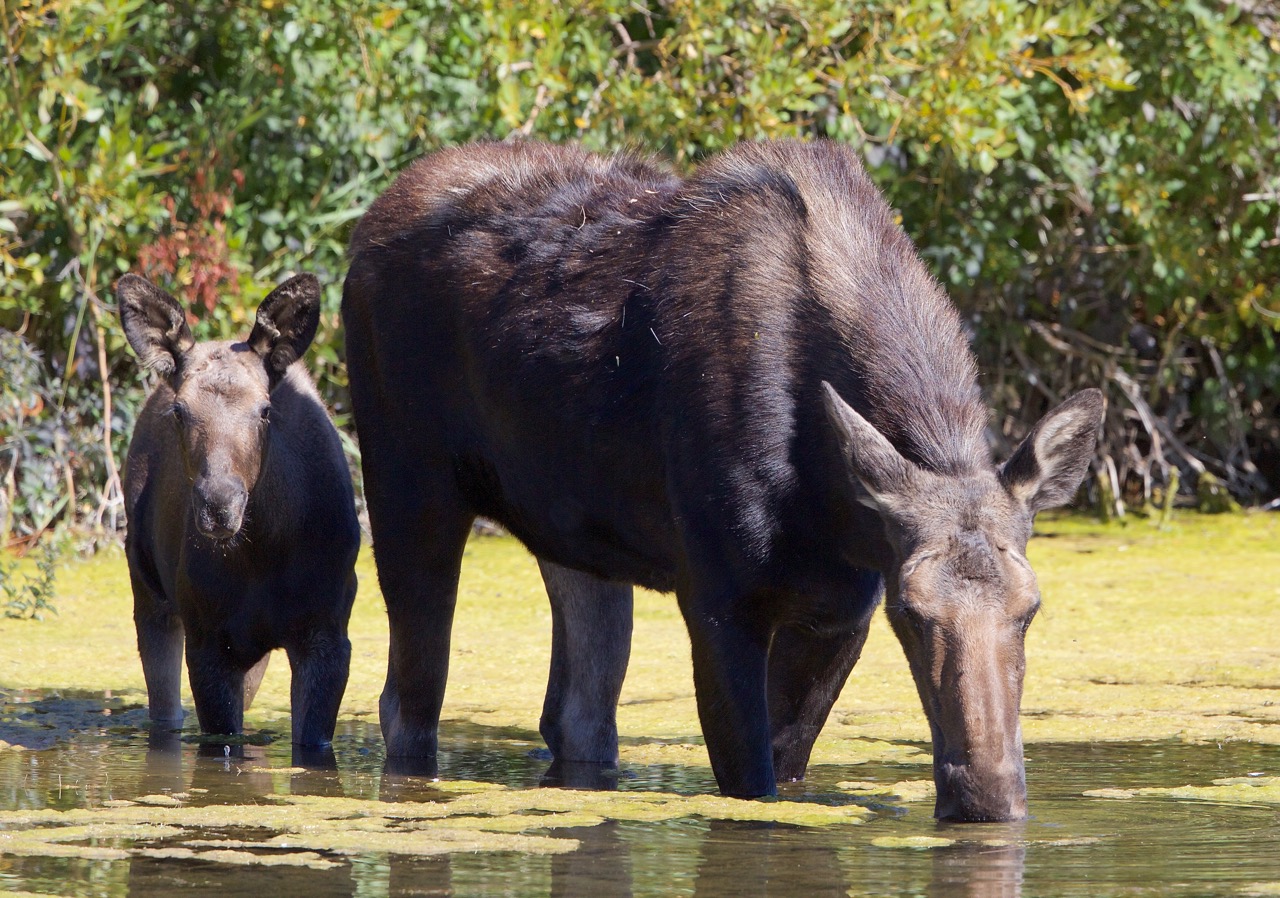 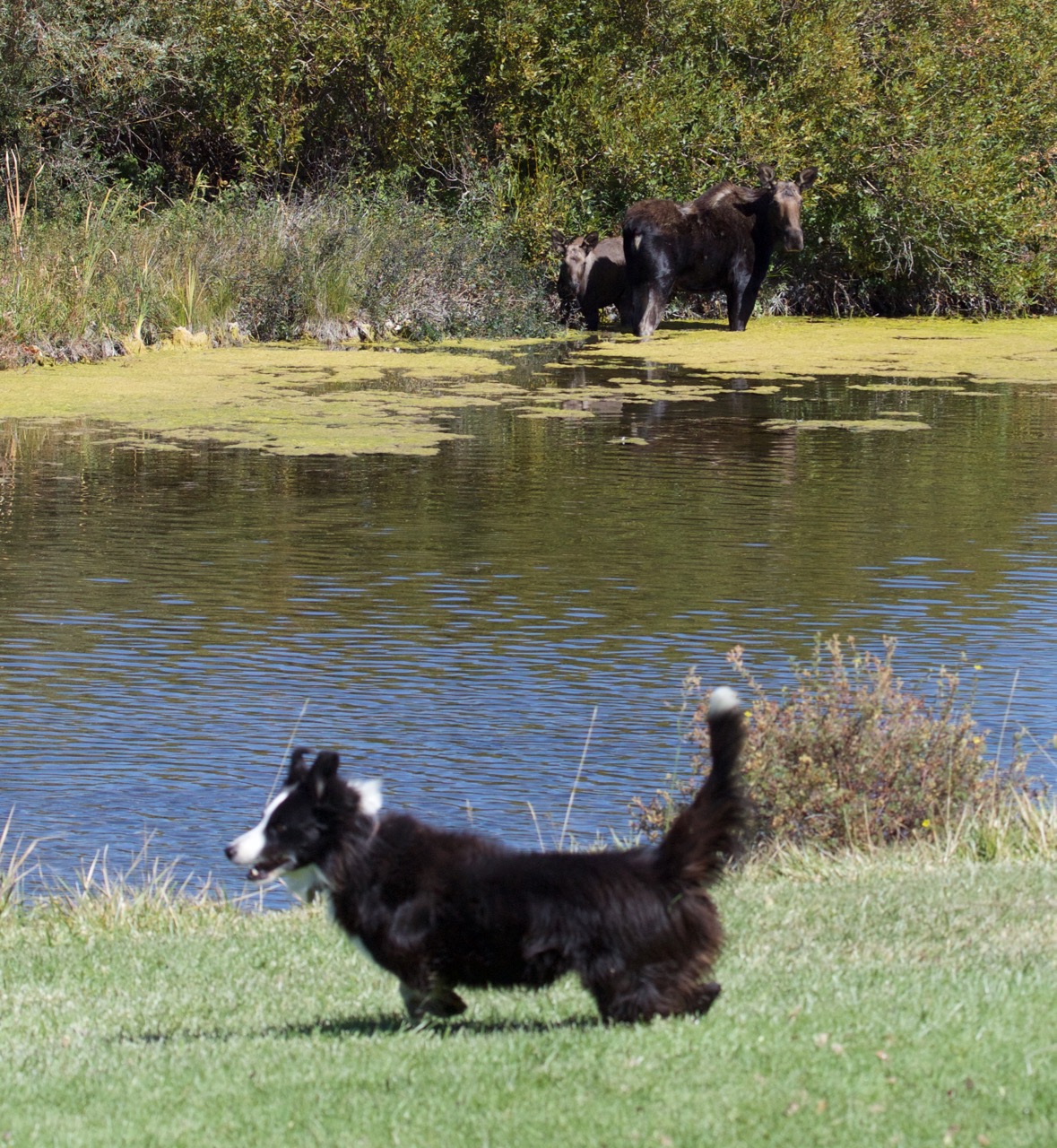 Stephen also sent a link to this video, which he said is being widely circulated among birders. It shows a common loon (Gavia immer) pooping into the mouth of a biologist trying to band it:

Diana MacPherson, who prowls the woods near her workplace, found a beetle whose identity first eluded her, but then, with the help of her dad, was clarified:

Ahhh my dad found out what it is. A short-winged blue blister beetle [Meloe angusticollis]. They emit a caustic substance when squished/threatened & it can cause blisters. Serves you right for harming it!! 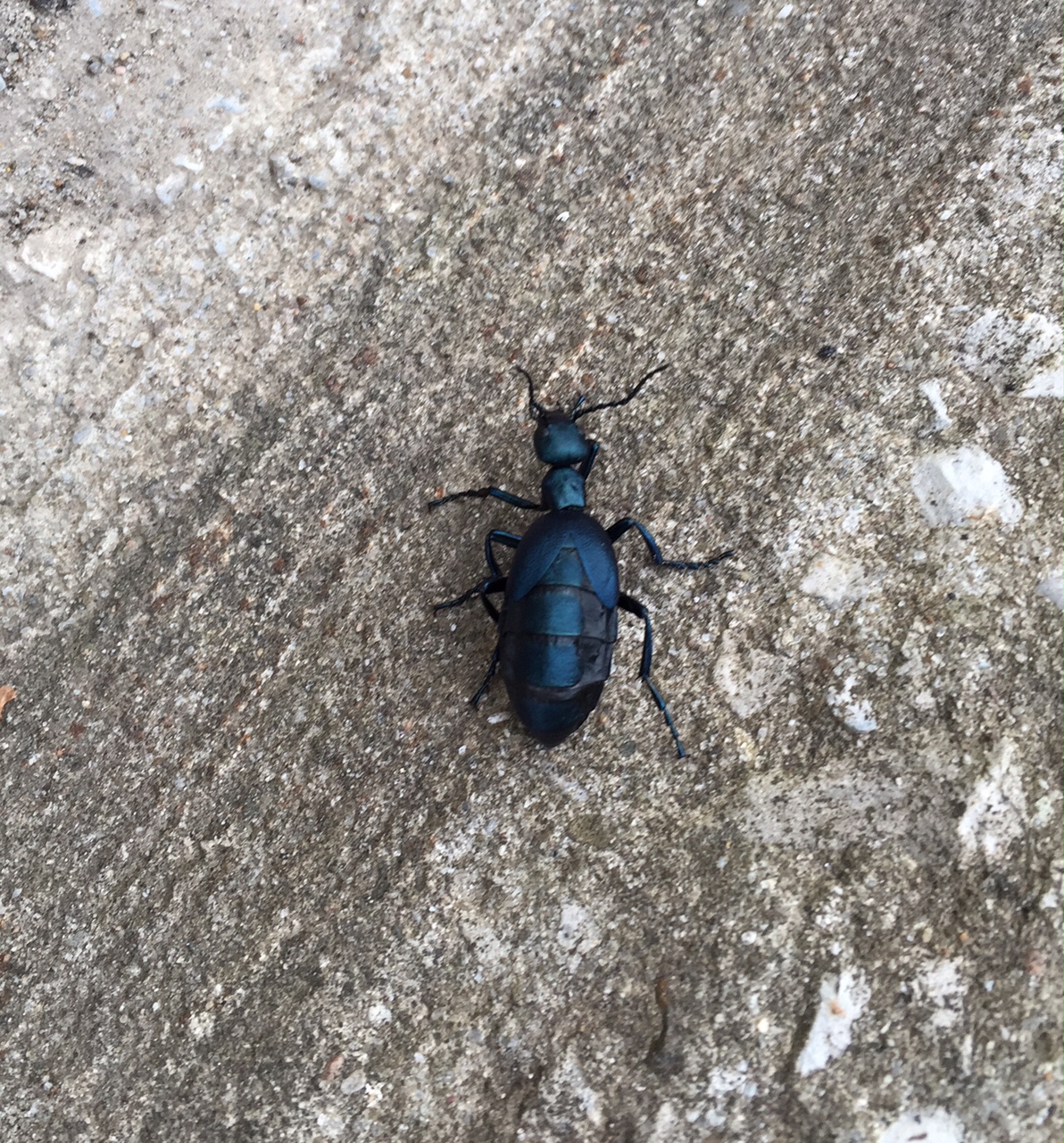 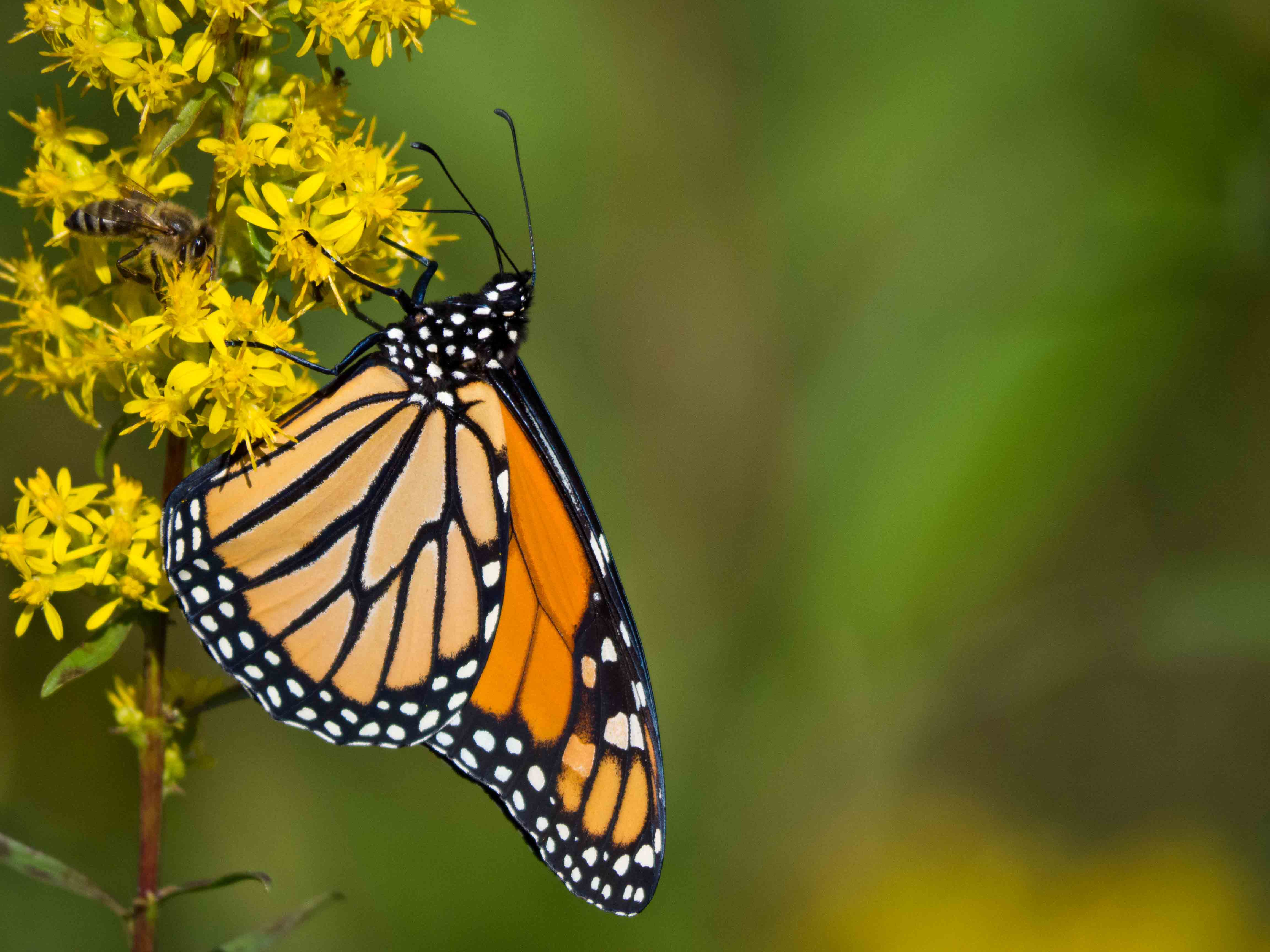 And reader Marilee reminds us not to neglect our photosynthesizing friends, even when they get sustenance by killing animals:

Plants are wild living organisms too. Here is Drosera rotundifolia  [the round-leafed sundew] in northern Maine, having trapped its next meal. Darwin wrote extensively about this species in his book on insectivorous plants. 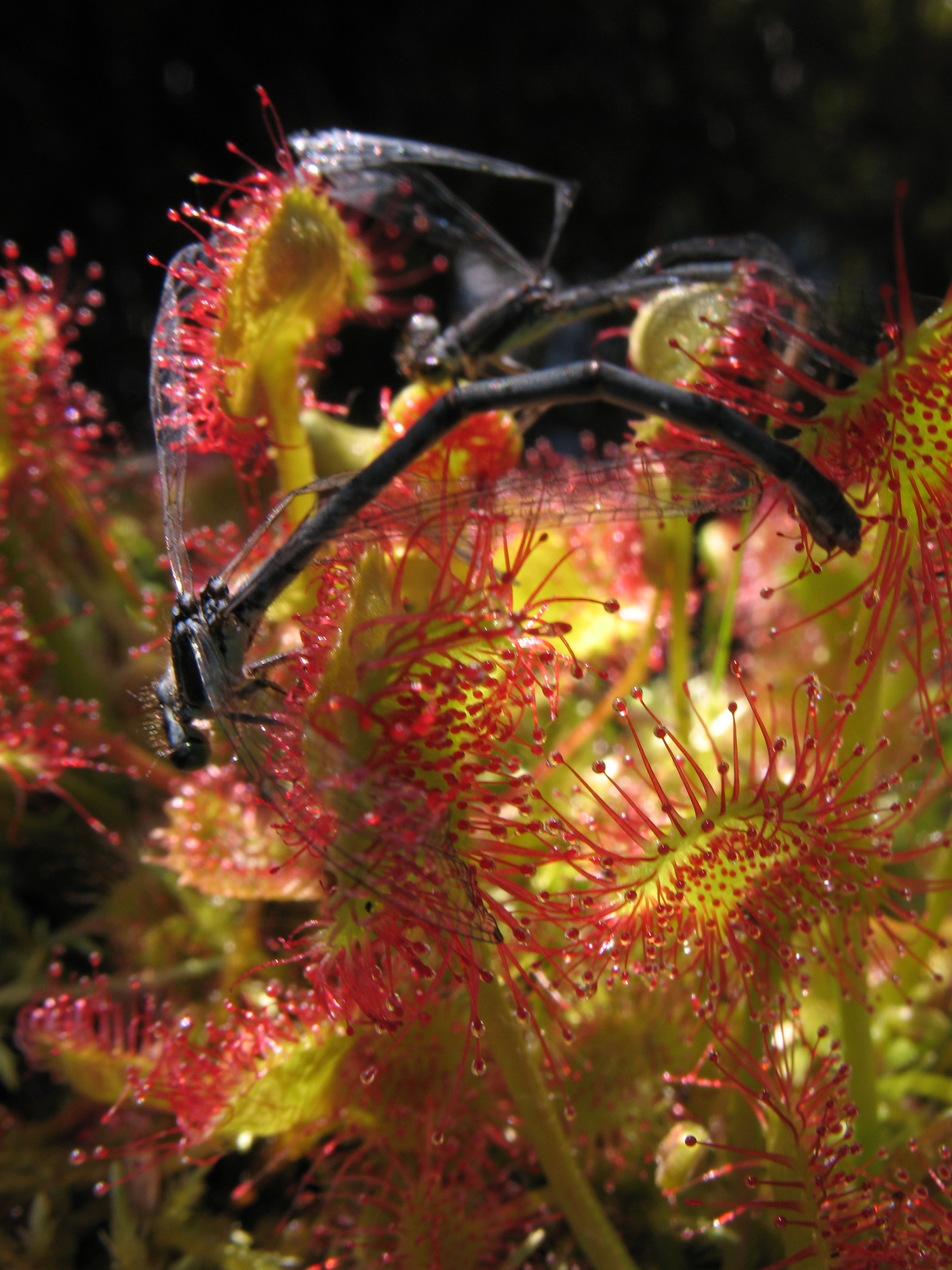