UPDATE: As a reader below points out, Hemant Mehta, the Friendly Atheist, has sussed out that this is a fake account. So, sadly, I issue this correction, realizing that the hilarity was not unintentional.

Speaking of odious folks on Twi**er, apparently jailed Kentucky clerk Kim Davis, who is still sitting in jail for refusing an order to issue marriage licenses to gays, is tw**ting, but via her husband Joe, who’s using her account. Go have a look at some of the LOLz on her Twi**er feed. Here are a few examples: 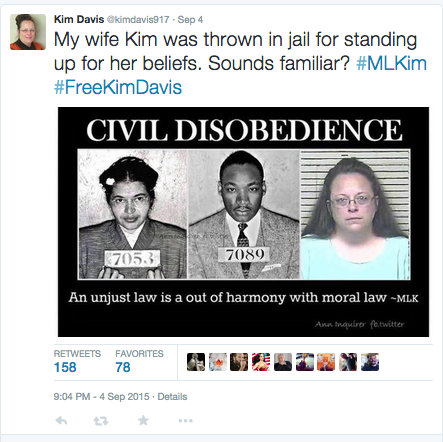 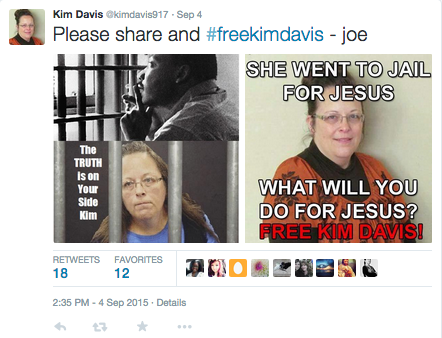 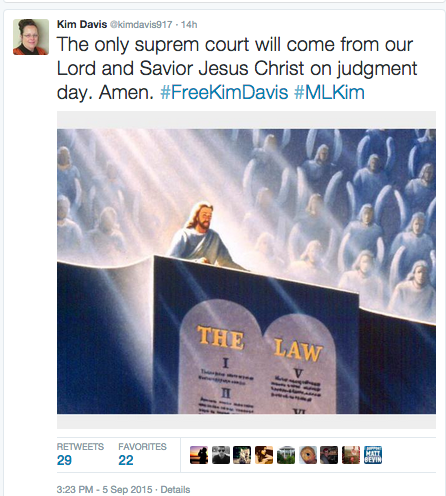 This one is great: we sure can’t let those Muslims, gays, and baby killers walk the streets! 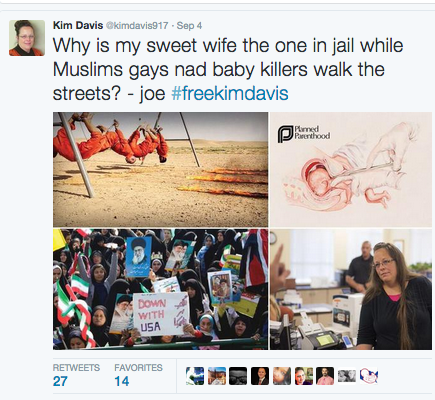 Salman Rushdie’s response to people trying to claim that this is all about religious freedom. 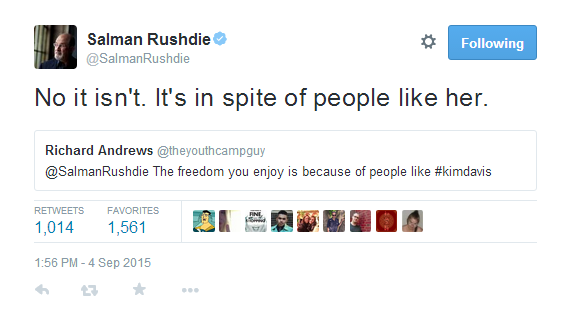