The latest Jesus and Mo strip, called “Wow,” takes up the issue of whether religion might gain protection against ‘ableism’ were it to be classified as a mental illness (note Mo’s own ableism in the last panel): 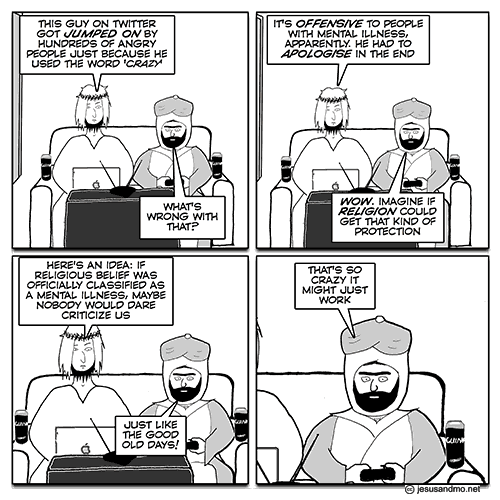 I’ve written recently on the controversy about whether religion should be seen as a mental illness, and decided tentatively that it shouldn’t be, at least not in the same way we see schizophrenia or bipolar disorder as mental illnesses. Still, one can make a case that it is—as Dawkins implied in the title of his famous book—a widespread form of delusion. Jesus and Mo apparently take issue with me, but for tactical rather than scientific reasons.