I’m feeling disco-ish today, so let’s have one of the great disco songs of all time, here in a terrific live performance by Donna Summer, who of course made it famous. Her real name was LaDonna Adrian Gaines, and she died in 2012 of lung cancer. She was only 63.

“Last Dance” nabbed both a Grammy and the Academy Award for Best Song in 1978, for it was in the movie “Thank God It’s Friday.” Wikipedia adds this:

“Last Dance” was one of the first disco songs to also feature slow tempo parts: it starts off as a ballad; the full-length version on the film soundtrack also has a slow part in the middle. This part was edited out for the 7″. The versions found on most greatest hits packages is either the original 7″ edit (3:21) or the slightly longer and remixed version from the 1979 compilation On The Radio: Greatest Hits Volumes 1 & 2 (4:56). “Last Dance” started a trend for Summer as some of her following hits also had a ballad-like intro before speeding up the tempo. Her other hits of this tempo format include “On the Radio”; “No More Tears (Enough is Enough)”, a duet with Barbra Streisand; “Dim All the Lights”; and a song written by and duetted with Paul Jabara called “Foggy Day/Never Lose Your Sense Of Humor”, from his album “The Third Album”.

Here’s Summer with her long-time producer Georgio Moroder, who also produced “Last Dance”. I love this photo; it’s so. . . Seventies. 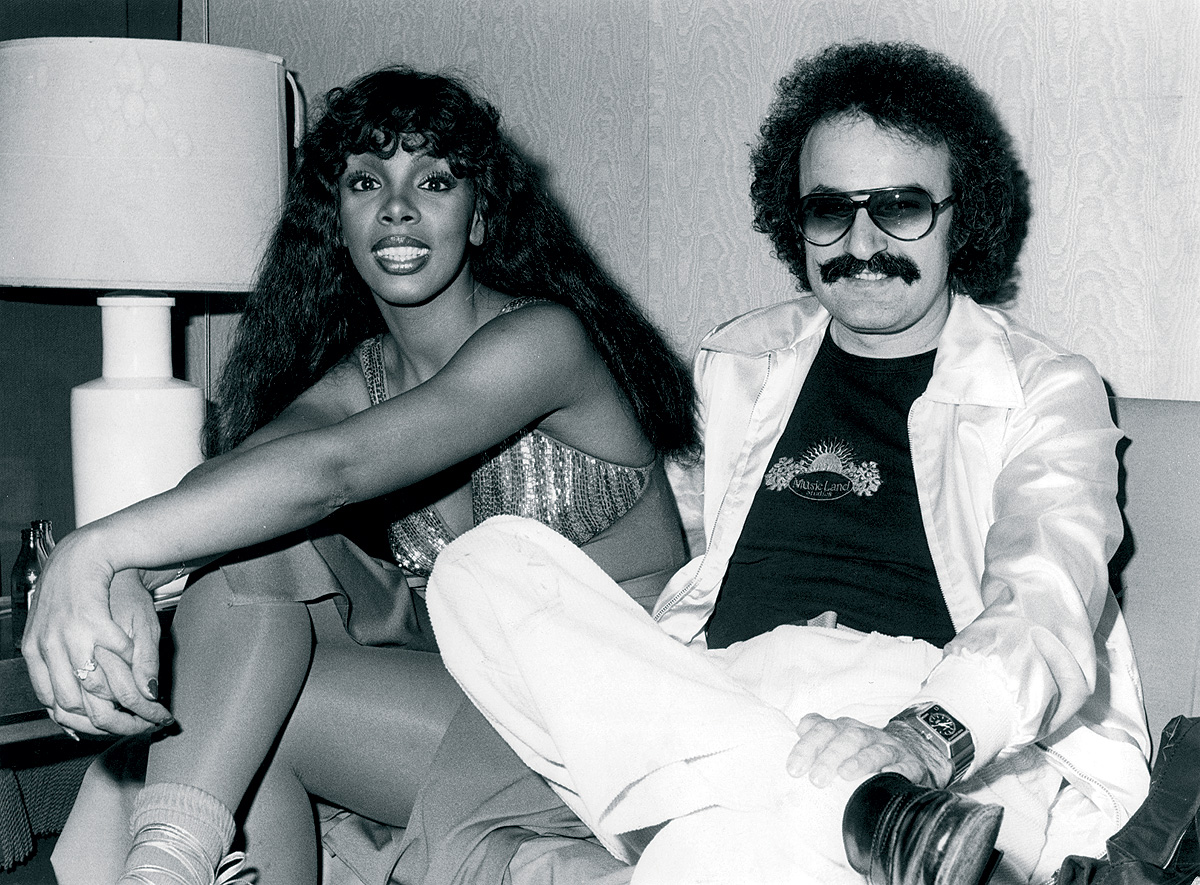