We’ve received a bountiful supply of new entries for the Fact vs Faith in Strange Places contest. Jerry has extended the deadline from Aug. 20 to August 31, so you have eleven more days to get your entries in.  The winner gets a first-printing, hardbound edition of FvF, autographed and, if you like, with a cat drawn in it.  Here are the latest entries, and they’re great! This is going to be a tough one to judge.

Reader Mike Bendzela sent this in.

A Baldwin apple tree in Standish, Maine is pretty incongruous, no?
(Baldwin: triploid, self-infertile, biennial bearer.)
Then there’s the biblical reference…
P. S. I’m actually biting a Gravenstein, not a Baldwin, as Baldwin’s aren’t ready until October. I don’t know what Eve ate.

[Nobody knows, Genesis just refers to it as fruit פֶּ֫רִי and various translations and mis-translations appear to have been responsible for apple becoming synonymous with this story ~ Grania] 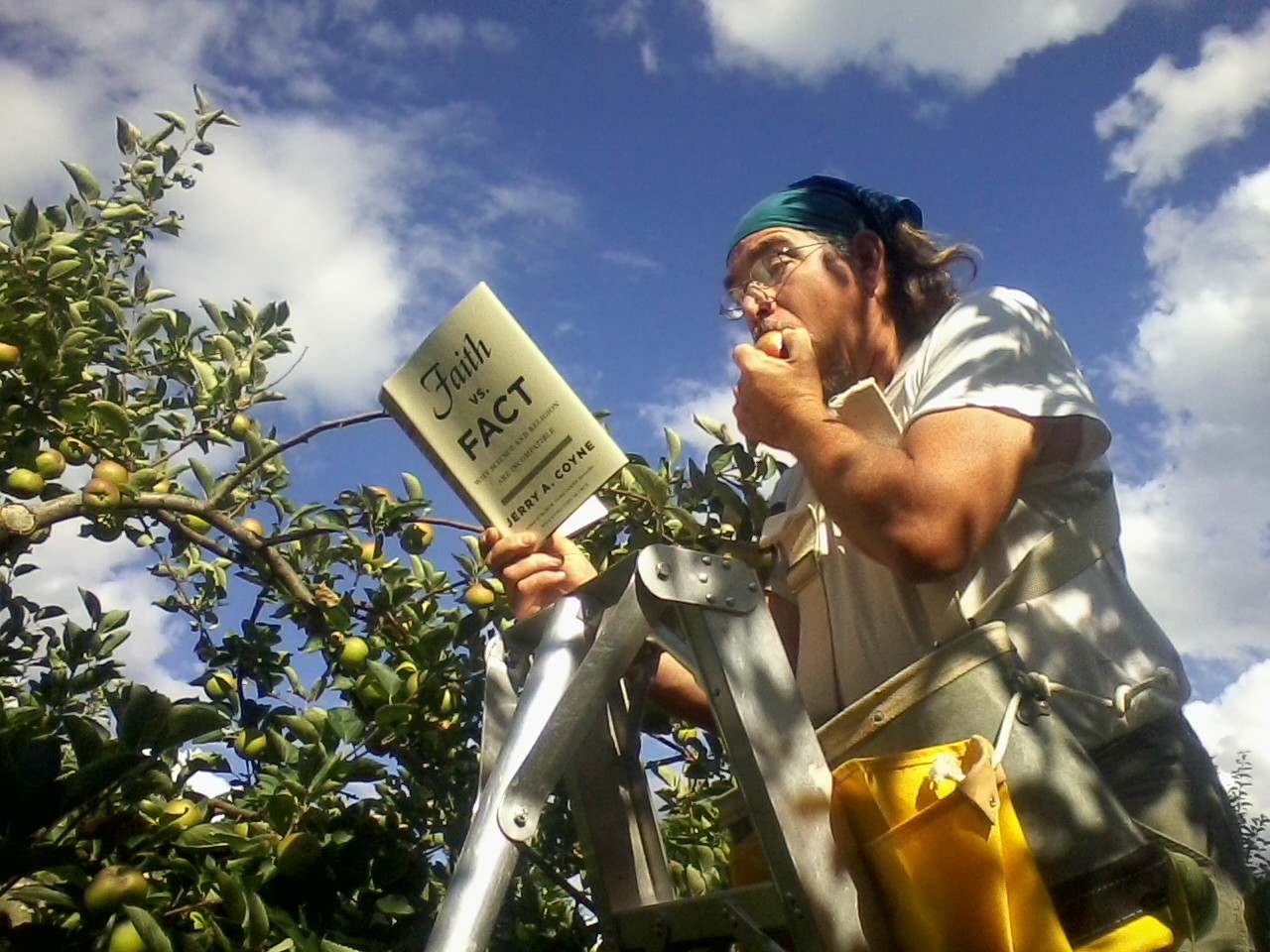 Charlie Jones send us this one saying:

My daughter was inspired to set up this photo. This is the expression I make when thinking. 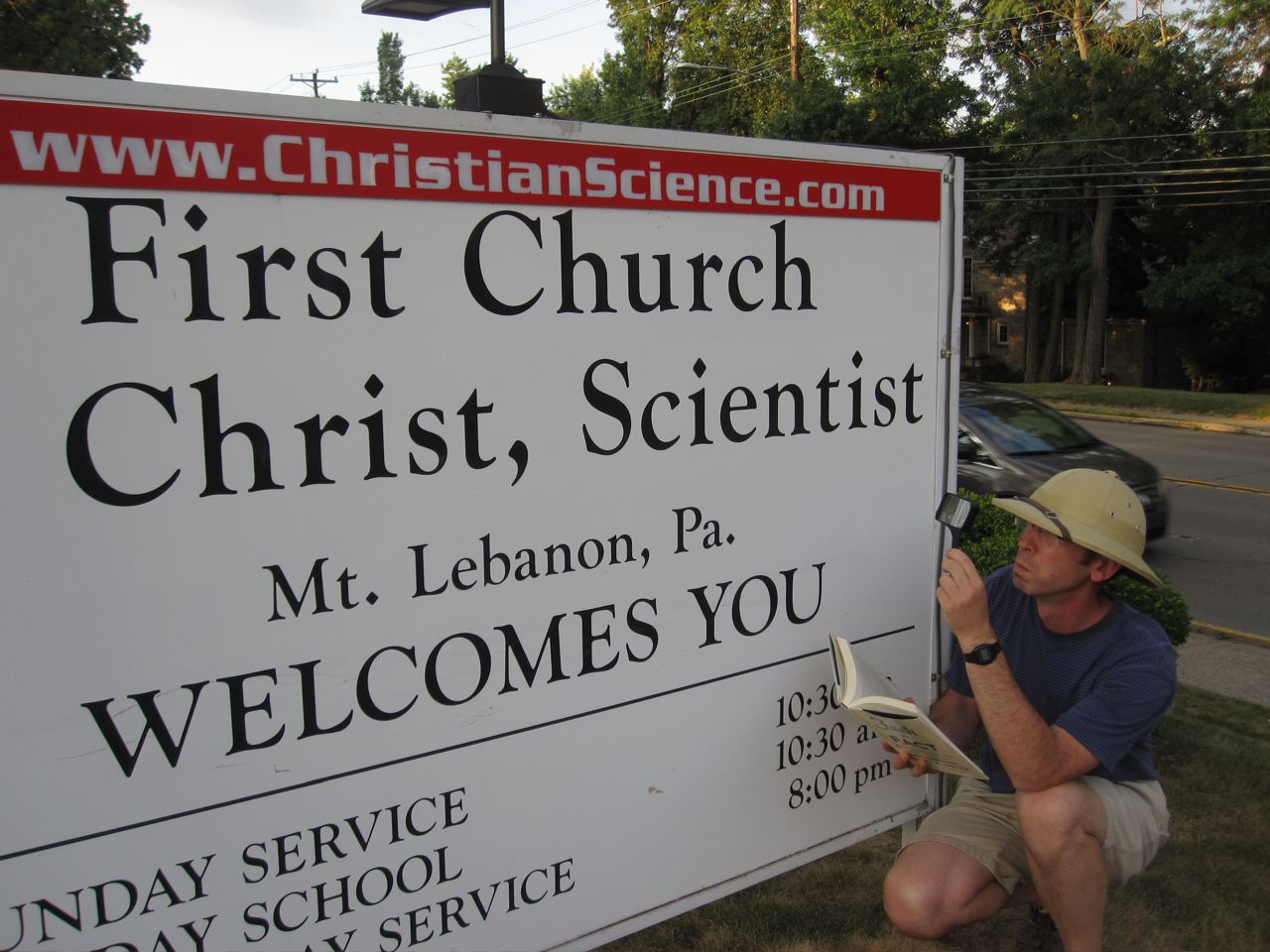 Andrea Kurita sent us some gorgeous photos of a Buddhist temple along with this entry.

I do not intend to submit this photo to the contest because it’s not a selfie (really!). It’s a product of this afternoon’s jaunt to the Saifuku-ji (西福寺) Buddhist temple in Kawaguchi City, Saitama Prefecture, which I thought would amuse you. I composed and shot it with my iPhone, so due to the angle the exposure is poor, alas — my hubby held up my iPad Mini, which came out sharp enough.  [Fear not, Jerry has deemed this Entry-worthy]. 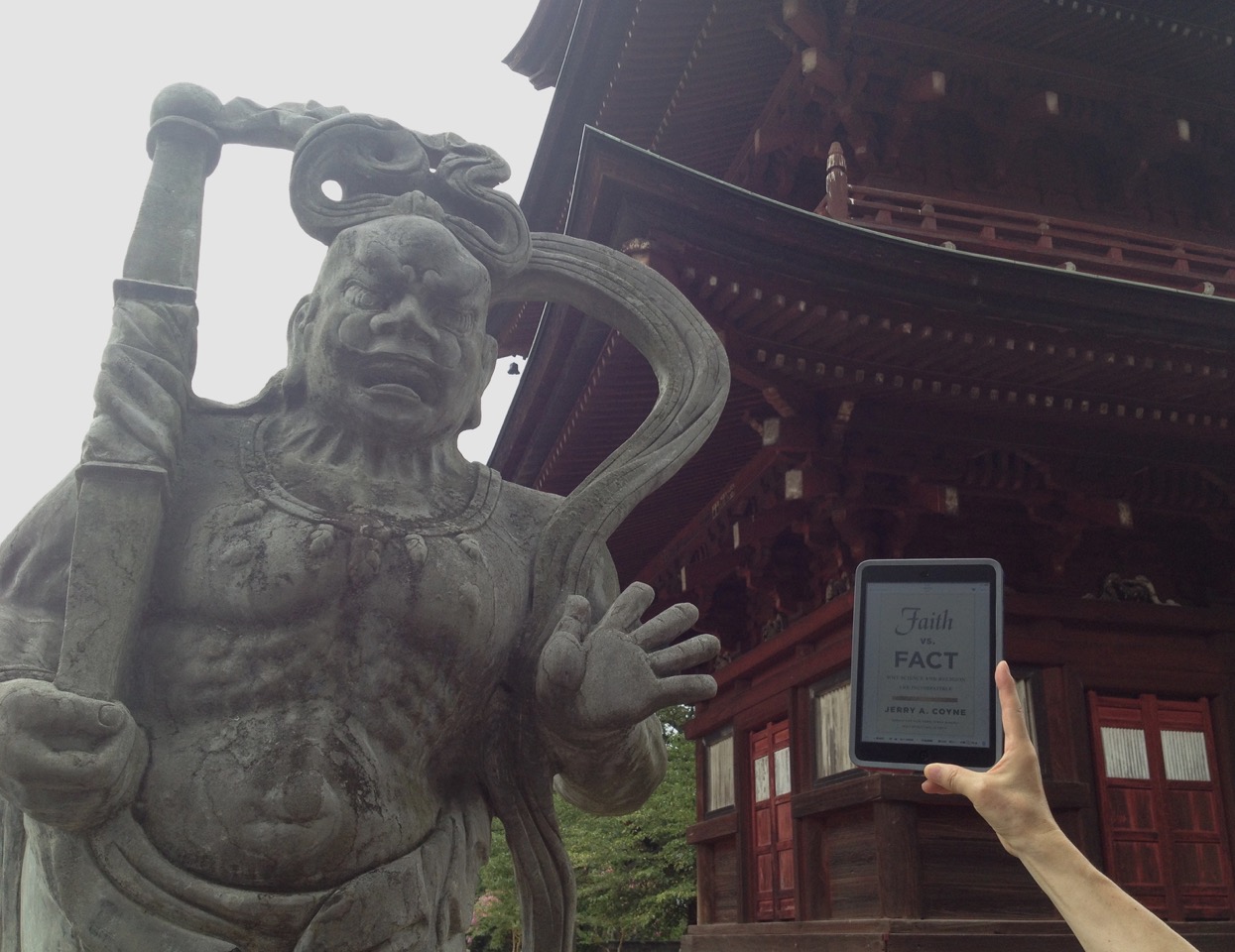 CJ went on a pilgrimage to the source of the book (Jerry’s lab complex).

1) Waiting for a professor at the door of his office/lab to autograph his latest book, looking at a nonexistent watch, knowing school is not in session, and he’s on a book tour (actually on the day you returned from said tour) is incongruous. Also, none of your campus squirrels would come near me or your book, but then I had no noms to entice them.
or
2) I’m a contrarian and this is a complete disregard of the contest rules and I have no chance of winning anything.

PS
Great door mat [JAC: This Mickey Mouse doormat was cut for me by the departmental administrator from leftover carpet that was installed in her office] 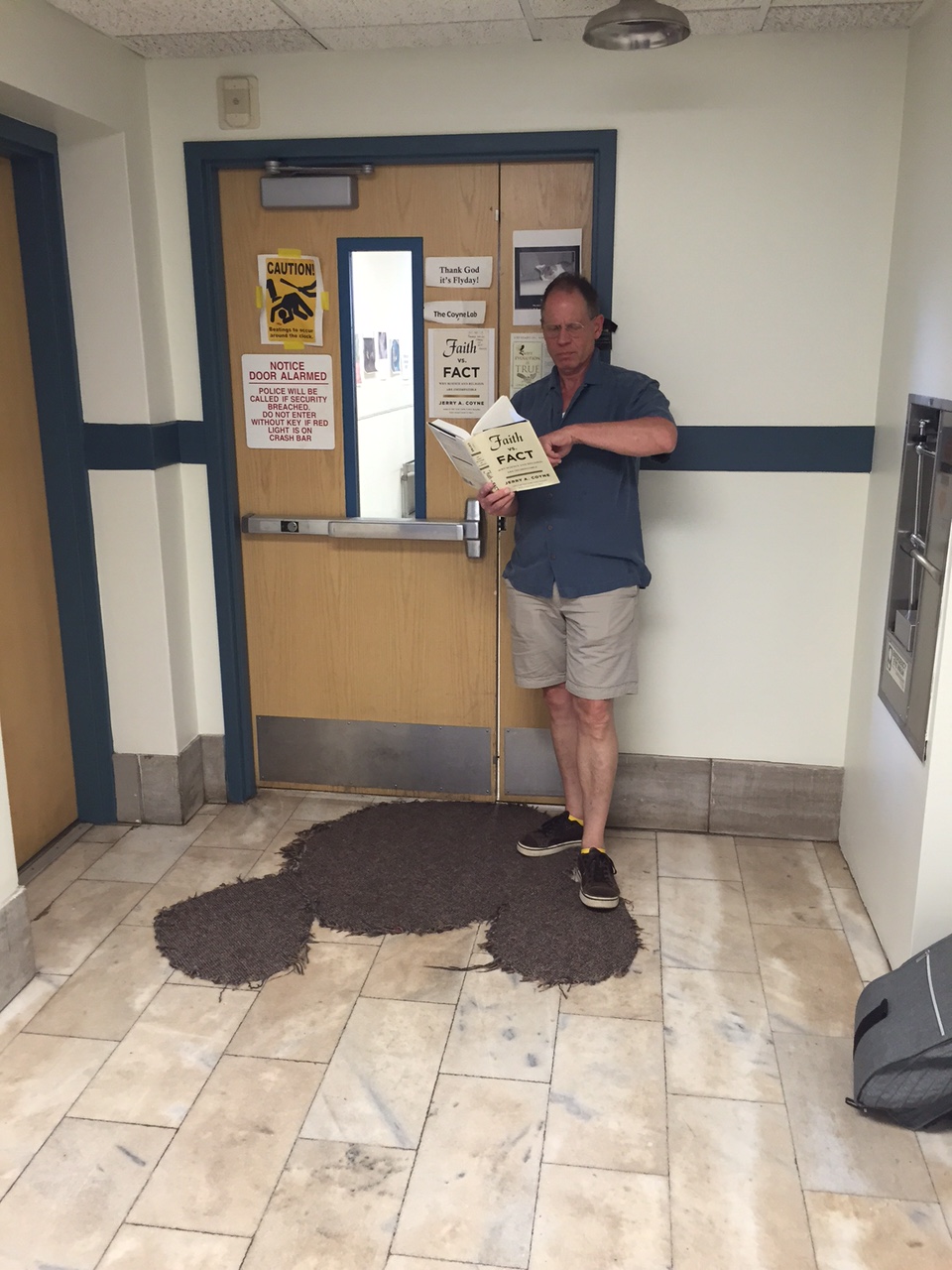 I live about 3 miles from this ‘Exhibit’ (I refuse to call it a Museum). The saddest thing about this place is that when my son & I were there this morning to take the picture, we saw about half a dozen 6-10 years old pile out of a mini-van in the parking lot. 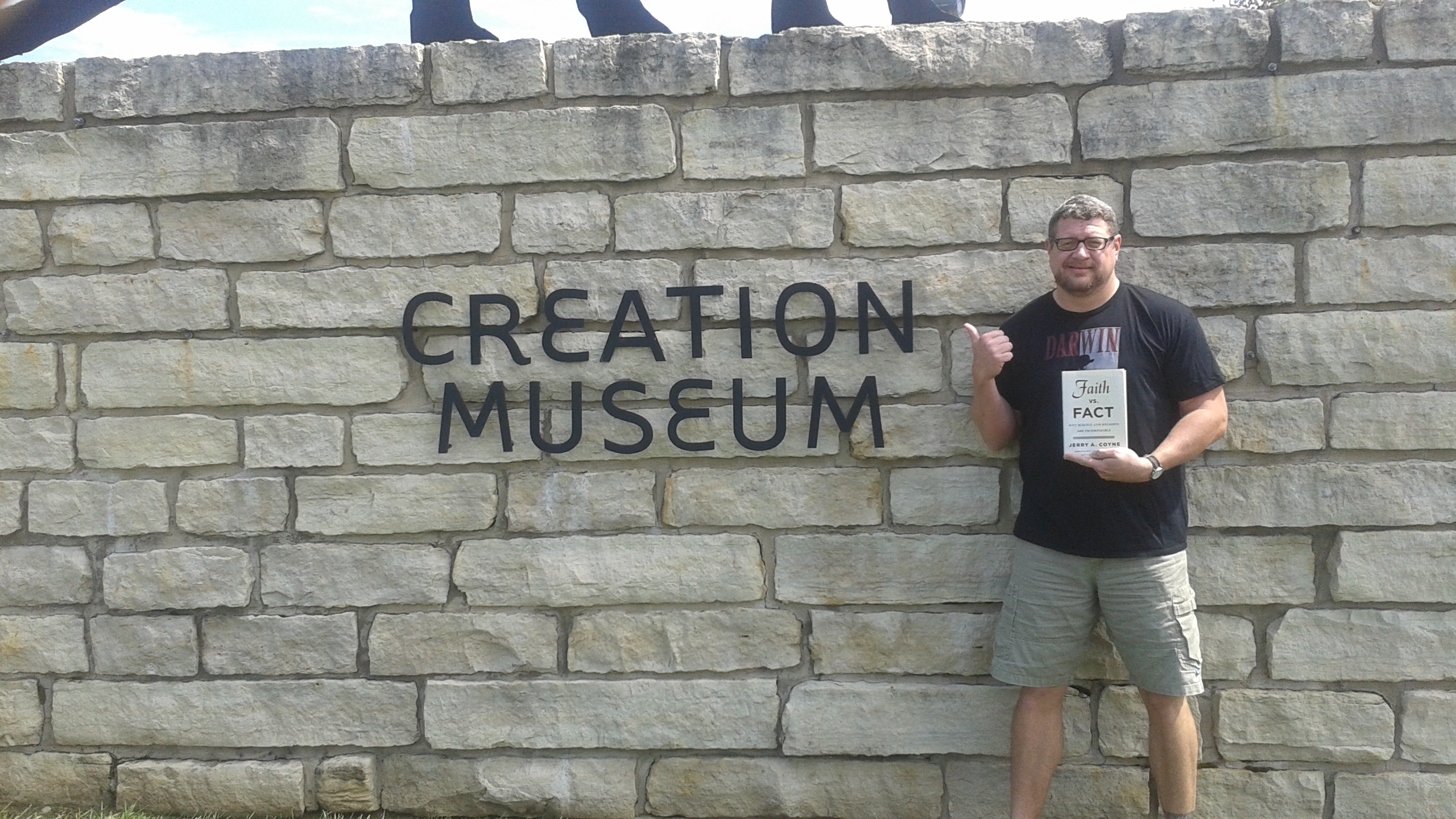 Finally, Peter N submitted his entry with a title WMSSH.

The title is an acronym for “Wise men still seek Him” — transubstantiation and all that!  My copy of FvF is
in fact open to page 83 where you mention that potty idea. 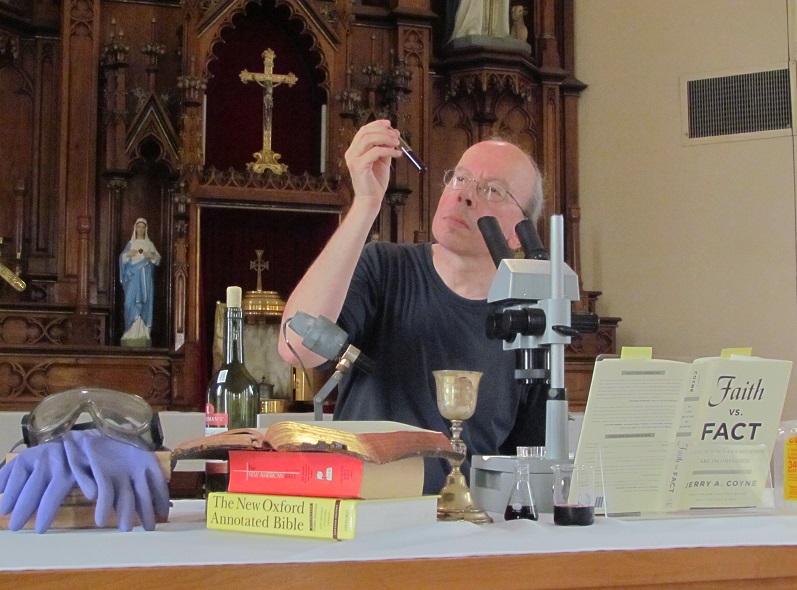