Last night we had a corker of a thunderstorm: the kind you get only in the Midwest.  Rain was pouring down and diffuse lightning, visible not as bolts but as sudden and silent illumination of the sky, occurred constantly. Had it not been the middle of the night, I would have tried to film it. So, it’s Saturday today, which means grocery shopping and an oil change for the CeilingCatMobile. Life goes on. Meanwhile in Dobrzyn, the Inseparable Pair have taken a stroll to the Vistula. Cyrus has now become part of Hili’s staff, as reported by Malgorzata in an email to me yesterday. You should already know that Hili signals her desire to come inside by jumping on the windowsill, which means that a human must go out, remove her from the windowsill, and carry her inside (she won’t deign to enter on her own legs).

A moment ago Cyrus became quite agitated and whined. Of course, we knew why: Hili was on the window sill and we didn’t notice. So, you see, he is taking care of her and serving her to the best of his abilities.

Hili: It’s very beautiful here.
Cyrus: Indeed it is.
Hili: I wonder why other cats don’t come here with their dogs. 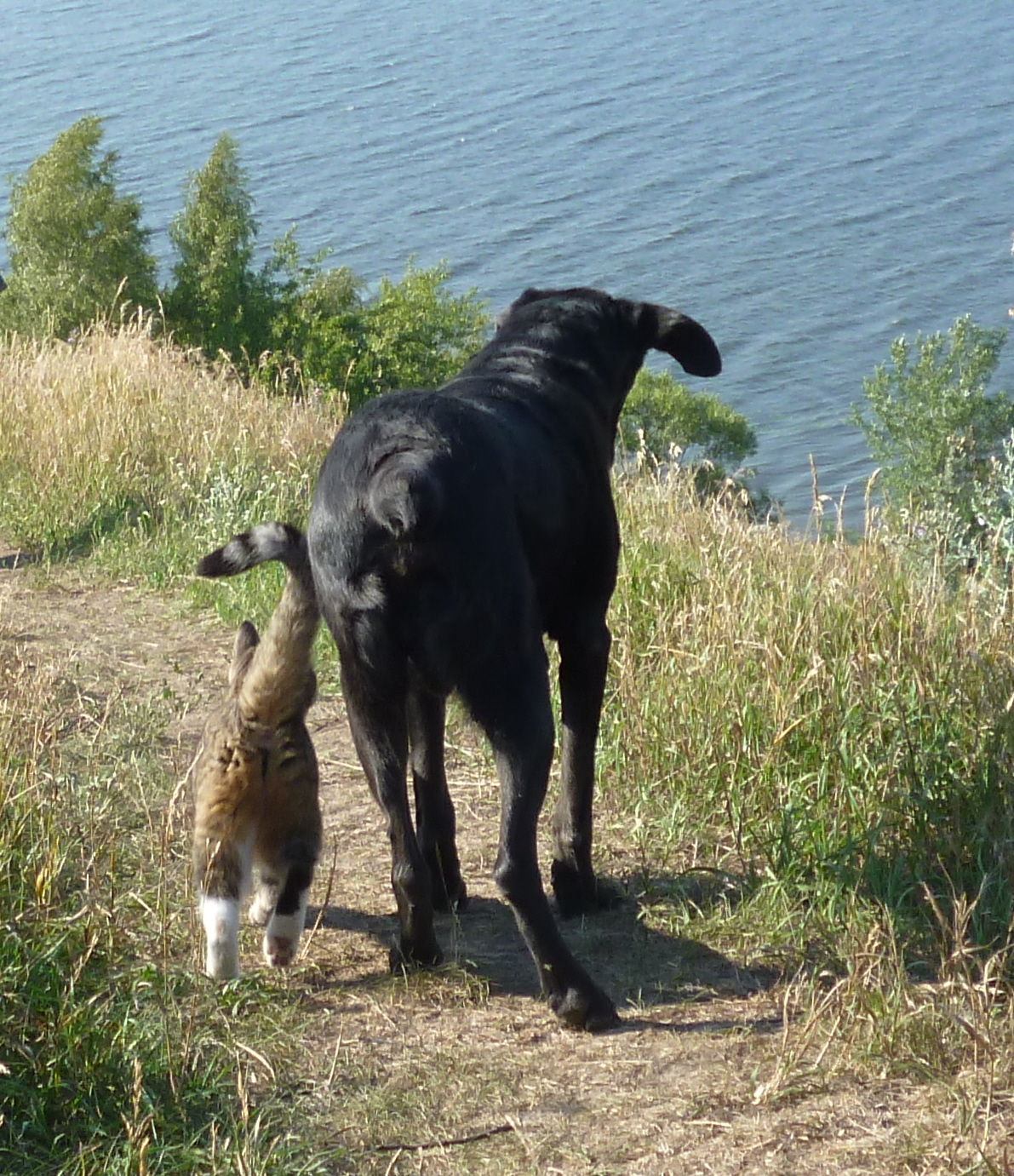