Ceiling Cat (PBUH) has communed with His Emissary on earth and announced the close of the Trump Your Cat contest. Here are a few last entries.

Pauline sent us this note:

This is our skinny, no svelte, black Zelda of 18 years, working the Trump do. At this golden age, she’s still a master mouser.
This photo gig was harder to pull off than I expected.  The first sittings were not to her liking, as she was beyond affronted, and then felt she’d rather tussle with the tassel. However, success! She found the yellow Swiffer dusting pad quite cozy on her head, and even slept with it. A very economical solution for those bad hair days.

Here is Janet doing her “Trump the Cat”.  She has her mouth open and
looks a bit pissed off, just like the other Trump.  She is wearing
shavings from the wood cabinets we are making for our new kitchen. 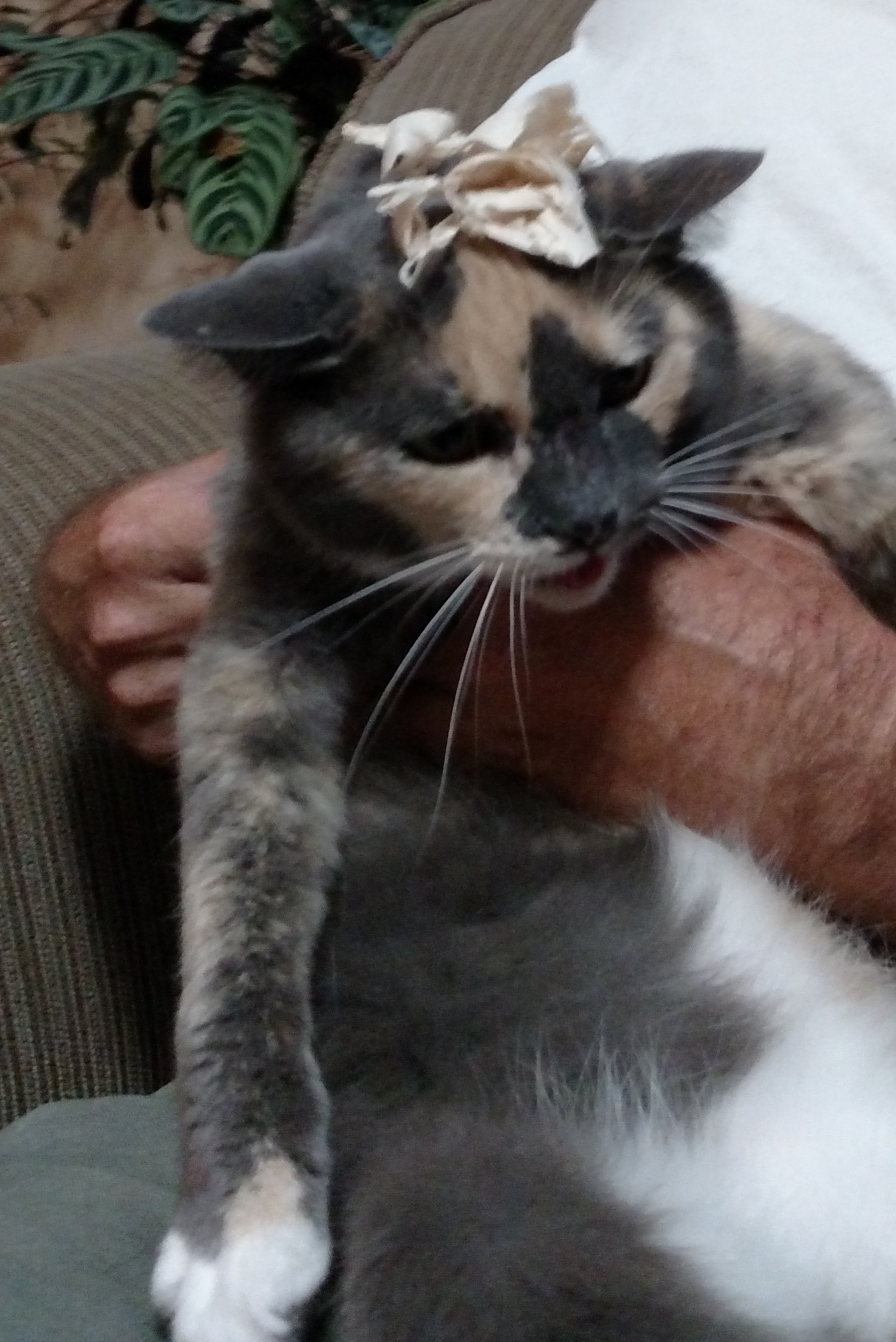 And there’s even an entry from over the pond – Mike Barnes writes: 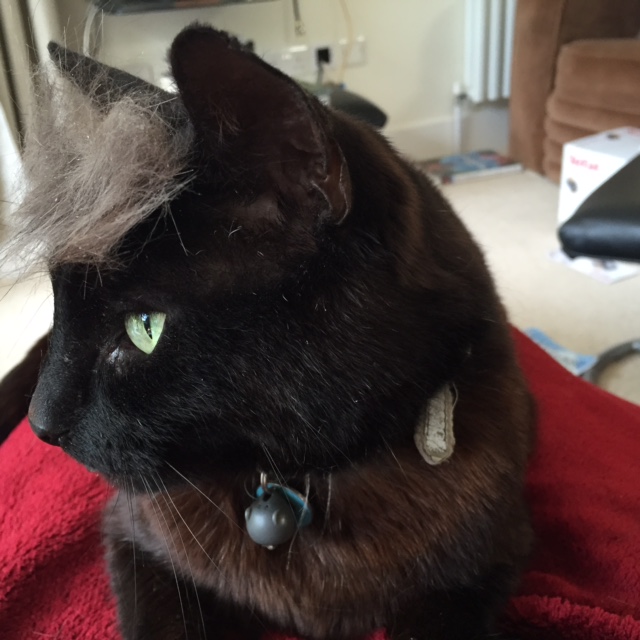 This photo captures the multi-deranged comb-over, the wrinkled brow denoting serious brain power, and the moment just before The Neville fired the new kitten, Fluffer-noodle.
Photo credit: Hannah Jones
P.S. Neville is dumber than a post. 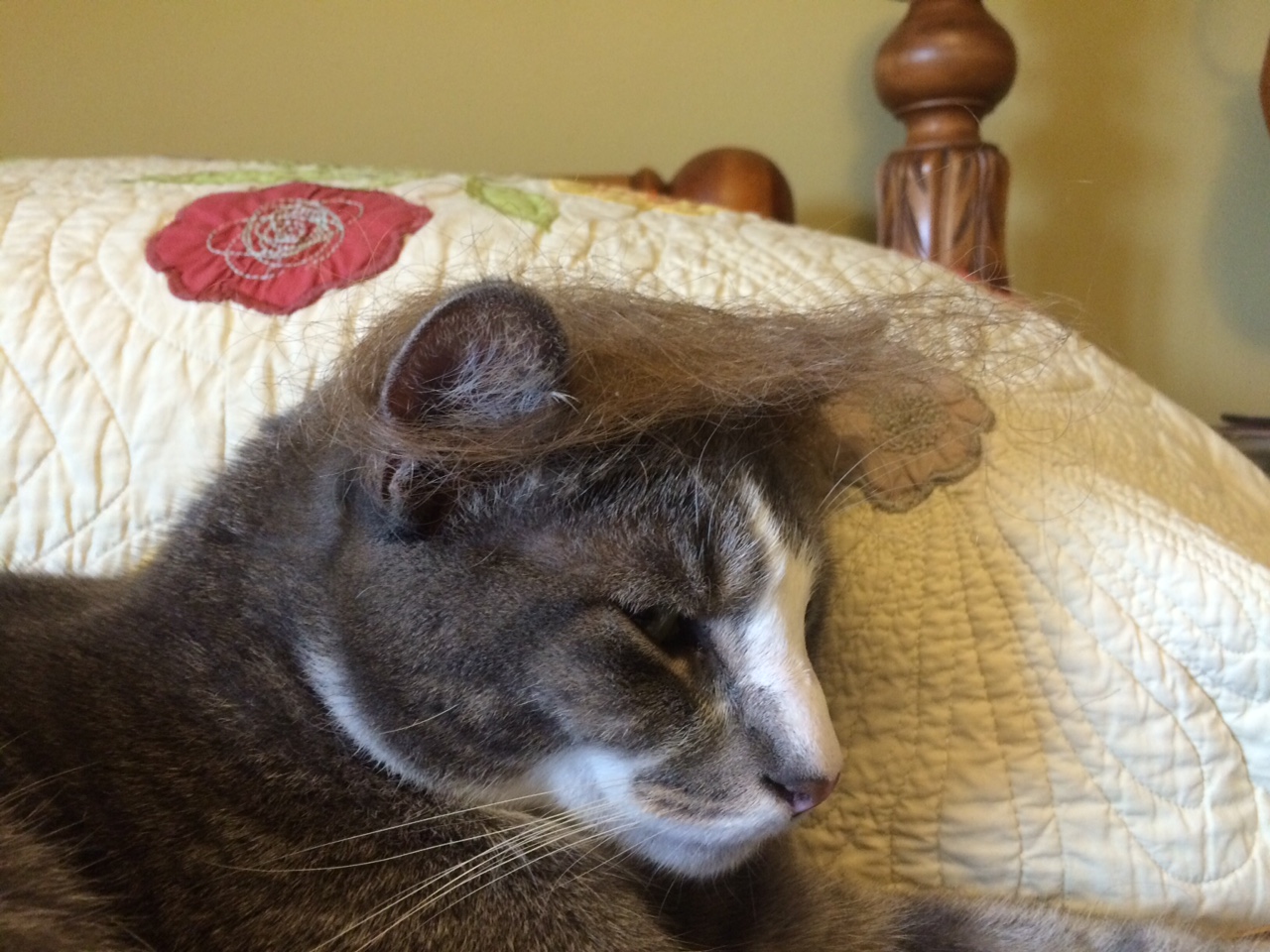 And last under the limbo bar, Randy Schenck who writes:

The Trump victim is Emma, with hair provided by Bumper. 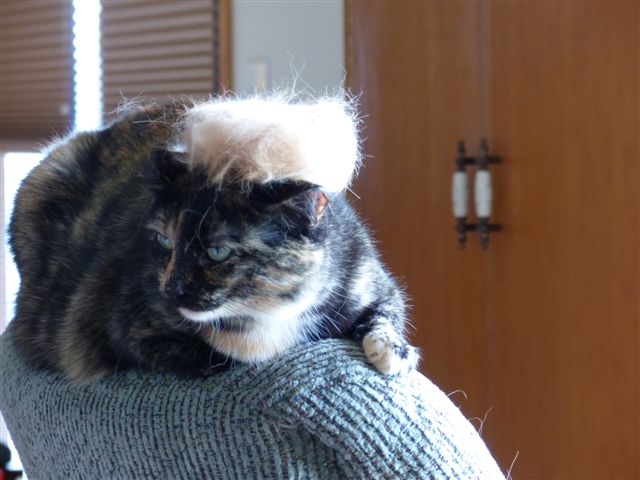 13 thoughts on “The Last Trump”