I suspect a fair number of readers are, or were, Dead-heads. And it’s also probable that many of you will never have knowingly heard a Grateful Dead song. Either way, here’s a treat. The Dead have just completed their final concert, 50 years on. In the words of one of their best-known songs, what a long strange trip it’s been…

To mark the Dead bowing out, Playing for Change (“a multimedia movement created to inspire, connect, and bring peace to the world through music”) has released this loving, lyrical and globally multi-musician version of “Ripple”, a beautiful song from the Dead’s 1970 album “American Beauty” which continued the country-influenced sound of the preceding album, “Workingman’s Dead“, which was released a mere four months earlier. Both LPs contrasted with the extended psychedelic jams that they had been know for, although in fact there was a real continuity. Anyway, here’s the music:

Here’s the lovely cover of American Beauty, by Mouse-Kelley Studios. I still have my vinyl LP copy somewhere. The tiny CD version of the cover doesn’t do it justice. 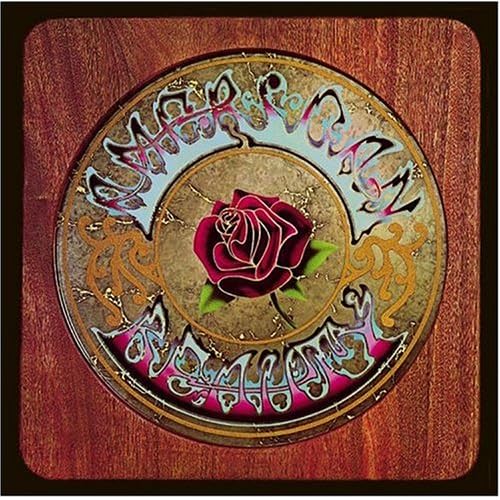 27 thoughts on “Vale, the Grateful Dead after 50 years: a global version of ‘Ripple’”