This is a testimony to the tenacity of human endeavor born of curiosity.

Below is Hieronymous Bosch’s great, great painting, “The Garden of Earthly Delights,” which I had the pleasure of seeing (with no other gawkers around) when I visited the Prado about a year and a half ago. It was painted between 1490 and 1510. While the work clearly deals with themes of divine paradise and damnation, the interpretation of its many bizarre symbols has defied experts for centuries. But it remains a favorite of stoners and connoisseurs of the bizarre. 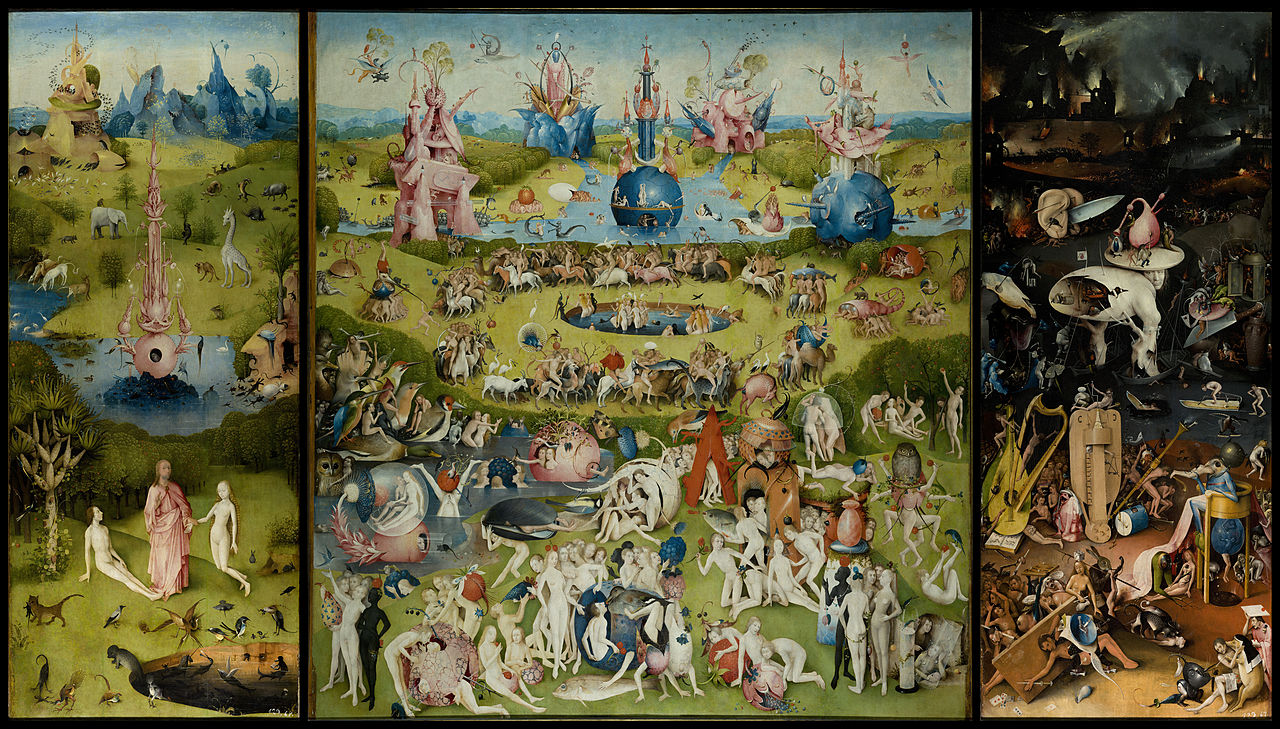 If you look at the right-hand panel that depicts Hell, you’ll see what looks like a lute about a third of the way up on the left side. Enlarged, it looks like this: 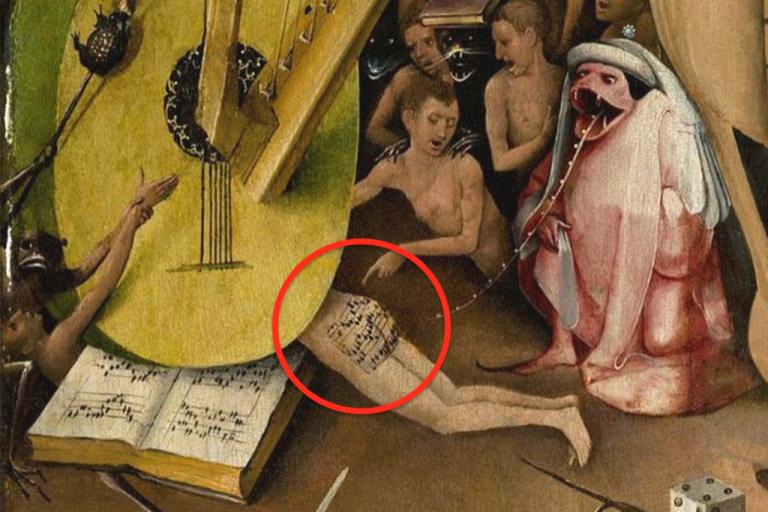 As the Global Post reports, you can clearly see a song on the guy’s rump, and it can actually be played:

This original contribution to human knowledge comes from Amelia, a music and information systems double major at Oklahoma Christian University. She also likes to blog about nerd things, for which we’re eternally grateful.

Late one night, Amelia and her friend Luke were examining The Garden of Earthly Delights, the surreal triptych by Hieronymus Bosch, when they discovered something amazing:

“…music written upon the posterior of one of the many tortured denizens of the rightmost panel of the painting which is intended to represent Hell.”

After she stopped laughing, Amelia decided to transcribe the notes and record the song based on what she knew of Gregorian-era chants. Here’s the result:

But wait—there’s more. The writer of the website The Well Manicured Man, named Will, has turned the Butt Song into a full choral work. Click on the screenshot below to go to the page and hear it: 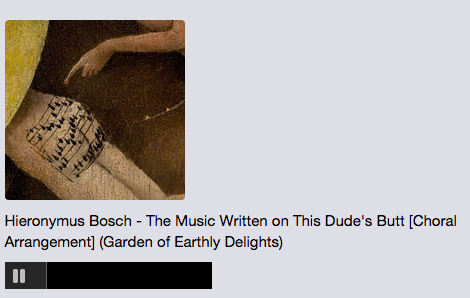 Here are the lyrics:

this is the butt song from hell

we sing from our asses while burning in purgatory

the butt song from hell

the butt song from hell

Those sound like lyrics that Bosch could have written.

Music lovers and aficionados: what do you think of the composition?