We have moar hippos today, this time from reader Richard Bond:

I am not sure that these hippo (Hippopotamus amphibius) photographs are up to Bob Lundgren’s standard (WEIT 23/05/15), but, after his and your encouragement, here they are anyway.

The first three were taken in the Masai Mara [Kenya]. We were standing on a bank above the Talek river (a small tributary of the Mara river of gnu migration fame) which forms part of the north-eastern border of the reserve. Hippos are susceptible to sunburn, so during the dry season they tend to spend most of the day under water. Typically, in a pool perhaps 25 x 10 metres, all we could see for about fifteen minutes was an occasional head surfacing for breath. Suddenly, two hippos had a row and 30-40 heads shot above the surface to see what was happening. I like the way in which the bottom left hippo in the third photograph is slyly inspecting us. 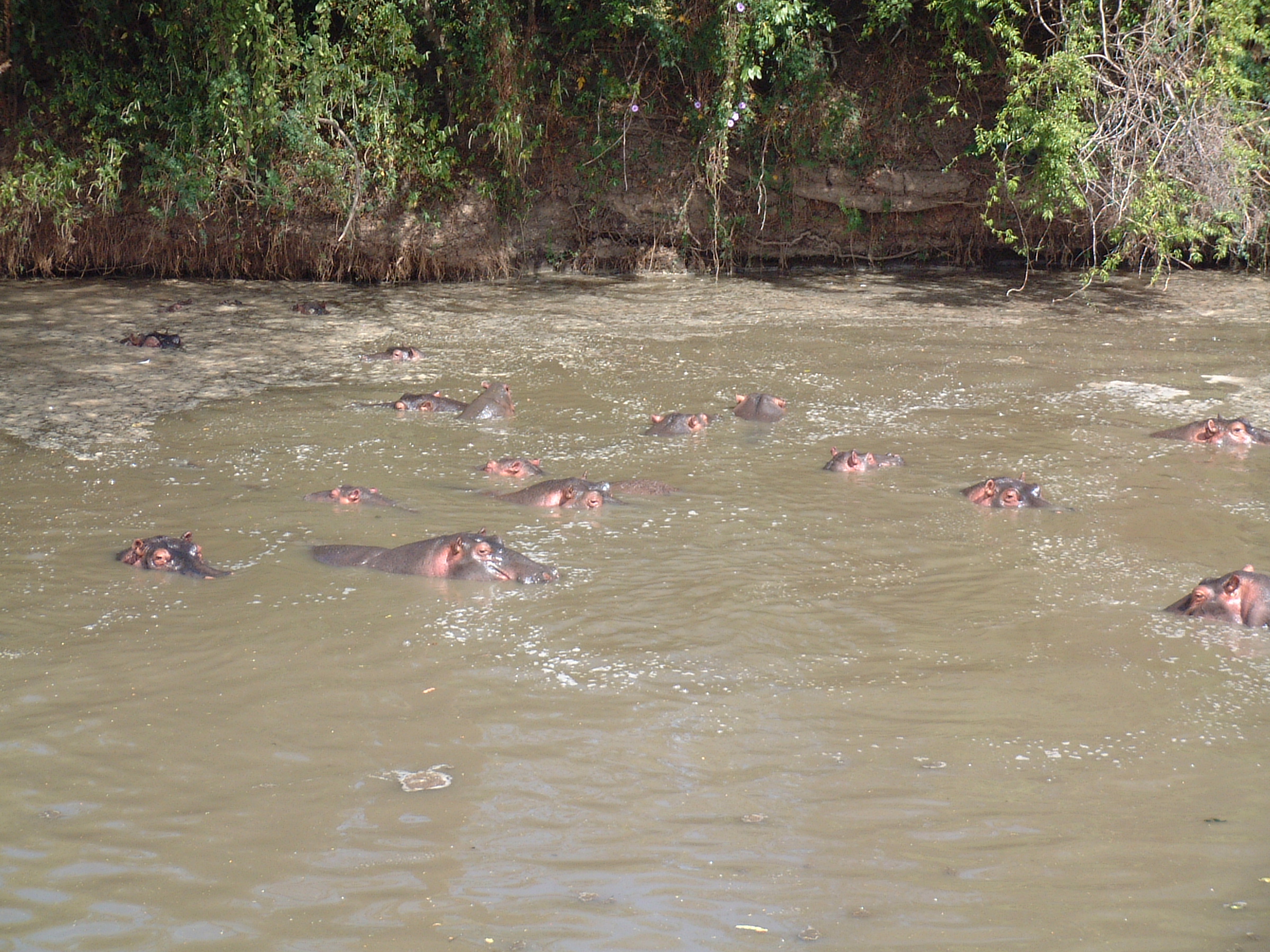 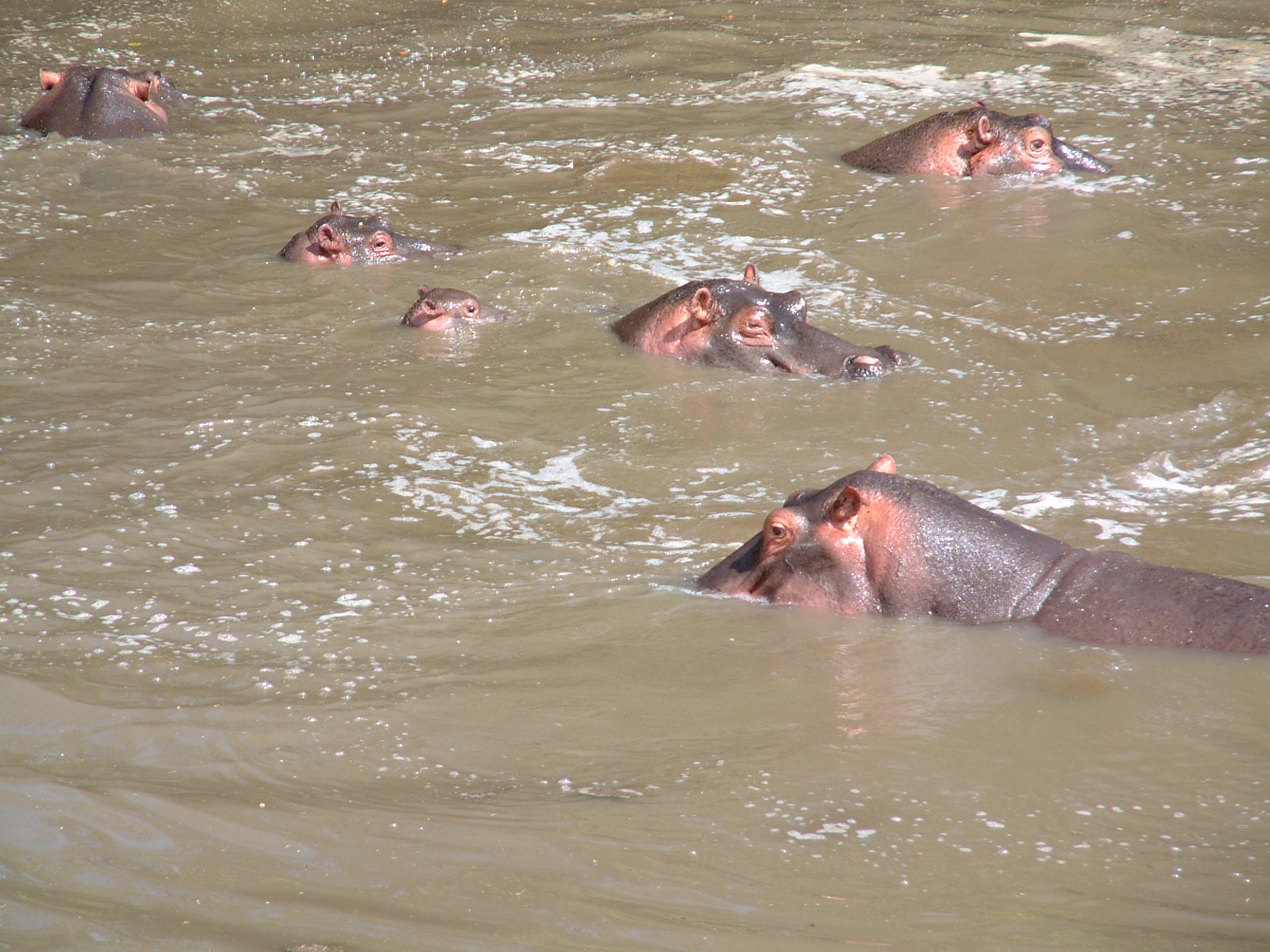 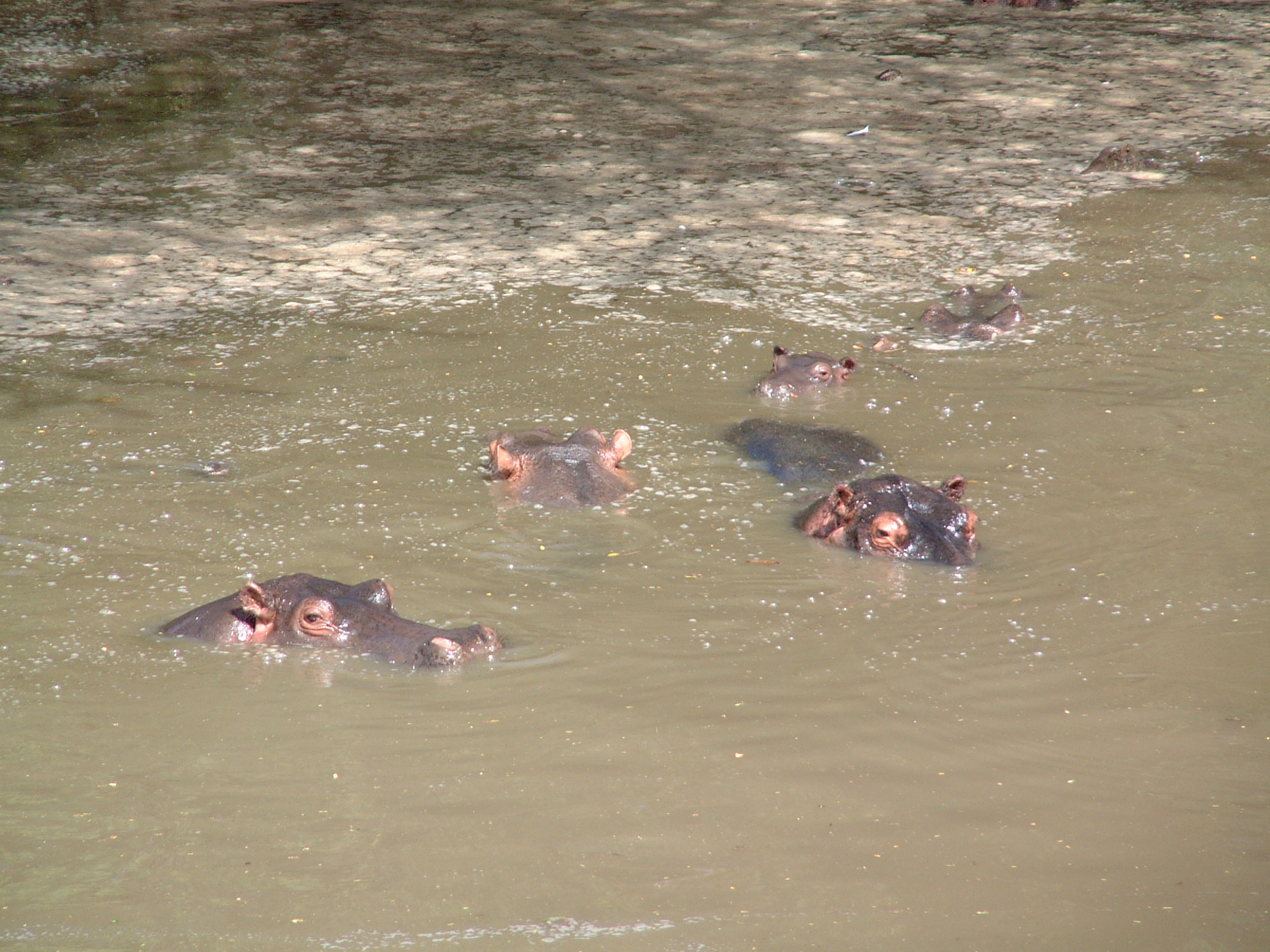 The fourth photo is not very good, and you might not want to use it, but there is a story behind it. We stopped right on the edge of a small lake in the Nairobi National Park, and a hippo surfaced some way out, looked at us, then submerged. For a minute or so we could see a slight trail of bubbles and small eddies on the surface heading our way, then the head popped up to stare at us again. This was repeated a few more times; it was quite eerie, and a bit intimidating in its purposeful approach. That is why the photo is rather poor: it was taken through the car windscreen, because I had no intention of getting out! 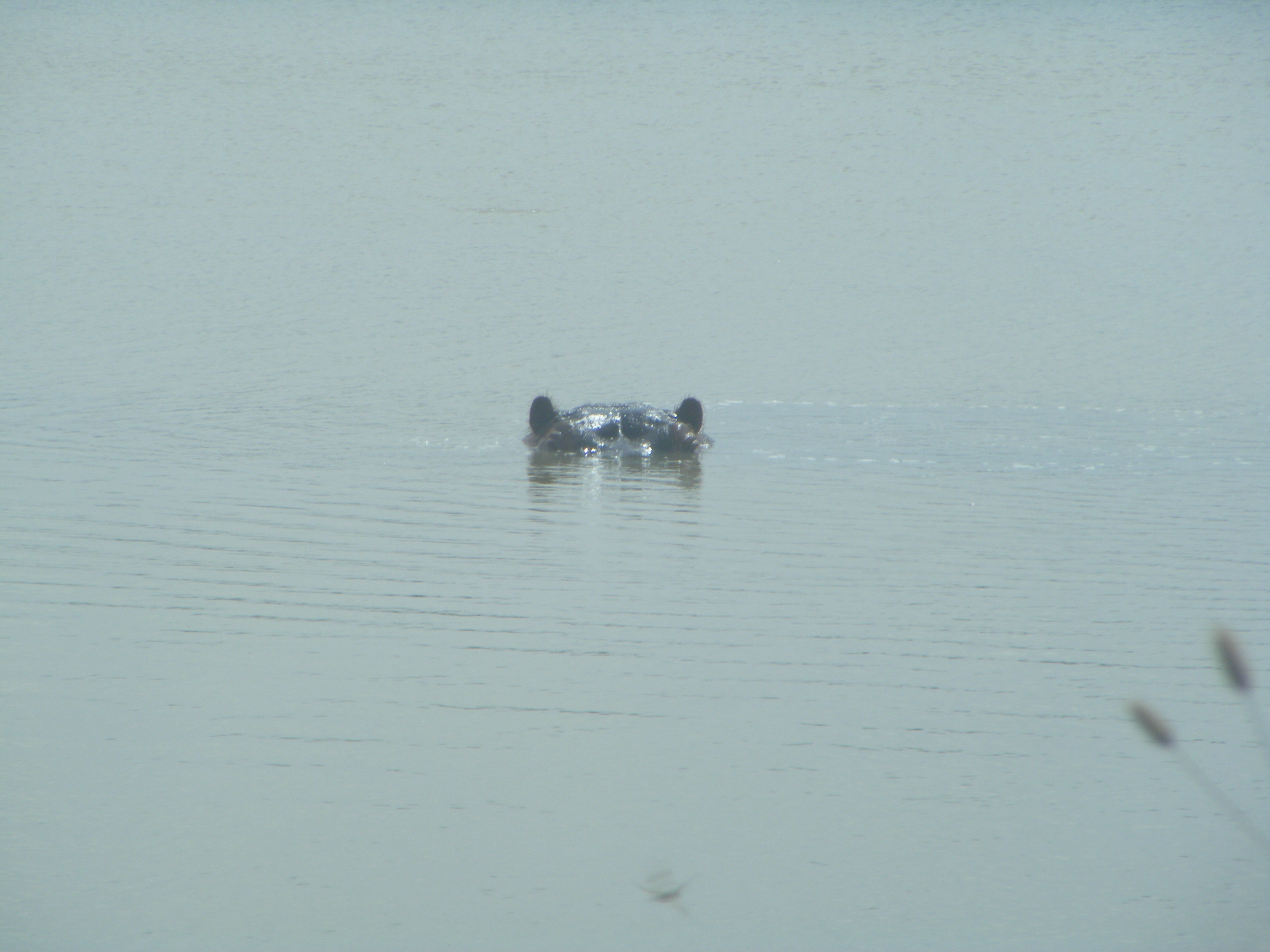 Most people on holiday visit Kenya in the dry season, when the most reliable way to see hippos out of the water is at Haller Park, just north of Mombasa. (Wikipedia has a good article about the history of this park.) The park has several functions, one of which is to provide a temporary or permanent home, as appropriate, for rescued animals. The male and female in photos 5 and 6 were “rescued” from zoos in Europe. While not in a totally natural environment (they cannot roam long distances) they seem do do well. They have about a ten hectare enclosure with a lake of nearly one hectare, and, of course, their natural climate. The park attracts plenty of other wildlife, and the handsome bird in the foreground of photo 6 is a grey crowned crane (Balearica regulorum gibbericeps). 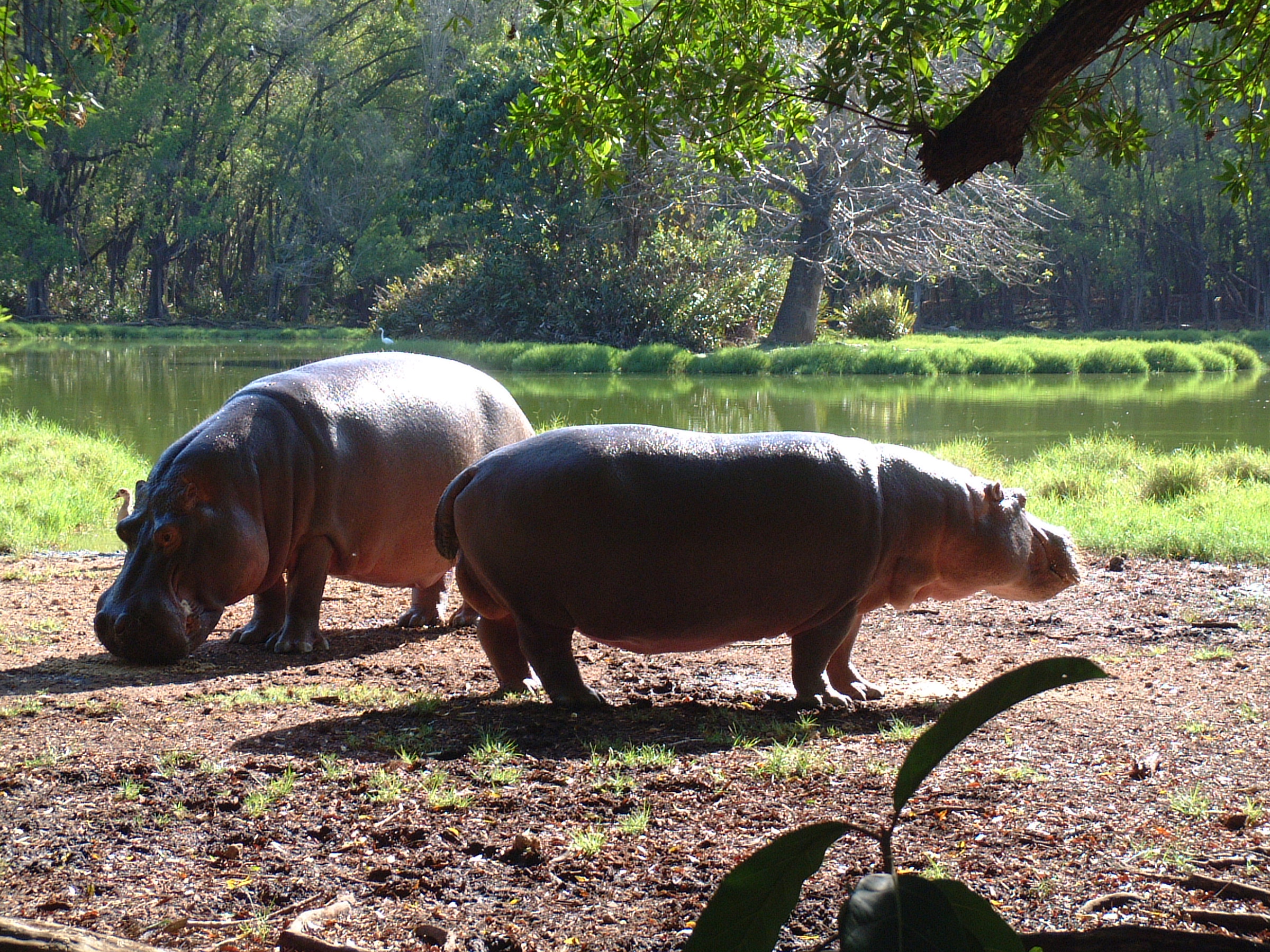 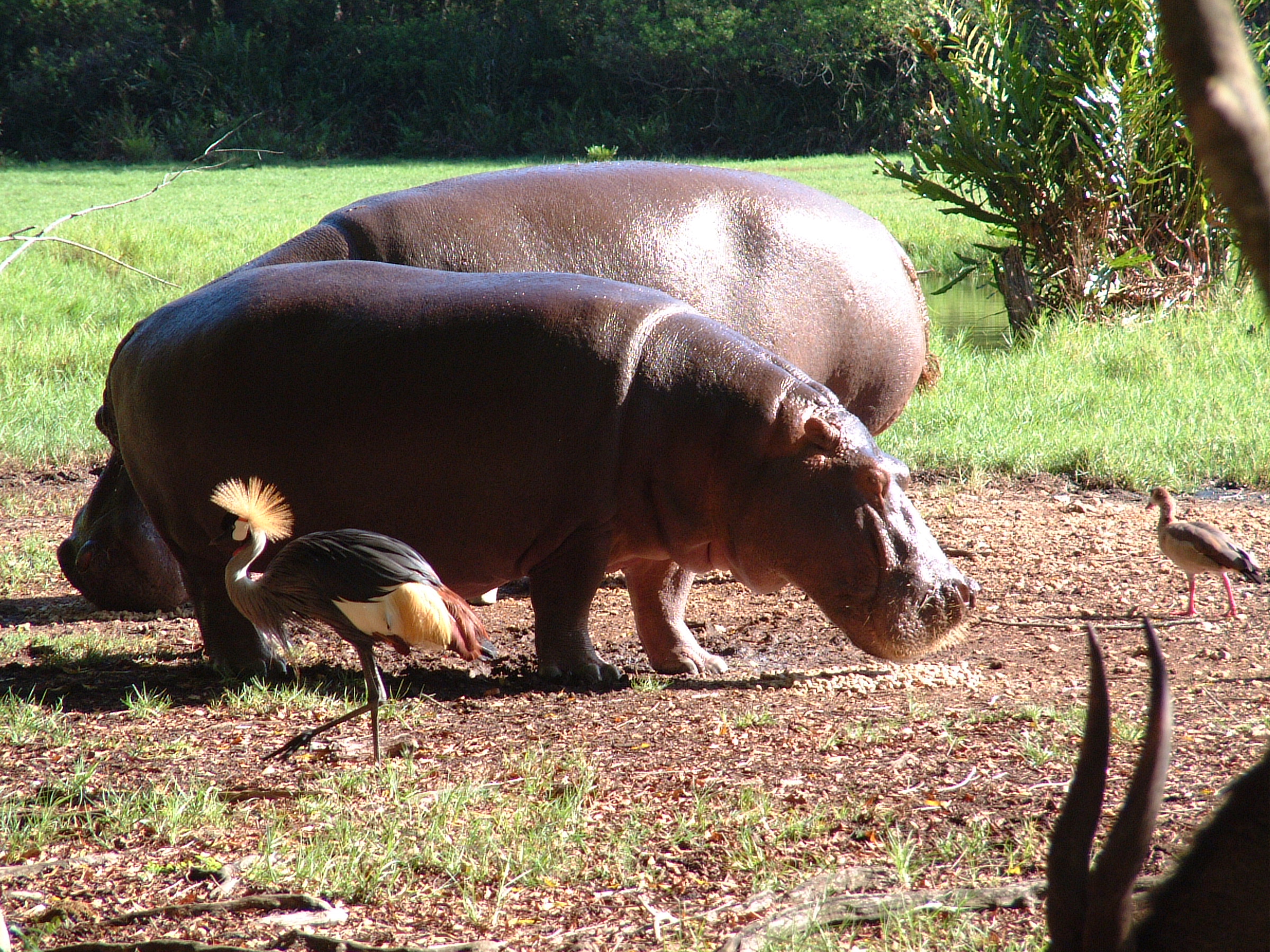 I am somewhat confused about the subject of photo 7. At the time (April 2005) we were told by a park guide that she and her parents were victims of the 2004 tsunami, found on a beach after being washed down the Galana river. The parents could not be rescued. However, most of the online references mention a young male, found alone on a reef after the tsunami. I doubt that the guide was wrong; perhaps two were rescued, and the male gets all the attention because of his celebrated bonding with a giant tortoise. Anyway, one interesting thing is how pink she is compared with adults. 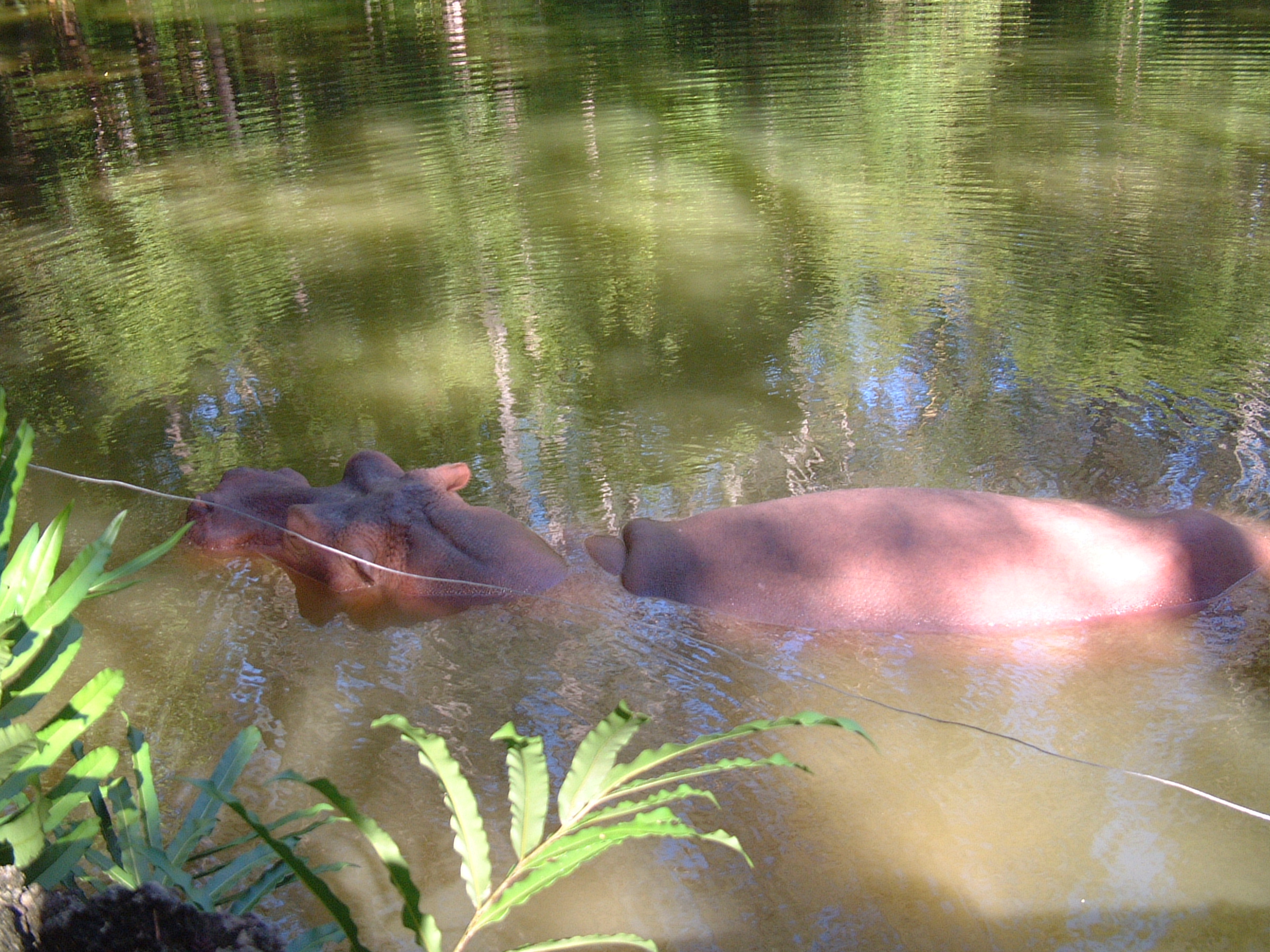 And a lagniappe cardinal from reader Jeremy Frost:

Here’s a picture of Cardinalis cardinalis, the Northern Cardinal. I took this outside my home in Hamilton, Ontario, Canada. The little fella has made this particular spot his morning song perch. His volume is impressive (and somewhat grating!). 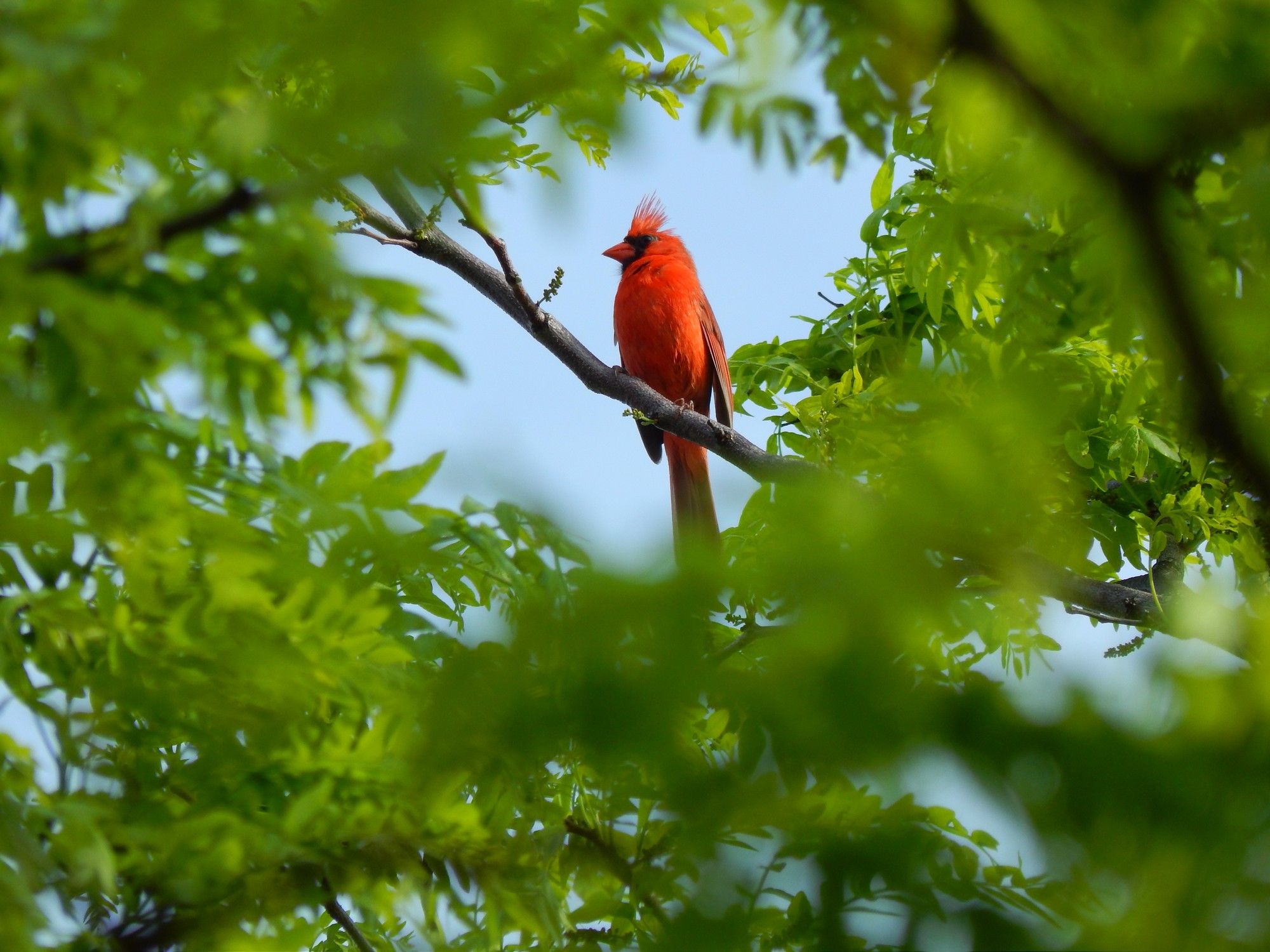