Paleontologist Simon Conway Morris has a new book on science coming out, coincidentally, on the same day as mine, and I’m sure that his has religious overtones. The book is called Runes of Evolution: How the Universe Became Self Aware, and, predictably, is published by Templeton Press. Templeton simply laps up books like this. Here’s part of the publisher’s summary:

How did human beings acquire imaginations that can conjure up untrue possibilities? How did the Universe become self-aware? In The Runes of Evolution, Simon Conway Morris revitalizes the study of evolution from the perspective of convergence, providing us with compelling new evidence to support the mounting scientific view that the history of life is far more predictable than once thought.

A leading evolutionary biologist at the University of Cambridge, Conway Morris came into international prominence for his work on the Cambrian explosion (especially fossils of the Burgess Shale) and evolutionary convergence, which is the process whereby organisms not closely related (not monophyletic), independently evolve similar traits as a result of having to adapt to similar environments or ecological niches.

In The Runes of Evolution, he illustrates how the ubiquity of convergence hints at an underlying framework whereby many outcomes, not least brains and intelligence, are virtually guaranteed on any Earth-like planet. Conway Morris also emphasizes how much of the complexity of advanced biological systems is inherent in microbial forms.

This isn’t new stuff at all: Conway Morris has been banging the humans-are-inevitable drum for years—at length in his earlier book Life’s Solution: Inevitable Humans in a Lonely Universe (a book that I read).  Here he uses the idea of evolutionary convergence—independent lineages hitting on the same evolutionary solution—to promote the idea that the evolution of humans, or a big-brained, God-worshipping creature like humans, was inevitable. I’ve gone over the problems with this argument before (see here and here, for instance), and reprise them again in Faith versus Fact. The problems are twofold:

1. Convergence does tell us that, to some extent, niches exist in nature to which animals must adapt. That is, contra “niche construction theory,” in some cases organisms must simply adapt to the physical environment and cannot just create their own environments through their own activities (viz. beaver dams). Ichthyosaurs, porpoises, and fish all independently evolved a fusiform shape, for when you live in water and want to move fast, that shape is adaptive. Ditto for the remarkable convergences between many Australian marsupials and unrelated placental mammals, something I recount in WEIT. Arctic mammals often are white or turn white in winter to hide themselves from predators or prey, for they can’t make themselves a non-white environment in the Arctic.

But the human brain and its unique capacities extolled by Conway Morris are not convergent with anything! Our mental abilities, which include language, are a one-off, like the evolution of the feather and the elephant’s trunk. Therefore, they give not an iota of evidence for a pre-existing “intelligence niche” to which some lineage inevitably had to adapt. The convergence argument has NO BEARING on whether human evolution was inevitable.

2. If you’re a determinist like me, you might think that, since all evolution must obey the laws of physics, in that sense human evolution was inevitable from the time that life first began. (When we say that evolution is “contingent,” as Steve Gould did, that doesn’t mean that it was “not determined.” All it means is that we don’t know enough to predict it. It’s likely that the asteroid that ended the reign of the dinosaurs was predictable from the principles of physics, and thus wasn’t really “contingent.” Gould didn’t think deeply enough, I suspect, about what he meant by “contingent.”)

That’s all well and good, but there may well have been unpredictable—fundamentally unpredictable—aspects of evolution that would make it non-deterministic. The most important ones are quantum processes. There are two that might have been relevant to human evolution.

First, I’m told by physicists that quantum processes were important around the time of the Big Bang, and thus there was no guarantee that our Solar System, or our Earth, was inherent in the Big Bang. If that’s the case, then life on Earth, and its niches, were not determined either. And that means that human evolution wasn’t determined, at least on Earth. Now maybe there’s life on some other planets, but did those planets also have niches for “big-brained God-loving creatures”? Besides, theists emphasize that life was inevitable not just somewhere in the Universe, but on Earth, ergo Jesus was inevitable. After all, the Bible doesn’t describe what happened on Tralfamadore.

Second, it may well be true that the fuel for evolution—mutations—arise by quantum processes, like the hitting of DNA by cosmic rays or other particles, or simply failures in base-pairing militated by quantum-mechanical processes. If these mutations are fundamentally nondeterministic, then so is their product—evolution (including humans).

To me, the question of whether humans or something like them were inevitable in evolution can be answered only like this: “We don’t know for sure, but there’s room for doubt.” Conway Morris cannot make a credible argument to overcome that.B

But the reason Conway Morris does make that argument is palpably clear, and only the obtuse don’t see it. It’s because he’s a devout Christian. Therefore he’s trying to support the Christian view that God created humans, albeit through the tortuous process of evolution, and so the appearance of humans or “humanoids” was inevitable. We are, after all, said to be made in “God’s image.” Were that so, God could not have left the appearance of God-like creatures to pure chance. We are a God-designed feature of evolution: in fact, its ultimate product.

Now I haven’t read this new book, but based on the publisher’s summary I suspect it makes the same old flawed arguments based on “convergence” and “pre-existing niches.” If that’s the case, then Conway Morris is engaged in the time-honored religious practice of natural theology: using observations from nature to prove the existence of God and discern his nature. As he has done before, he’s misusing science to fulfill to his emotional requirement for a human-creating God.  Sadly, science really doesn’t tell us that the evolution of God-like creatures was inevitable.

It’s sad that a guy as smart as Conway Morris has let his science be dictated by his faith, and even sadder that he uses his cachet as a famous paleobiologist to foist misguided scientific conclusions on the public. At least my book, coming out the same day as his, contains the palliative to his emetic. 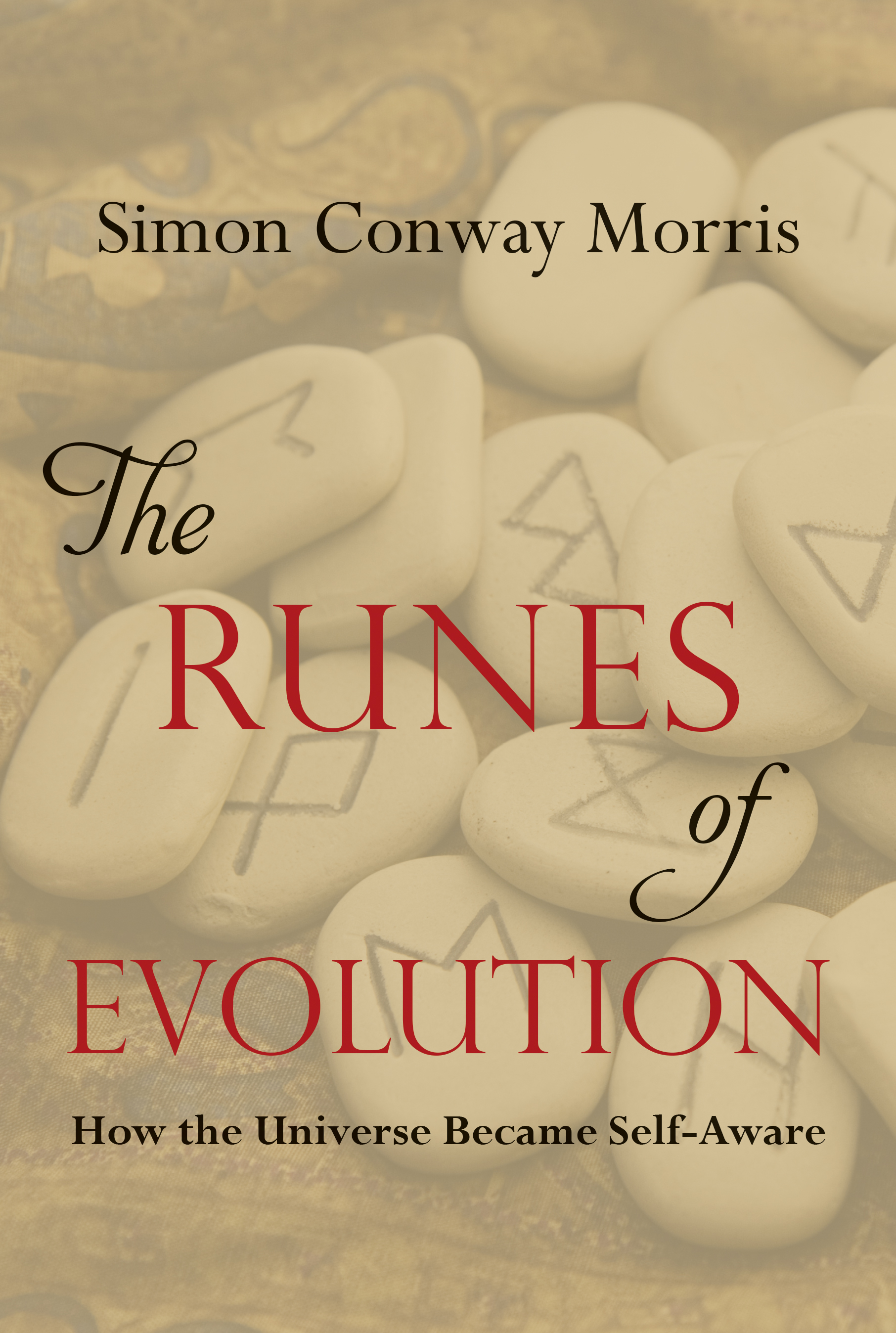 111 thoughts on “Simon Conway Morris’s new book once again claims that the evolution of human-like creatures was inevitable. He’s wrong.”