Okay, I have my pile of free hardbound copies of Faith Versus Fact (it’s part of my contract), and I’ll offer a few to readers over the next few weeks.

But they’re not free, for you have to win a contest. The single winner of this contest will get an autographed copy of the book with a cat drawn in it (to your specification). This week’s contest is easy. Just put in the comments of this post the answer to the following question:

Recount the funniest or most embarrassing thing that ever happened to you. (Note: it doesn’t have to be embarrassing if it’s just funny, or it can be both.)

Remember, the quality of writing counts: your anecdote should be written as a very short tale.

The deadline is a week from today: Sunday, May 10, 2015 at 1 p.m. Only one entry per person, please, and late entries will not be considered.

The winner decided by our secret crack panel of judges, and the book will be sent out shortly after the issue date (May 19). 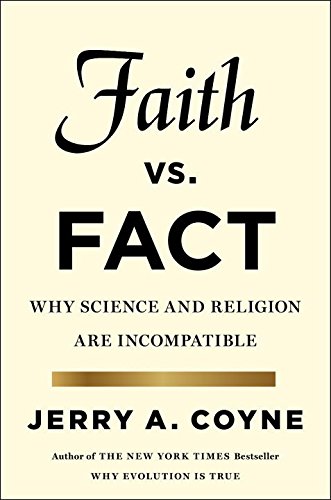 There will be at least one more contest after this.

427 thoughts on “Contest! Win a first-printing hardbound copy of Faith versus Fact”