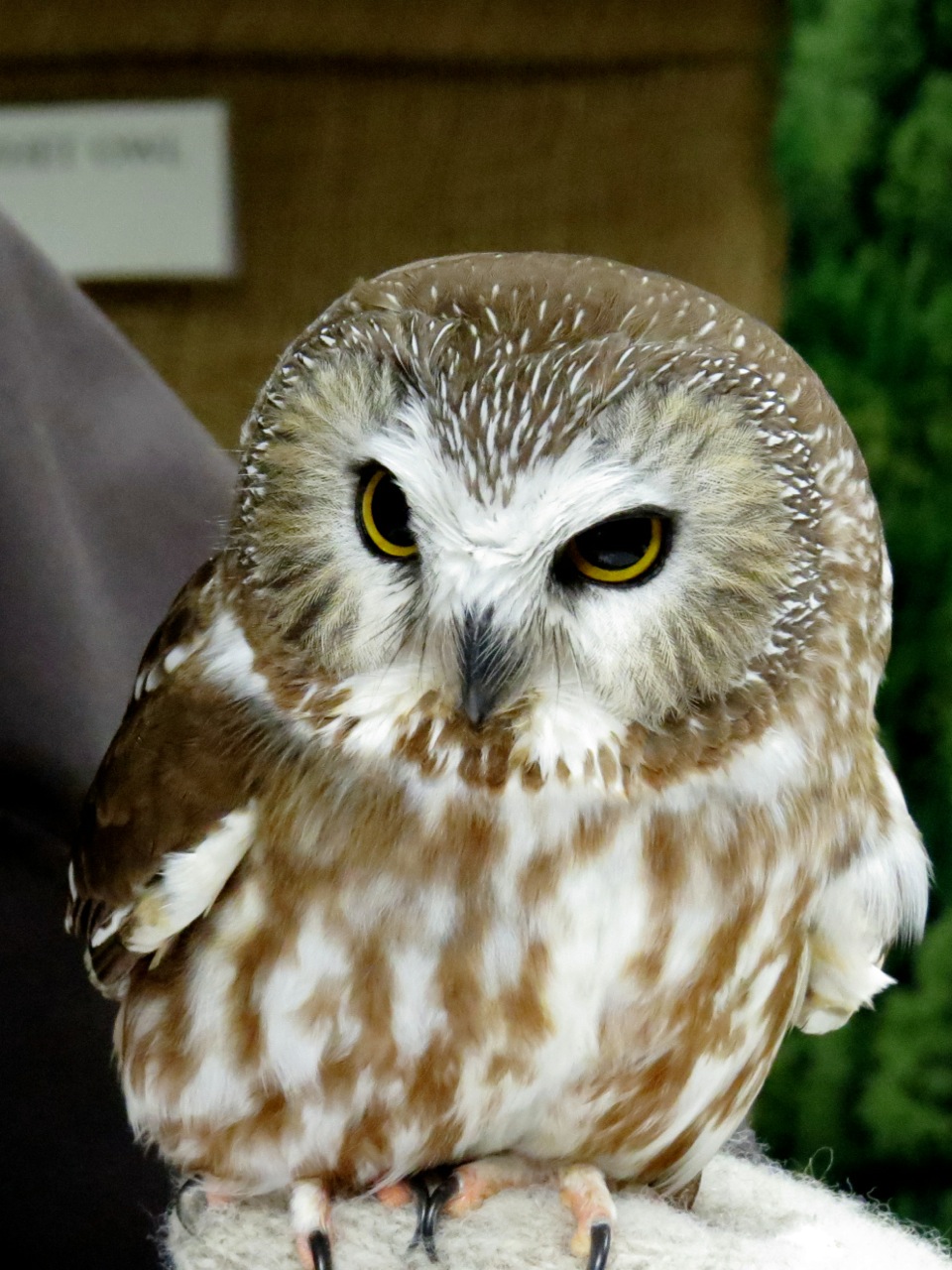 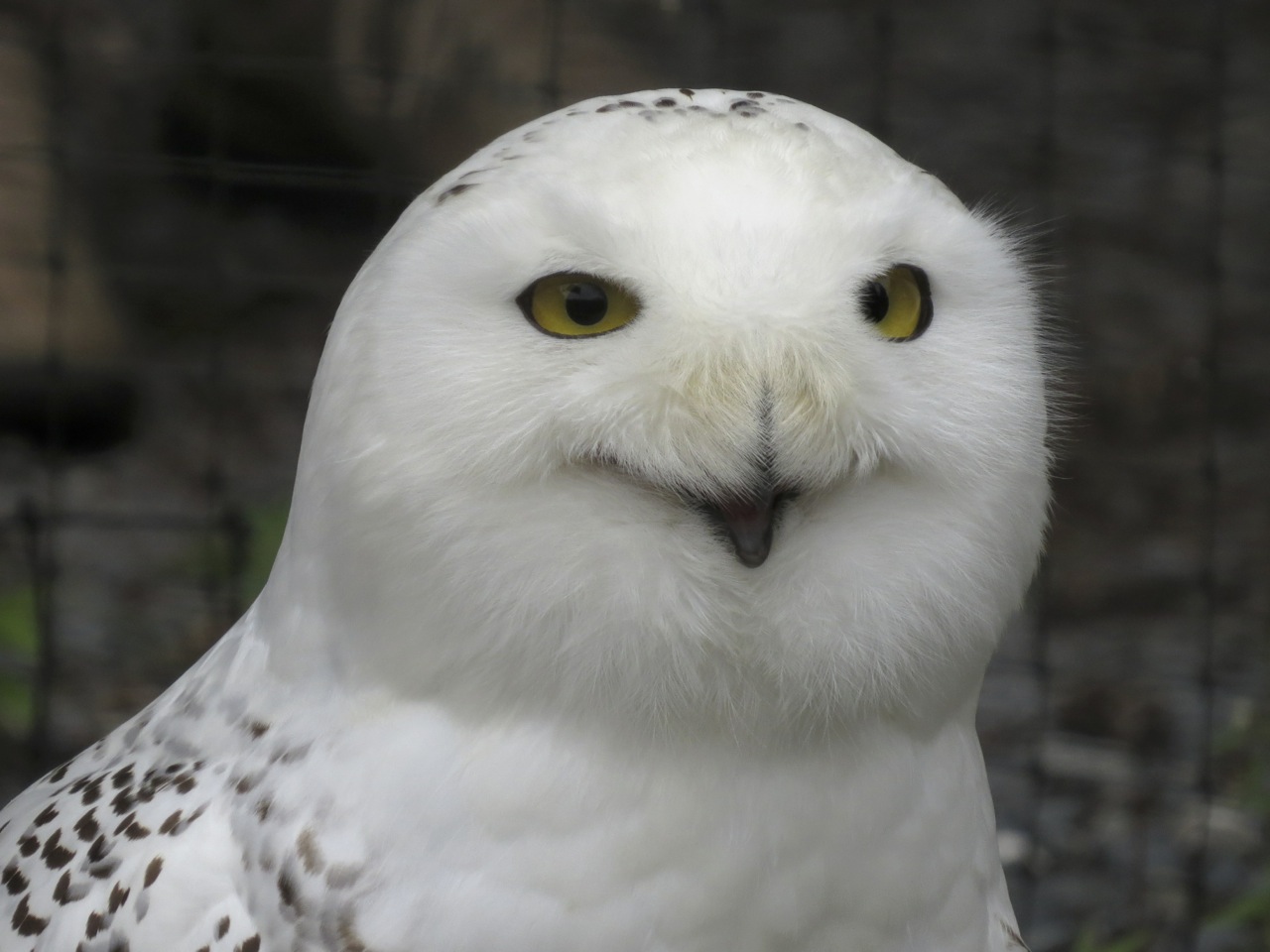 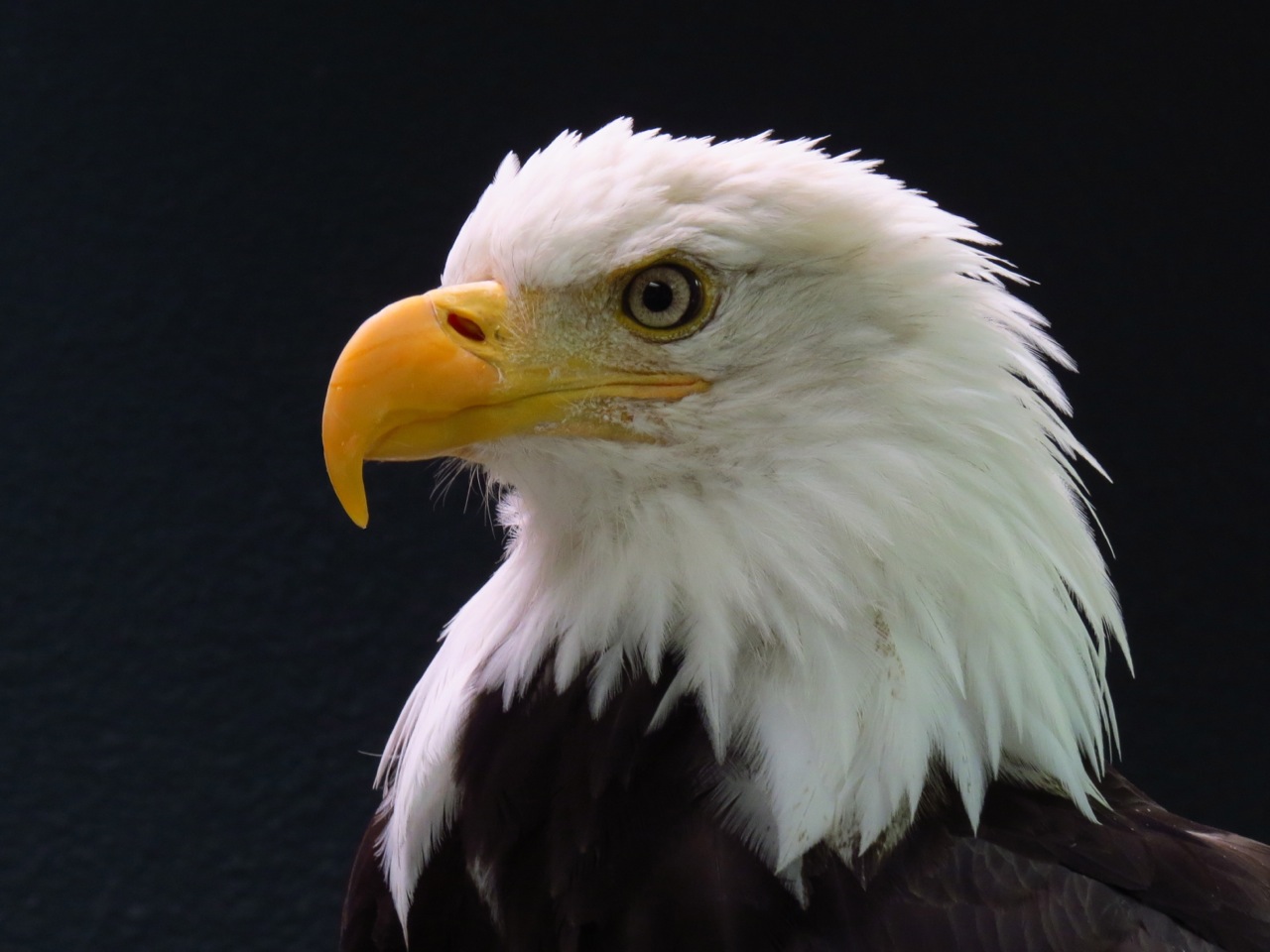 While vacationing in Telluride, Colorado, I looked out the window and saw this bobcat (Lynx rufus). I took these with my cellphone. The third photo is my cat, Woodstock. 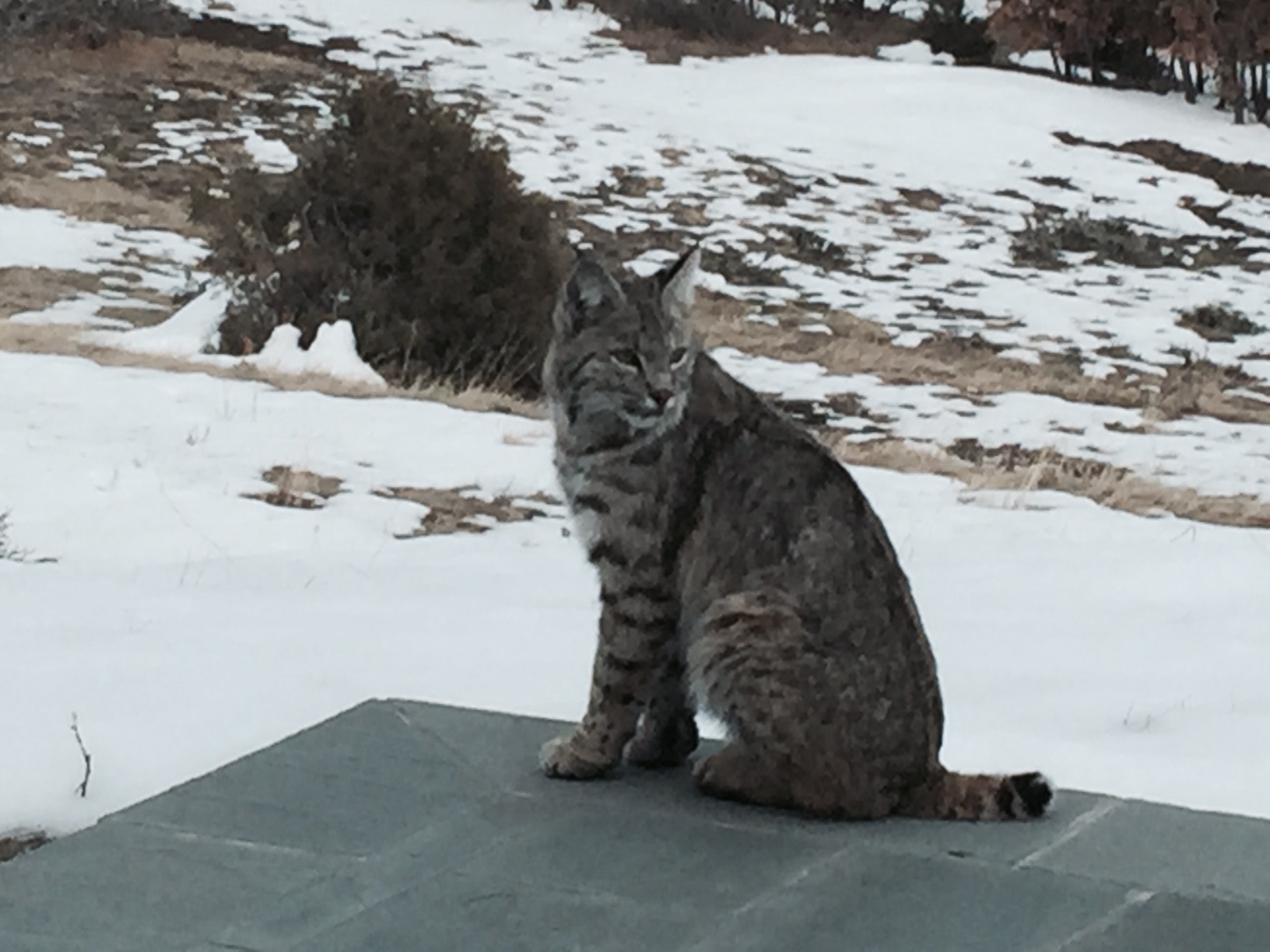 In a Shawnee tale, the bobcat is outwitted by a rabbit, which gives rise to its spots. After trapping the rabbit in a tree, the bobcat is persuaded to build a fire, only to have the embers scattered on its fur, leaving it singed with dark brown spots. 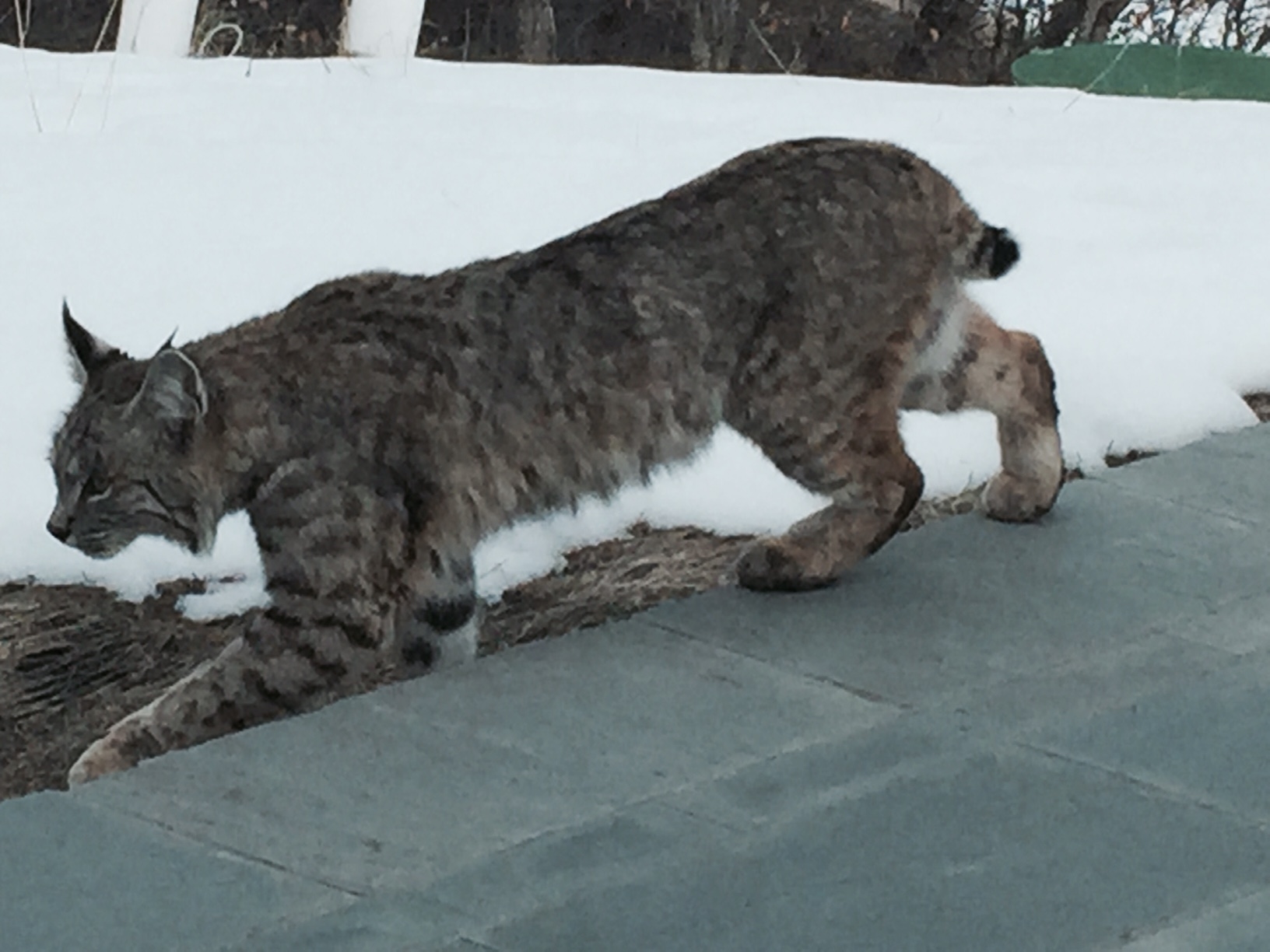 Harry slipped in his own moggie which, according to Timetree, is about 7 million years diverged from the bobcat: 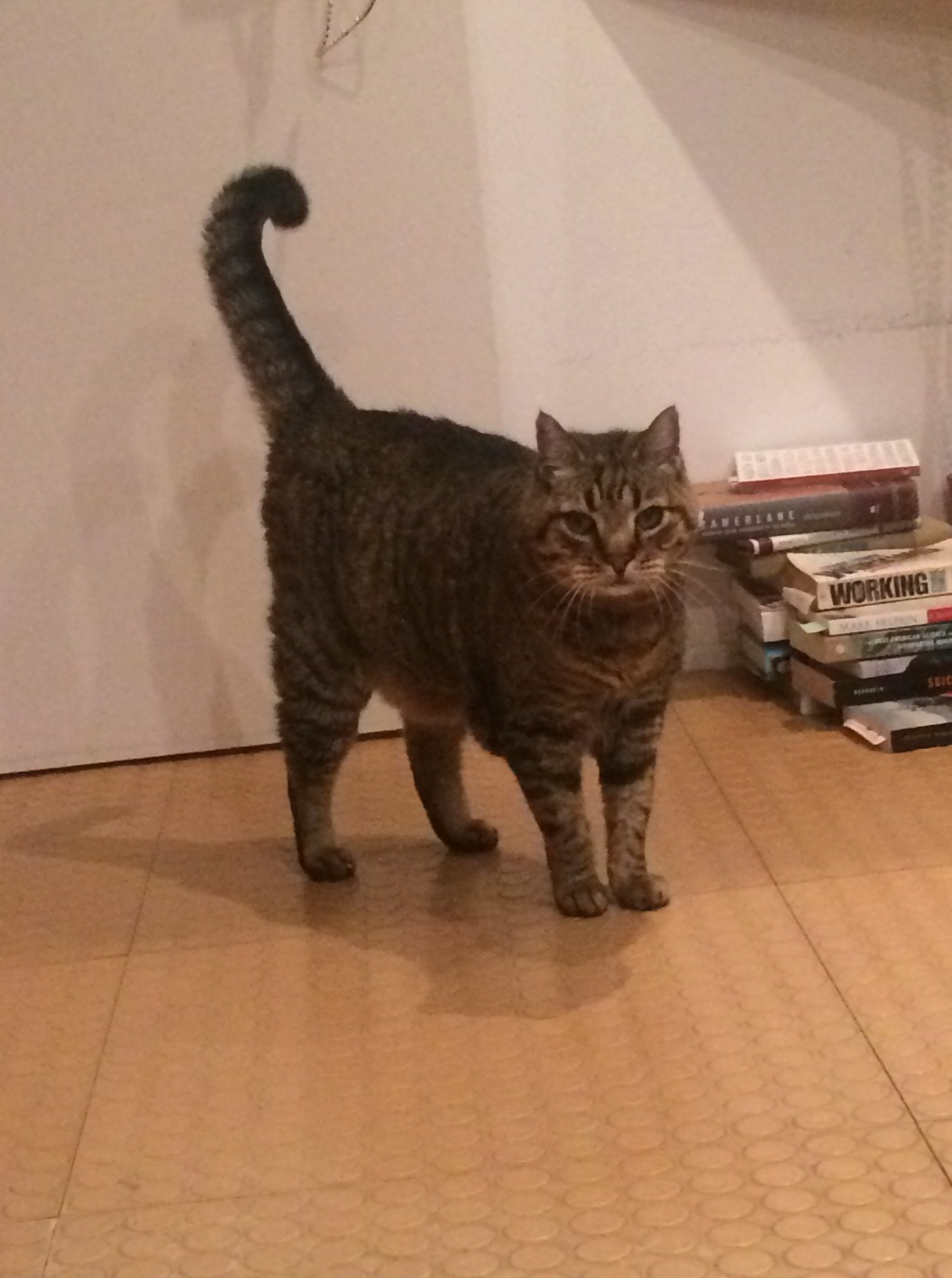 Here is a picture of part of the Milky Way showing the Southern Cross (just to the left of the dark area in the middle) and the Pointers (the two bright stars toward the bottom).

If you draw an imaginary line through the long axis of the Southern Cross and second one at right angles through the midpoint between the Pointers, the lines cross very close to the Southern Celestial Pole (true south).

The bright collection of stars above the dark area is the Running Chicken Nebula. [JAC: What??] 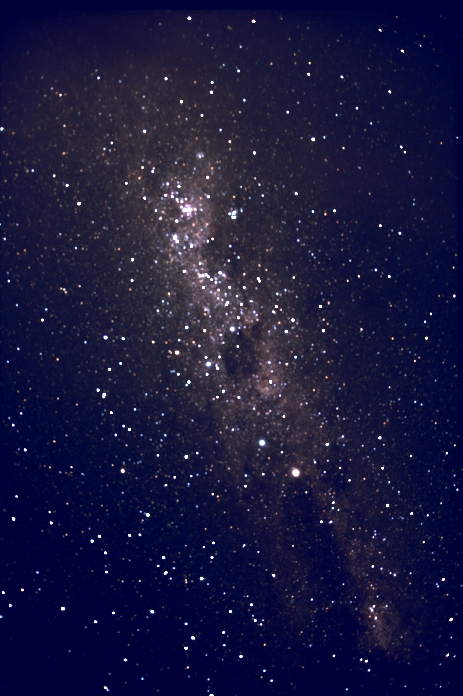