From time to time I check the geographical location of the readers. When do, I find that we’re read pretty widely: in fact, the only three places where I almost never get hits are Mongolia, North Korea (only the elite have Internet there) and several countries smack in the center of Africa. Well, I checked again yesterday, and am pleased to report that we now have invaded every country in the world—including those pesky Central African ones—save North Korea. (One glorious year, though, we had two views from the DPRK!).

Here’s the map of readers over the last 365 days. Naturally, anglophones dominate, though Germany has more readers than other European countries: 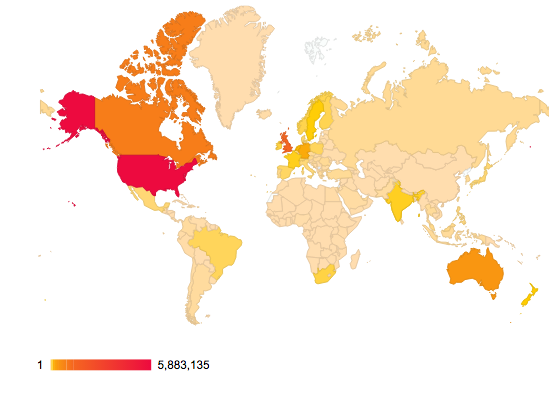 Note that there are no white spaces except for one—the lacuna between south Korea (which looks like an island west of Japan) and China. That is the DPRK. If only we could fill in that blank!

In an attempt to do so, I’ll try to lure Kim Jong-Un back by posting a picture of him and the execrable Dennis Rodman, the Basketball Ambassador to Hell™.  Come back, Dear Leader, and be my reader! 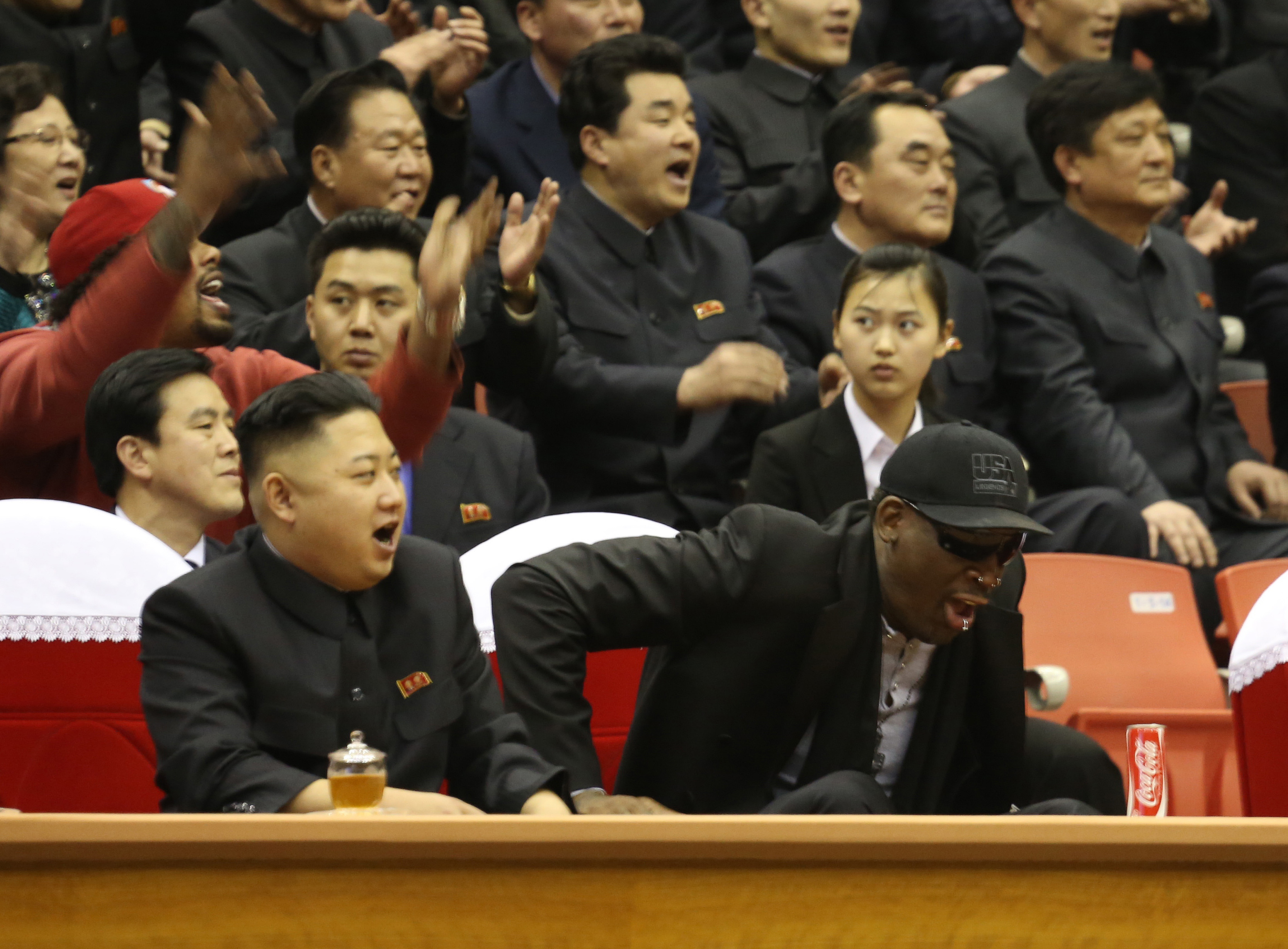